Is This My Page?

You darn right it is! Black Panther fan. Ship quite a few things including low key yet high key T'Cherik. I just wanna chill. P.S. 📣 ERIK KILLMONGER IS A BOTTOM BOY!

We looked inside some of the posts by awakandangoddess and here's what we found interesting.

I’d have to wait months or even years for another chance to reblog this, so why the fuck not?

next days you can reblog this on a Thursday the 20th

You know, just in case you wanted to set your queue for the next 6 years

HAPPY THURSDAY THE 20TH EVERYONE 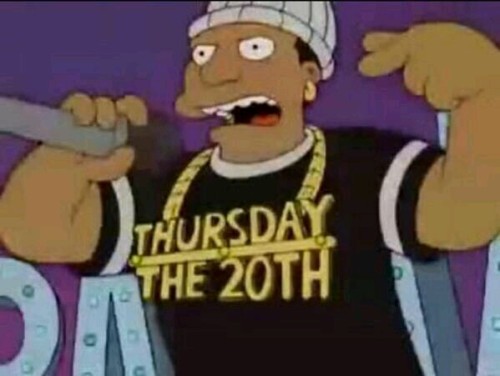 For SURE! Unless he has ingested the heart-shaped herb then he’s not.

3 notes · See All
awakandangoddess·a month agoAnswer
How would erik handle walking around with a Butt plug in him all day that vibrates?(it was out there by t’challa of course)

Erik is walking around the palace while T'Challa is in another meeting. While doing this he feels the butt plug vibrate and slightly move making him wince, but let out a loud moan at the same time. He’s thankful no one was around to hear him, but T'Challa is getting on his last good nerve with this plug. Although, it was Erik’s idea as a way to spice things up.

“This nigga here,” Erik struggles to mumble. “How can he do this in a meeting?”

The plug is still active for about another minute before it stops. Erik is leaning against the wall trying to regain his composure.

“Shit! He’s really trynna get it tonight,” Erik says to himself as he straightens up and acts as if nothing happened.

It’s the end of the day and Erik should be chilling in him and T'Challa’s quarters. Instead he’s on the bed, face down, back arched, and ass up in the air moaning and screaming as loud as he could. The butt plug is set on the highest level possible which sends Erik into overdrive.

“Ah fuck!” He screams. He knows T'Challa’s doing this so Erik would be prepared for him when he gets back, but damn it’s tortuous as hell.

“Hello, Erik. Did you enjoy yourself today?” Erik doesn’t say anything as he’s too worn out to answer.

“I’ll take that as a yes.” T'Challa walks further in the room towards Erik. He strips him of his clothes and removes the butt plug throwing it in a chair in the room.

“Are you ready for me?” T'Challa asks as he kisses Erik on the lips.

“My pleasure,” T'Challa teases as he strips himself of his clothes before placing himself on the bed ready to make love to his consort.

So I had to do it. I had to turn this into a short story. I hoped it answered your question and that you enjoyed the one shot.

#ask me stuff, #ask away, #ask me anything, #ask, #for anon, #thank you for asking!, #anonymous, #hope you liked this anon, #i hope i answered this well, #awakandangoddess, #send me anons, #send me asks, #send me stuff
4 notes · See All
awakandangoddess·a month agoText

Tumblr really needs to have a save draft button for asks. I start writing, forget what I’m going to say next, but I have to keep going because I can’t save it.

#tumblr, #get it together, #save button
1 notes · See All
awakandangoddess·a month agoAnswer
What do you think T’challa would have to do to get Erik to say he hated him? (Like after they’ve confessed their feelings and shit)

I’ve been thinking about this question. It’s a good one.

T'Challa would have to hit Erik where it hurts most. And that would be not being actually sensitive to all Erik has been through in his life. From his mom being away in jail, his dad’s murder, growing up quickly, and wanting to avenge his dad’s death. T'Challa empathized with him, but if it all turned out to be a lie just to get Erik to not destroy Wakanda, he’d do more than hate T'Challa, he would want to kill him all over again.

Not really. However when T'Challa works his magic on Erik then he is. 😉

Black girls deserve to learn free from bias and stereotypes.

Most black girls experience this hatred at schools. And classmates are not the only problem, there is no support from teachers, too. That’s why they get so affected by their school experiences. Black kids deserve to be treated just like everybody else, they want to study, they want to learn something ,too. However due to prejudice they are 5 times more likely to be suspended than their white peers and it can ruin their lives forever.  National Women’s Law Center created this video to change the situation. Join the movement to help black girls feel normal and get the same opportunities everybody else has.

Finally something focusing on black girls!

WAS ANYONE EVER GONNA TELL ME THAT WOMBATS WERE FUCKING HUGE?

I’m glad I’m not the only one who sees this. Are wombats really that big? I know it’s Australia but I thought they were wayyyyy smaller. Dang just dang. 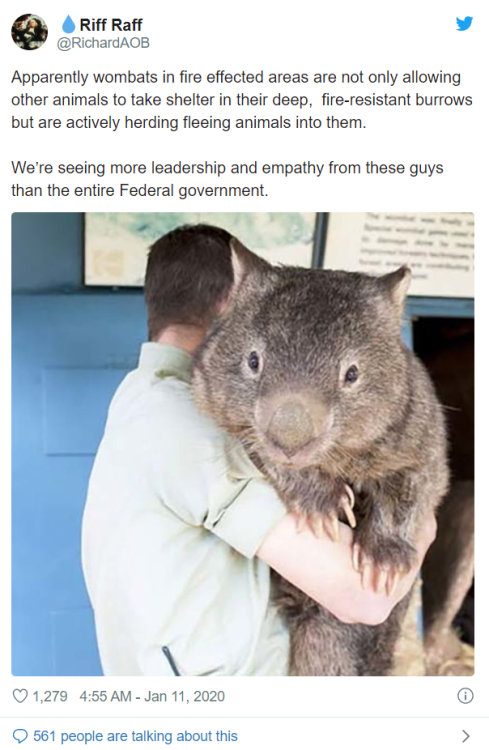 #help me lord, #help police
140K notes · See All
awakandangoddess·2 months agoAnswer
What does t’challa do when Erik queefs during sex?

He enjoys the heck out of it. It lets him know he’s beating up Erik’s walls and it only makes T'Challa go faster until Erik can’t queef or walk for the next few days.

#send me asks, #ask me stuff, #ask me anything, #ask away, #ask, #for anon, #awakandangoddess, #anonymous, #hope you liked this anon, #send me anons, #dear anon
5 notes · See All
awakandangoddess·2 months agoPhoto 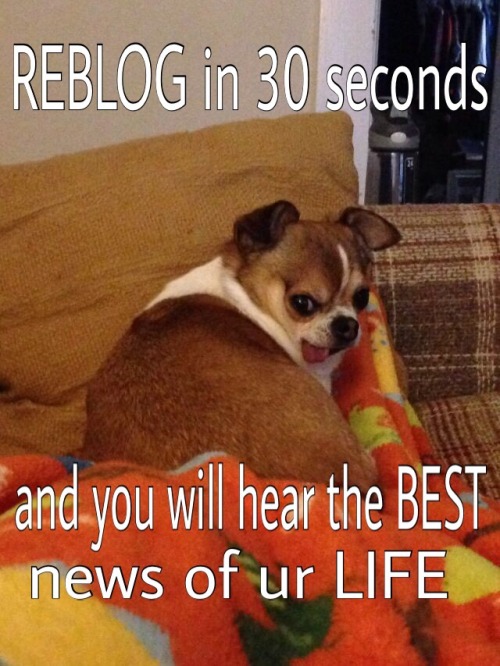 “I know no one cares, but this is illegal.” 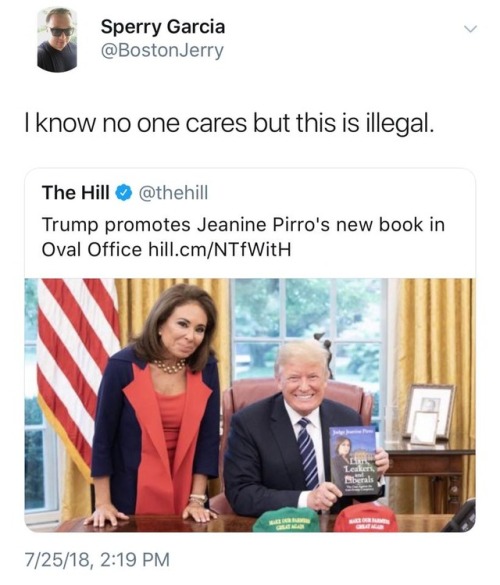 108K notes · See All
awakandangoddess·2 months agoAnswer
In my future one-party state, fat people will not be allowed to attend or participate in Renaissance Faires.

Is this Future writing this? What are you doing on Tumblr?

😂😂I’m half kidding yet serious.

Just picture T’Challa coming in from a long day of meetings, ready to see his baby and chill out with him until dinner. As he enters they’re shared space, he hears the sound of moaning. He definitely knows Erik’s moans from anywhere. T’Challa walks quietly to the entrance of their bedroom to see Erik laid out on the bed, eyes closed, back arching off the bed, mouth open wide, all while jerking himself stick with his hand back and forth. Seeing this sight of Erik has T’Challa on hard immediately. He wants to interrupt, but doesn’t want to ruin the moment. Instead, he stands there and watches Erik like he’s a move until he starts moaning out T’Challa’s name.

“Ugh, T’Challa! Fuck!” That right there was enough to make the panther come out of T’Challa.

T’Challa clears his throat loud enough to where Erik stops what he’s doing and opens his eyes to see his partner standing there with a smirk on his face.

Erik shrugs his shoulders. “You haven’t been giving it to me lately, so I gotta do what I gotta do.”

T’Challa lays himself on Erik’s body with that smirk still on his face. He kisses him lightly before pulling away and going towards Erik’s ear.

“Take care of me then,” Erik tells him before they start kissing deeply while he’s tearing off T’Challa’s clothes for a round of love-making.

To the person who asked this, I’m just now getting your ask and I’m sorry it took so long. I hope you like this. I wanted to write a quick short anyway. 😀

5 notes · See All
awakandangoddess·3 months agoAnswer
Do Wakandans have Christmas??

Wakandans have a different form of Christmas. It’s not exactly called Christmas either, but something else instead. What it is I can’t remember. Oops! But when N’Jadaka aka Erik gets to Wakanda and introduces the idea of Christmas to the royal family, both T’Challa and Erik combine their traditions to have the best dang holiday celebration ever!

I hope this answered your question!

Happy Birthday to this gorgeous man (and my husband) Chadwick Boseman! 🥳

Since @usefulrein had to remind me what today was and no one *coughs* Michael didn’t wish him a happy birthday. 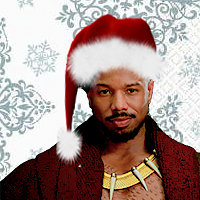 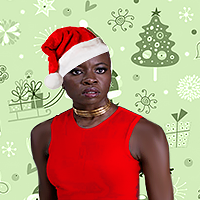 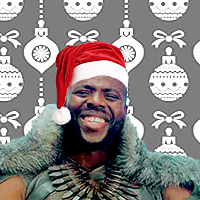 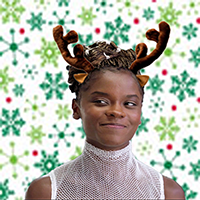 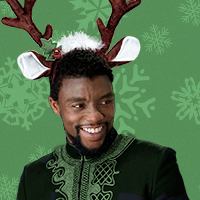 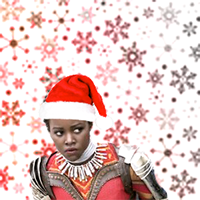 Where has this video been for the past 7 years of my life?

6 notes · See All
Next Page