We looked inside some of the posts by mosqa and here's what we found interesting.

DND — VERMILION BLOOM
Vermilion Bloom is the name of my current campaign, happening in a city of dangerous plots and lurking vampires: “Il Susurro”. The name of the campaign comes from the treasure of the italian-like land, the Red Leaves, a powerful and prized hallucinogenic spice.
Staring 3 charismatic boys : - a Vengeance Paladin of Kelemvor, the half-elf Aero, who notably tamed the demonic dancing dagger Kernolis, and has had emotions, once. (This dagger is a redesign of Mr James Gifford Dancing Devil) - the Valor Bard goliath, Baru, a honest clumsy party boy full of good will with a talent for double hammer-dances. - the Archfey warlock / rogue tabaxi, Cheat-with-Cards, played by me, a sneaky liar abusing deceptions and illusions.
One of our player (the bard) is leaving for Berlin, we’re gonna miss it so much, and this campaign have been very important for me, helping me deal with my PTSD after last year’s agression. I wanted to celebrate my MJ’s talent and all the fun we had.
https://www.instagram.com/luca_mosqa/ 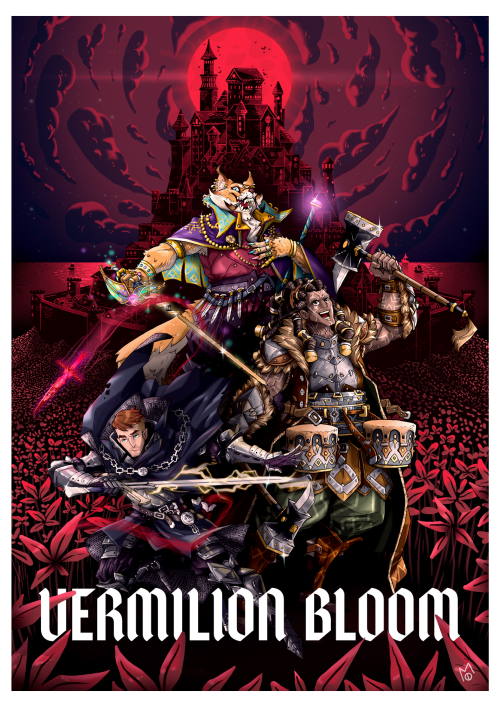 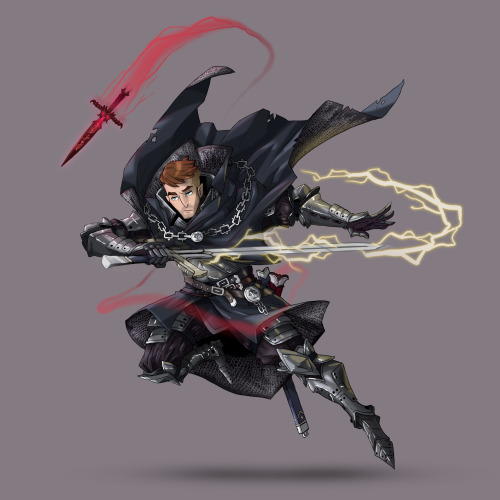 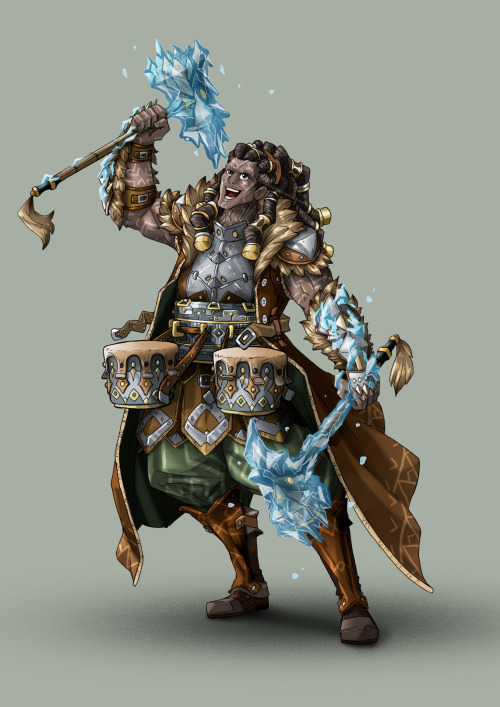 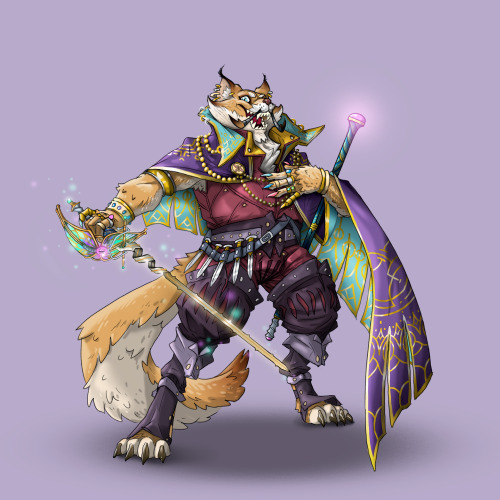 Kazu is our party’s rogue, my sister’s bf character. He found a magic sword recently and has a mysterious cursed arm… also, he seems scary and badass (he’s quite agile for sure) but is actually so freaking dumb that my cleric character sometime hesitated to heal him…

I mean, he set on fire the room we were stuck in…
We had a good laugh. 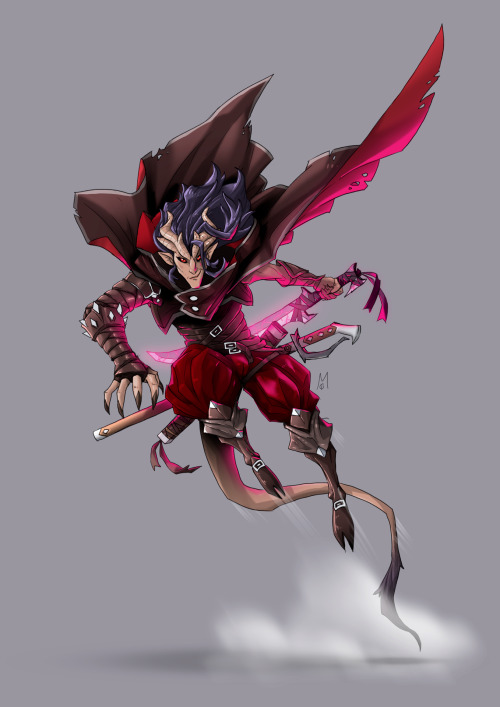 This is Rana, my best friend’s halfling druid (circle of shepherds) and Tchip, his pygmy marmoset buddy. He has elven ancestries, a thief background and a friendly but moody personality.

He recently acquired a lightning enhanced sling, which he can use his magic stones with. It is called the Dynamo-Sling, and it has the property to amplify each round. It does 1D4 bludgeoning damage (1D6 with Magic stones) +1D4 lightning as a base damage. Using your bonus action, you can start turning it around on your turn (and do something else with your action, like cast a spell or take the dodge action). Each subsequent turns, you can use your bonus action to keep charging it. It gains 1D4 lightning damage for each turns you keep charging it without attacking with it, for a maximum of 6 turns. If you take damage while charging it, you need to perform a concentration check or loose the charges.

While certainly impractical, it has the property to be fun to use. 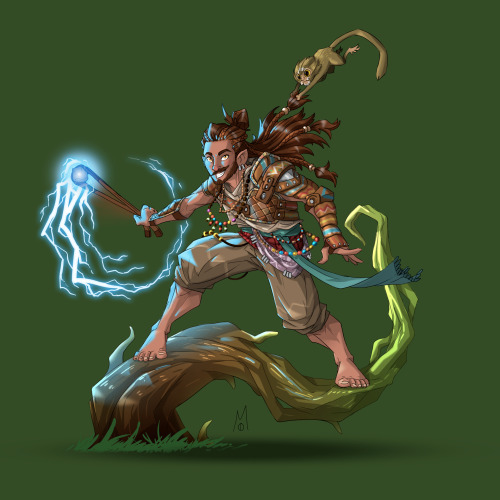 My little sister’s goliath monk, whose name come from a triple typo she made while making her character… she seems dextrous, full of grace and delicate, but my sister is more of an elephant in terms of subtility, and Tot’s reckless and sweetly dumb behaviors have become a meme in our party… 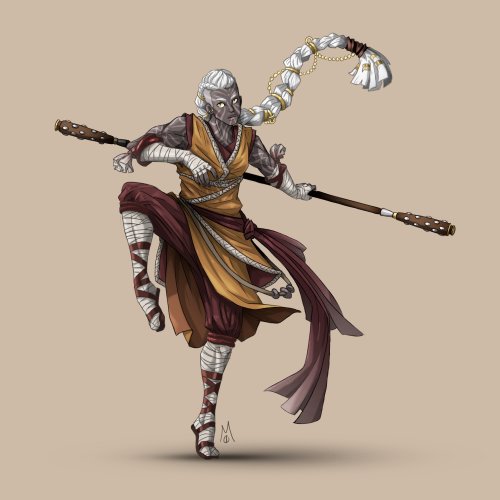 I wanted to build a divine character who wasn’t a cleric. I liked the idea of a Hexblade Aasimar whose pact was made with their own guardian angel, with whom they also make an oath later to become Paladin.

Since they uses their sword with their casting ability (charisma), I imagined they could just have it float around them by magic (still takes their hand’s motions and can’t make range attack, it’s just aesthetic).

The halo blade is their Spiritual Weapon (oath of conquest). 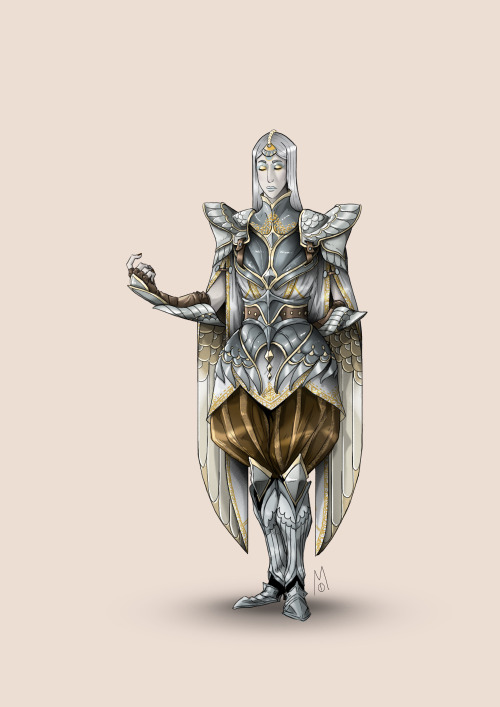 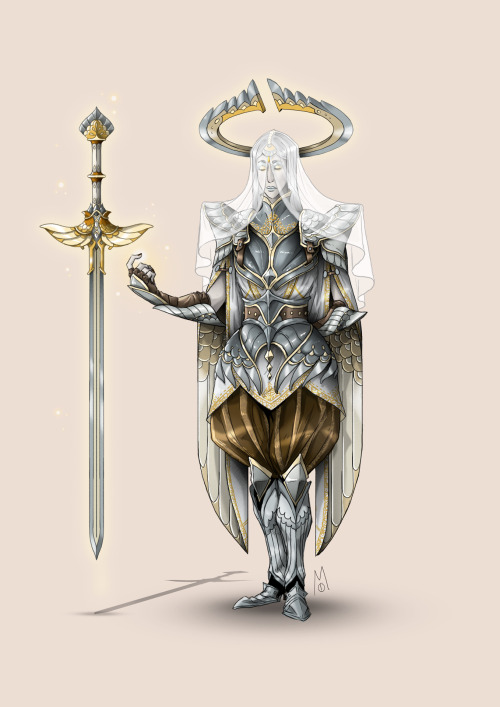 He is perfect for a Lolth ranger NPC. 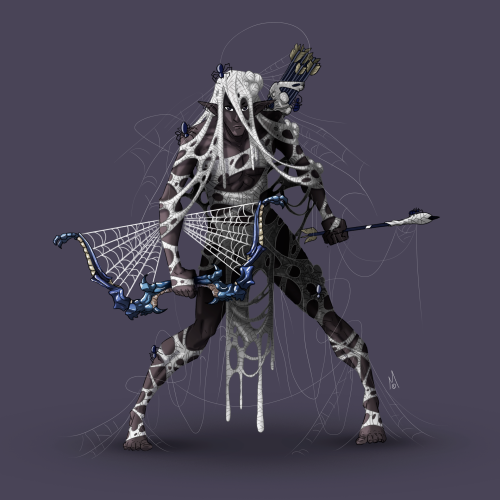 Clearly inspired by Bastion from Overwatch, “Gentle” is a kind and tender Warforged of loving and protecting nature. But if needed, he can reach into his fighting protocols and engage his battle-mode while raging. His face is then covered with a mask (usually kept behind his head) and he becomes a brute force of destruction. 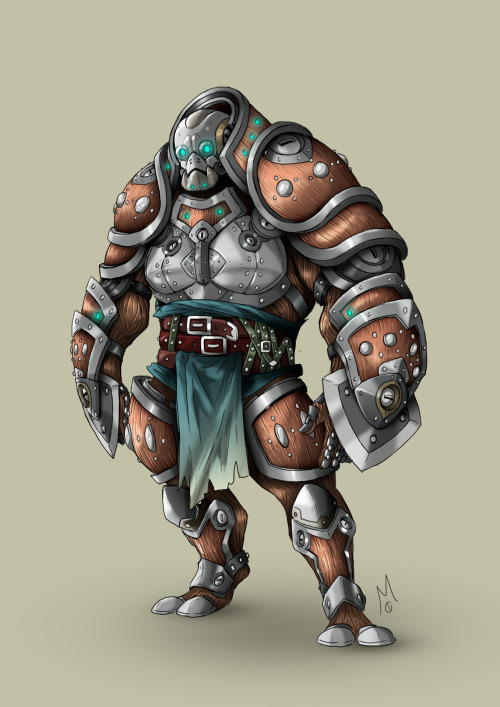 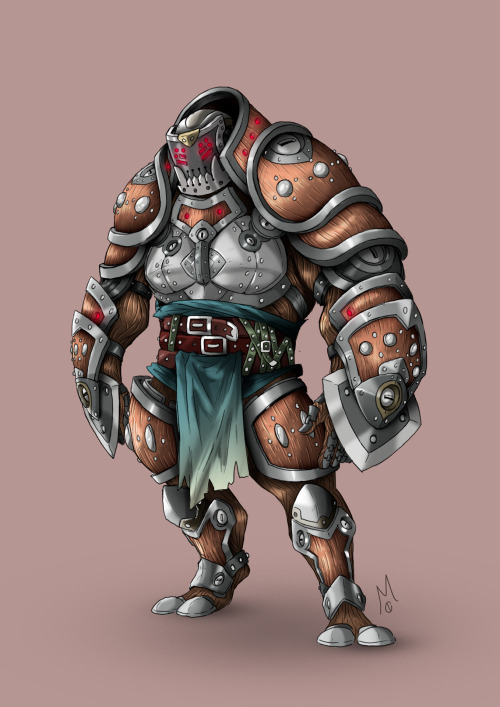 Hamlin is inspired by the quasi-eponymous pied-piper of Hamelin. I wanted something joyful but related to rats, and since they’re a plague-related species, I designed this plague doctor mask as a sort of flute, the beak allowing to play music, like a bird.

It is designed as a NPC for low level encounters and small quests (neither an ally nor an enemy).

The mask counts as a Pipe of the Sewers, and the cape is a homebrewed magic item :

- Cape of Feathers - uncommon wondrous item, attunement : while attuned to this cape, you can cast Feather Fall at will. You also have 4 charges, which you can use to cast the following spells : disguise (1 charge) color spray (1 charge) or fly (3 charges). You regain all charges at dawn. 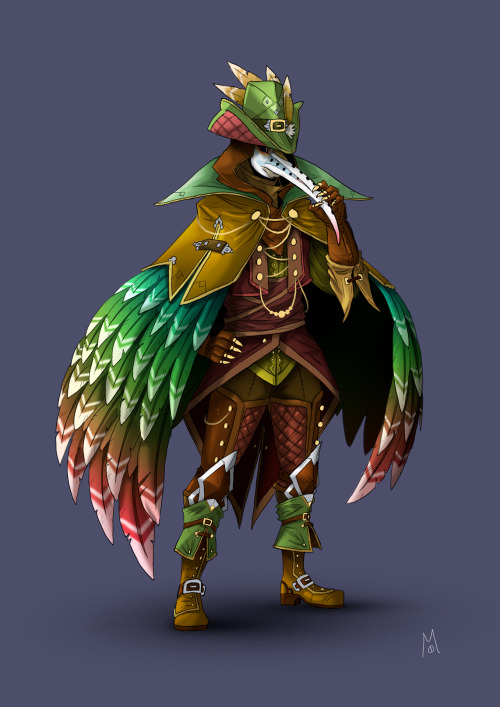 Well, like I said in some art I posted a little while ago, I have experienced a “little setback” last year (stuff stolen, my face beaten, nice PTSD and other fantastic events). I had lost a lot of my work, and I have been actively working on rewriting / rebuilding for a couple of months now. Before that I was too depressed and distressed to be actually efficient. DnD has been a big help in reconnecting to my passion for RPG (and exteriorizing my demons).

But Subventure is coming back, and it is better than before actually. Some stuff have changed, some stuff are new. There’s now a clear definition of class which actually helps get into the world : Cultist, Occultist, Psycker, Mercenary and Ingeneer. Each with various subclasses (I could be more precise if you want but I don’t want to make my answer too long…) There’s also a new system for some stuff, I’ve made a new character sheet layout and there’s a new race : androids.

I’ve been planning some arts but with my job I easily tend to just do DnD doodles, which are quicker and less ambitious ^^

Kriv is a talented liar of the college of whispers, often passing himself as a lizardfolk. His breath and his words are as poisonous as his two shortswords, dubbed the Snaketongues. 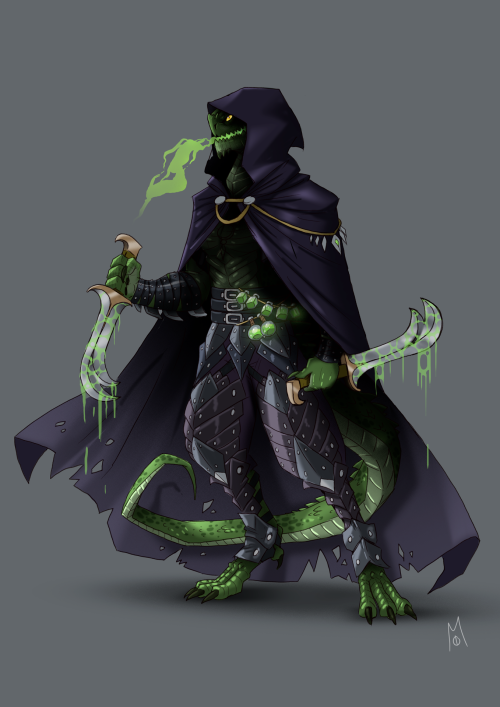 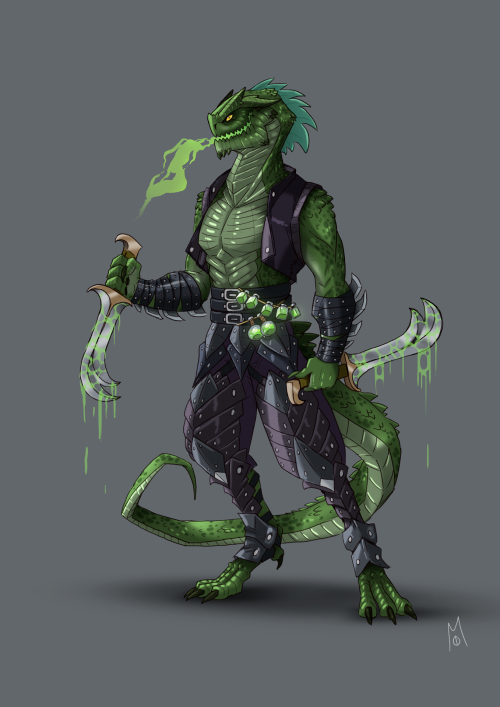 I recently had the chance to do a shooting photo for my job with a gigantic cuddly Chewbacca, which was the giant hairy hug I needed at the time.

Well it’s a bit monotonous, in the sense of obvious. I don’t care about the fiend pact actually so…

Class is hard, but subclass ?

Your intelligence has built and incredible armor of mechanical or artisanal construction. It takes half of your damage and makes you one size larger while wearing it. You can use your Intelligence modifier for weapon attacks and Athletic checks.

- i love anything from the depths, and frogs, but I’ll admit it… I just love cats the most.

- I love poetry. « Le parti-pris des choses » by Francis Ponge is one I often come back to. But I really loved His Dark Materials as a kid.

He loves to be a pillow

Adran Naïlo is my elven samurai. I wanted to explore a mixture of samurai’s visual codes and heroic fantasy elven elements. Also, he inherently has the blind fighting option, but is considered “blind” if deaf or in a zone of silence to balance it. He also cannot read (or must touch a carved surface) or identify colors or other stuffs.

For the kensei monk we homebrewed/houseruled a rework more akin to the fantasy of the monk blade master : chose one melee weapon which is neither heavy or two handed (it can be polyvalent). This weapon is your kensei weapon and is considered a monk weapon.

- Flying blade : using a ki point, you can extend your blade as an attack in a 30ft ranged attack. The target suffers your kensei weapon’s damage + your martial art damage die. At 6th level you can spend two ki point to make it a 30ft x 5ft line (dexterity saving throw against your monk DC) and at 11th lvl you can make it a cone by spending 3 ki points. You can either use your strength, dexterity or wisdom modifier for this attack.

- Flurry of blades : when you use your flurry of blows, you can instead chose to make a single attack with your kensei weapon as a bonus action.

- Kensei Defense : when using your Patient Defense monk ability with your kensei weapon in hand, you gain +2 to your AC until the start of your next turn. 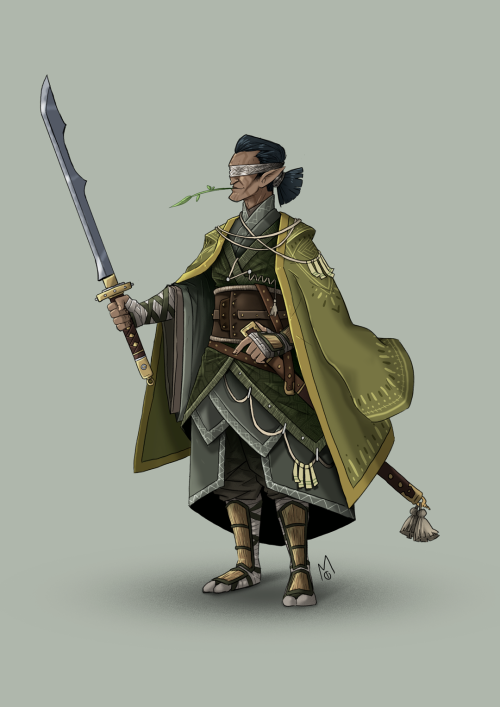 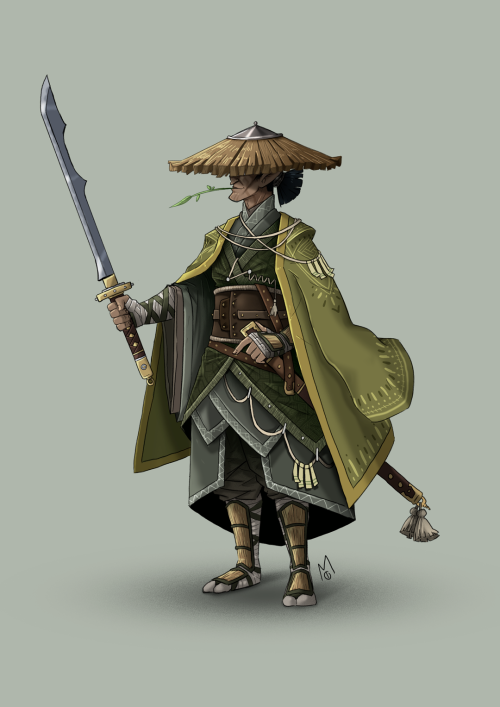 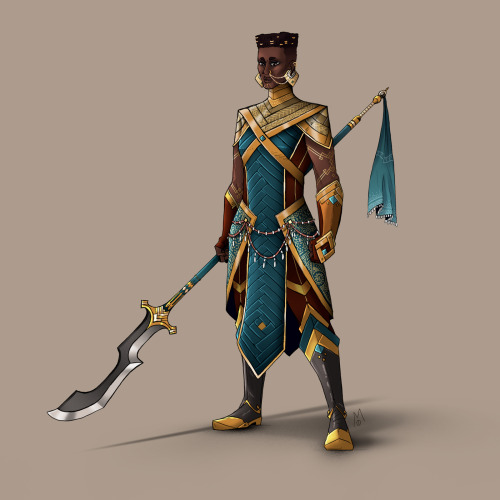 Trying a quick new style with Kriv, a toxic guy you might say…

(yes I know Dragonborn have no tails, who cares really…) 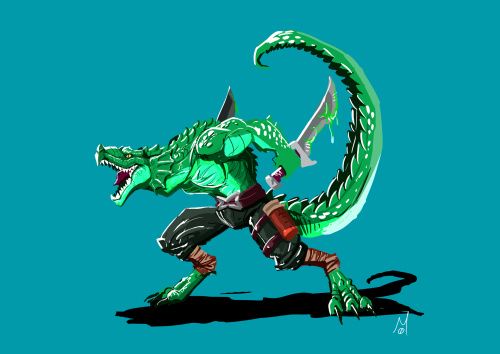 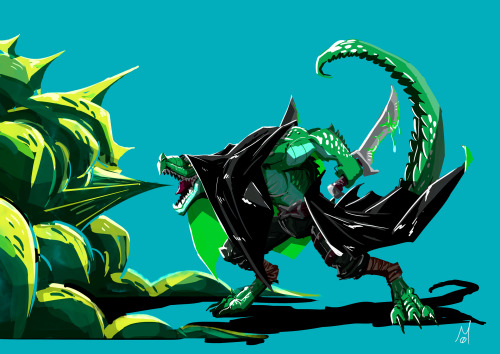