I whisper stories in the dark and hope someone hears them

We looked inside some of the posts by sintaspeaks and here's what we found interesting.

untitled iii.
What if my words fail?
They would, eventually.
But for now my words will float out of the page
and flaunt pictures and colours,
spilling out of the canvas because the paints wouldn’t stick.
If stories were wine, I’d crush myself just to squeeze out something beautiful;
dynasties of intoxication, dreams drunk on music and poetry.

oh you phantom feeling
you scary ghost
Why are you here?
Lingering on who I care about the most
Tangled in a shower of crepe paper streamers
billowing in the breathy breeze
and coming and going like the rain
I cannot even look at you

this morning i wake up to palpitations and heartbeats and dreams of running away from me.

i want to go back to bed

Hospitals
You’re scared for my health
But I’m afraid of myself,
Why shouldn’t I be?

Chained to the bed,
In shades of white and reds,
but no one is safe from me.

One day I’ll be harmless

Tonight’s one of those nights where I feel everything boiling under my skin.

I am choked up all the sharp little things people shove down my throat.

There’s a fire in my bloodstream.

Re-posted from my Wordpress Blog, originally posted on June 29, 2017

Earlier in the year, I read this large anthology titled ‘That Glimpse of Truth: The 100 Finest Short Stories Ever Written’. Of course, whether or not a short story was one of the finest ever written remains to be a purely subjective. I’ll admit, however, that the stories in that book were more than just fine. They had weight. They had substance. Specifically, The Hunger Artist by Franz Kafka left a great impression on me. The story recounted the lost profession of a ‘hunger artist’, one who starved himself for the sake of starving. The novelty of this art, like most things in life, had begun to steadily decrease over the years. Here the journey of a particular hunger artist was explored, from popularity to obscurity.

What fascinated me the most when I read it was Kafka’s use of hunger, a method of self destruction, as a metaphor for creation. To eat is crucial to living. It is vital. The hunger artist resisted basic biology, and deliberately placed himself in a state of extreme vulnerability. What is Kafka trying to tell us then? Is the craft of creation vain and ruinous? To make art is a damaging yet thrilling pastime that human beings have more or less mastered. By depriving himself of the essential and ignoring the cardinal requirements of the body, the hunger artist surrendered his chance at life for his art. It is a significant sacrifice. Yet to the hunger artist it was “easy it was to fast, it was the easiest thing in the world.” I can relate. Well, not necessarily in regards to fasting, but just as person who creates. I understand the hunger artist, though not because I take art as a subject at school, although I do, but rather as someone who writes.

Some days writing is easy, almost like breathing. Other days it is as useless and frustrating as foraging for pearls in a desert. It is a constant search for anything worth writing about. And either way, I am weighed down by the heaviness of  an unwritten word. The things I want to say sit at the tip of my tongue like a swimmer too scared to jump off the diving board.

 Kafka makes it explicit that there are things that we must surrender. We are all in the pursuit of perfection, it seems. The hunger artist yearned for “a performance beyond human imagination, since he felt that there were no limits to his capacity for fasting.” As human beings we never know when too much is too much, and we believe ourselves invincible. It is this notion that consumed the artist and eventually brought him to his downfall.

In the story, the hunger artist trapped himself, both literally and figuratively. First is the physical cage, provided for him to ‘hunger’ in, to which he stayed there of his own choice. There he deliberately put himself on display, and the spectators gawked at his suffering. But the cage eventually extends beyond the physical plane and manifests into a mental and emotional cage. It is a state of mind that he purposely put himself in. “He never left the cage of his own free will.”

Franz Kafka took the term ‘a starving artist’ a little too literally and created the epitome of the stereotypical moneyless, misunderstood artist. Kafka was a starving artist himself. Few of his works were actually published during his time, and what little that were, didn’t exactly make it to the Best Seller list. Like his own character, Kafka was never satisfied. He burned 90% of his stories when he was alive and his last wish had been for his journals, his letters, and his manuscripts, to be burned. This request was ignored, however, and they were published anyway. One could argue that the hunger artist’s story was autobiographical, but when you consider it, when is a piece of work ever not autobiographical? From the most comprehensive memoir to the simplest high school creative writing assignment, we put a little bit of ourselves into what we write, into what we create. The drive to create is present in all of us, though the urge maybe stronger in others. Nonetheless, the feeling is universal. To create is to suffer and we are all masochists. As the hunger artist said, “I have to fast. I can’t help it.”

In the end the hunger artist dies in his cage, unrecognized and unsatisfied, as he allowed his passion and pride to lead him to his grave. And it all led me to this one question: Would this be my fate too?

Writing is hard and I don’t know why I do it. It’s not a hobby. I don’t do it to pass the time. I do it so I feel real. I began writing as a way to remember specific moments. For some reason I felt that there was something about my existence that made it special enough to record. It began with a day that I wanted to document, and eventually evolved into a life I wanted to immortalize.

But now I’m past the point of writing for fun. Instead, there is an uncontrollable desire to create something better than I am that propels, if not forces me, to keep trying. Sometimes I work late into the night because that’s when creativity and motivation are at its peak. The human mind may be like the tumultuous sea, unpredictable and vast, but inspiration is nothing like the tide. It is not constant. When it recedes, who knows when it’ll return?

A form of recklessness does pilot the creative process, particularly mine, but hesitance gnaws at you, no matter how exhilarating creation might feel. Doubt grows. It is paralysing, in a sense. You stare at the blinking cursor wishing the story would write itself but simultaneously wishing it wouldn’t, because if it did then it wouldn’t be yours. The blinking cursor is, in some ways, worse than the clock’s ticking hands. Every moment that a word is not placed down, something is lost, something slips away unrecorded.

But in the end, will it be all worth it? Will I fade into obscurity? Maybe. But like the hunger artist, hope consumed my being a long time ago, and I’m too tired to disentangle myself from the fine mesh of aspiration.

So I run myself to the ground; I cut myself open, I bleed myself dry, I burn myself out. If I could, I’d trade my flesh for a message to convey and my heart for the skill to deliver it. I’d even rather be a pen without ink or a crumpled piece of paper in a waste basket. What use is a mortal body anyway? It breaks down, it has needs and necessities, it demands constant maintenance. But as long as a story is good, it’s immortal, something we as human beings, as impermanent fragile creatures, could never hope to become.

i dont search for answers
they all come barging through my door
unsolicited advice from the universe
i just want to be dumb, useless, and free
full of broken shiny things I found on the ground 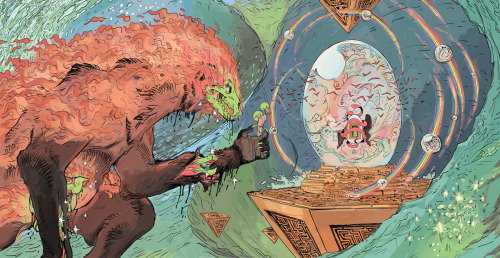 We wake up tangled in shed skins
Greeted by the morning crying like an infant
Just as all the bedtime truths we whispered to ourselves at night turn to dust,
So does the sunrise turns to ice
So does her eyes blink blearily
Easing easily to the light
As we  fight and fight and fight
Then she goes to bed
And I hate her
And I go to bed
And she hates me
And she wraps heavy blankets around us
To trap us in familiarity and routine

If you like my writings, consider supporting me by giving me a ko-fi!

Vyacheslav Nazaruk’s illustration for the tale “The Stone Flower” by Pavel Bazhov.

“The Stone Flower” (Russian: Каменный цветок, tr. Kamennyj tsvetok) is a folk tale of the Ural region of Russia collected and reworked by Pavel Bazhov. It was later released as a part of Malachite Box collection. “The Stone Flower” is considered to be one of the best stories in the collection. The story was translated from Russian into English by Alan Moray Williams in 1944, and several times after that.

Pavel Bazhov indicated that all his stories can be divided into two groups based on tone: “child-toned” (e.g. “Silver Hoof”) with simple plots, children as the main characters, and a happy ending, and “adult-toned”. He called “The Stone Flower” the “adult-toned” story. 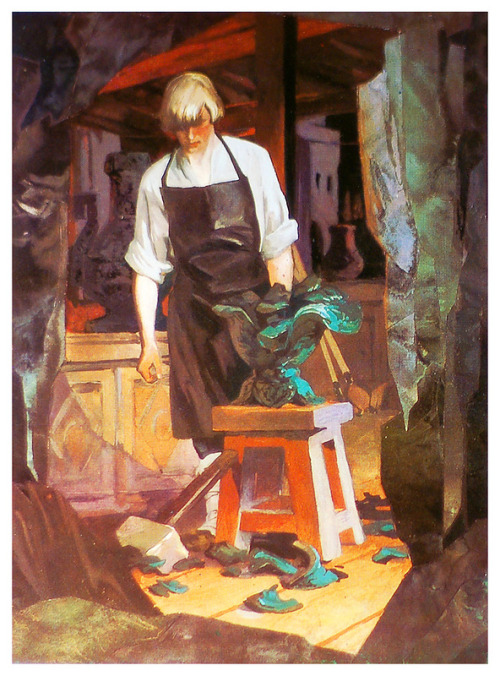 Studio ghibli tears
The secret is in the name
spirited away by the wind
As it skips through fields of summer colours
Is it mine?
do I have time?
It is the magic word, the holy curse

It is a fruitful darkness
when I forget my name
and remember yours
your name, that rushes like a river
The secret that flows like a memory
Out to sea, forever

I want to fade away,
transparent enough that the stars will shine through my soul;
the reinvented lady of the air,
daughter of the wind.

In the vacuum darkness,
On my hands and knees,
I grasp around for something to say 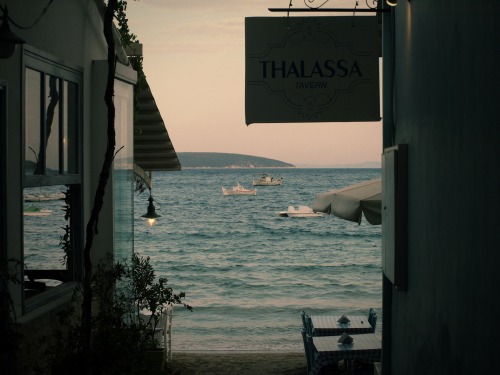 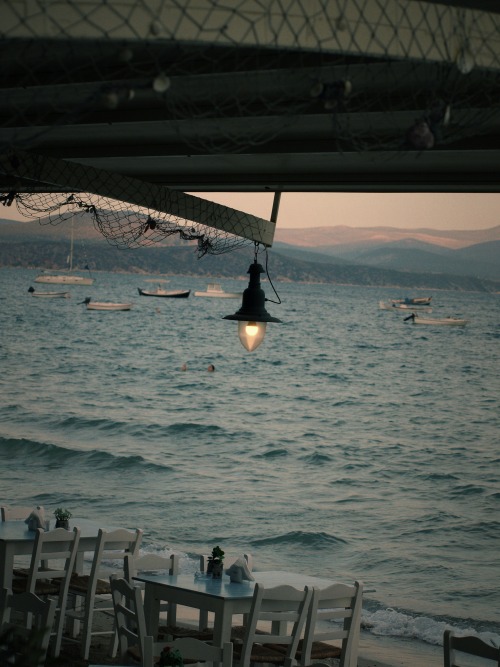 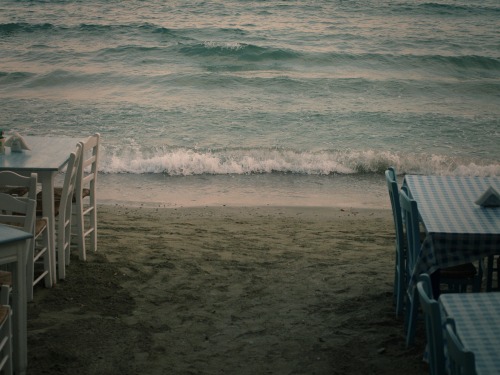 oh you phantom feeling
you scary ghost
Why are you here?
Lingering on who I care about the most
Tangled in a shower of crepe paper streamers
billowing in the breathy breeze
and coming and going like the rain
I cannot even look at you

and so the grand gesture makes a comeback. you’ve perched the gilded calf high at the edge of the wall, but what’s the point when no one is even here? they’re all waiting in line at the water pump, waiting for that mythical bucket of water, waiting for the rains to come back. who has time to look up and gaze at nothing, high atop that edge, into piercing lifeless eyes. who on earth has time to pray?

but there you are anyway, fascinated by the glint of yellow, the smooth skin. how did it get there, heavy as a heart, motionless as the moon, stiff like wall itself. is that the mystery to be solved? is that the miracle to be loved?

4 notes · See All
Next Page