This is the First Draft for my Movie Poster i will probably have to change a few things and Add some more text. 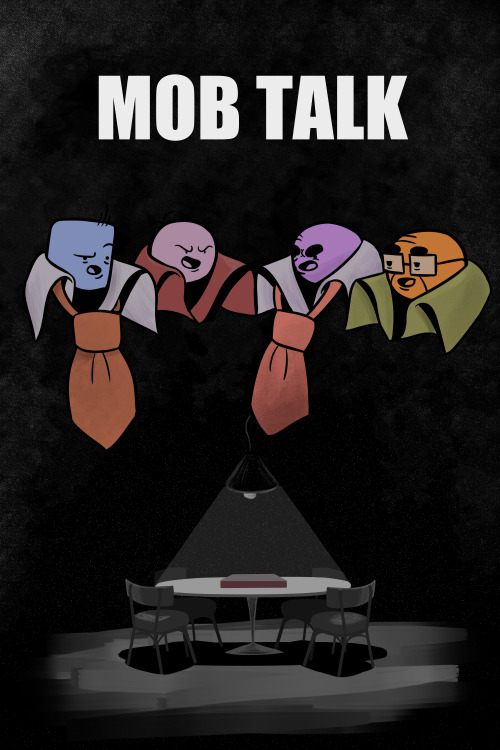 I have been looking into a few Movie Posters to inspire my own poster for my 3-minute film.
I looked at some popular Marvel Posters I feel like the black Panther is a very iconic marvel Poster. There is a lot going on in the poster. the choice of colour helps to catch your eye straight away. We quickly see the main characters in the film. The Black Panther himself is at the top and the largest as he is the main character. Followed by the other cast members. Below them all we see a futuristic city which gives the viewer an Idea of a setting for the film.

I’ve also looked at The JoJo Rabbit Movie Poster similar to the Black Panther Poster we see all the cast we JoJo right in the centre. The colour Palette used is That is  used by the Nazis and the clothes worn by the actors shows that this is a film based during WW2. Hitler being a dead give away but the hand gesture behind JoJo’s head indicates the Movie isn’t taking itself to serious.

The last Group of posters I have been looking at are very famous Gangster films that seem to use similar Black and White Palette and feature the main characters looking very serious and menacing. I will be using all these films as inspiration for my own poster

this is the next part of my Animation Nothing to exciting. Jackie is beginning to get frustrated at the table.

Today was are milestone 1 handin and I am just writing a small updated on the status of my work and how/ if I am keeping up with my timetable set for me.

For Milestone 1 I wanted to have the skinning done for the character which with the current test I have put the model through I believe I have achieved this goal. The next step for my model is to get the models retextures done which at this moment I only have plans for the Robot arm and though I am considering looking into adding some detail to the back of the Jacket to make it more intresting as this is how the player will mainly be seeing the player. I am confident I will be able to start my aniamations by the end of the week and get done Rogues Idle cycles.

Here is my First Full Skinning Test of my Drone Character for my game which overall I am happy with how this has turned out and think this model will be able to move on and focus on my main characters skinning so that I can be done in time for the milestone handin.

Today I showed Mario my current progess on my rig and informing him that I only had the thigh guards and fingers left to do though I showed him that I was having some issues with making the thigh guards follow the legs correctly. Mario gave me some suggestions for possiable ways for me to maybe try and see if they fix it but also informed me that if needed it might be worth considering removing them since I said that they don’t add anything to the character which he then explained to me that in the industry if something like this was happening that the lead may just say to remove it due to budget and time.

This is page 16 of my Graphic novel. The parts that are animated on this page is Ben rubbing his tired eyes, Dasher looking from left to right, and Fracture stepping into view with his foot showing on panel 3.

I like this page, because in panel one, I have designed the lighting to show that it is morning where Ben is. It will prove to the reader that 7 hours has truly passed. Plus, I chose it to be yellow because I wanted to us a different method of showing lighting inside a room.

He is a writer, illustrator, and a cartoonist whose work as beaten others in the New York Times. He has worked for Marvel Entertainment for 15 years and has made and illustrated spider-man, avengers, x-men, deadpool, Guardians of the galaxy and Magneto.

For five years, he has worked on the adaptation series of Oz comics, written by L. Frank Baum for the marvel entertainment.

In my opinion, this looks like the same art style as you would see on children’s television programs. It has a sort of likeness to the art style that attracts attention from readers to see this comic series. I like the art style on the front covers of the Oz series because the art is already speaking to me, as if it has a soul trying to reach into my eyes and pulling me away from the real world.

I have been working on the layouts of my Graphic novel to help me map out where the characters are positioned. I will think about doing some more layouts, but at the time I was mainly thinking about the indoor layouts. I wanted to improve on my skills as a graphic novelist, because by doing layouts I can position my characters to where ever I want them to be in the future. I have uploaded these into my art book. 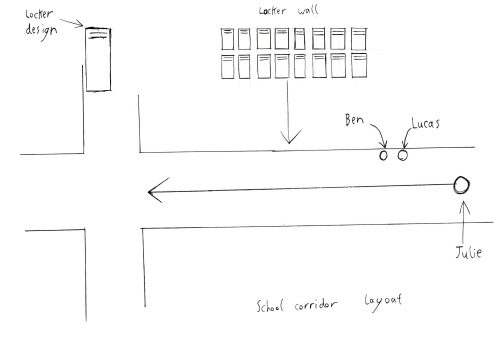 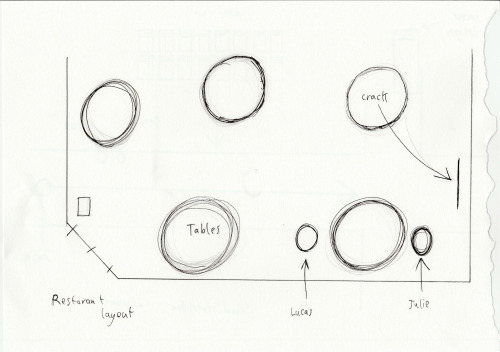 next part of the film with no sound. this took a long time but i think im happy with how it turned out. still need to add jackies two strings of hair in the last shot

This is page 14 of my graphic novel. Again, not animated, but I think this is my favourite page that I have ever done for my graphic novel. I have made the background effective that presents Dasher in the most epic way that I have ever done him. I have originally designed this pose of Dasher off my phone and imported it into my page as a PNG image. I can honestly say that I am glad that I have done this pose of him on my phone when I had the chance. 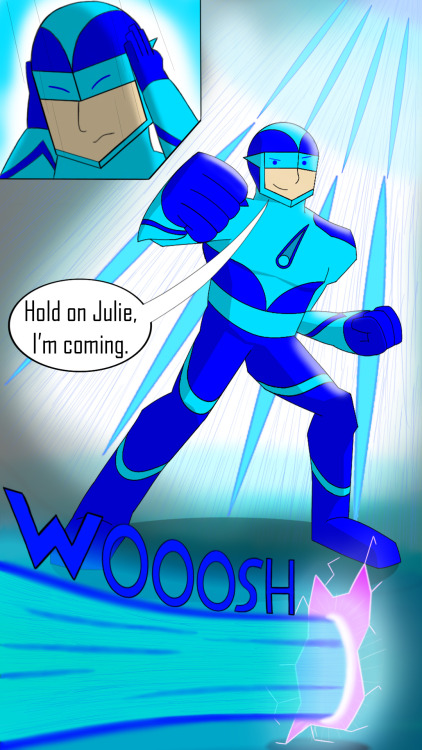 Here is my updated time sheet nothing has really changed from the last time I posted this other than I have added Sound which is something Mario wants me to consider for my game characters though I have added this as I have done with the Unreal engine and enviroment as I plan to build/ program/ get them when the final animation is needed the reason I want to wait till I have the animation done is so that I think about the sound the character is making the way I animate them instead of aniamting to match the sound.

Today Mario showed us an example of a bible called “The interview from Hell” and wants us to reflect on this when thinking about how we plan to present my own bible while this bible is focused on a animatioed film it will still work as a good guide on how to present my book though some things are missing as I will need to talk about the gameplay thoughts about the assets I plan to create.

Below I have posted the pages that I feel will help me the most when considing my own layout an information to add into my book bible such as the pipeline though for me and my own project I think it will be best for me to conduct my own research into gaming art books and having a look at how they present there work.

So after talking to Mario I have updated my current time sheet since I dont have to worry about an enviroment anymore I have decided to give myself some more time to focus on the skinning process of the rig since this will not only help make my animations look better but also help with the rigging grade on my brief  though I still plan on getting the idle cycle done by the end of the week of Milestone 1 though the main goal for this will be the skinning process. I have also added in the retextures as a thing to work on for the end of that week though I again I not aiming for that to be done for milestone 1 just for the end of that week.

I plan to work on and off of things such as the Unreal Programming for my animations to move in engine and my book.

Basic enviroment is on the time sheet though this only means using the basic wall mesh in unreal to build the assets need for my character to perform there actions for the climbing and cover.

So befoe I begin working on my skinning for my model I have decided to have a look into some more skinning methods as skinning is one if not the weakest part of my models from last year. After watching these videos they all seem to have this method of using the flood all influce to a joint and then work up along the chain from there this is the method I have decided that I am going to be experimenting with for my game model as to me this meathod makes sense to me to how it can help create a better model.

Here is the current Time sheet I have created breaking down how I plan to work through my project to be finsihed in time for my 21st May deadline. To help keep the timetable simple I have broken down the animations into groups. This time sheet is unfinshed though does give a clear idea of where I plan to be by my first milestone.

Here is the video showing my new IK/FK arm set up which now includes the finger controlers following the hand in both IK/FK, which I got to work by attaching the finger controls to the main skelitons wrist and not the IK/FK joint chain. I did run into another issue of the wrist not being able to rotate properly causing a flick to happen which required me to have to redo the IK set up for the arm making sure the joint rotations where all at a good number not to included any flicking.

I also show off the FK controls I have now implemed to control the legs.

This video shows the IK/FK switch set up working for my Drone character following the same meathods that I used to create Rogues.

Here is the video which I have used to help solve my issue of the finger controls not following the character when moving the arm in either the IK/FK set up. I am going to try this videos method of parenting the finger controlers to the wrist joint and see if that is able to fix my current issue.

So here is my first complete attempt at creating an FK/IK Switch for my game character which I think overall works well with the Switch switching between the IK/FK properly and displays the right controls for the right rig type. The only current issue I seem to have with this current set up is that the finger controls do not seem to follow the fingers no matter which type of control I have so this is the next thing for me to focus on this for the time. I will do more research into IK/FK rigs and look for sections about the fingers.

I am also going to create a IK/FK switch for the legs as I said in a previous post I am unsure if I need this though I didn’t find this too differcult to set up and I think it will be better to make this now and end up needing it than to need it and not have it as an option.