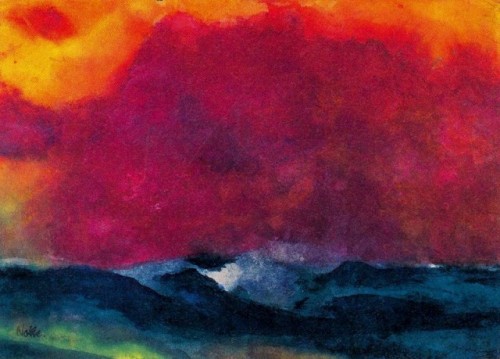 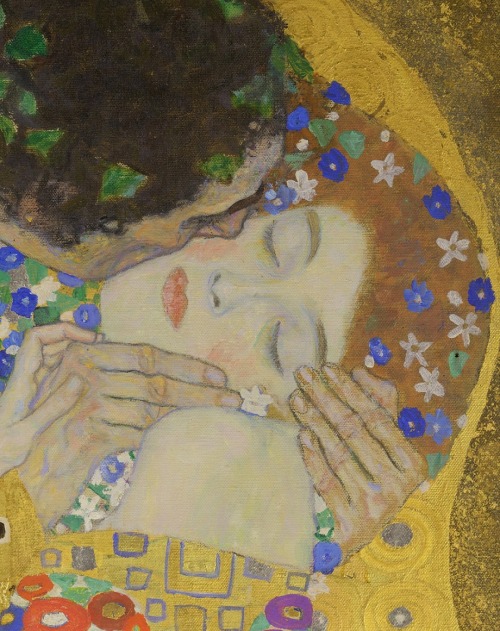 The works of Hermann Fehling and Daniel Gogel (and later also Peter Pfankuch and Walter Noebel) in my opinion count among the high points of postwar architecture in Germany: their houses, the buildings for the Max Planck Society or the many unrealized projects are highly fascinating, very individual and well thought out pieces of modern architecture following the example of Hans Scharoun. I was lucky to find this little book „Fehling + Gogel“ that was published as the first issue of the Reissbrett series by Bauwelt Magazine in 1981, comprising only 80 pages but including many of Fehling + Gogel‘s key projects plus a work catalogue. Each project is nicely documented in plans, drawings and photos and annotated with interviews Ulrich Conrads conducted with the architects. Although this book has been surpassed by the excellent monograph published by Jovis Verlag in 2009 this little book is a wonderful addition to my library that has been on my wishlist for a very long time. 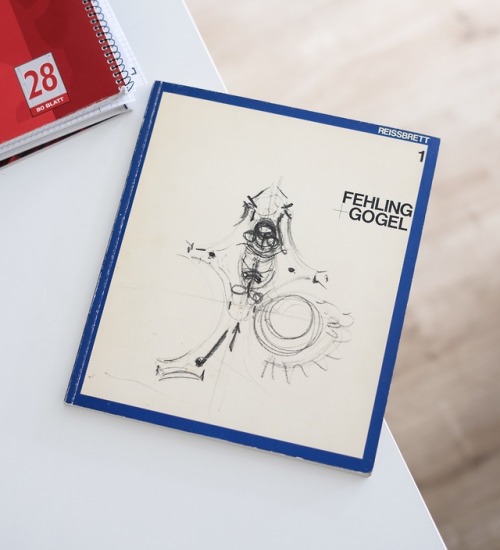 The relief over the Emperor’s Door of Hagia Sophia. The open book is Bible and reads “I am the gate for the sheep; whoever enters through me will be saved. They will come in and go out, and find pasture” 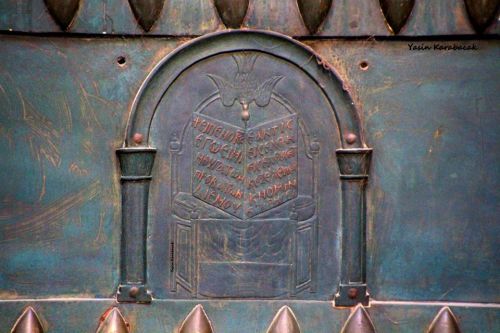 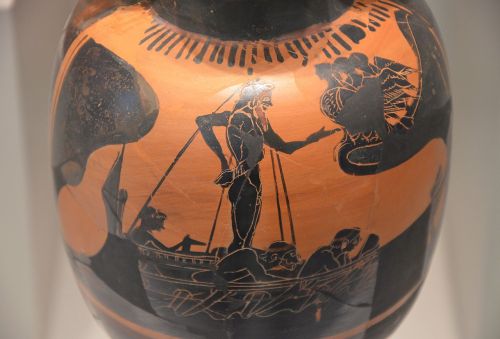 Me: *is a classical Archeology student, studies Ancient Greece and Rome, knows Greek and roman mythology and the illiad by heart at this point*

Some fucker: Ugh the gays are trying to destroy the great heroes like Theseus and Alexander the Great and Achilles by calling them bisexual! It’s all just lies.

Me: Wow every single Word you said was totally wrong. Here I can provide you with countless of historical and literary academic proof of their bisexuality.

Some fucker: WhAt ThE fUck dO yOu kNoW?! DO yOuR oWn ResEaRCh! It’S alL jUsT LIes! AnCIenT gReEks weReN’T gAy!

Me: I professionally study classical archeology, just so you know… So like i can confirm they were bisexual.

Some Fucker: THaT mEanS nOtHinG! YOu KnOw nOtHinG aBoUt tHeSe guys!

#urgh now i know what medical students must feel like with anti vaxxers, #like i study this shit in university??? and yet you think i know nothing about ancient greece???, #archeology, #classical archaeology, #ancient greece, #art history, #history memes, #history, #ancient rome, #patrochilles, #the illiad, #alexander the great, #lgbtq, #lgbt+, #lgbt history
169 notes · See All
arthatredText

Did you know Andy Warhol had a foot fetish?

Another piece inspired by art history. A study of Birth of Venus by Botticelli. 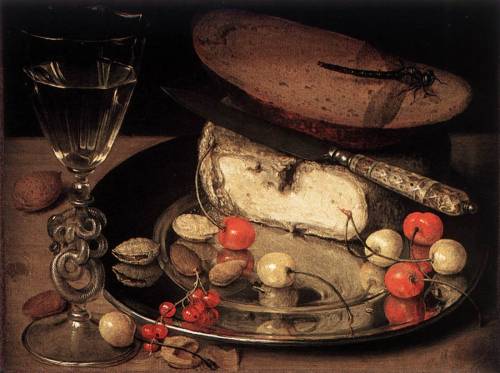 fanny cornforth, pre-raphaelite model and dante gabriel rossetti’s housekeeper until his death, died on 24 february 1909. she is pictured here as the sitter for rossetti’s fair rosamund (1861) and photographed in 1863. cornforth is often the subject of scholarly bias, owing in part to her status as rossetti’s longtime mistress and in part to her figure, which was fuller and more lush than the traditional sylph-like femininity typically associated with pre-raphaelite women. moreover, cornforth was working class, working as a servant from at least 1851: william michael rossetti wrote that “she had no charm of breeding, education, or intellect”. however, cornforth appeared in many of rossetti’s most famous works, including bocca baciata, and was the first person to open a dedicated museum to rossetti’s work after his death. 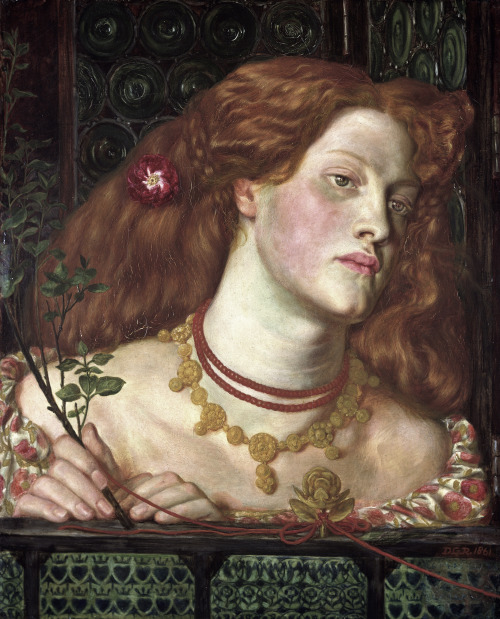 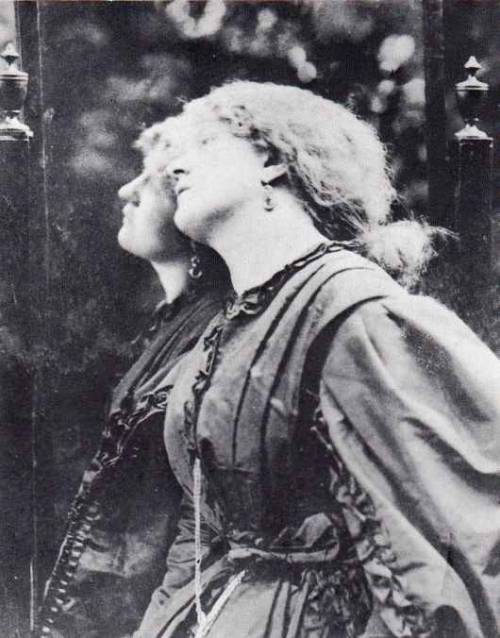 The red, red sun rose steadily over the horizon. It bathed the endless fields in a fiery light, imbuing the weeds and the grass with new life. The sky swam with new colors as the day began. It was beautiful.

Her face instinctively turned away from the already-scorching light in the east. She barely noticed her mouth twisting in disgust—after so many long years, this was but ritual for her. Her fingers tightened around her scythe, her toes curled into the damp, gritty dirt. Another day. Dawn, she thought, meant hope and a fresh start in some corners of the world, but not hers. Not in these fields, where day after day the harvest dwindled. Soon, she knew, it would become nothing at all. It was only a matter of time.

She had once thought she had all the time in the world. It was what her family had promised her, at least, when she fought to leave her village. An education, she had said, if I get an education we won’t need to rely on the farm! She remembers it as though it was yesterday: every limb trembling with excitement, fear tightening her throat and forcing her words out in little squeaks. She had been afraid that they would say no, which of course they did. Just until the new year, they had said. She was young, she had time. Honestly—and she was ashamed to admit it—a part of her had been relieved. She knew nothing of the world outside her farm and her village. How could she survive in a big city, with cars that ran on oil and people that ran on money? She thinks now, in the field, about how naïve she was.

But another part of her, the part that shudders at the feeling of dewdrops on the grass under her feet, lingers on that moment from the past. It forces her to look at it every morning when she is out in the fields. What if, it thinks, what if you had tried just a little bit harder? What if you had run away? Her fear had stopped her, but shouldn’t her passion have overpowered that fear? Isn’t that what you read about in books, the hero who overcomes every obstacle to reach her goal? Isn’t that what she should have done?

The sun was higher in the sky now, its rays warming the back of her neck. She looked over the pest-ridden fields and wanted to melt, melt into the soil, make it more fertile and revive the dying crops. She wanted to scream. Of course, she loved her parents: all of this was for them, wasn’t it? She didn’t blame them. Couldn’t. But a part of her wanted to, if only so she didn’t have to blame herself.

She took a step forward, her back to the sun. Every morning she went through this ritual. She looked down at her calloused hands and stared, wondering if the blood of her family belonged on those very hands. If she had gone, if she had been brave enough to go, her parents and little brother would be in a cozy apartment in some city instead of wasting away behind the rotting walls of the farmhouse. They would only have to go down the street for groceries, or so she figured, as she had never left her town, never mind been in a city. Her little brother would be plump, laughing, smiling, playing, not sitting in eerie silence with a glassy look in his eyes. And her hands would be smooth and barely lined—her only callouses from gripping a pencil too tightly.

Her hands would be clean of any blood.

Back then, her parents had called her selfish for her desire to leave. This wasn’t entirely untrue: her dream was of the massive skyscrapers while her family was a bit of afterthought. And when she had conceded and stayed behind, her mother wrapped her in a tight embrace, whispering into her ear, you, my child, are too good for this world. She had wanted to believe it so badly. But she knew, deep within, that the only reason she had stayed was because she was afraid. A coward. And so she suffered, and her family suffered. Her daily trek out to the fields was her penance. Her punishment for failing her parents and brother, definitely—but mainly for failing herself.

In the distance, a lark calls.

She tightens her grip on her scythe, breathes in, and walks into the fields, the sun rising behind her.

Postcards from an art museum