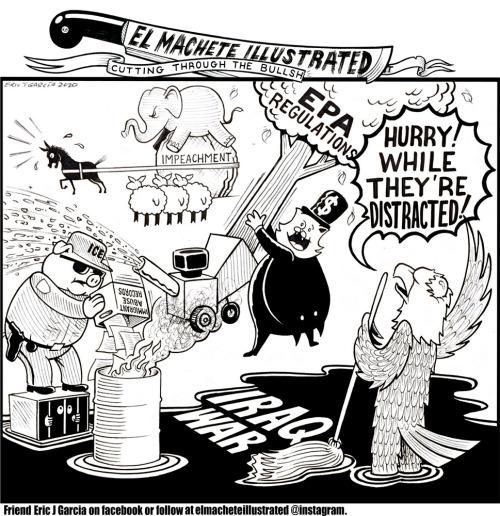 Summary: In the aftermath of old, family grudges and netherworld magicks, Logan and Virgil are left comfortable and domestic. With the Carron clan no longer a threat to them or humanity, they settle into the happy, uneventful present.
Until a stranger barges through their door. But this time, it’s not Logan’s past coming back to haunt them.
It’s Patton’s.
What can become of an afterlife when it’s riddled with holes and questions that no one, not even Patton himself can answer?
Logan is no detective, but if he has to, he’ll lie, cheat, and burn his way through the past to make it all disappear.
Even if that means burning himself alive.

A/N: Due to literally NO demand, The Low Light has gained a sequel! Rejoin Logan, our chief vampire and Virgil, his newly-vampired partner in their calm, domestic life that doesn’t stay calm for long.

You can choose a ready guide

In some celestial voice

#burning lights, #hello how is everyone??, #today is beautiful, #rainy and foggy, #but cold!!, #went to the record/bookstore, #had a nice look, #it’s just been nice, #hope you’re all doing well!!!, #my photos, #please do not remove the source or repost
2 notes · See All
burnsbrightText

I found this on the ever-reliable Pop Lib.  They mention how “Peach” sounds like it could be an early Teenage Fanclub song.  I whole-heartedley agree.  But there are even more songs on here that sound like early Catholic Education era Fannies.  Take “Mirror Song”….

But this release nods much more towards shoegaze - Dust Devils, My Bloody Valentine or the more recent Pia Fraus.

Burning House are a Southhampton, UK band.  This is released on Miohmi Records.

#burning witch, #doom metal, #stoner rock, #90s music, #drone doom, #drone metal, #heavy metal, #sunno, #sunn o))), #khanate, #southern lord, #southern lord recordings, #90s metal, #drone
24 notes · See All
whats-this-thenChat
dán: i've got no records, no passport, no id, no birth certificate. no birthname, no gender! the only thing i’m legally classified as is “a problem”
#stuff in space, #probably burned all his birth records and shit when he got his hands on them, #douglas? i don't know them
1 notes · See All
joestrummershowlText

I got my motorcycle jacket

But I’m walking all the time

#burning lights, #today was so lovely, #rainy & windy, #went to the record store, #worked on painting my shirt, #did some organizing, #hope you’ve all had a lovely day, #my photos, #please do not remove the source or repost
5 notes · See All
jihanmckText
#dead or alive, #live on location, #mike percy, #live on stage, #in japan, #in his memory, #rest in peace, #in memory of, #pete burns, #something in my house, #like a record, #right round, #that's the way i like it, #gif, #gifs, #giffy, #gif for you
11 notes · See All
letslightitupText

Not a good night yall

#just for the record, #if i end up hurting myself dont let them put me in the ground, #i wanna be burned with my security blanket if possible, #lmao
0 notes · See All
deejismsText

#💀ooc💀 trash-pire, #💀starter call💀 we bring to you the finest entertainment, #💀wishlist💀 can you feel this burning desire, #💀dash commentary💀 we know exactly what you'll do, #💀musings💀 i guess i'm a disappointment, #💀aesthetic💀 i'll hunt for you with bloody feet across the hallowed ground, #💀music / playlist💀 you know i had to do one on the record for you, #💀promo💀 i must agree ; you're just like me, #💀self promo💀 i am a man of many hats, #💀about💀 no grave can hold my body down, #💀psa💀 listen up, #💀memes💀 you are the moon at night for which i have to howl
1 notes · See All
the-soulscorchText

Halloween and a bunch of bullies murder a local misfit. A mysterious fair ground worker resurrects the wronged Jacob and he seeks his revenge.

Following in the healthy tradition of horror film directors scoring their own films, Josh Hasty, in his liner notes, sets out his and Michael Brooker’s intentions for the soundtrack:

“When I set out to make Candy Corn, I always knew the score was going to be an integral part of the film’s main objective; a love letter to the horror genre of the late 1970s and early 1980s.

A nostalgic homage to a classic period of horror film scores and fans of that period certainly won’t be disappointed. However, Josh and Michael have achieved considerably more.

The score ranges from bombastic, crashing drums to fragile whispering piano chords. A recurring theme weaves across the 18 tracks, flowing smoothly from song to song, the score is well paced.

Tracks such as “Hunting Carol” with it’s abrupt strings and “Mike In Midway” with layers of drums and it’s sublime hook are darkly driven, menacing, stalking electronica. There are beautifully sad, haunting ballads such as “Numb” and “The Aftermath”. Darkwave ambience on “Static” and “Falling Apart” and classic synthwave on tracks like “Keeping The Balance”.

The soundtrack achieves Josh’s goal, with enough of the old with a healthy mix of the new. If you’re a horror score fan, you’ll find Candy Corn lurks in the shadows delightfully. For fans of electronic, electronica or synth music in general, Candy Corn’s worth investigating.

With a delightful musical juxtaposition, Candy Corn finishes with a 1913, Berlin Irving musical song “At The Devil’s Ball.” A comical tale of a dream concerning a party hosted by Old Nick where;

“I must confess to you, there were many there I new” and

“I caught a glimpse of my mother-in-law, dancing with the devil, oh you little devil, dancing at the Devil’s Ball”.

I might have forgotten 90% of what I learned in school, but what I haven’t forgotten is how to play hot crossed buns on the recorder.