“It’s the springtime of our youth,” Soonyoung was saying, barely needing the handle to keep his balance on the bus. It was as if all other motion in the world didn’t affect him. “Wouldn’t it be fun if we went on a road trip after finals?”

They’d fallen into the habit of leaving school together and grabbing a snack, Jihoon on the way to hagwon and Soonyoung to the dojang nearby. Jihoon kept a firm grip on Soonyoung’s open coat as the bus turned. He would literally die if he fell into an old woman’s lap again.

Test Fic for an App stealing our work
by Jacksonofabitch

there’s an app called “Pocket Fanfic Archive” that has a majority of ao3 fics imported onto it. The creator is making money from ad revenue, subcription fees, and tips

check out the story for more 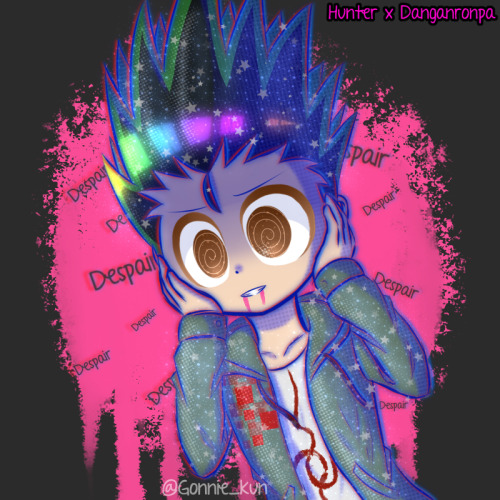 Invader Zim AU where everything is the same except Moira from Overwatch is the stepmom to Dib and Gaz. (Mod winter is doing the camp camp asks~ I thought I’d busy myself with something till she’s done).

Momma Moira AU simply stems from some dumb chatter on Overwatch when I was playing with my friends and we somehow decided Moira’s deep dark secret is that outside of Talon she’s a soccer mom. Idk how it came up in the conversation but this is what came of it.

Because who is crazy enough to marry Moira?

Professor Membrane of course. Together they bond over morally grey science and experimenting on oneself.  But, Moira still has lots to learn about being a mom. 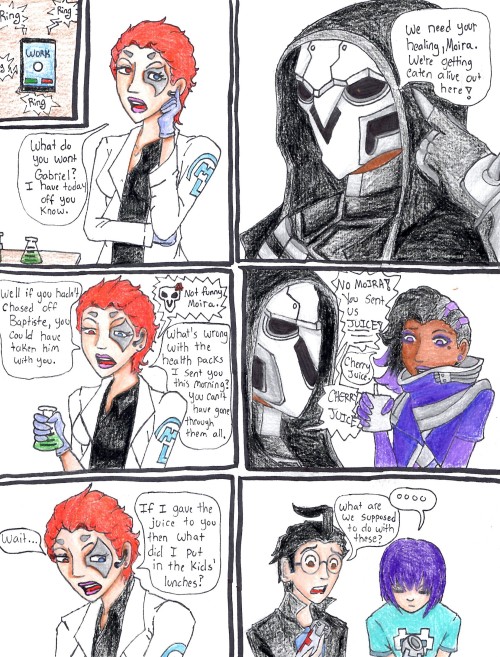 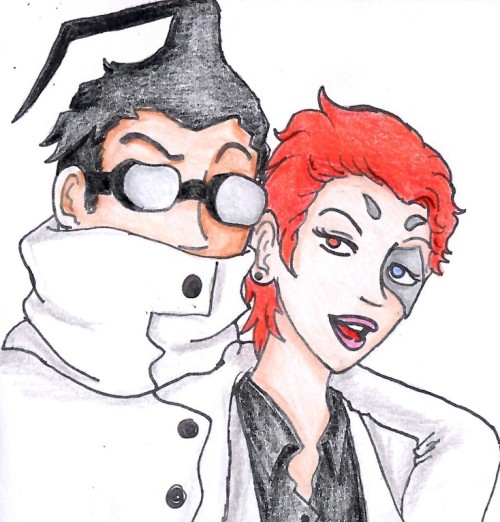 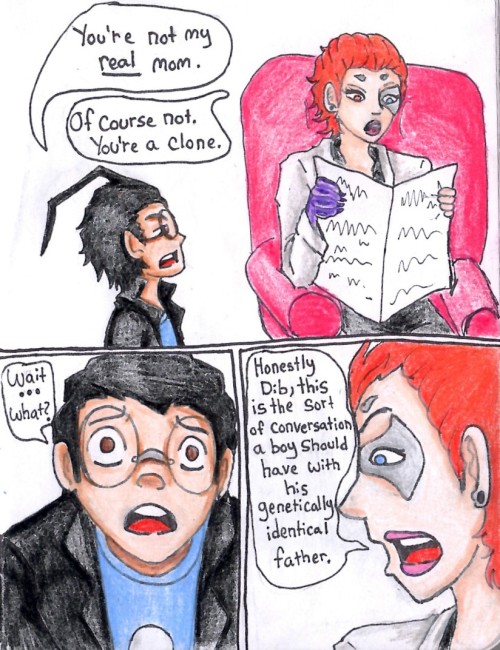 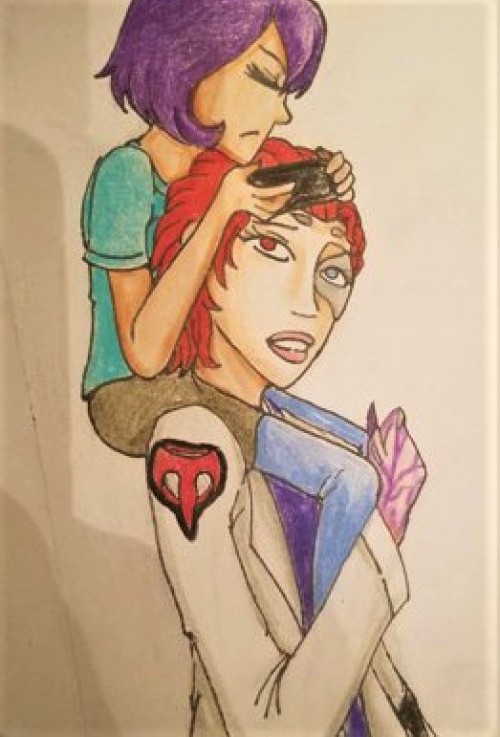 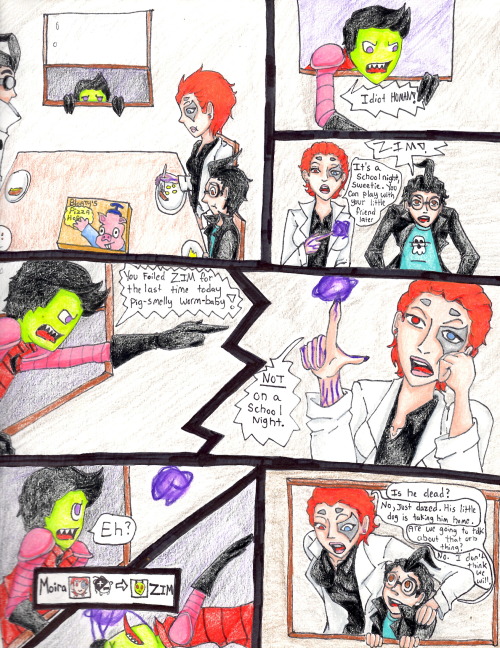 Months ago, I kind of had a dream (???) about a Villainous and Victor and Valentino crossover where Black Hat was Vic and Val’s uncle, and they were staying with him instead of Chata for the summer.

Not sure if they’d still be in Monte Macabre, or in Black Hat, Org, with BH and his cronies, but either way, that would definitely be an…experience for the boys. 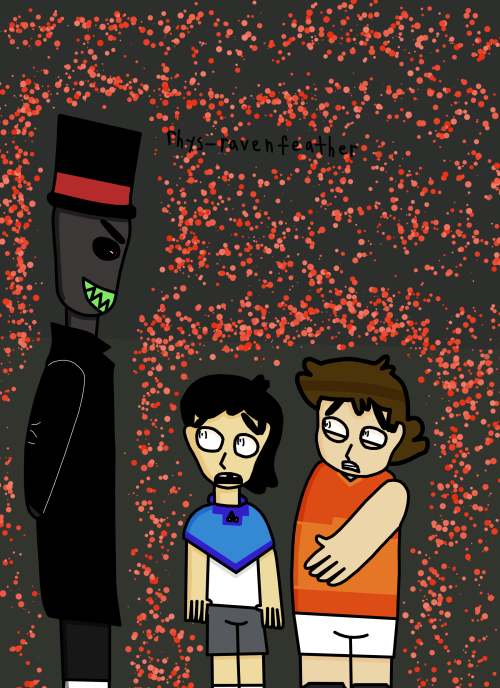 #rhys-art, #villainous, #victor and valentino, #black hat villainous, #crossover, #cartoons, #not sure what i was trying to do with the background heh, #eh well at least i finally got this done
5 notes · See All
queenmj10Text

So I recently saw a story like this and needed to jot down my ideas or else I’d explode.@ krispydefendorpolice

-Klaus Bio!Dad, Marinette is the daughter of Klaus Mikaelson and she is a werewolf(can be later turned into  a hybrid) who can make hybrids. Sabine had a one night stand with him and never saw him after so Klaus doesn’t know she exists. I like to think that Sabine is human and doesn’t even know Marinettes a werewolf because she’s never killed anyone.

-Adopted Au, where one of the Originals(leaning towards Rebekah) is in Paris and one day knocks into a little girl outside an orphanage. Marinettes parents died in a fire when she was very young and she was placed in an orphanage. The Original visits the girl and then soon decides to adopt her. Wacky Family drama ensues.

-Marinette is now a famous designer and one day she receives a new client, a Mr Mikaelson. She plans a meeting and she meets the ever so handsome and dashing Elijah Mikaelson. He says he wants a whole new collection of suits and as the process carries on they begin to date. Can have her finding out he’s a vampire with some angst!!!

-Marinette is a witch whose been alive as long as the Originals. She grew up in the same village and was best friends with Henrik and Kol. When they were turned Marinette tried to help but was shunned as Kol didn’t want to hurt her. She later does a similar ritual to Esther’s in which she’s able to die and come back at the age she did the ritual(or another ritual if you’d like, maybe like Freya’s). Then shenanigans ensue when the Originals find out. Perhaps Elijah or Klaus were interested in her.

-Marinette is Marcel’s right hand and best friend, she like Davina is indebted to Marcel when he saved her from a very possessive and jealous Adrien(or anyone you want really) and since then(probably only a few years) she has helped him anyway he can. I don’t think she would of been turned yet but she could be. Then she meets the Mikaelsons and catches the eye of the dangerous hybrid and the most Honorable Mikaelson.

-Marinette is a princess(cause I want to) in olden times and one day the Mikaelsons come to visit. Soon people start dropping like flies and Marinette goes to uncover the truth as her alias Princess Justice or Ladybug. Then she’s thrown into the Mikaelson mix.

I may do more but this is it for now…

#adora, #catra, #spop, #glimmer, #bow, #scorpia, #entrapta, #atlantis, #my art, #crossover, #i don’t agree with entrapta as cookie but i wanted her in the trio
6 notes · See All
morgynleriText

Tonight on self indulgent weird crossover plot bunnies, Star Trek/Witcher crossover. DS9 or Voyager, because familiarity and my willingness to write the characters.

The world of The Witcher being a planet that either the DS9 crew finds while exploring the Gamma Quadrant (crash landing near Kaer Morhen or near Nilfgaard, because drama), or one of the planets Voyager explores while in the Delta Quadrant (beam down in a nominally unpopulated area and get a monster encounter with bonus witcher; probably Geralt because Reasons).

Or blending the magic with technology, and the Nilfgaardian Empire is a collection of planets ruled by Emhyr var Emrais. Which would work better with Voyager than DS9, but could be highly entertaining.

#writing, #plot bunnies, #star trek, #the witcher, #crossover, #have i figured out more than this yet? nope!, #do i intend to see what twisty fun my brain decides to have with it? of course!
17 notes · See All
blanddcheadcanonsPhoto

Victor occasionally runs into a cyborg from Japan who has been training under some bald guy in a cape. The one time he did see the baldy in action, he was convinced that he must have been day dreaming due to seeing the large opponent being taken down with a single punch. 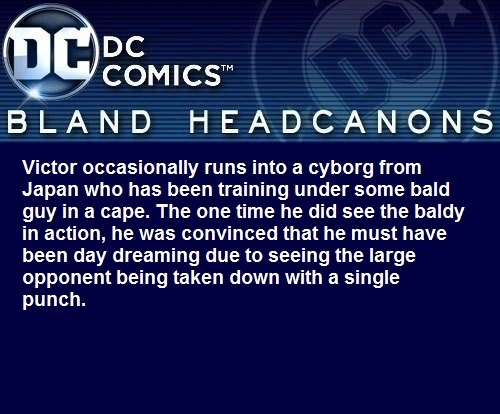 Angel: this is some weeb shit.

#these were fun but difficult to do, #it was hard to get the two drastically different styles to blend even somewhat, #idk if i even succeeded but whatever, #i made these for me and they make me happy and thats all that matters, #talking to myself, #my edit, #boiling water, #crossover, #also i am aware that i'm inconsistent as hell with the size difference
2 notes · See All
dream-beyond-the-fantasyText

This is exciting.  I’m watching “Trials and Tribble-ations” for the first time.

“Onee-chan, are you proud of me now?” 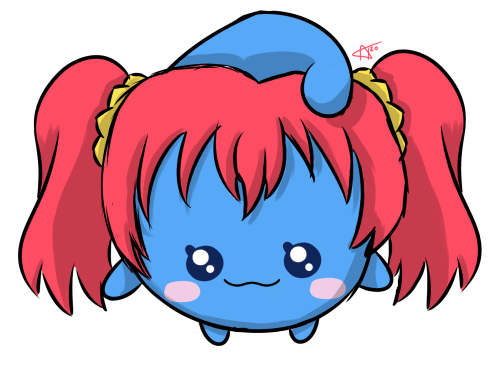 “O-oh… W-welcome back, boys. How was the festival?”

The Doctor experiences a little Timey-Wimey Jeremy Bearimy mix-up and picks up some odd luggage after she drops off Yazmin, Ryan, and Graham on Earth. She can’t really be blamed-because hey, pobody’s nerfect 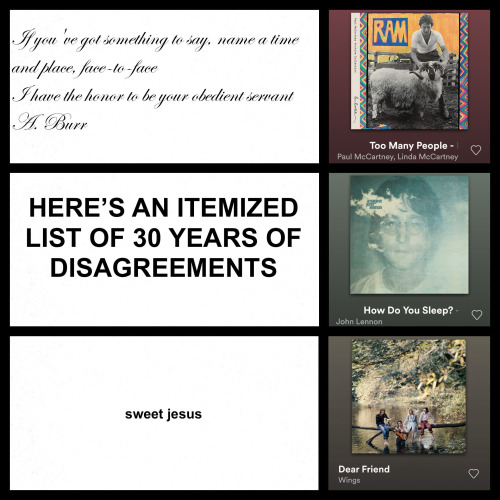 Finished Fred, finally! Tagging @princesstadashi since he’s been wanting to see it for a while ^^ hope you like it!