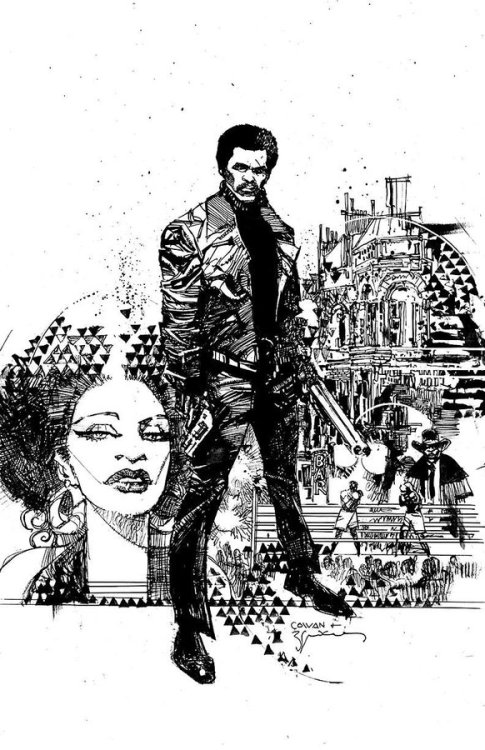 Milestone comics reshaped the comics industry creating a place for better representation & laying the foundation for the current comics landscape.

Part 2:  The Story Of Milestone Comics

Milestone’s lasting legacy went beyond just the comics. It launched multiple careers, inspired a new generation & spun off its characters into TV & animation.

I’ve gotten a custom plushie of my favorite character from Static Shock Madelyn Spaulding, it was made by My Plush Toy and I’m very happy with it. The fabric is very well made and put together.

“…sometimes you just want to cry.”

In another series it’s revieled that Ollie cried as a child when he killed a rabbit with his first bow and arrow. 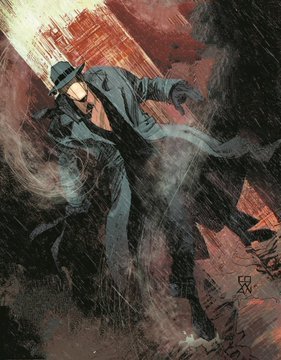 BANG! From Kindt, Torres, Kim, and Piekos Sells Out Before Release #comics #comicbooks

The debut issue of the all-new, highly anticipated series BANG! by writer Matt Kindt, artist Wilfredo Torres, colorist Nayoung Kim, and letterer Nate Piekos has sold out ahead of its publication on February 19, 2020.

When Tommy Carma escapes from Arkham Asylum, he finds his way to the Batcave and steals the Batmobile. Now he want to exact revenge on the mob boss who ordered the death of his family.

This issue resolves one of the ideas from the previous issue, but in doing so, it makes me think, there was never such idea in the first place.

Also the idea of an Arkham escapee finding his way into the Batcave without any kind of trap or alarm in the way, seems a bit off. Especially when you consider the police is following the same trail. Wouldn’t they be able to find the Batcave as well?

The art is a little better in this issue, but I couldn’t find it remarkable.

Spoilers after the break…

the cover to The Question: The Deaths of Vic Sage (2019) #1 by Denys Cowan, Bill Sienkiewicz and Chris Sotomayor 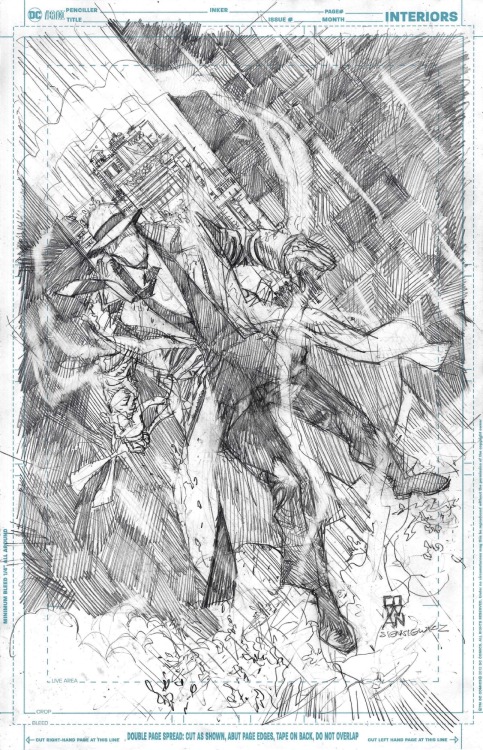 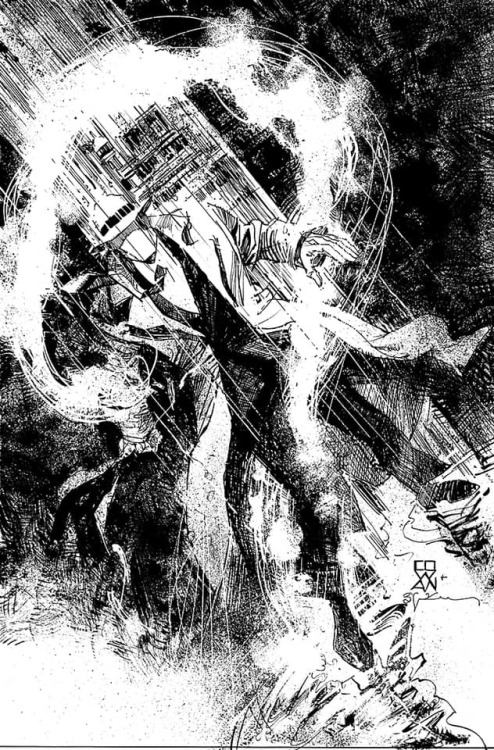 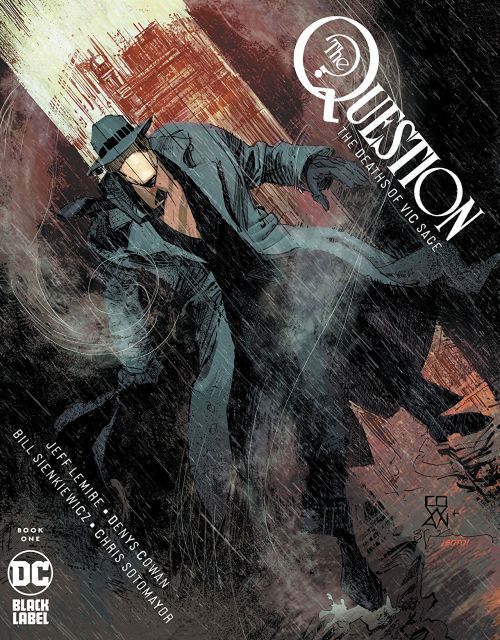 Ok, I’m fully on board with this art. Why Zsasz though?


In modern-day Hub City, Vic Sage died. And then he woke up. In Hub City…in the 1800s! The legend of the Man with No Face rides across the Old West, discovering a shocking connection running through history all the way to the day he died…and pointing to more carnage yet to come!

How many times has Vic Sage died? When he did and passed the mantle on to Renee Montoya I was more than okay with that. It felt natural and the right thing to have happen and now it would appear that Vic is alive again and yet Renee is also the Question, see Event Leviathan. This is the part of comics that makes my head hurt. However, that being said I love Vic Sage and his time at Quality with the Blue Beetle and the rest will forever hold a place in my heart.

This is a crazy good story and what really impresses me here is the fact that Vic isn’t necessarily time travelling as we know it but he’s sleeping and experiencing the past in a way that isn’t a dream but reality so how can this be? I don’t know and in all honesty it doesn’t matter because this is comics and the story is being mesmerising, intriguing and mystifying in ways that engages the readers’ mind. Jeff is great at getting inside the readers’ head and getting them to explore like they are inside the story themselves. That is what separates the good writers from the great ones.

I love the way that this is being told. The story & plot development we see through how the sequence of events unfolds and how the reader learns information is laid down masterfully. Seriously the way that we as readers’ work our way through the pages and not having and frame of reference is brilliantly handled and keeps us on the edge of our seats craving more. The character development is truly phenomenal and the way that we see see who they are through how they act and react to circumstances and situations. The pacing is perfect and as it takes us through the pages revealing the twists and turns really grabs the readers’ attention. All of these elements work together to create the books ebb & flow and showcases the way the book is structured.

Oh the interiors here, sigh. The guys really haven’t lost anything because the work we see is so recognisable and it’s just stunningly gorgeous. The linework we see, the techniques that are utilised and how the varying weights all bring out this quality and level of attention to detail. The work here is so mindbogglingly brilliantly rendered and it captures and evokes these feelings and emotions that heighten the tension and fear of the unknown as it takes us through the pages. The utilisation of the page layouts and how we see the angles and perspective in the panels show such a masters eye for storytelling. The way backgrounds are utilised and how they work within the composition inside the panels bring us this depth perception, scale and overall sense of size and scope to the book. The colour work is sensational! The way that we see hues and tones within the colours utilised to create the shading, highlights and shadow work is beyond any and all expectations. The work really captures so much and Chris does something I have never seen of felt before through it.
​
This is the kind of storytelling that made DC the unparalleled company of the 70’s and 80’s. It is also the kind of storytelling that could bring them back to dominance in the industry, it’s just that damn good. 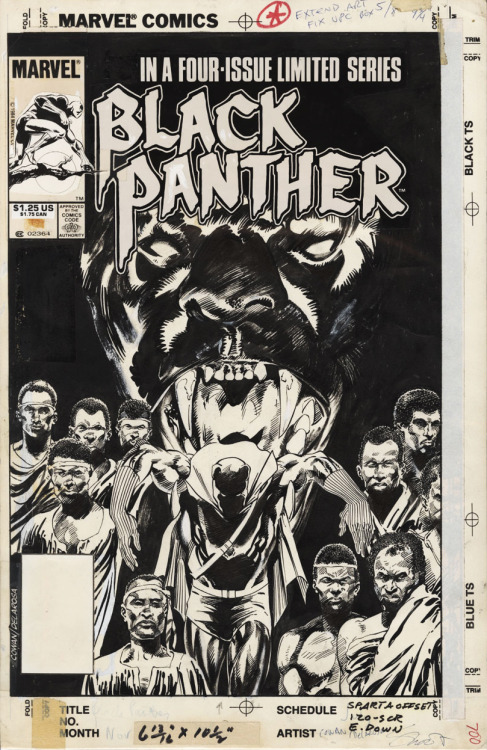 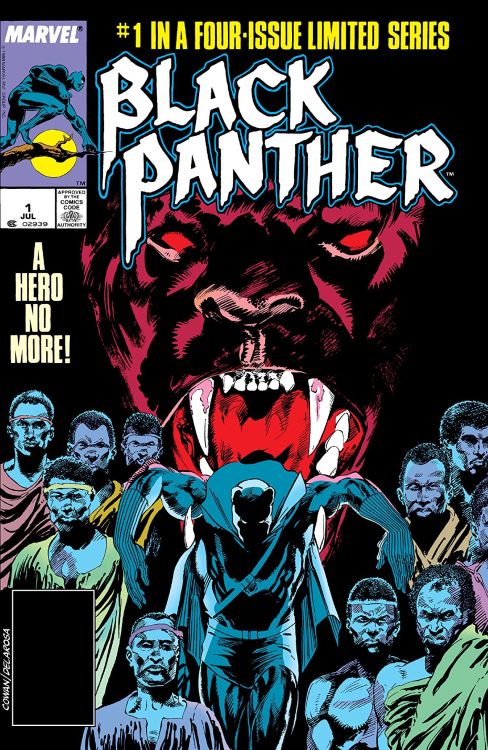 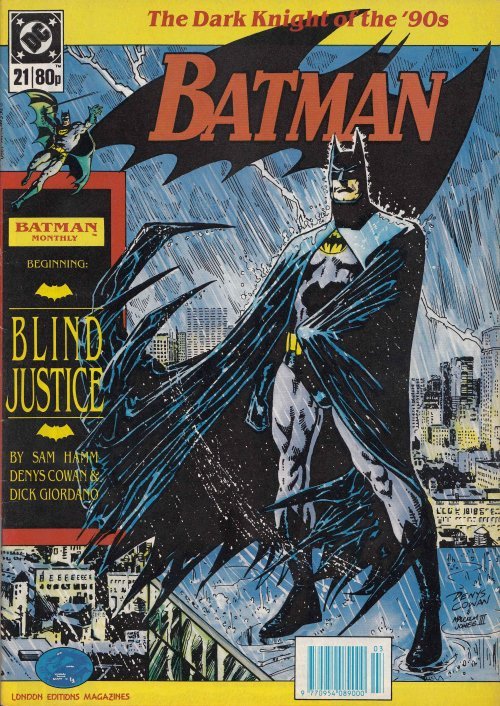 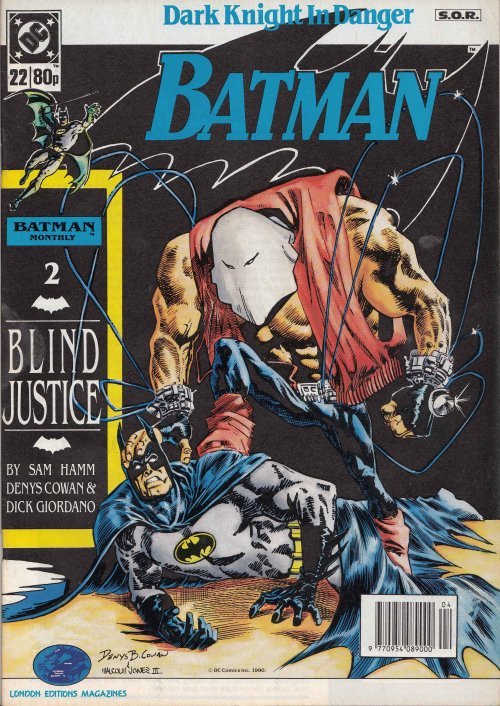 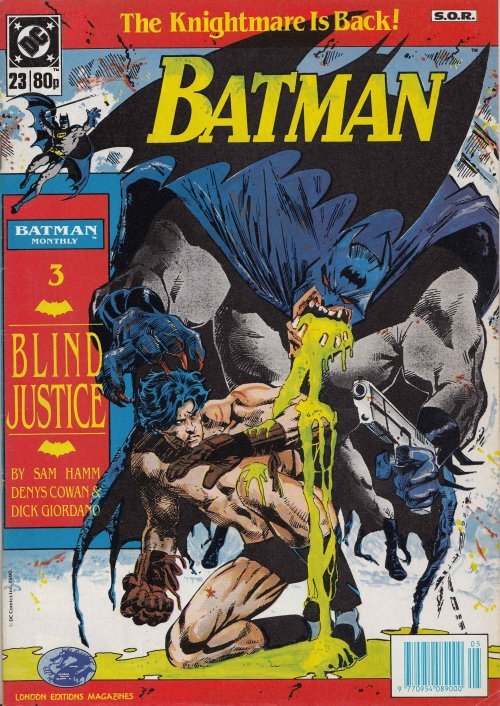 The communist symbol graffitied on the door of Sherwood Florist

DC comics for November 2019: this is the cover for The Question: The Deaths of Vic Sage #1, drawn by Denys Cowan and Bill Sienkiewicz. 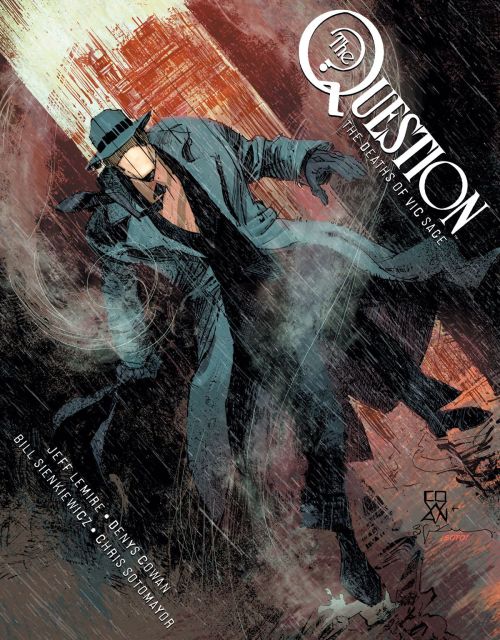 I don’t know if I like this art or not. Denys Cowan is good, but I kind of wish Sienkiewicz were doing the pencils as well as the inks.


For years, Vic Sage has worn the faceless mask of the Question to clean up the streets of Hub City by sheer force of will. He knows right from wrong. He knows black from white. But what happens when he is drawn into a conspiracy that reaches from the heights of Hub City power to the depths of its underground tunnels? What happens when things stop being black-and-white and start getting a little grey? And what happens when, in a secret chamber deep beneath the city, Vic Sage meets his own end…and his new beginning?

There are few characters from Charlton that still bear any resemblance to their former incarnations. This book epitomises what that character was like and by all that we hold dear they honour the creation of Steve Ditko beautifully. I wasn’t alive in the 60’s so I didn’t get to see the character debut but when I fell in love with the past and sought out those books and characters that would be classified as obscure nowadays so I became familiar with the Question. This is true to that cold harsh version of the character and I have to say it’s about damn time too.

This is my first Black Label oversized book too and I couldn’t have chosen a better one to start with either. Jeff did the research and he’s got one hell of art team on this title all of whom are long-time veterans who know exactly what needs to be done. The opening here is brilliant as we jump right into the thick of The Question in action. No set-up just thrown in and it’s glorious and even more so because how we see why he’s there. Oh seriously this is why he’s harsh and cold and why this just hits that nerve, like air on a deep cavity, and you go off-script almost immediately. This is so beautifully written and I feel like a kid again marvelling at the idea that a “hero” could act like this, this is the character that expanded my idea of what a costumed hero was.

I like seeing Myra here and Denys is one of the men who created her so it’s nice to see him getting a chance to revisit his creation. So the blend of Charlton, attitude, and DC, Myra and his enemies in Hub City, is nicely done. While I kind of wanted his old enemy Max Bine to make an appearance but we can’t have it all now can we? Though I love seeing Tot and the one other person to help him through this.

What can I say about the interiors? Denys and Bill have still got it and they’ve got it in spades because the work on the interiors is bloody brilliant! From the linework to how we see the colour work, that highlighting looking like computer erasing of till the lights hit just right are complete wow moments as is the ginger hair, to the scratchy old school style everything looks incredible. They create this whole mood, tone and feel to the book that suits the story to a “T” and it almost feels like a dream come true. The utilisation of the page layouts and how we see the angles and perspective in the panels show a masters eye for storytelling. The way backgrounds are utilised is nicely done as well, when we see them in play they do wonders in enhancing the moments and bringing a sense of size and scope to the book.
​
I absolutely adore the fact that so much of his past not just at DC is being utilised within these pages. Seeing the hard hitting, no-nonsense Vic Sage just makes me crave more. The industry needs more of this, heroes with an edge to them, who don’t have gadgets and gizmos or powers to fall back on but just average men and women who through frustration take matters into their own hands.