Happy Valentine’s day to everyone!💕💞💗💝💖

Happy lovely day to my friends and aoki shippers💙💛

Kuroko no Basuke; Immaculate Anime Winter Cup.
I believe the original Panini America Immaculate design is still the best. I’m surprised I only did 5 of these. 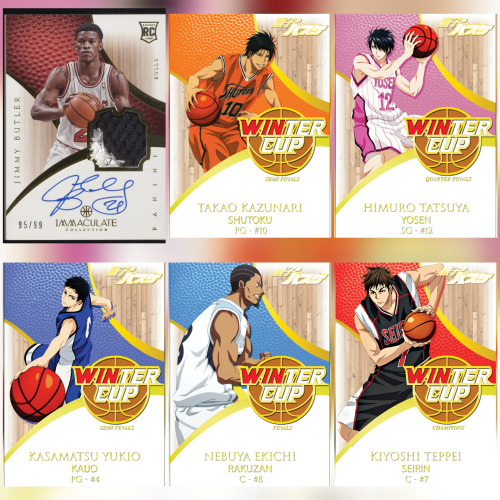 Time to revisit my roots.

My original Kuroko No Basuke trading card designs. These were all done in GIMP. Long before I knew how to make print ready documents. It was simply for the love of art. And the anime.

I’ve gotten so wrapped up in printing actual cards for my fellow pro wrestling fans because of their crazy support and demands. I forgot that the first people who found me, we’re fans of this. 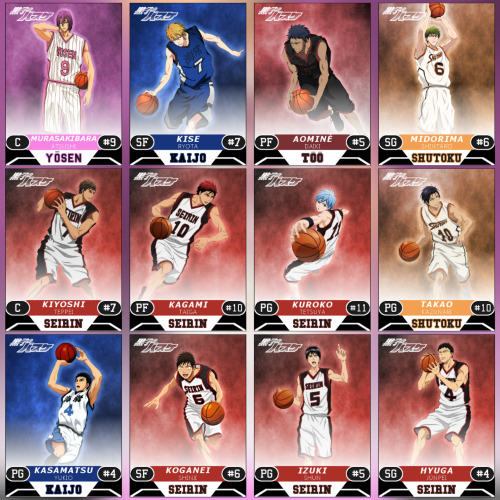 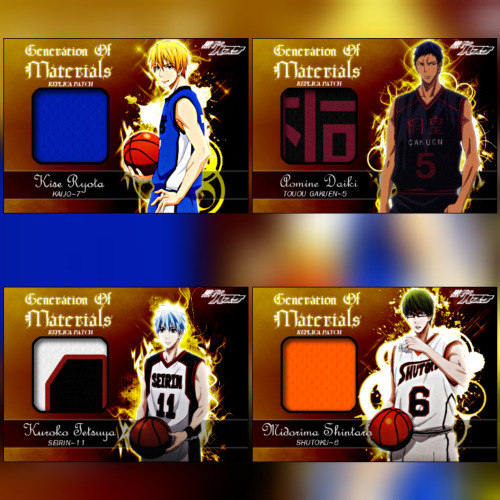 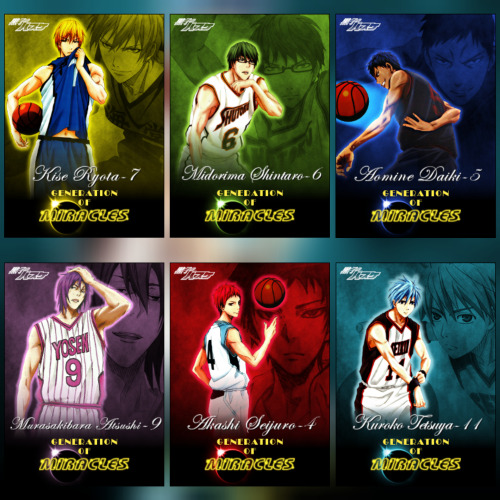 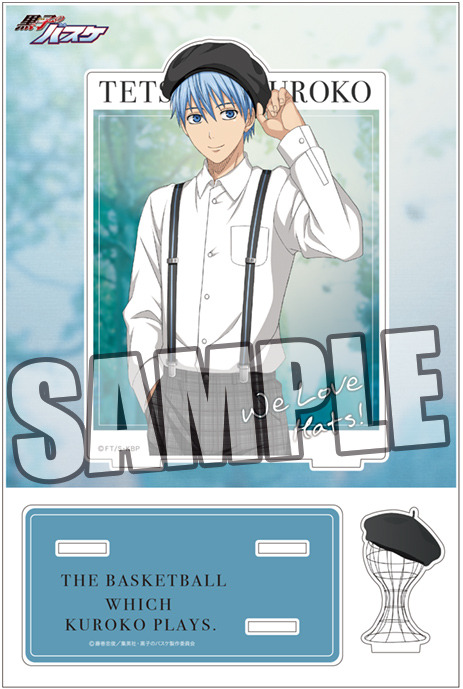 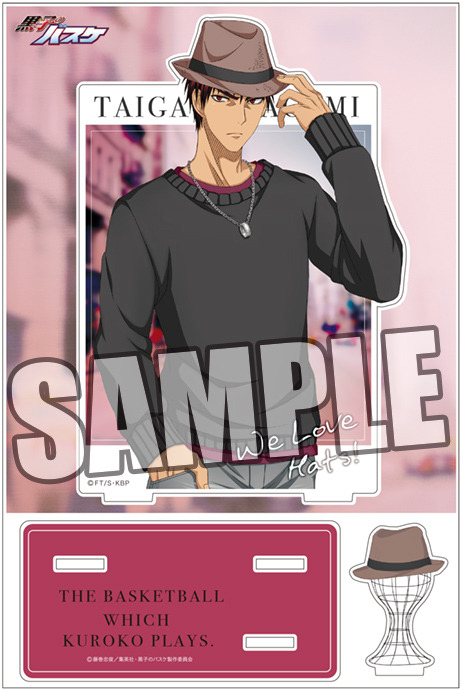 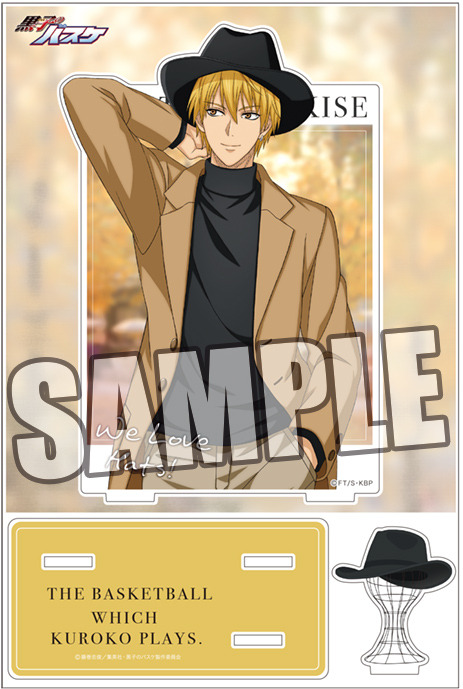 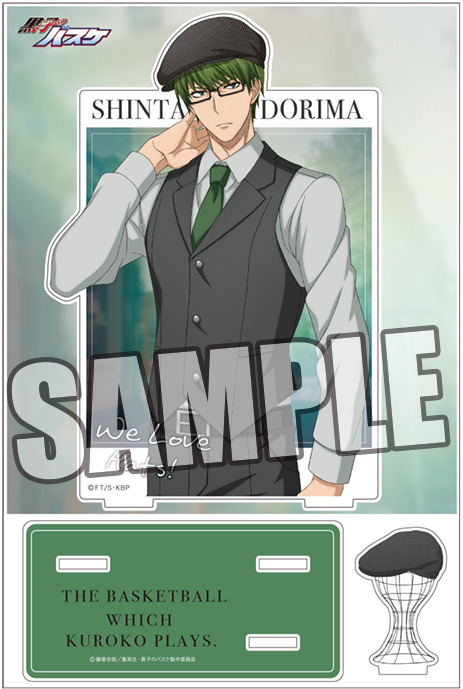 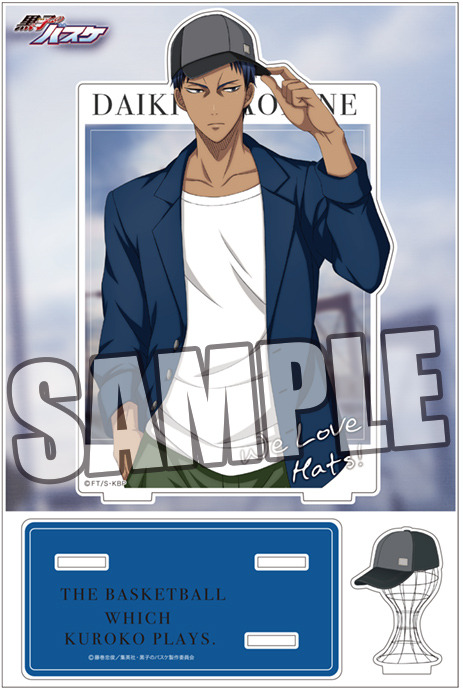 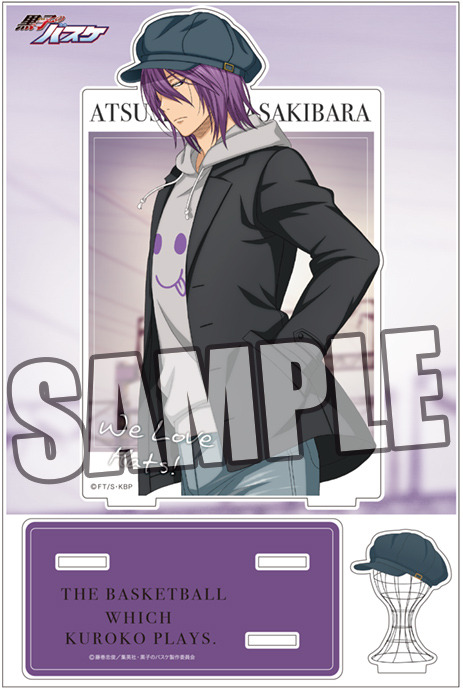 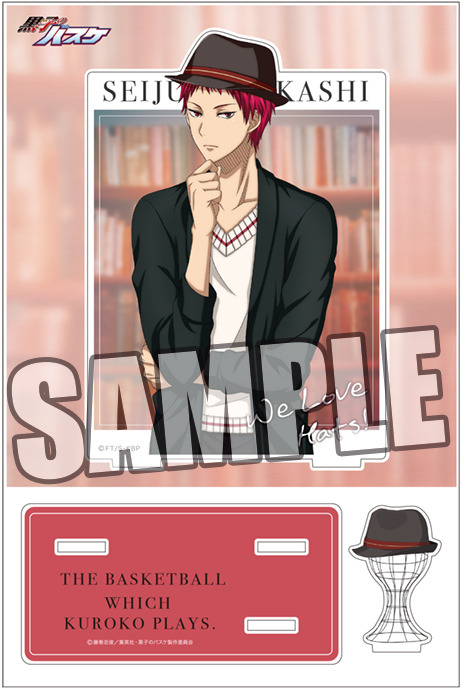 thank you! (◕ヮ◕) hope you enjoyed. these are short ones!

Though his face was in a perfect deadpan, Kuroko was feeling very aggrieved. Recently, a boy in his class has been staring at [Name] non-stop. Of course, [Name] was kind and helpful to everyone around her, but..

Kuroko stopped in his tracks, his eyes widening slightly. Inside the classroom, the very same guy was laughing with [Name]… with his girlfriend.

“Yeah, I like that band too-” [Name] noticed Kuroko walking in and instantly smiled, “Tetsuya-kun! You’re not eating lunch with Kagami?”

Without saying a word, Kuroko took [Name]’s hand and pulled her away a bit forcefully.

Kise had the best partner in the world. [Name] was not only attractive, but also very kind and warm. [Name] never complained even if he was being too clingy or too annoying, and that made him love [Name] even more. However, he just noticed that [Name] was like that to everyone else as well.

“But [Name]-cchi.” Kise stared at her with a sad expression, “You’re tutoring a guy!!”

“No!” The blond held onto [Name]’s hands and refused to let go, “You’re not going anywhere! [Name]-cchi is mine and mine alone!”

Usually, Aomine Daiki was a cool guy. Cool as in, he rarely showed feelings of being disturbed or annoyed. But he had been having trouble being cool recently. Because [Name] kept on hanging out with a guy he didn’t know.

“Daiki-kun, you’re sulking again..” [Name] sighed and squatted next to him.

Aomine merely gave her an annoyed glance. “You already have me.” He gruffly said, “Why do you keep on hanging out with him?”

“He’s just a friend.” [Name] softly said, running a hand through Aomine’s locks, “Don’t be so jealous all the time..”

Aomine grabbed [Name]’s hands that was still caressing his hair and leaned in close, making her blush, “If he’s a friend, then you can meet him some other time. Spend time with me now.”

“Daiki-” She still tried to reason with him but went silent when he pulled [Name]’s body and pinned her on the ground.

“That was not an offer.”

Mondays were unlucky. Not only was his fortune bad, but today was also the day [Name] would be helping out a male friend with his school project. Honestly, he couldn’t understand how she could be so… helpful all the time.

“I’ll see you tomorrow, Shin-kun!” [Name]’s cheery voice snapped him from his trance.

Truthfully, he didn’t want her to go.. but he was too shy to say it. “[Name]..” Midorima breathed out, trying to stop her, “wait.”

“I- uh..” He pushed his glasses up, a plan forming in his mind, “I actually need your help more. My project is not yet done as well.”

“Ah, but I already promised..”

“No problem. We’ll finish mine quickly.” He was already leading her to his house, not planning on letting her go anytime soon.

Akashi hated the thought of having to share his partner with somebody else. Of course, he knew that [Name] was kind - too kind, even, and that was also one of the reasons he fell hard for her, but enough was enough.

“[Name]. I do not think helping him again is a good idea.” He managed to say through gritted teeth, “It seems that he may have some other motives.”

Originally, he had planned on taking [Name] home after student council activities, but now she said that a friend needed help with studies? Nonsense. It seemed like his influence wasn’t strong enough, or this guy was asking for his death.

As usual, [Name] was clueless. “Don’t be like that, Sei-kun. He’s a good guy and he needs to improve his grades. I’m merely helping.”

Akashi could feel his blood boil. “He likes you.” He sharply pointed out, pulling [Name] closer to him. “And I..” [Name] yelped when Akashi leaned down and nuzzled her neck, “I don’t like to share. Now, what was his name again?”

Although people usually think that he wasn’t aware of what was going on around him because he always eats, Murasakibara is very aware when it came to [Name]. He knew that she had been helping a classmate during extracurriculars.. a male classmate.

It made his Maiubo taste.. bad.

[Name] almost jumped when the door to the extracurricular room was slammed open by none other than Murasakibara Atsushi. The giant strode in and proceeded to glare at the male next to her, who started to shake.

“[Name]-chin.” He said, turning his attention to [Name], “Accompany me to buy sweets.”

[Name] let out a defeated sigh and finally followed him. [Name] smiled when Murasakibara placed a protective arm around her shoulder and glared at the male one last time before closing the door. 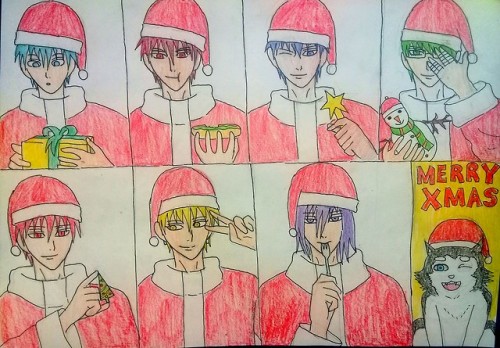 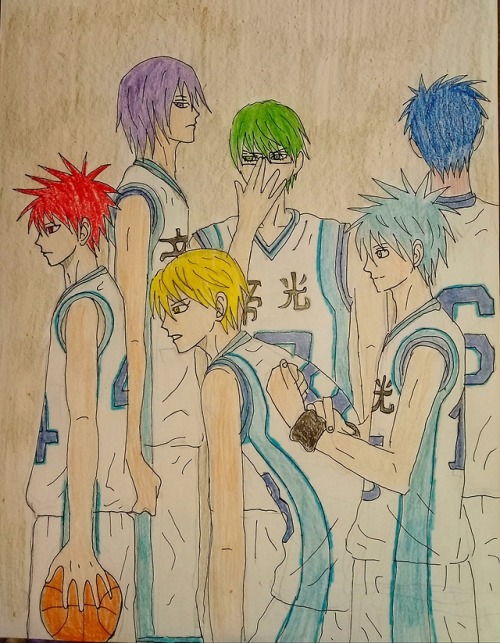 So, here it is! I’m excited to announce that the revamp of my story, Hair, is now up to read! Please it give it a look and enjoy!

Summary: She didn’t know making a simple comment on the giant of Yosen High’s hair would lead her away from the dark and towards the light. She will journey to understand both herself and the infamous Murasakibara Atsushi from the simple connection of hair.Notes:

HAIL TO THE EMPEROR 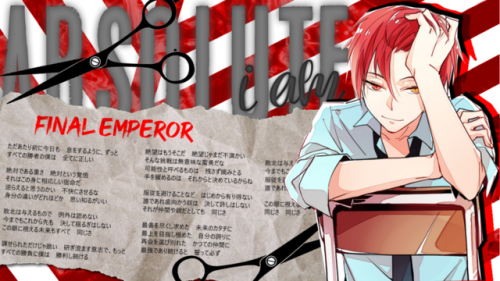 There are a couple of things that will be good to talk about, both for Momoi and Akashi. If I had to do an analysis it would be long lol, but we have to start somewhere. Let’s start by making two specifications.

**If I talk like a fan of Akashi and Momoi. I made this kind of choice, and it is a very precise choice. I have no regrets, because I sincerely like them together, and I want them together. And I am convinced about them, they certainly deserve much more compared to others, and the original story, the manga and all the rest confirm it to me. I don’t like mixing her up all the time with random people, after years of following this anime I’m tired of always seeing the same shit. I prefer to ship her with a single person, and that’s it. Without being paranoid like so many other people on the web. In this case I’m not multifandom. No. It’s normal that if I support Akashi with her together, I cannot agree, I cannot be in favor of other characters, other relationships for Momoi and for Akashi romantically. It wouldn’t make sense, and I don’t want to do it. It would be just a forcing for me. Clearly I am interested in Akashi and therefore only he exists for me. I don’t see the others. This without a doubt. As a fan of these two characters for me all the others are objectively an obstacle, an annoying problem for my choice. Consequently in this specific case they must be eliminated. For this reason I am so rigid and I am not tolerant in this fandom. And that’s how it works. It cannot be otherwise.

**If I talk as a fan of Kuroko no Basket. I have been following this series for years, I loved this sport series like Haikyuu and Iwatobi Free, just to give an example. I don’t hate the generation of miracles and I never hated it (but Kuroko Tetsuya is an exception in this case) only that I often get angry when people forced me with things that I openly disagreed with. I don’t hate Aomine (but I’m obviously against him for the Momoi situation, except for this particular I have not other problems with him) I like most of the main characters, obviously Akashi is my favorite though in addition to him, I have also other people that I really like in the fandom. I have friendships, rivalries, brotherhoods in KnB that I like, and for which I feel emotional and of course I follow. But in the original context, not in the imaginary rainbow world and similar. I have not obsession with gay porn,lesbo,trans,etc. I have no need and I’ve never had need of it of this stuff. This is one of the many differences between me and this category of people. There are three characters in the whole series that I just can’t stand, I don’t like and that I hate in full honesty and they are Kuroko, Furihata and Sakurai.

One of my old drawing of Midorima and Kise bromance 💛💚 I love how their personality seems to clash but they always seen together uwu.