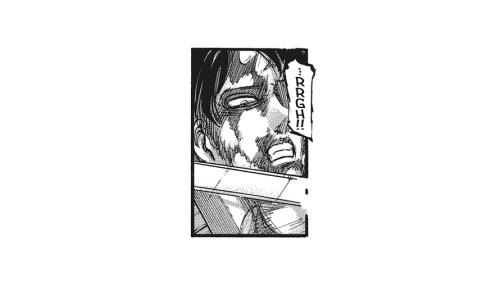 really important image i wanted to share with you all 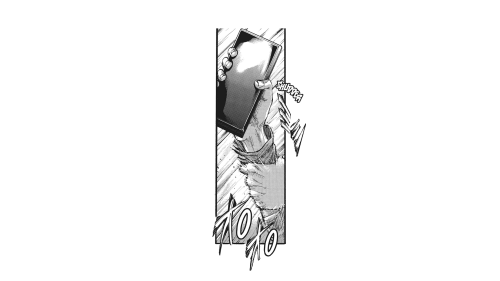 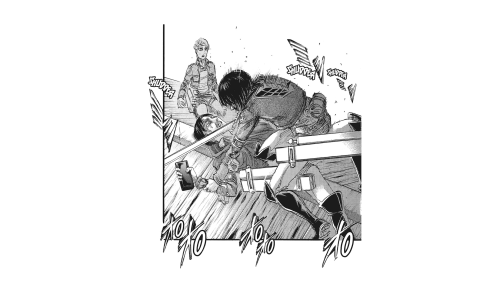 This was one of the past rewards for my supporters in Patreon.  I am doing anatomy practices for improve, so i am sharing those practices with my Patreon supporters.

This practices will be available in full size for supporters of the Tier 3.  I will be including male and female random characters. 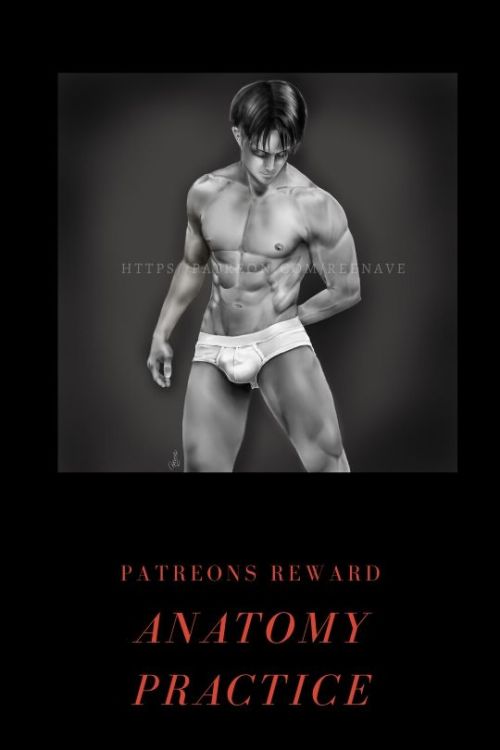 Cath and Levi are here 🙂

sometimes u just gotta protect ur half dead bf

I really, really don’t like that smartpass thing where it’s heavily implied that Levi knocks out Hange to bathe them.

1. It’s literally assault. Beating someone unconscious, stripping them naked, and then forcibly bathing them, is a gross violation of that person’s dignity and privacy. It is the furthest thing from being cute or romantic.

2. It feels too cartoonish and exaggerated to fit in with the rest of the series

3. A minor nitpick because more outlandish medical miracles have happened multiple times during the series, but if you knock someone unconscious and they stay down long enough for you to bathe them, that’s big trouble. Especially if it happens repeatedly, that would almost definitely cause brain damage.

you did this to yourself 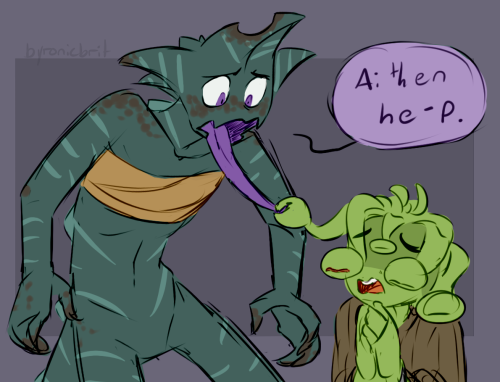 Is it just me or does Leviathan seem like he wears calf socks with sandals?

#obey me, #obey me one master to rule them all, #levi, #leviathan
13 notes · See All
imikheyText

🌊You would have loved the sea… Erwin. 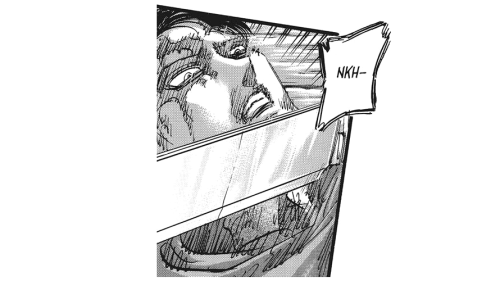 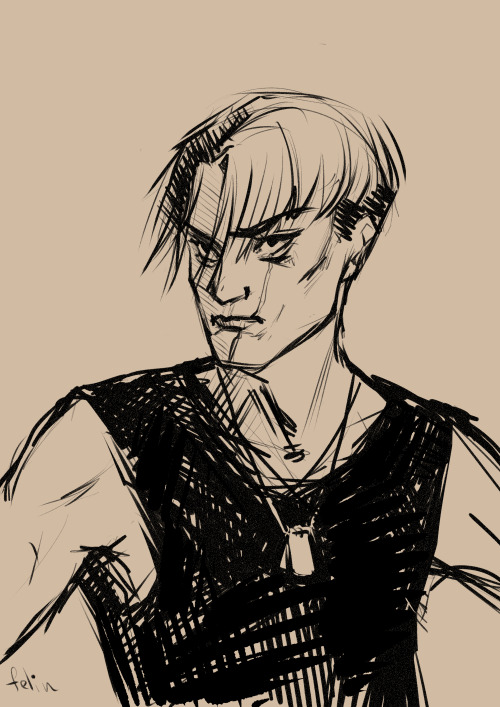 At One With Water 17

When visiting an aquarium to get away from your abusive farther you drop your ring, a ring that was given to you by your late mother, which rolls into an exhibit closed off to the public, as the creature inside is deemed overly aggressive. When your school bullies start to attack you, you trip and fall into the tank hitting your head hard and falling unconscious, only to be saved by the mystic creature, who is the last of his kind. One of the aquarium employees notices his liking to you and gets you to work there, this allows the two of you to get closer. Will your bond survive the challenges you have to face or will you be ripped apart?

-I do not own the Attack On Titan characters

You pulled Eren and Mikasa back as they went to try and grab (Y/N)’s limp and lifeless body away from Levi before he got too far away from the edge of the tank. With a gunshot wound from that close, in that position, and with no clear exit point, there was not a lot of hope for her surviving. However much you wanted to let them both go, and grab her body, you couldn’t bare to see Levi ripped apart from her yet, not when he might never get another chance to see her.

You all watched in sadness as he scrambles to get her into the middle of the tank. You were surprised at his lack of emotion. You would imagine he would be screaming in pain, pain for losing the one he loved. But rather, his face just showed anger, and weirdly, hope. As he got to the centre of his tank, he leaned down to finally give her a kiss, a merman kiss. Why does this ‘merman kiss’ seem familiar to me? I have definitly read about this before. You thought. You wiped the lone tear away from rolling down your cheek as you tried to piece together where you had read about a merman kiss.

Your memory kicked into action and eventually you remembered, you had read this in an old mer-folk book from when Levi was first brought to the aquarium. Some sort of warning about kissing or being kissed by a merman or mermaid that you loved.

(Y/N) was the one to confirm what was coming forth from your memory, as a painful gasp left her lips and she began violently convulsing like she was having a fit.

“What’s happening to her?” Eren stressed, frantically trying to get to her.

“Levi’s saved her life…” you answered.

“What?” Mikasa asked confused, now both her and Eren turning their heads towards you.

“When kissed by a merman you love and who loves you in return, your new life begins” you recited the cryptic message but now you knew what it meant.

“Shhhh just watch” you said, the tears of sadness turning into tears of joy running down your face as you realised what was happening. You turned Erens head back to Levi and (Y/N).

Although that wasn’t the best idea as it had started to get awkward as Levi began to strip (Y/N) “ok maybe we shouldn’t just watch and instead turn around until there done”.

You all turned away all just looking at the back wall until a small mew from Levi behind you made you turn back around hoping that what you thought was happening had actually happened. Your eyes instantly lit up at the sight, in excitement.

(Y/N)’s two legs had merged into one. (F/C) scales had pushed through the soft skin on her legs and created a long shimmering (F/C) tail, the same coloured ear, back and arm fins relaxed against her body as she was still unconscious, and had stopped convulsing. The same (F/C) scales were also on a bit of her stomach and boobs almost like a fancy scaly bikini. Her neck was red where her gills had split in her neck, and all her serious injuries had closed.

“How is that possible?” Armin murmured.

“Yes! This is amazing!” You ignored his question.

“Yes, it is amazing I would agree but we should probably give them some space and time together. And some time for (Y/N)’s body to relax and recuperate it’s been through a lot” Erwin began ushering people out as he spoke.

“No please I want to run some tests” you moaned.

“Later” Erwin dragged you away from them allowing both Levi and (Y/N) to be alone.

Pain burned all over your body, but you were floating in something cool which felt nice against your flaming body. Your body and brain were trying to catch up with how you had gotten to where ever you where now and slowly it all came back.

Your father, you being shot. I should be dead, you thought “(Y/N). Brat wake up” the voice was very unfamiliar.

You hadn’t heard it ever before but it was comforting and calmed you almost into another deep sleep. But the voice clearly wanted you awake “(Y/N) don’t make me shake you because I will do it”.

A groan left you lips as you pulled your eyelids open your eyed meeting the face of Levi, who looked quite worried and was very close to your own face. You looked around trying to find the source of the voice you had just heard, realising your body felt very different to normal but you just thought you were being stupid.

“Brat how are you feeling?” A soothing deep voice asked you looked up to Levi and realised it was coming from him.

“Wha-?” Your eyes widened in surprise.

“How can I understand you right now?” Your voice also sounded different but you ignored that much like your strange feeling body.

“You should look down” he rolled his eyes with a smirk, in his familiar manner.

You frowned in further confusion but did as he suggested, you looked down and gasped at your new form. Instead of legs you now had a long scaly (F/C) tail. Your eyes search the rest of your body seeing your new fins before finally reaching up and feeling your new gills which felt quite odd like slits of sand paper which you weren’t ever going to touch again as it made you cringe to feel them.

“Yes, I’m sorry if you didn’t want to be like me but it was the only way I could save your life” he apologised guilt turning on his face.

“No don’t apologise. It means that we can be together forever. You’re going to be stuck with me” you teased.

He smirked at you “I couldn’t imagine anything else. Come on we need to work on your water breathing and swimming so that I can show you everything” he said.

“Nope, first I think I need a kiss from my hero” you smirked back.

You watched his cheeks turn red from embarrassment. You wrapped your arms around his neck and leaned in placing your lips against his own, Levi instantly kissed back, wrapping his tail around your own,the colours of your scales melting together. You felt his tongue lick your bottom lip asking for entrance which you gave by opening you mouth, both your tongue fought with him winning.

“Ahhhh this is so cute” a screech made you snap away from each other in surprise.

It was Hange you were so glad she looked ok “Hange! How are you?”.

“Yeah sorry (Y/N) but with you as a mermaid I can no longer understand what you’re saying. But I’m glad your awake” she answered.

“Oh” you tried to swim over to her but you tail was heavier than you thought and you weren’t used to it, so it quickly got difficult and too started to sink.

“Ok ok sorry Levi I’ll leave you two, to you know” she winked at the both of you making you rolled your eyes at her, it was pretty clear what she wanted you to do.

“Come on, swimming and breathing, it’s very important” Levi ordered when Hange was out of sight.

“Ok but can I have one more kiss first” you shyly asked.

“Brat.” He mumbled and then leaned down to give you another kiss. You had finally found where you were meant to be. Right here in Levi’s arms.

Thank you for the ask!! ♥ I’m so sorry it took me so long to write it!

Since you let me choose the genre I went for pure fluff ;) (since the last prompt was pure angst) I hope you’ll like it!! 💕

Levi was used to work until late hours, his job keeping him extremely busy, but today he had been able to leave early for the first time in months. He was looking forward to drinking a good and hot cup of tea, maybe try the blend his sister had offered him for his birthday, the thought of a green, flowery tea relaxing his mind before even tasting it.

When he arrived to his apartment, he was surprised to find the door unlocked. He had thought Mikasa would still be at university at this hour, but then he remembered she didn’t have classes on Tuesday’s afternoons. It could be a good opportunity for them to catch up; they hadn’t had a real conversation in a while, besides the usual small talks necessary between flatmates.

As he entered his living room however, instead of the silky, black hair and almond-shaped ebony eyes he was expecting to see, he was met with two green orbs and messy brown hair tied in a bun. The bag Levi was carrying with him fell on the wooden floor with a loud thump which caught the attention of the man leisurely sitting on the couch.

Levi couldn’t say anything, nor think. His mind was completely blank except for the many visions of the boy he once knew invading his brain and leaving him breathless, one word echoing in his ear until he could hear his own voice say it. 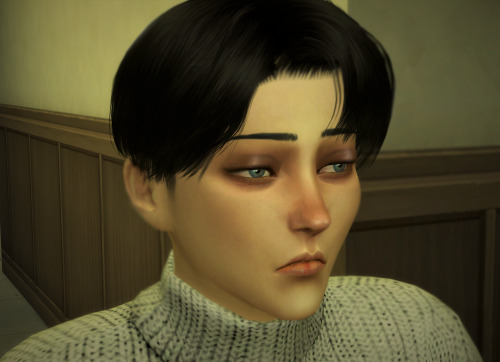 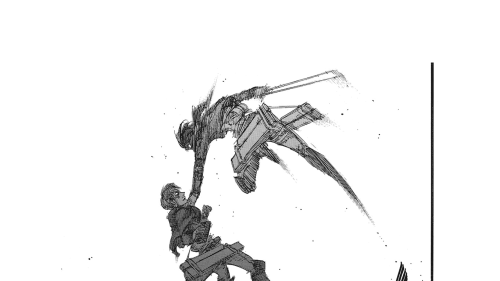 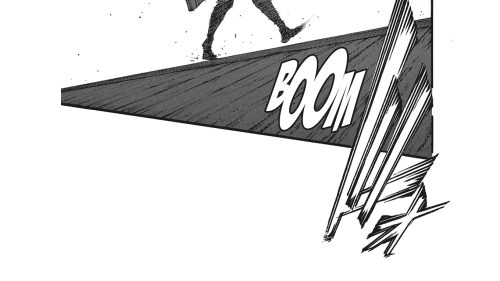 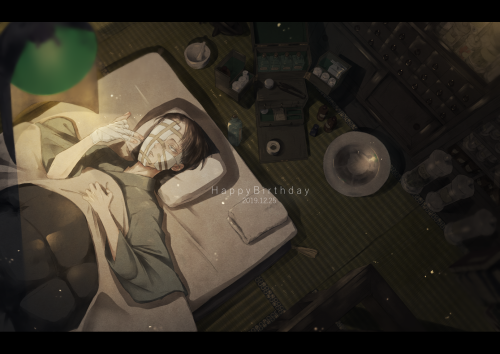