Trending Blogs
#all for one
bernderPhoto

Bonus for the Death Note crossover because I had to draw what they fully look like.

Kurogiri be a fucking god of death and he still looks like your Legend of Zelda/Star Wars fucking nanny- and AFO continuously gives Jack Skeleman vibes the entire time. 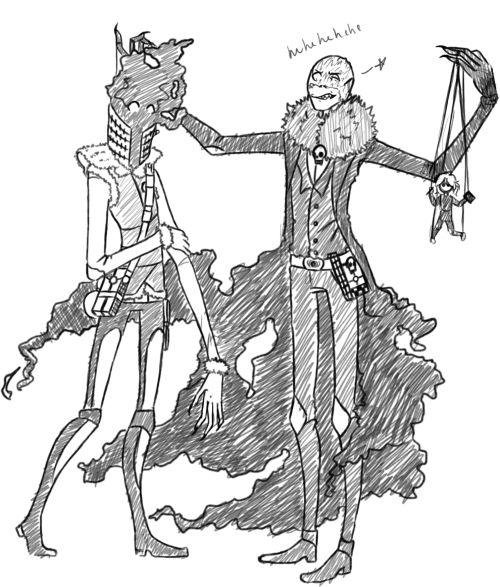 YES and i’m a fan! i think it’s telling that horikoshi promised we will be seeing/hearing from izuku’s absent father at some point, yet we’re at such a climactic arc in the manga rn and STILL know nothing about midoriya hisashi’s appearance or backstory even though we’ve gotten plenty of dabi/touya hints and surprise reveals like shirakumo/kurogiri. but you know whose backstory we do know that very conveniently aligns with the crumbs we have about hisashi? all for one!!!

horikoshi doesn’t just say things and forget about them - similarly to the UA traitor, i think he wants us to forget about it with everything else going on but i for one have not forgotten about deku’s dad!! even if it turns out that hisashi and afo aren’t the same person, it will be interesting to see how hisashi fits into the lives of izuku and inko when he returns - not to mention his dynamic with all might, his son’s new father figure.

either way, dad for one or not, i am pretty much 100% sure that midoriya hisashi is a villain.

this post explains the theory in detail and it’s just *chef kiss* !!!!

Villain Deku What If Scenario

All for One: All Might! It was always my plan to have Tomura, the Grandson of your Master; kill you….however, this child would be just as appropriate.

All for One: Do you recognize him All Might? He is the boy who you told couldn’t be a Hero. Tomura may have been indirectly your fault, but this boy….you only have yourself to blame.

All Might: (No….it’s my fault…because of me…because of what I said…this child…)

All for One: You claim to be a Pillar of Peace & yet here you are, about to be killed by a Villain of your own creation.

alignment chart courtesy of @gomboc123, i will not be taking further questions. 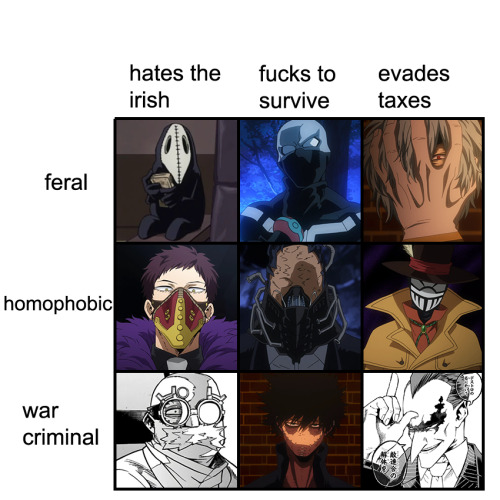 #mine, #bnha, #bnha shitpost, #mimic, #joi irinaka, #twice, #jin bubaigawara, #shigaraki tomura, #overhaul, #kai chisaki, #all for one, #mr compress, #sako, #daruma ujiko, #dabi, #redestro
88 notes · See All
askallforoneandtomuraAnswer
i never knew you were so compassionate by raising Tomura. Did you ever take him to school? What did he do for special events like birthdays? When did you train him?

AFO: And birthdays are my favorites! I have forgotten my birthday long time ago but for humans who don’t live forever it has to be so exciting! This is why I always make sure Tomura’s birthdays are his favorite days of the year! I fully let him decide what he wants from me and it’s really sweet

Training him is a daily thing, of course, I won’t push him when he’s ill and too weak but i won’t let him simulate or try to make puppy eyes to me to avoid it.

@shigarakis-waifu it’s your himbo boy and his supervillain husband

I recently had a life changing revelation, and it’s about these stupid red sneakers Izuku and Tomura wear.

Going all the way back to the start of the series, let’s recall something we learned in the first chapter;

Quirkless people have an extra joint in their pinky toes.

That’s how the doctor at the start knows Izuku is quirkless vs a late bloomer or someone with a quirk waiting to be triggered. People with quirks don’t have an extra joint. This joint is also something developed fairly young. As far as we know, gaining a quirk later in life wouldn’t change the status of this joint. So, if you’re born quirkless, then you’ll have that extra toe joint for the rest of your life, even if you get a quirk later.

Now, it’s a fairly minor trait to have. It wouldn’t be super obvious to anyone else unless they’ve got a person’s x-rays or for some reason they’ve spent a really long time staring at feet. But having an extra toe joint would probably effect a person’s feet/stride. Not drastically, but enough that someone would likely be uncomfortable in shoes designed for someone with only one toe joint.

And here’s the thing, unfortunately, that’s going to be most shoes. Quirkless people are in the minority, and getting progressively rarer, with young quirkless people being highly uncommon. Not only that, but people who are quirkless are seen as weak by society at large. So, if someone whose young and quirkless wants something like athletic shoes made for standing up to the work of a hero/villain, their options are going to be quite limited. Odds are there’d only be a few affordable brands out there.

Which brings me to Izuku and Tomura’s matching red sneakers. Now, I’ve seen some people say that their matching sneakers are a hint towards the Dad For One Theory, and while on the surface that makes sense, if you think about it for a minute, it doesn’t quite add up. Both Izuku and Tomura have undergone design revamps and are well past the age/influence where AFO would have anything to do with their shoe choice.

Yet there they are, wearing near identical sneakers for every single outfit. Almost as if they don’t have any other options.

And it was awfully convenient for All for One that the grandson of his enemy just so happened to get a highly destructive quirk that manifested suddenly and in such a way that it left him traumatized and easily influenced into becoming a villain. Or maybe it wasn’t convenient, and there’s a reason Tomura wears shoes so similar to that of our formerly quirkless protagonist. 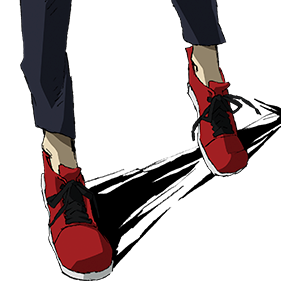 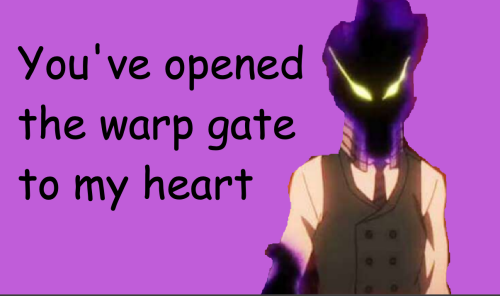 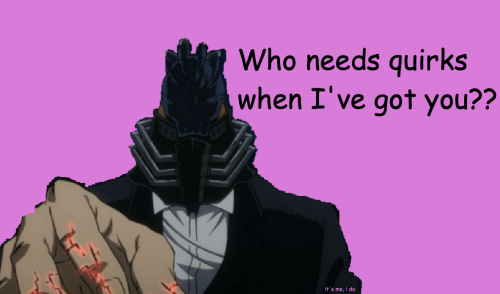 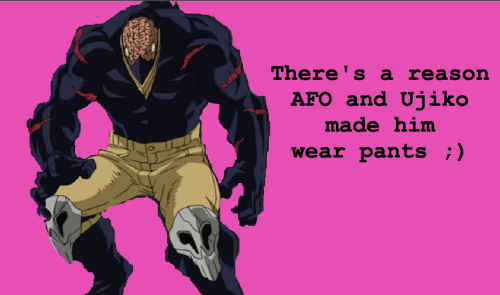 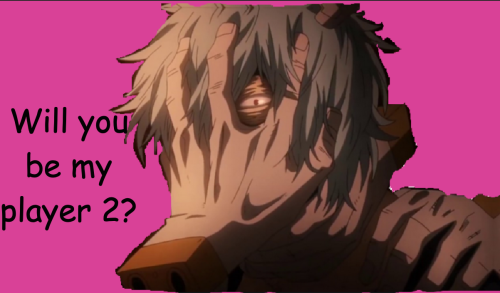 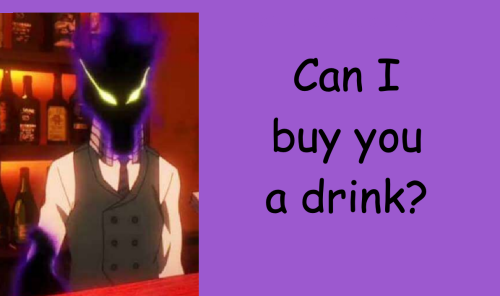 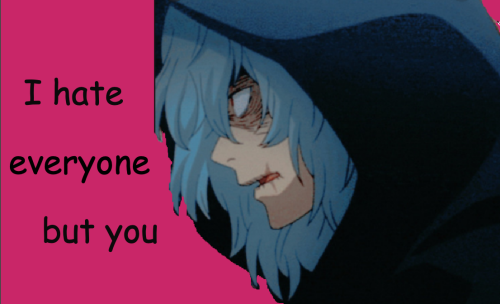 #shigaraki tomura, #all for one, #kurogiri, #bnha
78 notes · See All
iamtypinglike98madmenText

the plot is full of so much izuku vs bakugou that i feel like we never get to see or explore izuku vs Tomura. Yknow, the actual protagonist and antagonist? The successors of Ofa vs Afo? The closest we’ve gotten was the mall confrontation scene, back in season 2, and that was very brief. I want their relationship to be explored. If they’re eventually going to face off against each other properly, I’d like for there to be stakes behind it. As it is they barely know or understand each other, they’re both just filling in the roles that their mentors gave them. It’s kind of hard to feel compelled by a rivalry when there’s little personal involvement between the two people in question.

#bnha criticism, #bnha, #mha, #shigaraki tomura, #izuku midoriya, #all might, #all for one, #My Hero Academia, #boku no hero academia
37 notes · See All
thotsforvillainrightsText

1.)All For One’s Theme-My Hero Academia

2.)The Power of AFO-My Hero Academia

I wanna see some Deku 🥦

a My Hero Academia concept: a fan vid where they use All For One from High School Musical 2

If someone has done this already can someone please please send it to me?

Chapter 15- GentleHeroes! You Can’t Fight Yet! This is the War Room!

Summary- Even if so many people are itching for a counter attack, UA needs to carefully plan their next steps.All for One wanted to send a message. But what were his true intentions?

#my hero academia, #fanfiction, #kid for one, #all for one, #all might, #yagi toshinori, #nezu, #recovery girl, #muse writes
4 notes · See All
swinter-winterText

Where the fuck are all my Overhaul whores~❄️

P.S OVERHAUL HAS A MASSIVE FOREHEAD in the anime

#my hero academia, #my hero academia memes, #my hero memes, #boku no hero academia, #boku no hero memes, #boku no hero manga, #my hero academy spoilers, #my hero imagines, #my hero academia season 4, #leauge of villians, #all for one, #overhaul, #kai chisaki, #tomura shigaraki, #toga himiko, #dabi, #touya todoroki, #ikuya kirishima, #denki kaminari, #bakugou katsuki, #todoroki shōto, #toshinori yagi, #midoriya izuku, #mha spoilers, #chronostasis, #eight precepts of death, #shouta aizawa, #bnha shitpost, #momo yaoyorozu, #all might
28 notes · See All
quirkwizardAnswer
I've been thinking on this question and I wanted to know what you make of it. Say All for One gives someone a quirk and they now have two quirks or a merged quirk. Should that person have a kid would they get the original quirk, both quirks/merged quirk, or would it just end up as another One for All where it can only now be passed through a specialized method?

That’s an interesting idea. To answer your first question, the Quirks would remain separate, as we haven’t seen any Quirk fuse since “One For All”. As for what would be passed on, I believe that their original Quirk would be passed on.  Either because that other Quirk is considered foreign to the body and isn’t passed on, or the process of getting a Quirk from “All For One” is more like having it be grafted on or transplanted, not necessarily altering the body beyond just giving it a new Quirk. As for being passed on, I doubt that would be possible. “One For All” was such an unique circumstance that I don’t think it could really be replicated and it would likely just be a watered down version.

On that note, I don’t think that any aspect of “One For All” can be passed down genetically either, so I believe that the kid would have that original Quirk and it would function normally. I’ll start with saying that I’m not sure about calling the result of “One For All” with another person a “merged Quirk”. It’s not like there is any drastic changes once the Quirk is implemented, it just improves the Quirk on the most basic level. To me, it’s best to compare “One For All” to a parasite. I know that a parasite is harmful, but I believe it’s the best comparison for this.

So “One For All” latches onto a host body, enhances their abilities overall, and leaves once it’s passed on to a new body via a sample of DNA. It’s something that is unnatural to the body, so I don’t see why it would be passed down through DNA. It’s not like it integrates into someone on the genetic level. It’s more like a modification that is put on the body rather than a new part of it. It’s like an item in a video game that gives you a new ability, not modifies your current one.

#My Hero Academia, #Quirks, #All For One, #All Might, #Toshinori Yagi, #Midoriya Izuku, #Deku, #One For All, #MHA Meta
24 notes · See All
callsign-chimeraPhoto

i may have gone too far, he’s actually feral 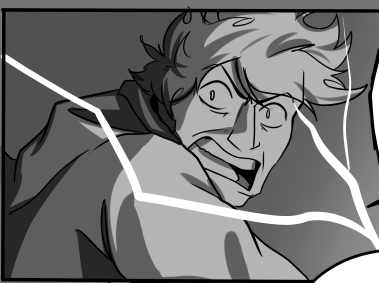 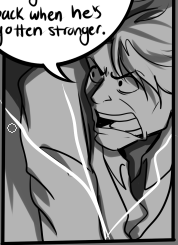