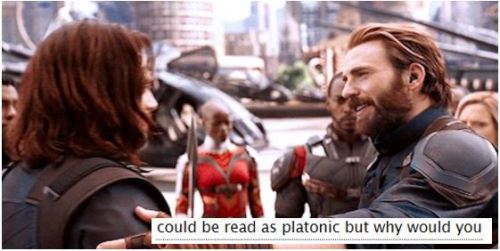 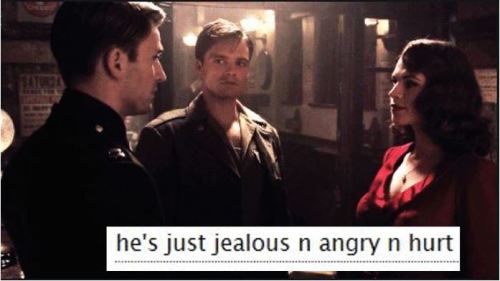 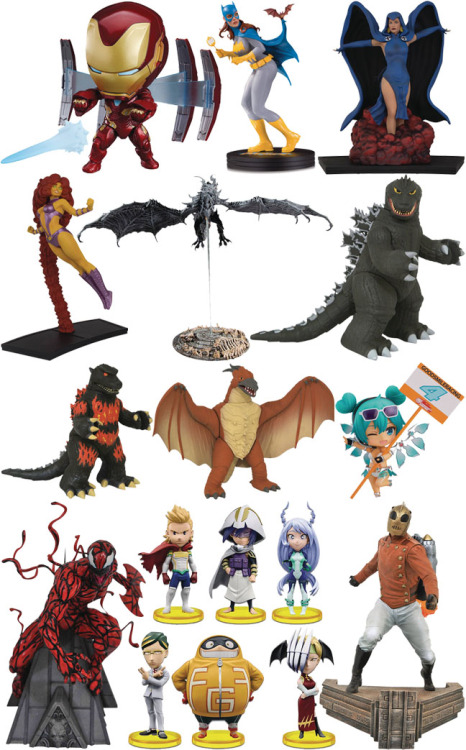 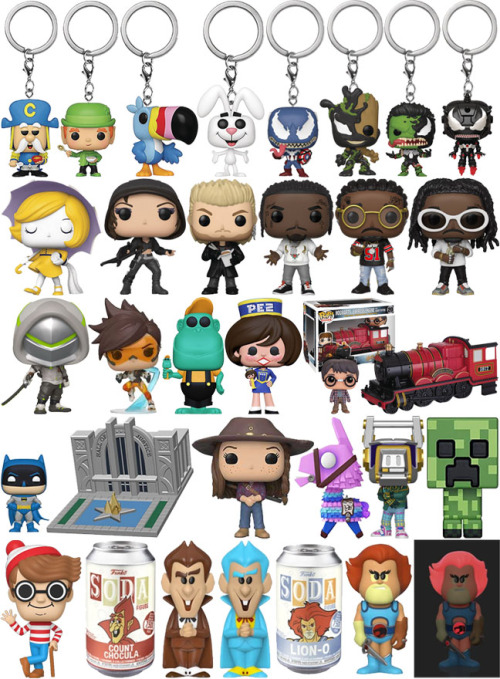 Moonlight filtered into the room, it’s pale glow comforting as it illuminated some of the shadows that surrounded you. The digital alarm clock on the bedside table was the only other source of light, a harsh, red gleam that red 2:48 a.m.

It was at times like this when you thought (perhaps maybe too much) about the life you were living. About the people you had killed; the lives you had taken. The explosions, the battles, the wars… was it worth it? You thought you knew what you had agreed to when Nick Fury posed the question to you all those years ago. But had you ever truly known? After all that fighting, all that death, half of the world just… disappeared.

You needed a drink.

Slipping out of bed, padding your way to your tiny kitchen, and grabbing whatever hit your hand first when you opened the fridge was the easy part. Your body was tired, sure, but exhaustion was an old friend of yours that you greeted and invited inside whenever he came around. It was your mind that plagued you the most.

It had been a strange feeling, holding a solder in your arms as he turned into dust. It was a strange sound to hear his voice fail as his larynx faded into nothing. You could still hear the prayers echo in your ears, feel the itch on your fingers and his flesh fell away.

Ashes, ashes, we all fall down.

You had considered being cremated one you died. The thought left you sick to your stomach.

You were sitting on the couch when you heard the metal of your lock slide open. You heard footsteps on the carpet but didn’t bother to look up. It wasn’t anyone you couldn’t handle. And even then, you weren’t sure if stopping them was something you wanted to do.

“I figured you’d be up.” The voice that called out to you was hoarse, the way yours would be if you trusted yourself enough with words. They sat down next to you on the sofa, the furniture sagging underneath their weight. You looked up to a pair of haggard but patient blue eyes.

There was a moment of silence. You stared at him intently, memorizing the wrinkles near his eyes, the stubble that was just starting to grow in. It had been so long since that day, but the darkness still clung to him.

“Steve.” He smiled at the way you said his name, the care that you placed in the simple syllable. “It’s late.”

And you both sat there, silence filling your minds. It was a nice change, the quiet. It drowned out the screams in your mind.

“Talk to me.” His voice was monotone, no pleading, no demanding. Just a statement.

You allowed yourself a bitter laugh at his words. His eyes, trained on the opposite side of the room, never wavered from their spot. How you wished he would look your way. “And tell you what?” you asked rigidly, any life if you face gone.

Another moment of silence. You took a swig of your drink.

“I’m healing, Cap, ” you said harshly, your tone betraying your words. “This is the way it always is, right. I hide until you come to talk me out of it. And so I tell myself, ‘get better.’ And I do. Then there’s another goddamn mission for me to complete and I’m broken all over again. And so I tell myself, ‘get better.’ But what for? To be beaten to the ground again? To have nothing left?”

You didn’t realize you had been shouting until the blanket of silence descended upon you again.

You sighed and rubbed a hand against your eyes.

“We can’t fix it this time, Steve,” you whispered the words, but they came out as a sob.

I hate it when people write articles on how much RDJ made while playing Tony Stark…like….are you trying to get me to hate him, because nice try, I never will.

Peter: Mr. Stark, I have a question.

Peter: Why are iPhone chargers not called Apple Juice?

For two years you and Bucky had danced around the idea that you may be more than just friends. Two years of constant flirting and lingering gazes accumulated in one magical afternoon.

The threat of Thanos invading Earth was looming and while comforting you, Bucky confessed his feelings for you, thus leading the two of you spending the afternoon in each other’s arms.

Who would’ve thought that three hours later you would lose him.

Who would’ve thought that while everyone was trying to figure out how the world would move on after losing half its population, you found out you were pregnant with Bucky Barnes’ child.

Life was funny that way. 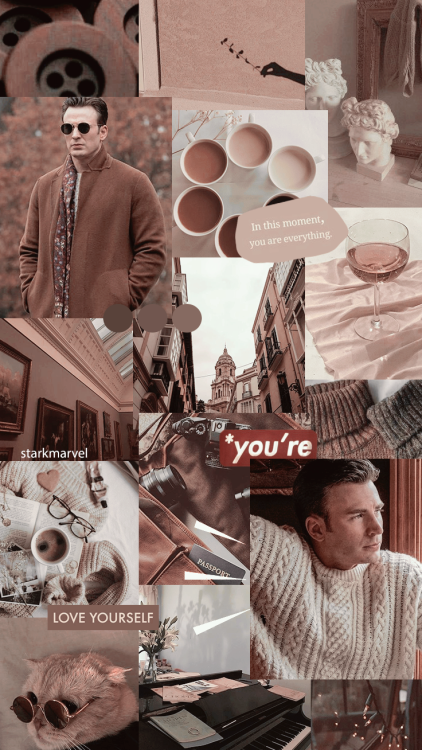 Here are a few stories/drabbles revolving around Steve Rogers and {NAME} Odinsdottir; the man out of time who fell for a girl out of this world

“I don’t know about James. I never really liked it myself.” Bucky stated while the two of you sat in bed together.

The two of you had just found out that you were having a boy. You had some names as options if it was a boy or a girl, but the one you kept insisting on was James. The same name as your husband.

“I love that name! Even before I met you, I thought it was a good one. Simple, but also nice sounding.” You defended.

“It’ll be confusing whenever you’re calling one of us,”

“I never call you James. You always insist on everyone calling you Bucky.”

“You still call me James when you’re mad at me,” he pointed out.

You let out a frustrated huff, laying down so you were now on your back and looking at the ceiling as you mindlessly stroked your pregnant belly.

“What about his middle name being like another president’s name?” You offered, looking back at Bucky. “Like, ‘James Jackson Barnes?’”

Bucky thought about it, seeming to like the way that sounded. “Could call him Jack for short,”

“I like Jack,” you agreed. “‘Jack Barnes’ sounds pretty badass.”

He looked down at you with a soft chuckle and pressed a small kiss on the top of your bump before gently resting his chin on it.

Having little one help flip pancakes.

“Daddy, what are you doing?”

Steve turned around and had his eyes meet his daughter Daisy’s. The four year old had stopped whatever it was she was doing when she had sniffed an all too familiar and delicious smell. Her little investigation found her in the kitchen watching her dad make bacon and eggs.

Steve answered her with a soft smile, “I’m making dinner,”

“It’s what your mom wanted,” he chuckled.

{NAME’s} cravings had been something else. They weren’t anything too out of the ordinary, but they had pretty much come in bulk. She already had a big appetite to begin with, but it seemed to have doubled since getting pregnant.

Steve transferred the last of the eggs and bacon on their serving plates with the rest he had made.

“I’m about to start on the pancakes. You wanna help me with those?”

“Can Uncle Loki help too?”

There was still some light tension between the couple and {NAME’s} adopted brother. He had been found by Thor on one of his explorations with the Guardians while everyone still believed that he was dead (again). {NAME} was mad of course, but she wanted her kids to have a good relationship with the family she had left. And so far he had been able to make up for everything with how great he was as an uncle, being able to entertain his nieces with his stories and the magic he showed them. Even having fun with teaching Daisy a thing or two since she was at an age where she could already wield magic of her own.

Steve pursed his lips together as a brief attempt to hide his uncertainty, but then he gave his little girl another smile.

“Sure sweetheart. Why don’t you go ask if he wants to help out?”

“Okay!” Daisy exclaimed before running towards her bedroom where she was at previously with her uncle.

“This should be fun…” Steve sighed to himself.

Nat: Clint are you okay?

Clint: so? You think that just because im limping it means I can’t take care of myself?? That somethings wrong???

Clint: you’re right. Please take me to the hospital

Please, give credit if you use.

“What is your job exactly, except to make balloon animals?“