Kenny: I found you faker!

Kendrix: Faker? I think you’re the fake one around here. You’re comparing yourself to me? Ha! You’re not even good enough to be my fa-

Kendrix: Hey you didn’t even let me finish my sentence! So rude!

Physical Traits: Jora has very deep brown skin, dark brown eyes, and black hair. She often wears girly outfits in a variety of colors. She is rather tall for her age and has a chubby body type. Whenever she uses her powers her entire body emits a soft neon glow. Among her accessories are hair clips in odd designs (pizza, fruit, bugs, etc) and headbands. She always has her hair in buns as well as white lace gloves.

Personality: Jora is very timid and often a just bystander, unwilling to act on her own without the guidance of other people. This leads to her becoming too dependent and clingy. Through the summer she becomes less clingy and more resourceful, able to solve problems on her own. Initially she was ashamed of her powers and even tried to get rid of them on one occasion, until an event led to her finally realizing her true worth. Jora is more feminine with a love of playing dress up, and even designing her own costumes. She also has a deep respect for nature, but dislikes it when people become too dead set on pushing their beliefs on others.

Dislikes: Her powers, hypocrites, unnecessary conflict, being made fun of for her interests, bullies, being and feeling abandoned, asparagus, and blatant disregard for natural habitats

Powers: As a member of a clan mostly comprised of earth and nature elememtals, Jora has the very unusual ability to manipulate any (and possibly all) species of fungi, as well as inducing decay in organic objects. The downsides of this is that she must always wear gloves when in contact with other people, and her powers hold little effect on materials that are not fully organic (glass, metals, certain fabrics, etc.). She also requires a source in order to multiply her element to effective use. She can create thick clouds of mold to hinder opponents, and a mushroom tornado attack.

- As she grows older Jo gains greater control over her power to the point where she doesn’t need gloves in certain intervals. She still wears them as a young woman

- Her hypothetical voice actress would be Keke Palmer (all series)

- Jora doesn’t have a place in UAF because she’s busy fighting her enemies; she did remain in contact with the Tennysons throughout the years though

- Jora doesn’t have a main color; I guess it can be rainbow, or pink or teal because nature

- She has a nature motif to contrast with Ben’s aliens and Gwen’s magic; she also serves as foil for Kevin 11

- Much of her character was based on CardCaptor Sakura; she’s also based on Kid Rot from Grossology and Flora and Mirta from Winx Club

- Her birthday is in March

Icon of Ginger T. Glass, a friend of Jora’s and a sand and glass elemental! She’s a relatively minor character in my Ben 10 fanverse.

#ginger t. glass, #Ben 10 oc, #sangled, #Picrew, #dollmaker, #Oc icon, #Fan character, #ben 10 original series, #ben 10 omniverse, #Ben 10, #woc, #she was going to have ice or fire, #but sand and glass sounds a lot more unique, #plus is kinda goes with the hot/cold dynamic since glass is made from melting sand, #and wet sand feels cool to the touch
4 notes · See All
gritsandbritsText

“Trust is for fools! Fear is the only reliable way! Even you fear me.”

Sketch of Jora as she appears in the classic B10 and Reboot. If both versions meet I could see Classic Jo becoming a mentor figure to her counterpart.

#jora holiday, #ben 10, #Ben 10 oc, #ben 10 classic, #Ben 10 reboot, #fan characters, #Sketch, #I dont hate the reboot but i do have problems with it, #but as longas gwens not twerking im cool with it
13 notes · See All
gritsandbritsText

The real reason why I created Kendrix is because I wanted a female Ben 10 character who could go absolutely apeshit on her opponents and not give a single fuck. 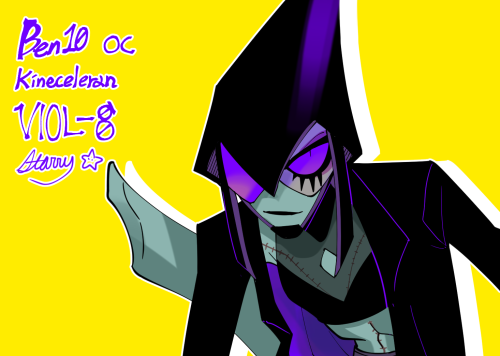 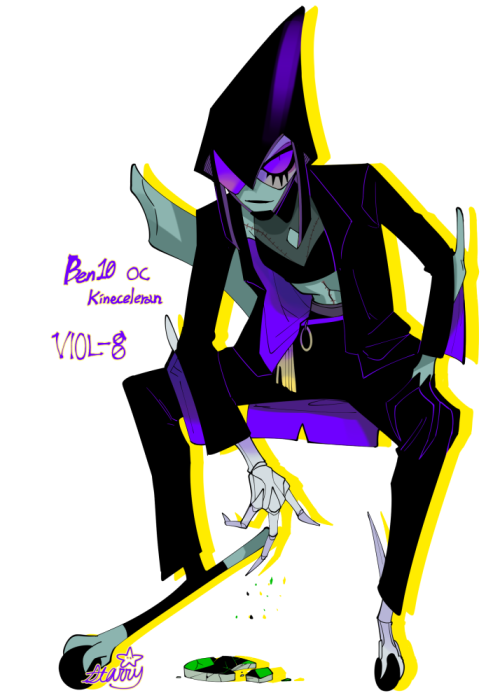 Okay so I’m working on a rewrite of the episode Framed because I really want to delve into Jo and Ben’s friendship and how they grow into True Companions.

I was thinking having Kevin kidnap Jo towards the climax and then have Ben rescue her. And ten have Jo use her powers on Kevin to protect Ben (without lethality of course) and I just like… *chef’s kiss* imagining them from thinking the other as obnoxious to actually caring for each other and Four Arms giving her a piggyback back down the bridge and I’m crying at how sweet this all sounds….

Also this sentence is literally how I feel about the government rn:

“But even fun had to end eventually, and who better to end fun than the U.S. government.”

It’s a little grainy (shit tablet) but here is a sketch of Jora during the original series. 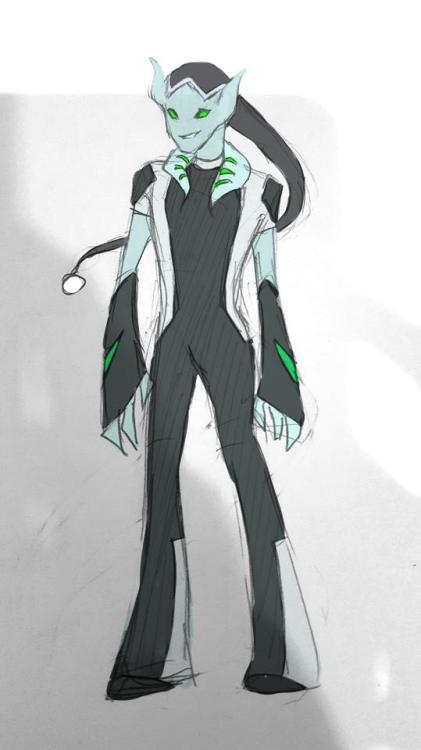 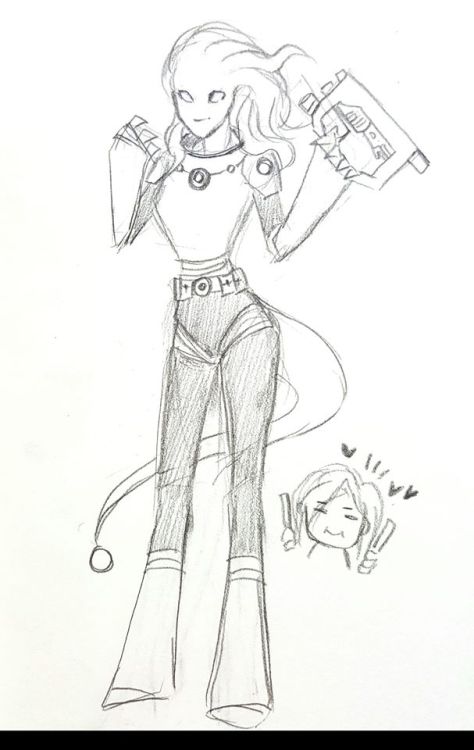 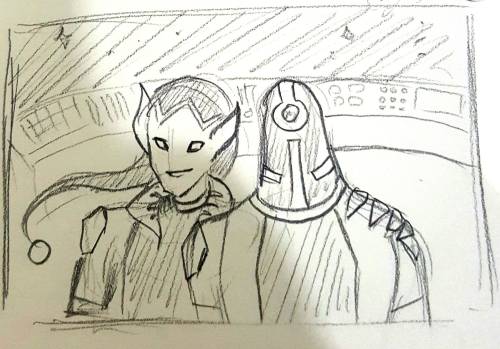 why are these characters hanging out together? reality is an illusion and sometimes your sonic oc just happens to be friends with benjamin tennyson 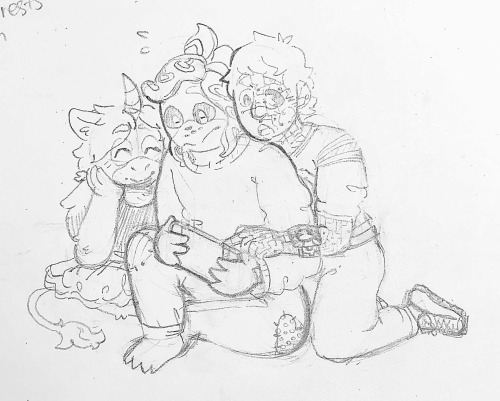 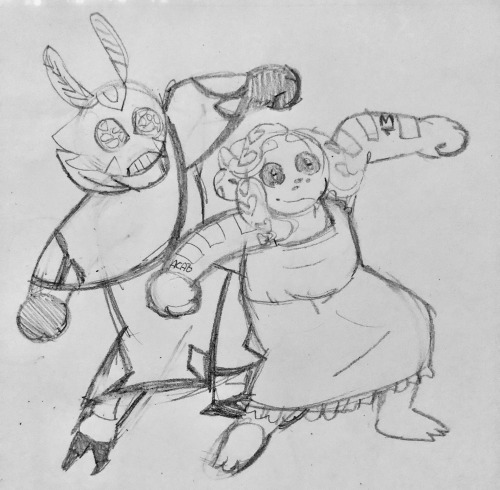 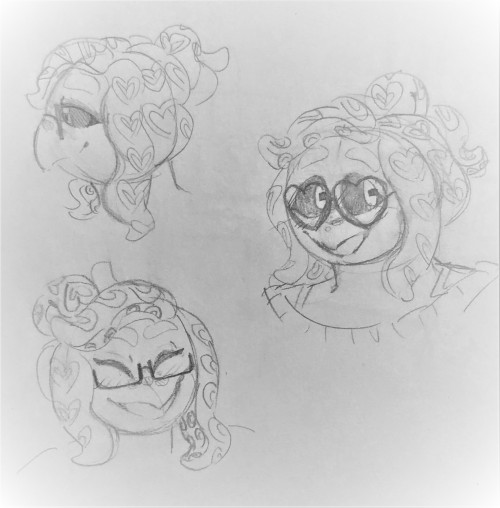 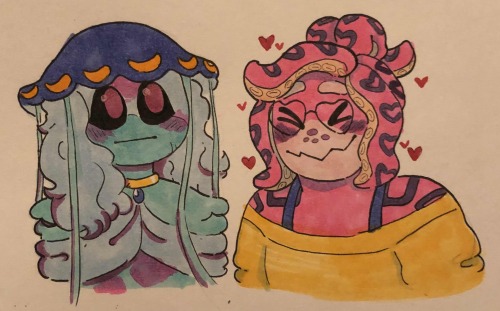 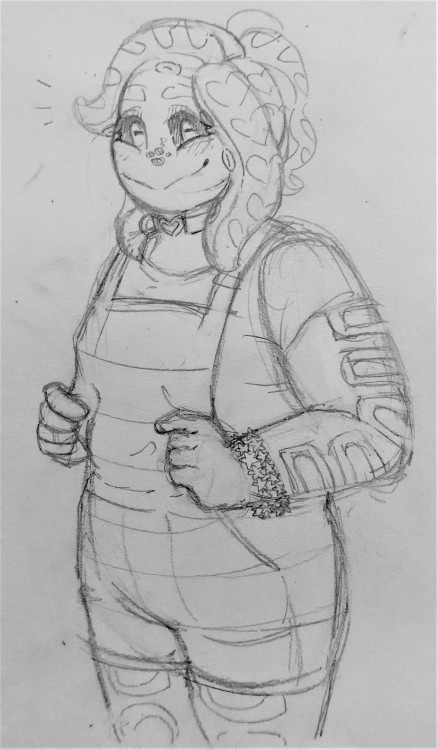 Yes people- you’re seeing it. Actual pencil and paper traditional art from yours truly. I know it’s a miracle!

I had some free time in between classes so I decided to try and get back into the traditional art game. Yes, I have my laptop and tablet with be but damn it is hard to find an empty table in cafes and whatnot around campus. So I figured- why not practice traditional art and I have to say I’m very surprised that I did so well. My traditional art has always been “meh” compared to my digital art. So to see that it’s actually not as bad as I remembered, it makes me feel proud of myself.

Anyways enough talking- so the top doodle is of my Skyrim character, Esmeralda. For those of you who don’t know her, she’s a Nord who’s an absolute escentric powerhouse and loves helping others. She’s with the Companions though she was already a werewolf before she joined them. If you wish to know more about her there will be a link to her bio and all that at the bottom of this post. The bottom doodle is a chibi version of my Ben 10 alien persona, Vivienne- a spunky and stubborn Splixson who absolutely loves to tinker with technology.

Well- I can definitely say that you guys can expect more traditional art doodles. Who knew? XD

Do not use or repost my art without permission!!!

⭐ Whenever Jo is super happy her powers reflect her joy by blooming into bright and colorful (and harmless) mushrooms.

Peace sign: Jo and Ben’s friendship solidified when he rescued her from Kevin when he kidnapped her during the events of “Framed”

Created another villain! Her name is Harper and she works as one of Kudzu’s enforcers. She might possibly be related to Rojo, but if she is then she would be Harper’s aunt that she absolutely worships. I could put in Harper as a child who wanted to tag along with her aunt’s motorcycle gang, eventually becoming a fully fledged villain as a young woman.

Harper is really into villainy mostly because of the aesthetics as well as the rush she gets from pissing off the authorities, government, plumbers, even other villains. She goes by the name Harpy Eagle.

This ref was made on the Dinogeddon app.

After mulling it over for a while I decided to work on Jora’s Rogue’s Gallery. Where Ben mainly deals with aliens and science-based foes and Gwen’s revolve around magic, Jo’s villains are more focus on the environmental, societal, and Elemental aspects of the world. These two are Kudzu (left) and Mara Winters/Black Ice (right)

Kudzu is an environmentalist and entrepreneur who sees herself as Gaia’s vessel against the pollution and chaos of the world. When she’s not advocating for the use of essential oils, she’s going around trying to make forests in urban cities with no compassion for people that could be left homeless by her actions. Kudzu is trained in the martial arts and has limited plant and animal manipulation. She hopes one day to achieve spiritual enlightenment to create a new age of nature and spirituality under the word of Mother Earth.

Mara was a former figure skater who was involved in a career ending scandal, eventually coming into contact with Kudzu and became one of her top spies. Through experiments and spiritual therapy she began developing cryogenic abilities, able to generate paths of ‘invisible’ ice to confuse and harm the enemy. She’s very aloof, apathetic and professional, but at the same time yearns for something that could have been. Not as obsessed with the Captain Planet routine as her boss, but she keeps her mouth shut as long as she gets paid.

Kudzu was made on the Dinogeddon app; Mara on the Azalea Dollmaker app

Some stuff I’ve been working on

Being the host of a symbiote and dating Holden Goldstein would include….

My OC; Holden Goldstein is played by Joshua Bassett.