But anyway I literally just downloaded this mod and I’m already loving it.

IM KIND OF…. SUPER PROUD OF THIS??

#please look at it aifbaorb, #i shouldve been asleep like 3 hours ago but yknow, #my art, #not an oc, #toga himiko, #himiko toga, #boku no hero academia, #bnha, #my hero academia, #mha, #league of villains, #digital art
4 notes · See All
kuurechrText

i refuse to draw the main characters/cast of bnha 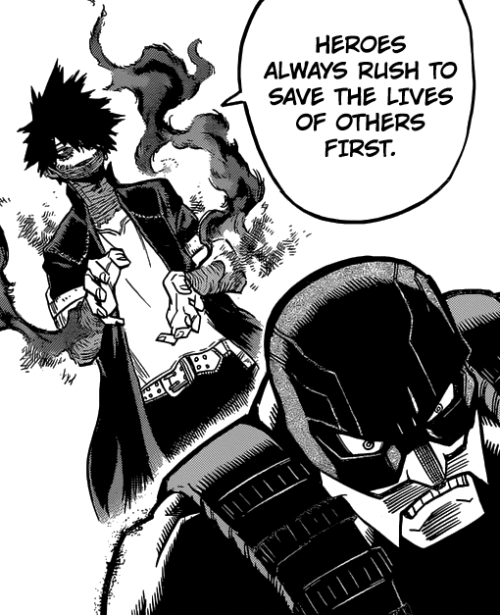 Todoroki and Kirishima comforting their s/o

A/N: Thanks for your concern, anon! I can usually work with general stuff but sometimes I run dry. Either way, I was feeling this request and I hope you like it and you’re feeling better, in case you needed some comforting fluff 💖

Latest chapter is upppppppppp (for the 5-10 people who consistently read past the first chapter har har). As always, please let me know your thoughts, comments, suggestions, etc!

Somewhat important: does anybody know how to find a beta on AO3 within your fandom? I could really use one eeeeekkk!

At sixteen, Yaoyorozu Momo and Todoroki Shouto prioritized their hero training, not frivolous, unnamed feelings about each other. When Yaoyorozu survives a traumatic mission and Todoroki fails to be her savior, both are forced to reckon with their own hero identities. Unresolved feelings, both struggle to learn, are not enough to grow strong from the aftermath.

This boutta be a series

Warning; a–n–g—s–t, kidnapping, I’ve always thought Dabi to be a kind of  awkward, asshole type of person so i tried to write him as such, shite grammar, does this suck??

You woke up the same as any morning.

As soon as your alarm clock went off you lazily slapped the snooze button, dreading the fact that in ten minutes you would be forced to open your eyes and face the day.

Wrapped up snug in your blankets you sighed ‘Skipping one day certainly wouldn’t hurt anything’ you thought to yourself, picturing what you might do if you blow off your classes. Maybe you could nap or make an actual meal. The extra time would be nice to get caught up on homework, you were falling behind in your classes anyhow…

Your thought came to an abrupt end when your alarm clock went off again, only this time you had to heed to it’s call.

With another sigh you slapped the little machine and rose out of your bed with an unenthusiastic stretch.

Your eyes were met with the early morning sun, but it wasn’t harsh like usual, but calm almost peaceful. It didn’t assault your eyes as you readied for your day even though your window lacking in curtains would have allowed it to had it been at it’s full capacity.

You slipped on your uniform, stared at your self briefly in the mirror all the small wrinkles and flaws screaming back at you but you ignored the rant that was bubbling in your head. It would come back to haunt you eventually.

Grabbing your coat and backpack off of the rack next to your apartment’s front door, you headed out into the world any hope of having a day to yourself long abandoning you.

Like clock work you walked down the bustling city blocks, you didn’t live in the best part of town but honestly it didn’t bother you.

Passing by you were salary men talking on their phones and children walking in groups to school, their voices talking excitedly. Around you were the smells of restaurants making breakfasts, your stomach grumbled reminding you that you had not eaten breakfast.

‘I could stop after class..’ you thought letting your eyes linger on the sigh of your favorite restaurant. It was a cute little cafe that sold basic dishes, nothing special but it had a certain charm to it.

Pushing the thought of food out of your mind you walked the rest of the way to the station and hoped on the nearest train, in which you rode silently until it pulled up to your university.

That’s what was supposed to happen anyway.

You hadn’t even made it to the train station when you were grabbed and pulled into an alley way you had about passed.

The hands that grabbed you were very warm on your skin, one being placed over your mouth the other firmly gripping your arm. If it hadn’t been for the trash and the awful chill air that seemed to haunt the area, you wouldn’t have been frightened.

“If you scream you’re done for.” Your handlers raspy voice said.

You nodded feeling your heart slamming in your chest, honestly the thought had never crossed your mind, despite all of the excitement you couldn’t help but feel.. tired. “What do you want?” you asked trying to contain the shakiness in your voice.

“You don’t have a choice in the matter so I will cut to the chase, I’m with the League of Villain’s and my boss wants you to ‘recruit’ you for our organization” he said, his lips curling up into a smile.

It was because of your quirk. When it came down to it that’s usually what people wanted out of you.

You sighed and looked up at the strip of blue sky that lay in between the two brick building beside you. A fluffy white cloud floated by and for a second for wondered what it might be like if you were to be it.

There was really no use in fighting, you had hear of the League of Villian’s and were fairly familiar with it’s members all having quirk’s that could over power yours.

“Good choice” the man said, almost gently he spun you around and you were brought face to face with him.

He had black hair and piercings, at first you didn’t notice the scarring that marred his body, passing it off as hallucinations from the shock of being kidnapped but that was until you looked at the corner of his mouth and saw the gleam from a silver staple.

That’s when it all became real.

A slight gasp left your mouth and you went to back away but he gripped harder on your arm.

“Now now” he said his voice a hushed warning. “Don’t do anything to-”

Underneath the pressure of his hand you could feel the roughness of the skin on his palm and you lost your breath.

You hated the sight of the injured, blood cuts, burns, all of it. Something about the carnage of it all made your skin crawl and your blood run cold.

Maybe it was because of your past but you couldn’t pinpoint exactly why it bothered you.

Suddenly you felt your knees buckle and your vision cut out.

Dabi lunged forward and caught your suddenly falling body with a bewildered look on his face. “What the hell!” he hissed catching you before your head could hit the pavement.

For a moment he froze and stared down at you. Your eyes were closed and your body felt like it had gone completely limp. ‘Damn that bad huh?’ he thought to himself looking down at you. Your lips were slightly parted and your face looked oddly peaceful, he guessed you were pretty cute.

‘I guess this makes things easier’ he thought before bending down and slipping one of his arms around your shoulder and the other around your hips.

Though Shigaraki made it clear that he wanted you as a “healer” you wouldn’t be brought to the League’s central location, that was to risky, so you would be under his “care” Honestly he was pretty bummed about the whole situation, he didn’t want to be tied down because he had to look after some chick but he had to look at the bigger picture.

“Up we go” he said blandly lifting you up and slinging you over his shoulders.

I hope Shouta got many, many more smiles after this one before Shirakumo died.

I had a few main trio pics but Tumblr deleted my shit and I deleted those pics.

I SAID TAKE IT

a/n: Yay, I almost finished with this list too! Hope you guys like it, it’s probably something a lot of you wanted to read for so long lol 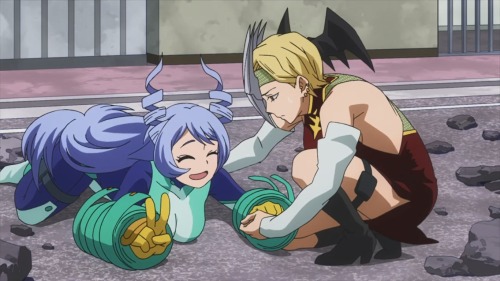 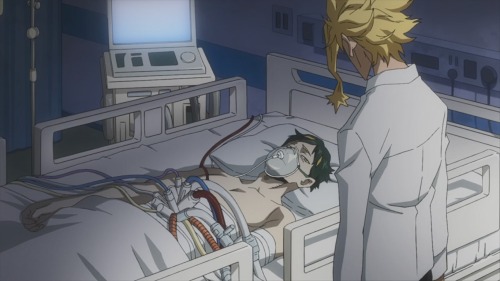 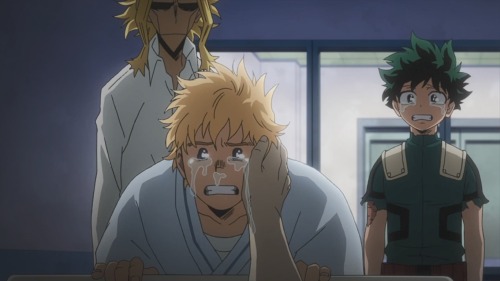 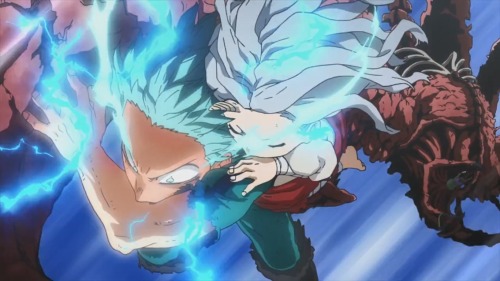 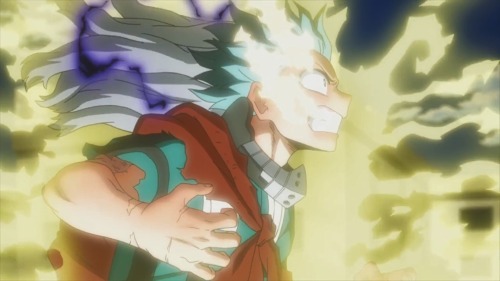 How’s being a hero been treating you? I know you must be under a lot of pressure, figures huh. Just know you can take it easy and relax sometimes okay? I’ll do what I can to support you, even if I’m under pressure by my agency too.