made a journal spread dedicated to plants💚

#Mine, #Bujo
0 notes · See All
saskolinasPhoto 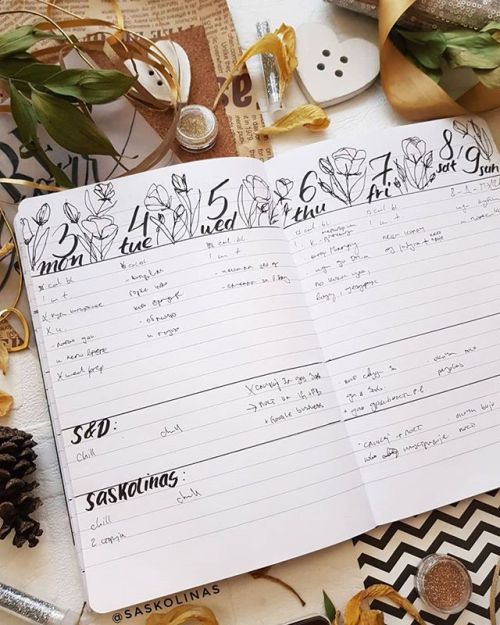 will i end this semester or will it end me?? stay tuned to find out

May I never forget 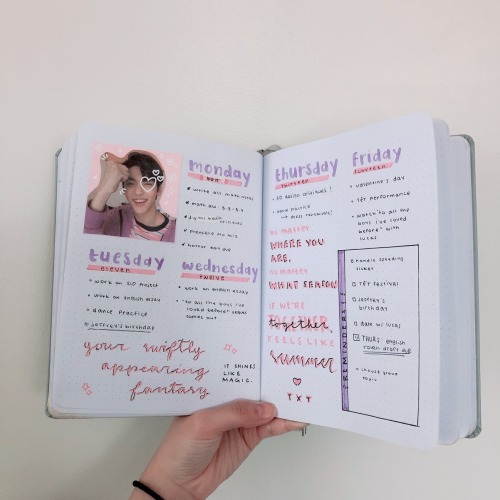 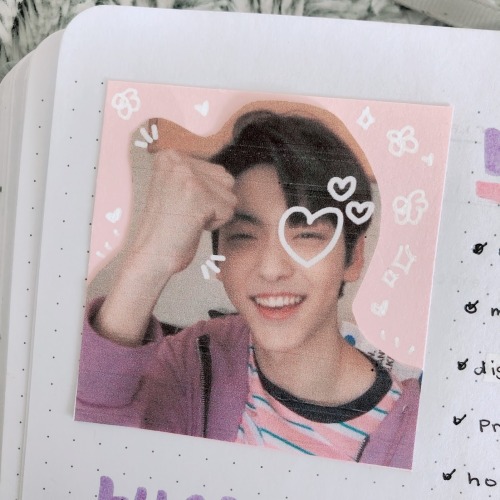 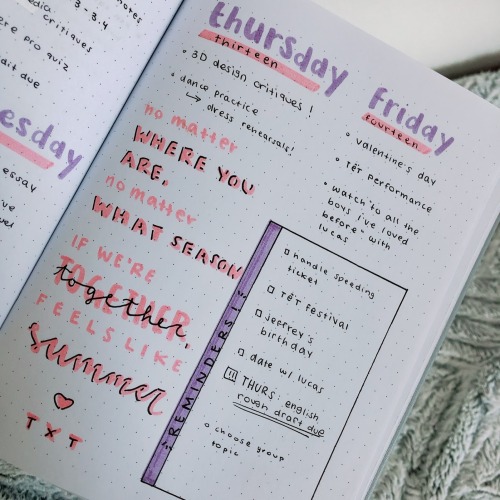 me: a chaotic mess, the bard: not giving one single frick

For my friends, I love to… provide a listening ear, send them happy mail — even a simple card can brighten someone’s day!, give them thoughtful advice, celebrate their life events big and small, support their posts on social media, always have their back (just how Jersey girls are raised 😜), and most of all? I love to make my friends laugh. There’s nothing better!

What do you love to do for your friends?

Hi!! I know it’s a bit late but hope you can find some inspiration from my old bujo

Hi guys! Ngl haven’t been the most productive lately and I CANNOT afford this. So gonna get my shit together from today!

It was raining this morning and I don’t know how I felt motivated but I did, so I studied the grammar point ~기. I was supposed to study ~기도 하다 but the lesson for ~기 was a bit long, so decided to leave that for another day. Anyway, I learned a lot today, especially the difference between using ~는 것 and ~기 to change phrases into nouns. I also learned extra uses of ~기 such as ~기 사작하다 “to start doing something”, ~기 싫다 “I don’t want to do something”, and even just ~기 to use in phrases for a To-do list or resolutions. At the end, I finished the lesson with ~ㅁ/음 which is mainly used to change words into nouns like 꾸다 —> 꿈.

Have a beautiful 수요일! 🌼🌼

I didn’t feel all that happy about my monthly reading spread, so I’m switching over to a yearly one. I saw this lettering on someone else’s spread on Pinterest, so I decided to give it a go for my header–for a first attempt, I don’t think it’s too bad!

Right now, I’m currently reading They Can’t Kill Us Until They Kill Us by Hanif Abdurraqib. Taking my time with it, but I’m liking it.

a 7am (yes. i dont know who thought that was a a good idea) anthropology lecture and verb homework

anyone have advice on how to add variety to studyblr pics?

Another week another spread, except filled out this time!

In honor of Valentine’s Day I found some Romantic ^tm quotes.

The long one is from the Mo Dao Zu Shi audio drama. And “I’m sorry & thank you” is from the untamed

So I made the MineJo to help me not get confused and overwhelmed with trying to plan a long-play Minecraft world, but it’s not really working for me.

Right now I have half-idea of making the roads better (which I need to finish building, even), either modifying the lighthouse OR building a house near it OR building an underground storage facility in the nearby cliff for storage, and for modifying and moving Village 2 so that it’s closer to the portal, BUT that would make it farther away from the river and fishing, not that I ever fish there.

And all of these ideas are rattling around in my head in such a disjointed way that they’re not making any sense, and I’m getting overwhelmed.

I had hoped using a bullet journal with Minecraft would help me get used to using said journal and then I could take that to a real-life/housework journal.

Also both the cows and the llamas are pushing hard against the gates in their enclosures and I don’t know why, or how to get them to stop.

When I brought them to the farm, I had to pull them really hard with a lead, too. I wonder what it is about that spot that they don’t like. Maybe there’s a void under the ground?