Kara and her team find out what happened while they were at the source wall.

Susan sat in the command center of the DEO, trying to be her usual unflappable self and failing miserably. She hadn’t slept since the previous morning. She was too afraid of what she’d see if she closed her eyes. She couldn’t bring herself to go home to the apartment she and Leslie had been sharing pretty much since the day they’d kissed on the landing deck. She couldn’t face any of the shared spaces where she and Leslie had been slowly building a life together. Not that the DEO was much better. Everywhere she looked, every inch of the building, was filled with memories of her and Leslie. Little moments when they’d been together, conversations as they worked, a touch of the hand at the right moment, a cup of coffee when one of them needed it.

She had known that their jobs were dangerous, knew that in the other timeline they had both died hard. She’d just never quite believed it. She’d seen agents dying around her, but she’d had too many near-misses, too many days when she should have died and hadn’t, and she’d started to believe in her own invincibility. And Leslie… Leslie was Leslie. Crazy, brash, crude, brilliant, beautiful, amazing, fearless, perfect, and untouchable.

It wasn’t love at first sight, but there had something that day in the DEO control room when Leslie had been so hopped up on her powers that she was a little scary that had made Susan look, and there had been something about the way Leslie had taken what happened to Kara just a few hours later so personally that had made Susan look again, and she hadn’t been able to look away since.

Falling in love with Leslie had been as easy and as natural as breathing, and when she’d stood there in the DEO Command Center and watched her die through a video feed, it had been like all the air had been sucked out of her lungs. She couldn’t catch her breath, and every gulp of air she took was like razor blades in her lungs.

Can someone explain this?

I have seen multiple Henry Cavill movies through the years and I dont understand how this happened.

I used to love Tristan and Islode. It was one of my favorite movies for a long time. Henry Cavill is in it. I thought, huh hes attractive and that was that.

I saw Immortals. Henry Cavill is the main freaking character. Once again I thought, huh hes attractive and that was that.

I saw Man From UNCLE. See above.

I saw Stardust. Multiple times mind you. See above.

I saw Man of Steel, Batman vs Superman, Justice League. See above.

Not once was I like huh this guy looks familiar to me. (And yes I understand he looks very different in Stardust but that is not the point) Not once was I like wow this guy is super attractive I need to know who he is and watch all his other stuff. Not once.

How does this happen?

As soon as my Henry Cavill obsession kicked in, I watched Man of Steel and I just loved the subtle shift of joy and wonderment in his face as Clark finds out what his birth name was. It made me feel happy and gave me chills 😊

#just wanted to have a moment to appreciate his acting, #i mean i know this blog is focusing on thristing after him, #but i can also recognize his talent, #henry cavill, #superman, #clark kent, #kal el, #man of steel
31 notes · See All
why-i-love-comicsPhoto 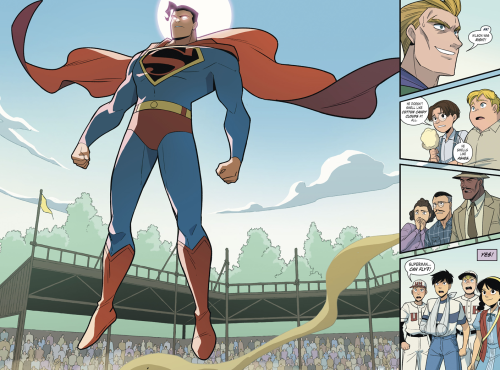 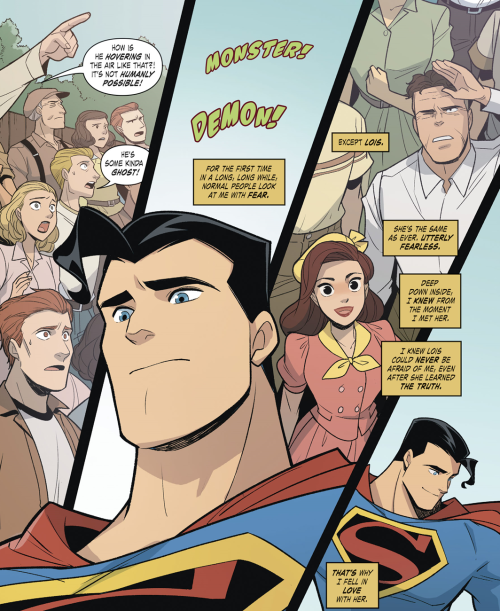 That time thor tried the superman disguise and 30 seconds later bumped into superman.

Dinner doodle Bad Nigth
———————————————–
Clark finds Batman batter and dazed while out of costume and helps him get to the hall of justice (because they don’t know each other’s IDs and Clark doesn’t know where Batman hangs his hat  cowl.) 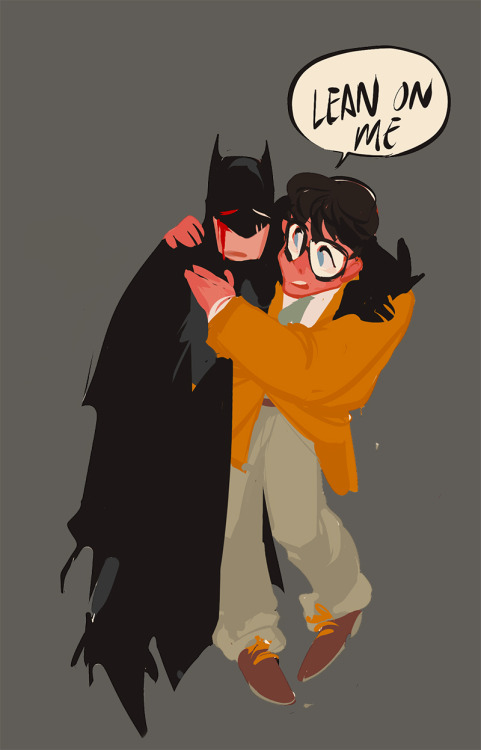 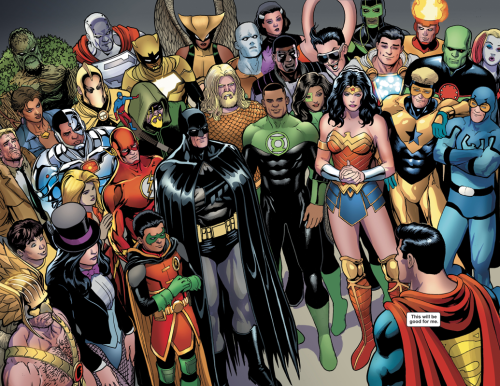 #Harm, #Hinder, #Loxare, #Archive Of Our Own, #AO3, #fanfic, #Red Hood, #Jason Todd, #Dick Grayson, #Bruce Wayne, #Tim Drake, #Conner Kent, #Clark Kent
7 notes · See All
rosegoldchaosText
#meme, #clark kent, #superman, #gotham city
5 notes · See All
collectivefandomstuffChat
Justice League Meeting
Superman: where's Batman? The meeting was supposed to start 20 minutes ago.
Wonderwoman: could he be in danger?
Green Arrow: someone maybe should call him BEFORE we go into defcon 1
Superman: [calls the bat-line]
Oracle: [answers] this is O. How can I help?
Superman: Hi Oracle. Batman was supposed to be at the tower 20 minutes ago. Do you know where he is?
Oracle: let me check... yeah, he's at the cave, I can connect you to the security cameras?
Superman: Please.
Oracle: ok.
Batman: [Mid sentence] -OUTRAGEOUS STUNT!!
Damian: [scowling, arms crossed] -tt-
Batman: Do NOT scoff at me, young man!
Jason: [snorts]
Batman: Are you Laughing?! This is reckless even by YOUR standards Jason!
Jason: yeah... but you said-
Batman: [menacing] What?!
Jason: [looks at Dick and mimes "young man"]
Batman: Don't look at-
Dick: [loudly and jovially] THERE'S NO NEED TO FEEL DOWN
Batman: Wh-
Steph: I said YOUNG MAN [spins to point at Tim]
Tim: [Fingerguns at Steph] Pick yourself off the ground!
Batman: [floundering] En-
Dick: I said YOUNG MAN
Jason: 'Cause you're in a new town!
Duke: [from the locker rooms] There's no need to be unhappy!
Batman: [to Duke] You're not even in trouble!
Steph and Tim: YOUNG MAN there's a place you can go!
Dick: [throws an arm around Jason's shoulders] I said YOUNG MAN! When you're short on your dough!
Jason: You can STAY THERE!
Batman: That's EN-
Dick and Jason: [turn to Damian, grinning expectantly] and I'm sure you will find-!!
Damian: [glaring and without enthusiasm] ...many ways to have a good time.
Batman: Don't-
All the batkids: [chorusing] It's fun to stay at the B-A-T CAVE
Batman: [finally loses it] WHY???!!
Superman: ...
Green Arrow: ...well someone has to say it.
The Flash: That he should get an award for parenting that lot?
Green Arrow: that clearly inherited behaviour has nothing to do with genetics. I grew up with Bruce Wayne; he deserves every second of this
#improv to distract batman -a sport, #batman, #bruce wayne, #incorrect Batman quotes, #superman, #clark kent, #Kal El, #wonder woman, #justice league, #green arrow, #oliver queen, #oracle, #barbara gordon, #Stephanie Brown, #batgirl, #robin, #nightwing, #duke thomas, #red hood, #red robin, #drake, #incorrect batfam quotes, #batkids, #signal, #batfam, #the flash, #tim drake, #dick grayson, #jason todd, #damian wayne
682 notes · See All
twilightdanceText

“ I played a big scary non human, who’s only emotion is being grumpy with a dash of being broody but then I met an always talking twink, who I claim to hate but secretly don’t. I somehow also played a sunny and shy reporter named Clark Kent, who hides the fact that he is superman. ”