Sorry coppers, the only ‘Boys in Blue’ that I respect are the Men of the 501st Legion❤❤

Crack AU where Darth Sidious’ plan to get Anakin on side goes hilariously off-kilter the moment he announces he’s appointing Anakin as his representative on the Jedi Council.

Because if you are on the Jedi Council, you automatically get the rank of High General.

Which means promotions and command of System Armies.

And One) There is no way in this Galaxy that Anakin is getting separated from Obi-Wan.

And Two (and far more importantly)…

Rex: *comes back from a meeting with Cody looking deadly serious* General, if you ever promote me to Marshal Commander, I will tell General Kenobi exactly who keeps switching his tea to de-caff, Ahsoka where your secret stash is, the entire Jedi Council about your wife and the company so they can collect on their bets and I will ensure you never sleep in a sandless bunk ever again.

Rex is not dealing with the bullshit that comes with that rank. It’s bad enough that Ahsoka left and he got promoted to Commander and is now dealing with that paperwork as well as ensuring the 501st don’t unleash mayhem where it’s not needed AND making sure Anakin doesn’t do anything too stupid without supervision.

Being Marshal Commander? No Thank You.

And if avoiding that fate means he has to threaten his general, then he’s threatening his general.

Anakin is sweating bullets the moment Palpatine says he wants to put Anakin on the Council. He thinks he manages to get out of it by pointing out the Council elects their own and bows out gracefully fakes a comm call from Rex before Palpatine can speak any further.

Anakin’s efforts are in vain when the Council calls him about his new appointment. Anakin actually manages to slip out of it by offering to take the Grievous mission, stating something about how Obi-Wan is the better diplomat between them and oh, look at the time, we really should be going if we’re going to catch him! Tell you what, I’ll just take the 212th and the 501st with me.

Hilarity ensues with Palpatine being very confused as to why his potential apprentice is avoiding him like he avoids sand and why he’s avoiding the Council as well. He also seems to be eyeing his Clone Captain like he’s a vicious Kyrat who’s about to bite him.

(Rex is very nearly about to shoot his General. He’s not getting promoted damn it!)

(Of course, Anakin could just promote another clone rather than Rex, but Rex is next in line and they’ve already worked out a system and like hell is Rex going to let anyone, even a brother, be second in command to General Skywalker. Partially because he likes his brothers and Skywalker is insane. Partially because it would be very weird to not be Skywalker’s 2IC.)

Not to mention that Kenobi is now the ambassador between the Council and the Senate and both of them hate it.

And that’s how Marshal Commander Cody finds out about Palpatine being super skeevy with Anakin for years because both he and Rex are hiding from the Chancellor and the Council in his office to avoid getting promoted. Anakin makes an off-hand reference that reminds Cody of something and makes him go digging.

Anakin also mentions his nightmares about Amidala which causes Rex to send Kix to her to give her a proper checkup which leads to several things.

Basically, Palpatine is foiled and the Republic is saved because Rex didn’t want to get promoted to Marshal Commander and Anakin spent a lot of time hiding in Cody’s office to avoid said promotions.

This was so painful

I’m not gonna give any money to those fuckers at disney. Just waiting for the new season of Clone Wars to leak online like

#clone wars, #they aren't getting anything from me those a*sholes dont deserve it, #star wars clone wars
4 notes · See All
home-made-dynamiteText

#it me, #clone wars, #i missed my clones
4 notes · See All
ladatheimpalerText

I’d like to thank Clone Wars for coming back, and reminding me there are still wonderful, amazing things about Star Wars

A fight scene without dramatic music? In my clone wars? It’s more likely than you think

#it me, #clone wars, #pleasantly surprised by that
4 notes · See All
home-made-dynamiteText

#it me, #clone wars, #i love them already thougg
2 notes · See All
starlightpeachesPhoto

#star wars, #the clone wars season 7, #the clone wars season 7 spoilers, #Commander Cody, #Captain Rex, #Bad Batch, #clone tropper kix, #Arc tropper Jesse, #Clone Wars
40 notes · See All
queen-disera-the-fifthAnswer
Okay but like... there have got to be way more clones with desirable mutations than just four, right? So I'm pretty sure the Bad Batch is way bigger than Clone Force 99, probably big enough to constitute its own legion with all its units combined. Imagine the looks on Rex's and Cody's faces if they met them all at once.

Oh there’s definitely tons more. What has the GAR been doing with them? Probably secret, super shady shit. Which means they’re all probably no-nonsense, violence is the answer, emotionally broken boys and I already love the mere concept of their existence.

#I MISSED THEM, #even though i’ve just been watching clone wars this whole time leading up to this STILL, #clone wars
5 notes · See All
nchlsdmnPhoto

I know I’ve been posting too much Clone Wars, but a whole bunch of new posters, banners, and screenshots just came out, including a first look at tomorrow’s big Hasbro action-figure and gentle giant reveals. More to come Saturday!!! 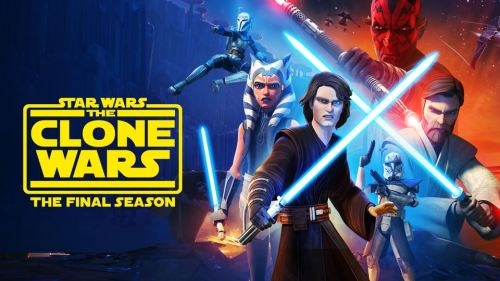 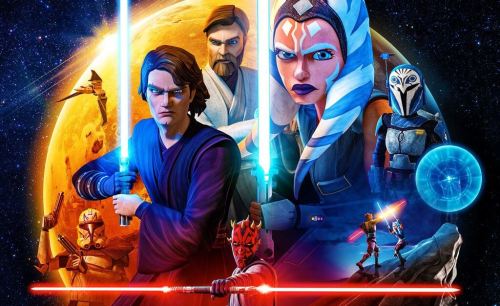 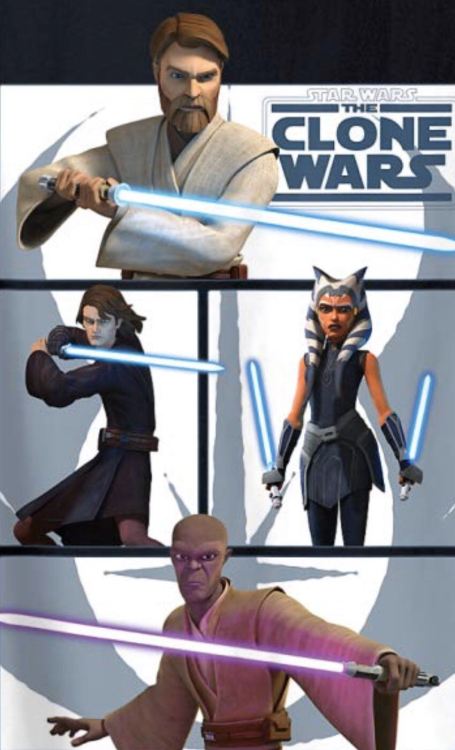 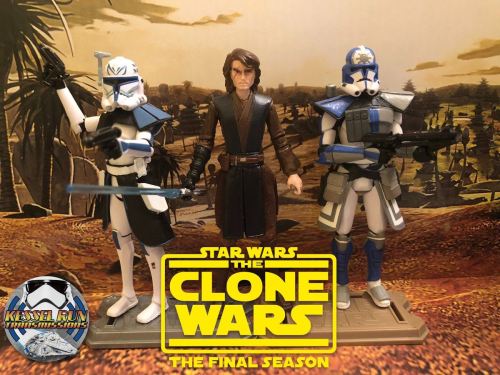 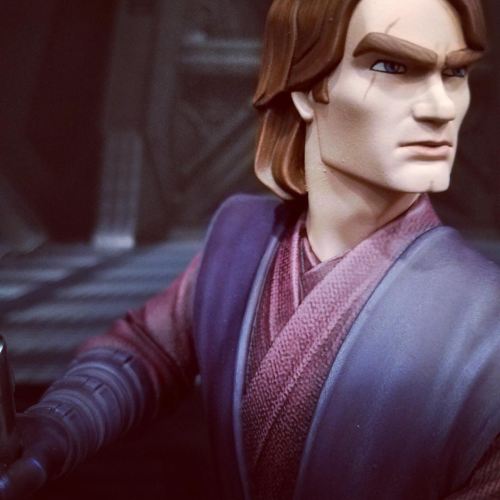 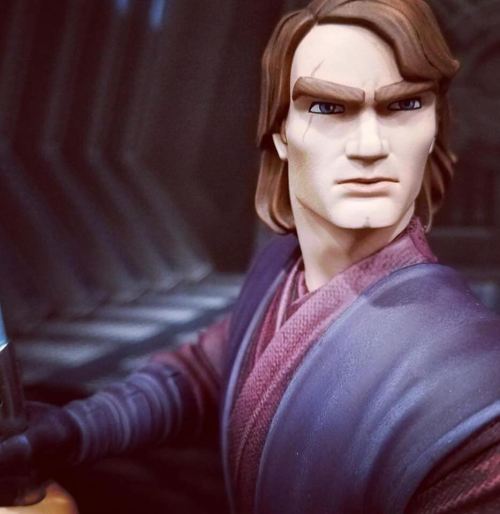 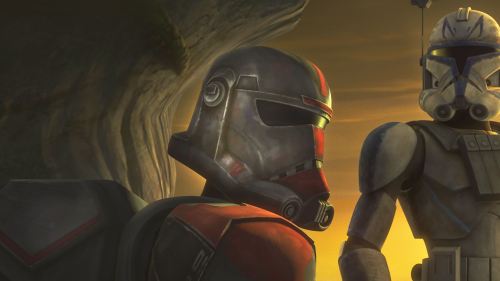 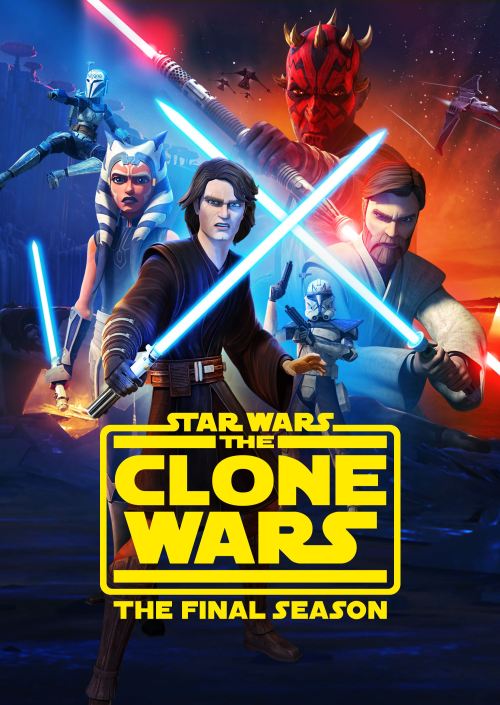 I love this part because everyone looks kinda guilty and awkward.

But Rex looks ready to fight and at the same time he looks so done with everyone.

Kix checking to make sure he still has an arm.

And then there’s Jesse almost dying in the background.

So happy Clone Wars is back and that I finished my Ahsoka headpiece for my cosplay!