i know i don’t have many followers, but could y'all maybe recommend some learning/studying techniques for someone with ADD?? kinda struggling and it’s majorly stressing me out

I could be watching Netflix or enjoying the carnival like the hole country but guess what? I’m studying those EAD subjects

At least there are only two EAD for me this semester

Roxy and Cole have off the chart chemistry but as new roommates they just can’t get along. There will either be a good time or a homicide on the horizon. Roxy is rooting for both.

Roxy Capwell couldn’t be more miserable. She just had her heart stomped on by her cheating boyfriend, and the last thing she’s looking for is love. She hates men. Cole Brighton couldn’t be happier. He’s a player of the highest order, there’s not a girl at Whitney Briggs University that he can’t tag and bag. He loves the ladies.

Roxy’s dream is to own and operate her own bakery one day, but with no oven in her dorm, and a lucrative baking competition on the horizon, she agrees to move in with her best friend’s brother, the obnoxious, womanizing, Cole Brighton.

Between the heavenly scent of baked goods, and Roxy’s perfect body strutting around the apartment, Cole can’t think straight. So when Roxy’s ex starts sniffing around again, Cole volunteers to play the part of her new boy-toy and things get heated both in and out of the kitchen.

Roxy discovers she might not hate every man on the planet, and Cole discovers nothing tastes better than Roxy and her late night SUGAR KISSES.

Marley Jackson has an axe to grind with the entire male population. After having her heart brutally broken, she’s out to prove to herself, and the world, that a woman only needs one thing from a man—and it isn’t love.

Wyatt James isn’t interested in anything that resembles a commitment. He’s self-made, secure, and happy to entertain a one-night stand any day of the week—enter Marley. Marley quickly dispels the idea that she’s anybody’s one-night stand. What Marley has in store for Wyatt is far more complex and requires a binding contract to back it. Marley and Wyatt aren’t in it for love.

Marley is looking to glean some expertise in the bedroom. Wyatt is looking to find some solace after a string of nameless faces that have rocked his bed. But when feelings change, and that four-letter word takes ahold of both their hearts, they’re left to face the fact they might be in deeper than either of them thought possible.

I fell hard for Cade the moment I met up with those bedroom eyes of his, but it’s not my heart I’m interested in gifting him.

Cade James is my best friend’s brother, well-bred and well bed. To him I’m just another plaything, but I can’t blame him for that. I’m not much to look at, and there’s not a man on the planet that would be willing to make me his own.

But Cade is pulling me deeper, asking questions, wanting to know what makes me tick–wanting to know who gave me the scar that takes up the landscape over half my face. Cade wants far more than what I’m willing to give him.

If I let him in, let him into the most sacred chamber of my heart, I might end up with a wound far greater than the one that left that scar.

Valentine’s book one in the box set. Our first story introduces us to Roxy and Cole, who have recently moved in together. Roxy has emotional issues with abandonment, by her parents and definitely by her recent cheating ex. Cole is the university’s resident whore (for lack of a better word). Cole is determined to sleep with as many of the female population as possible, following one important rule: no virgins. Roxy is well aware of this and Cole is well aware of Roxy’s walls. But they are attracted to each other and cannot help but feel the sparks. And while Roxy is trying so hard to resist her attraction to Cole, worrying that she was just another conquest.

Book two in this set. The university is again the setting but this time it is student Marley with her much older boo Wyatt. Now, even though this book was shorter than the first, I felt this book dragged on. Marley has recently been cheated on, and is looking for a one night stand (for research purposes for her sex advise column). Her life has been hard and she now no longer believes in love. While, Wyatt is supposed to be a play boy who is experiencing the world at 30 years old. He tries to resist our 20 year old Marley, but they couldn’t resist. He tires, half heartedly, to convince her not to use him as a subject for his article but meh pointless. I figured the twist amd conflict very quickly and I got bored. So… we can skip the 2nd book. Let’s see what the third does.

Better than the last but it was still very predictable. Cassidy is a freshman at the same university as the previous two books. She has a twin sister that is the epitome of beauty while she feels insecure after a dog attack left her scared. Then there is Cade, Cade is trying to find his kne true love and believes Cassidy is it. Now, the issue keeping them apart? Cassidy is Cade’s little sister’s roommate and best friend. Unbeknownst to Cade (of course). Also Cade has an ex that doesn’t understand. But if there is one thing I have learnt from this sets? Is that I need friends with brother’s. Yes. That’s it.

Over all they were cute stories for Valentine’s day but not the most riveting ones. Also they are part of a 12 (I think) book series.

Reblog if you’re disabled / mentally ill but you’re taking classes without student accommodations because executive dysfunction / memory loss / depression / physical pain / etc. is preventing you from getting the papers you need to the college you’re attending

What Is My College Board ID?

Love is in the air as Valentine’s Day creeps closer and closer, and these Loyola Lovebirds clearly enjoyed their company back in the late 50′s. 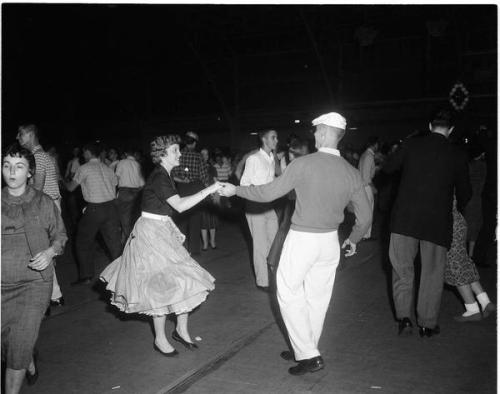 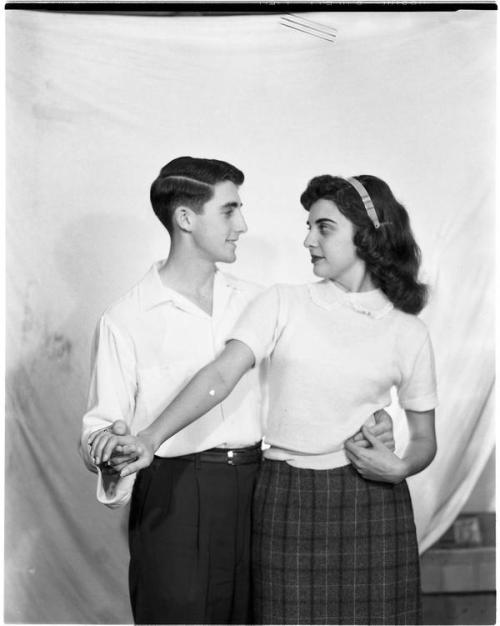 Looking back to the last couple of years, I think it has been quite the whirlwind part of my life. Right after I turned eighteen, I decided that I don’t want to spend the rest of my life stuck in the city where I was born and grew up. I feel like there should be more to life than just… this. I got tired of the city and the same routine that I’ve been doing for years and years and started to plan for the next coming years of my life.

Why Do You Deserve This Scholarship?