Fresh out of the kiln! Do you see any of your things? 😊

This will be very different from what I normally would post.

So, it’s been my niche to draw for fun and write fanfiction about generally obscure series, such as Shantae or RWBY as of late. Even when I opened my first twitter account and started a small artistic journey, my goal was to have fun with art, and I’ve discovered a lot about myself along the way. But, there’s always been something that has bothered me, especially with my small place in the Shantae Fanart community and others as well.

It’s true that those who know my blog probably think of Shantae when they think about imy art and writing, and RWBY recently. I’ve created art for these series because I feel that the style that I bring can be different than what’s out there; not better, but different enough so that my interpretations for them can be exciting and possibly inspire something within fans. Yet, the one thing that has plagued my mind is this.

The fan art and fan fictions I create often involve female characters as leads, and in many cases, where the female leads are not protagonists, they play pinnacle roles in the stories they represent. However, because I take careful consideration when portraying these characters to make sure they are treated well - whether by painting them with strong compositions or by writing stories for them that respect their dignity - the sheer amount of extreme sexualization I see for them often pains me. One might think that I make reference to nudity and animated pornography, but that’s really not the case. Such things exist in all fandom spaces. What I mean is that I’m often disturbed by the mentality associated with these fan bases. It’s not a secret that I primarily mean this for Shantae and somewhat for RWBY. I will explain further.

For Shantae fans, I notice a particular interest in the protagonist’s youthfulness, often to the point where it can sometimes seem pedophilic. If not this, then I see artistic portrayal’s of Shantae making blatant sexual expressions quite commonly, and even when there is no nudity involved, there is a sense of uncomfortable “submissiveness” to her attitude. This is such a stark contrast to the otherwise carefree and sometimes simpleminded belly dancer that I portray, who smiles and carries a courageous heart. It seems that few people really care about her personality, and instead want to see her scantily dressed body performing ‘appealing’ motions. I have no problem with the sexualization of fictional characters, but with almost all of the Shantae fanbase sharing a solidarity with her sexual appeal, combined with her ambiguous age, is troublesome. It doesn’t help that there are plenty of pornographic animations for the series out there (often with other characters from the franchise too) that feature particularly violent scenarios, if not just generally disturbing.

But enough about that…onto RWBY.

RWBY is different, carrying a certain kind of sexual objectification in its fan base that the former doesn’t.

For RWBY, I take some joy out of painting the characters, as I consider their color palettes somewhat interesting, even if I feel they require some tweaking. This show also has primary female leads, and it’s thrilling to create fan art with the idea of treating these characters to life. Yet, even if the fan base is less direct with its sexualization of these characters, it takes a much more covert approach to it. The fandom is in trouble, as many viewers fixate on a particular set of characters and obsess over shipping them. I have no problem with shipping, except in this case, it’s all that fans are interested in at this point. As such, it is near impossible to critique the show, as many of the critiques will mention RWBY’s clearly inept approach to relationships. So, anyone who dissents about anything related to romance or sexual preferences is suddenly sexist, homophobic, or stupid. I have even recieved profanity from shippers on posts where I said nothing profane at all.

So RWBY suffers from fans which are obsessed not with the objective sexualization of the character’s bodies, but instead with intrinsic sexual interests of them. Because of this, romance and orientation are completely off of the discussion table for RWBY fans. It is mostly accepted that critique of any relationship in the show is seen as an invasion of a safe sexual space, which would be fine if it weren’t for the fact the show’s story makes significant plot points around the relationships of many characters. I have also been disturbed by the objective sexualization that I have seen portrayed in artwork for the show’s many possible ‘ships’, often bearing similar themes to my former grievances, that being submissiveness and lack of agency. Frankly, it’s unnerving.

I try to compare these fandoms and contrast them to other series I enjoy greatly, which I don’t often talk about. Recently I’ve taken interest in Resident Evil/Biohazard. This franchise has plenty of female leads, most of which are treated with much more respect than RWBY or Shantae. I’ve been watching a Television series for Spanish audiences known as “Corazon Valiente” which contains sex and romance in nearly every episode, and even contains sexual assault in a few runs, yet the female characters still have agency and are often portrayed as equal or stronger than their male cast members.

But these contrasts have a common theme, and what is that exactly?

Anime and Otaku culture (as defined from a western standpoint), as well as adult cartoon culture.

Don’t get me wrong, I enjoy good Japanese animation and all forms of cartoons and comics/manga really. One might think that I’m about to argue that sexualizing in these mediums is wrong, but that isn’t the issue. The problem is that, within these mediums, it has become a disturbing trend to sexualize youthfulness, often to the point of child likeness being objectified. And that is what has disturbed me the most; That there is a community within some of these fandoms that I’ve created art for, which are mostly complacent in this fact. Sure, there will always be these depraved people out there, but is it worth creating works for fandoms that give safe habor to these people? Am I really offering something different, or am I just feeding the beast?

I’ll be pondering this as I make more artwork and write fiction in the future. 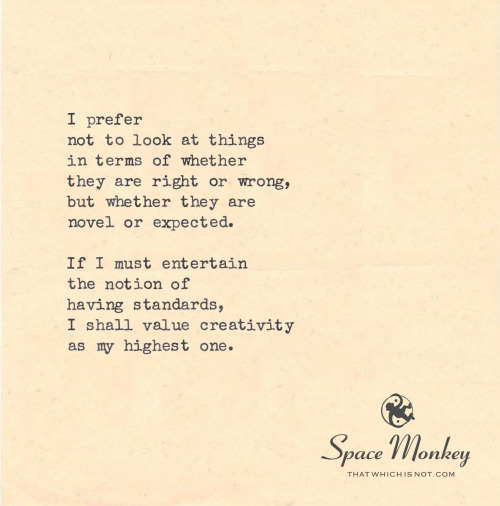 “If you’ve lost focus, just sit down and be still. Take the idea and rock it to and fro. Keep some of it and throw some away, and it will renew itself. You need do no more.”

—Clarissa Pinkola Estés, Women Who Run With the Wolves

“LEGENDS NEVER DIE. THEY ARE THE PART OF OUR SOUL”

What’s your preferred personal pronoun? If it makes you happy, it can be anything you want it to be. 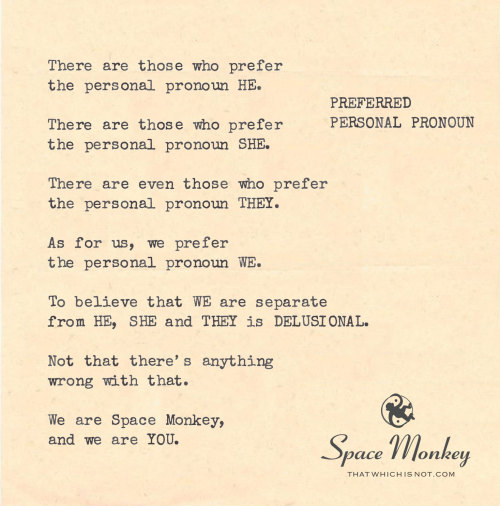 There is only one of us. So who is it? 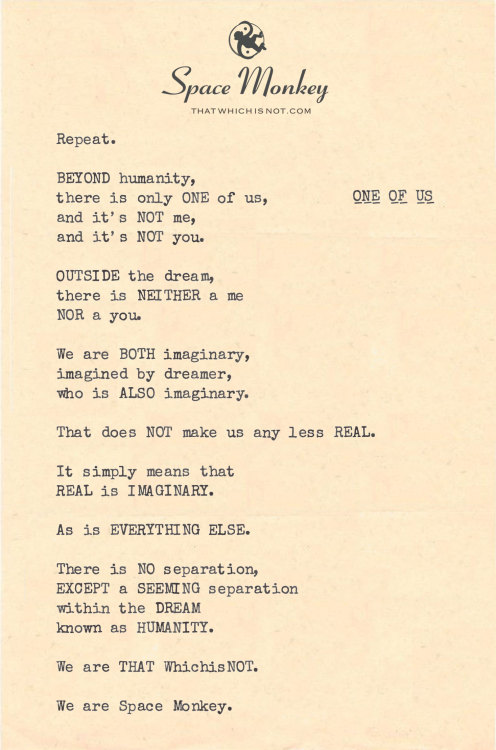 Fairytales of yesterday will grow but never die. 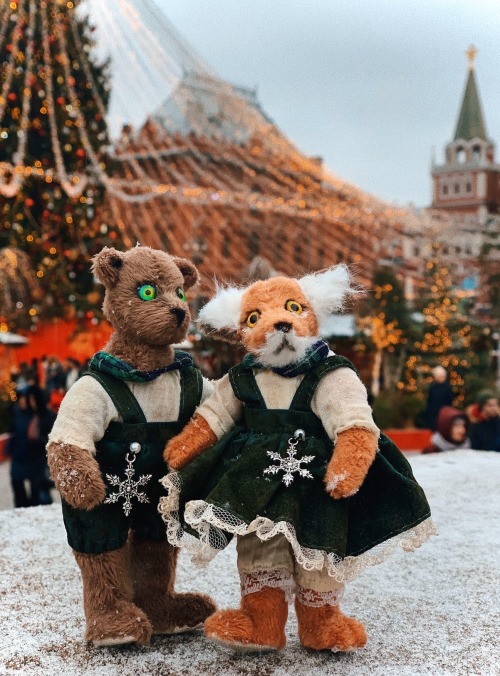 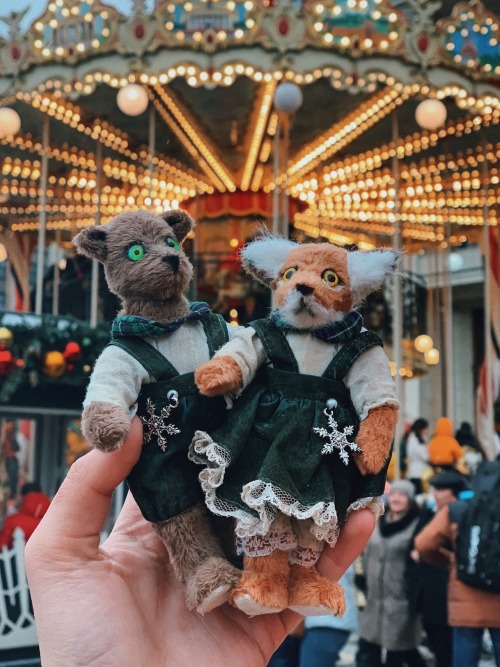 From the book, “Magical Dawn” made colorful with glitter gel pens.

deceit: i am going to make you experience your worst fears

the light sides: oh no!

virgil: dude unless you can bring ‘fear of rejection’ into a tangible form im afraid you’re gonna be disappointed there 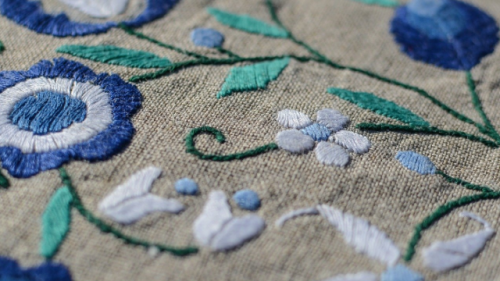