oh shit, I only just learned I can share my crappy playlists on tumblr?

have my trashy LABB/charBB playlist, lmao.

#charBB, #LABB, #Death note, #beyond birthday, #music
0 notes · See All
my-one-true-lAnswer
heeey! I saw the matt nsfw headcanons and I was wondering if you got some of mello too love your blog!

#death note, #death note 2020, #light yagami, #my art, #i was listening to tous les memes while drawing the first one, #so thats kinda the vibe for it
17 notes · See All
kidmachinatePhoto

“Nobody can tell what is right and what is wrong, what is righteous and what is evil. Even if there is a god, and I had His teachings before me, I would think it through, and decide if that was right or wrong myself.” - Near 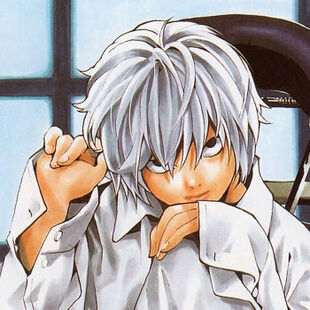 When I saw this mangacap again I though of a new terraito prompt:

Light thinks he knows all there is to know about dating or at least putting on the pretense of dating and is more than happy to give Ryuk tips when his Shinigami asks him for advice (even though it’s probably hopeless with that face. Light thinks that maybe he’s found a lady Shinigami or something–who knows, he’d rather not know the details.)

What’s some of the worst dating advice you’ve ever heard? Light (Mr. Looks are all that count) probably believes it’s a thing. 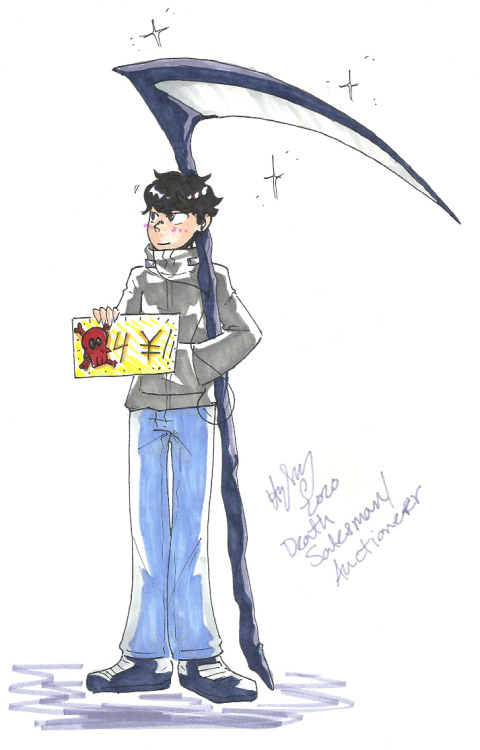 #I need to get better at drawing him, #drawn by me, #my fanart, #Death Note, #Death Note 2020 one shot, #Minoru Tanaka, #it sucks because I LOVE drawing his canon style of pants/shoes, #imagine my despair when Iooked him up for color reference and saw the truth, #this was very quickly done (for a full color thing), #basically messing around with markers
13 notes · See All
dynamobooksText

ordered the Death Note All-In-One edition to get the Extra Chapter™️ and I would like to now share my favorite moments.

“ […] or an idiot who has gained Kira’s powers and now thinks they’re Kira. Either way, now that we know how the killing is done … this is a boring murder case.”

N E A R 😂💀😂💀😂💀😂 I mean, L has the same philosophy, and Near does/tries to emulate that… but seeing Near straight up say he’s just Not Interested, little brat 💖

Halle: *calls Near out on his bs*

Near: “I heard about this later, but even though he knew nothing about us, he said that if his successor was in that room, it was likely Mello or myself.”

Halle: “What did you guys ask him?”

Near: “Nothing. Basically, Mello and I were the only ones who didn’t ask questions and focused on watching L. Also, he said something about us having an unpleasant look in our eyes.”

honestly what the f*ck can even be said :,) there are countless fics, headcanons and theories that have been dedicated to this very moment, and we get “look at those two dead eyed children… they will inherent the throne” is L John Mulaney

what you think this bonus chapter is about:

what this bonus chapter is actually about:

• Near vs his own self doubt and insecurity

• Near vs his quickly waning patience

and of course, a bonus…

I’m living for this theme of Near (and inadvertently L) being called an @$$ :,)

Isn’t it bizarre? To have a god’s infatuation? 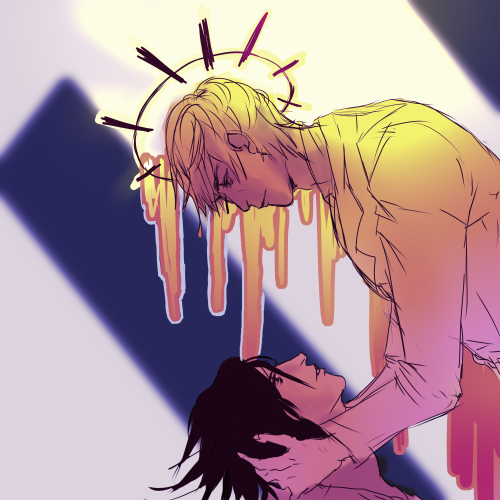 he held his scars for too long

too long that it hurt him inside

the last mark was the deepest

the price of his life for empty eternity

Light, first meeting Ryuk: “Why did you choose me?”

Ryuk: “I didn’t chose you, I dropped it and you happened to pick it up.”

Ryuk, the moment he meets Minoru: “Hey kid you seem pretty smart, which is specifically why I chose you for this”

You actually make a great point! I haven’t really put much thought in the palaces because I was more focused on character designs more than anything, but again: great point. Matsuda would definitely see L or Misa being attacked and unlock his Persona from a desperate need to help and protect his friends rather than dealing with his own issues. And then his whole arc would be him learning that he’s not useless and realizes his self worth.

I was originally gonna have Ryuk be Light’s Persona but considering this is a side AU for the HSMM!AU where Ryuk is a human…it just doesn’t make sense. The Count of Monte Christo is a really good option, but I’ll look into more characters to see who would best fit Light and his AU ideals, because he is very different from Canon!Light.

I already have a design ready for L’s Persona. The name will be Jackaby, named after the detective of a Sherlock inspired mystery series. I’m biased because it’s my favorite book series at the moment, and Jackaby is a dope ass name, so I’m going with it! I’m having the head of the Persona be a computer monitor in reference to Canon!L hiding his face behind a computer screen. Hahaaaaa symbolism! I’m genius UwU

Misa’s will most likely have a Persona themed after Aphrodite, and be named as such because love and romance is a huge theme in both her costume and development. More that she doesn’t need to rely on a lover and becomes a more independent woman after her inevitable breakup with Light (spoilers btw).

I’ve got nothing for Matsuda tbh. Like nothing is coming to my head for his Persona. Honestly anon, if you have anything don’t be afraid to send me a message. Anyone really can contribute cause I wouldn’t mind some help with this AU within an AU hhhhhadgbnk. Why do I do this to myself?!

I’m out of inspiration. So I’m taking requests. You can ask me to draw any character or ship from death note/supernatural/ killing stalking/ (maybe other fandoms too), with any outfit, pose!, recreating a photo, etc…