Izuku always thought the day that Katsuki treated Izuku’s apartment like his own would be a good day. A joyous and momentous occasion, one he’d cherish and hold dear.

Yet here he was, horrified and panicked.

AKA: They take it to the nest next level.

Training camp has nothing on Katsuki’s strict sleep schedule. But Deku’s embarrassing ass sure does.

Izuku had no particularity so I hope that in his other life he was much better. Who would think that the God of the mountain would take pity on his soul?
Now in her new life as a girl, to become a woman of complete snow and obtain a particularity forever, she must freeze who her former childhood friend was and … first love.

Katsuki Is it worth fucking you to then be frozen for you? … hell yes. (I’m not very good at English xD) 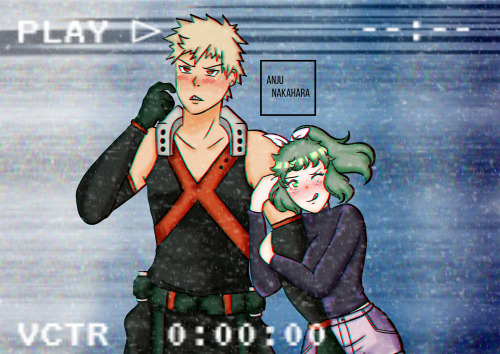 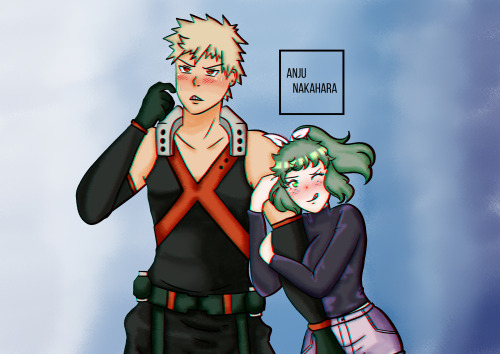 Izuku: Todoroki, could you pass me my top? It’s in my room I think

Todoroki: He was in the Kitchen

oh i love this

so it depends on *when* he sees it

- if he sees it in ms: he definitely doesn’t tell. fuck the nerd, this is bullshit anyway. he would be furious. why this useless nerd? why him? deku looks down on him anyway, they cant really be soulmates! and whats a tiny patch of skin anyway? he’ll live his life how he wants to.

- if he sees it post bkdk fight 2: he still keeps it to himself but he’s also.. acting very differently. he’s not angry just bitter, feels ashamed of how he treated his own soulmate… bc fuck, he is bad for his own soulmate, what kind of person is he really?? he would be too ashamed and embarrassed to tell deku but he’ll figure it out eventually.

either case they do end up happy and together :D

After re-reading chapter 9, i made some chunky edits to aid in the flow of the chapter!!!! i had rushed through my usual editing because im a taurus and i was stARVING at the time, but im much more confident in the chapter now and i encourage another looksie before chapter 10 rolls around!!! thank you!! <333

‪I love them being all happy and tangly 💖💖‬

Todoroki: So I heard you and Midoriya started dating

Katsuki: What the hell? No

Todoroki: Bakugo, what do you get when you remove the y from baby and replace it with an e?

Todoroki: Lie to my face again-

💚 Puppy!Deku and Kitty!Kacchan🧡Their mothers are already talking about the boys growing up and getting married. Deku’s favorite thing to do is glomping and following Kacchan, Kacchan’s guilty pleasure is grooming Deku.

What makes my heart clench is that Deku was actually frozen like the other bystanders, but the moment he saw Katsuki’s face, his feet just start flying towards Kacchan. Not only is this Deku’s first rescue but it’s also when All Might considers Deku worthy of being a hero. Katsuki and Deku’s fates are so intertwined, both pushing each other to be better not only as heroes but as human beings. Their complex relationship I find so beautiful and poignant.

You can see him scooching over, is he trying to be subtle or is he unconsciously wanting to be closer

He wants to see what Bakugou is doing to, not only be close but to engage with him

He takes the book from Bakugou, is finally able to talk and goof off with his feral crush