When the new ace of Seido throws a wild one due to over excitement.

#Thus he pissed off the catcher, #Lucky he was just warming up, #I actually didn't really think too hard about the scenario while drawing, #This was actually quite a challenge drawing, #But had fun, #Still learning, #Traditional Art, #Fanart, #My Art, #Terajima Yuji, #Daiya no Ace, #Daiya no Ace Act II, #Ace of Diamond, #Dia no Ace, #Diamond no Ace, #DNA, #DNA Act II, #Sawamura Eijun, #Miyuki Kazuya, #Does this count as Miyusawa?, #Probably not :D
0 notes · See All
gervaisdnaofsaintsgoddessText 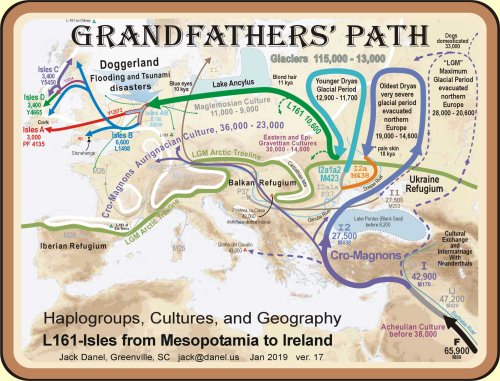 There’s a specific genre of psychological horror stories that I’m really into at the moment. DNA needs a movie (although I have a live cast recording from Glasgow 2016). 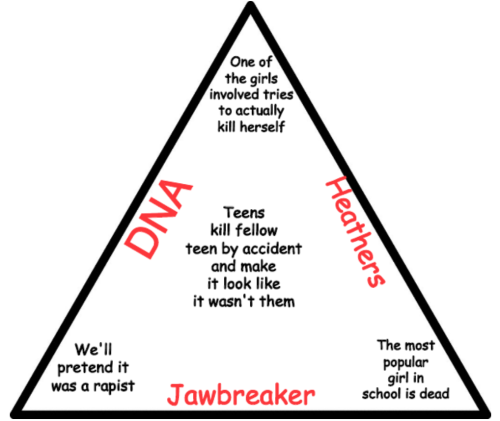 #heathers, #jawbreaker, #dna, #jawbreaker heathers and dna are a holy trinity of some sort, #coco speaks
6 notes · See All
queer-cosetteChat
'teens accidentally murder each other' stories explained with Mean Girls characters
Heathers: Cady and Aaron accidentally murder Regina and pass it off as a suicide. Gretchen takes up Regina's mantel and nearly makes Karen kill herself. Eventually Aaron blows himself up and Cady tells Gretchen where to stick it after faking her own death.
Jawbreaker: Regina, Gretchen and Karen accidentally murder Cady and give Janis a makeover so she won't tell anyone. Karen decides she wants out and manages to make it to the end of the film as one of the few characters with her morals mostly intact.
DNA: Everyone gangs up to bully Damien but freak out when they knock him into a 50 foot concrete pit. Assuming he's dead, they ask Aaron and Cady what to do and Aaron comes up with a plan to make it look like an abduction. Except Janis screws up and gets someone sent to prison for it - only to discover that Damien is actually alive. Aaron sends everyone else home and tells Janis to kill Damien. Meanwhile Cady kills her hamster, tries to kill herself, tries to bang Aaron, becomes briefly convinced she's psychic, tries to run away, tries to talk Aaron out of his plan, and eventually moves schools, making Aaron realise what a cruddy boyfriend he's been. Gretchen wants to be a dentist.
#jawbreaker heathers and dna are a holy trinity of some sort, #heathers, #jawbreaker, #dna, #movies, #death tw, #mean girls
4 notes · See All
la-civivilisanceText

I don’t know how to even use this app anymore or if anyone else follows me but I just came her to say that Acejun is canon and Kingyama also canon.

Science! I should’ve studied for maths instead but science was easy and fun and cool to write about🥺

From a music magazine compilation to her first studio album, it took a remix from Britain’s DNA to finally vault Suzanne Vega’s “Tom’s Diner” into wider recognition. It’s a type party in your face with what’s possibly DNA’s most visible work released as a single, and Vega’s original acapella as the flipside. 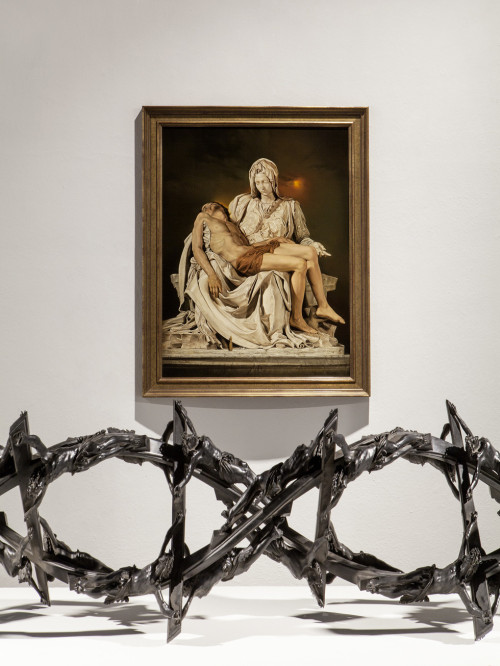 Trying to shoehorn the complicated web of interrelationships that is biology into neat boxes has resulted in a tree of life that could definitely use some pruning.

Happy Birthday to the wolf boy~! 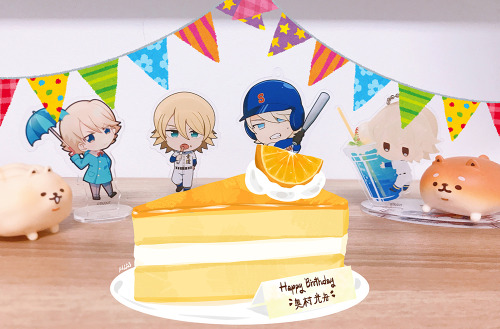 I deleted my DNA data today – or at least I hope I did.

I did the test last year because I found it interesting to be able to know where my ancestors have come from. Many of my friends had done the same test with interesting results, mainly focusing on European genetic groups. However, these results often came back with surprising amounts of “foreign genes” as their family and relatives were pretty much from the same country and spoke the same language. It is interesting to think back at which point my Finnish friends’ family tree did her 13% of Celtic come from or the 5% French. As far as she knew her family was from very secluded part of Finland but clearly some cross contamination with foreign cultures had happened at some point. Enter tall dark stranger.

However, I was slightly disappointed after swapping my mouth and sending the code of my essence across the pond to Americans to do what they do best. Spy.
Spy into myself, and my family. Spy into whoa and what I am and what makes me. Why I am, who I am. I voluntarily let an American corporation to invade my privacy just for them to take 6 weeks to tell me that I am:

Finnish. 99.2% Finnish. I guess the 0.8% Eskimo or Inuit should sound interesting but being from the north it does not really surprise me. Or maybe it does a little but mostly for being such a small percentage.  According to the site I used these genetic groups are seldom as specific as to focus on one country. I do not belong into a Scandinavian genetic group like Swedes and Norwegians. I do not belong into Baltic or eastern European group. I almost 100% belong into a Finnic gene group. It is small but particular group.

I don’t know what results I was expecting to receive. Like my friend with very international results I was not aware of any foreign relatives. But still I thought there would have been something. Oh well.

But it took me all of 5 minutes to be interested about these results. After that I realised what I had done. Unlike some, smarter than me I had used my own name (and I do not have a common name) and attached it to my most defining and identifying feature; my DNA. I did not even sell it. I paid them to have it. I am 99.2% Finnish but 100% idiot.

Then it started, I got a message. From some distant relative if you can call it that. Is someone a relative if our only connection is dated back to 1700′s? I don’t know. But these American cousins seem to. I got bit scared and instead of doing the smart thing – asking them to remove my data and moving on- I just logged out and shut off the email notifications.

Today I was reading an article about how some of the well-known DNA sites are selling peoples data. Anonymously as they claim. But after recent worry about privacy breaches mostly in the world of social media like Facebook, how can anyone be sure how secure their data actually is. I am very careful about what I reveal about myself on my own social medias but apparently, I had no issue giving away my most private and defying information to corporation whose reputation and business model I didn’t even look into.

Lucky for me it appears that the site I used vows they do not sell the data they receive and after looking into it the data seems to be easily removable. This is exactly what I did this morning. Asked them to remove the data they have on me. And now I just have to trust them. No certain way for me to know if the data has actually been deleted or if my DNA sample – attached to my name – still exists somewhere.

In the end I must mention one of the better sides of DNA ancestry research. It helps with crime investigation. There is no bigger DNA database than that of DNA sites. Although of course most people who have voluntarily sent their DNA to be analysed have not committed any crimes, but it is now easier to narrow down criminals who have left DNA evidence on their crime scenes based on their relative’s family trees online.  Maybe most famous case of late is the arresting of the Golden State Killer who committed his crimes in the 70’s and 80’s and was finally caught in 2018 when his identity could be narrowed down based on his relatives’ DNA data. Involuntary snitching.

So at least something good can come out of this. I guess better not commit any crimes. Just in case.

#i can hear this in my head, #and i hate it, #CHaaAandLeRrrr bINGG!, #daiya no ace, #dna, #sawamura eijun, #miyuki kazuya, #friends
5 notes · See All
metacosmic-creationsPhoto 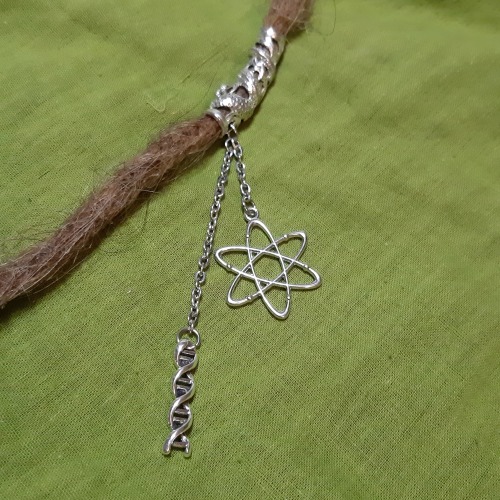 Damn he said its OVER for yall 💁🏻‍♀️

#do yeonwoo, #the return of superman, #talent, #bts, #army, #dna
1 notes · See All
dulcetscenAnswer
Yay!! I’m so glad your ask box is back open, I just adore your writing! ☺️ So I’m about to start Diamond no Ace S3 soon, and was wondering if I could get some sfw/nsfw headcanons for Takigawa Chris Yuu and Isashiki Jun with their fem!so?

I’m so sorry that it’s been so long since you requested this!! I hope you still like it nonetheless. I miss these two so much, and the other third years. </3 Also, this is my first dna request! So I hope I did okay. 🙇🏽‍♀️

#someone, #aaaaaaaaaaas, #dna, #record, #showerthoughts
0 notes · See All
Next Page