My friend Jon as wizard 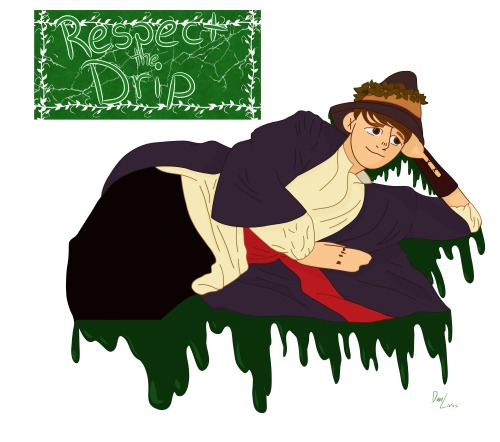 My friends and I play a game where we give DnD classes to characters in film. This week: Atlantis The Lost Empire

A friendly reminder that Downtime is a thing, and can be really fun with the Xanathars stuff. (self.dndnext)
submitted by Eragon_the_Huntsman to /r/dndnext
1 comments original

I am not looking to be a jerk (self.dndnext)
submitted by Defend_The_West to /r/dndnext
15 comments original 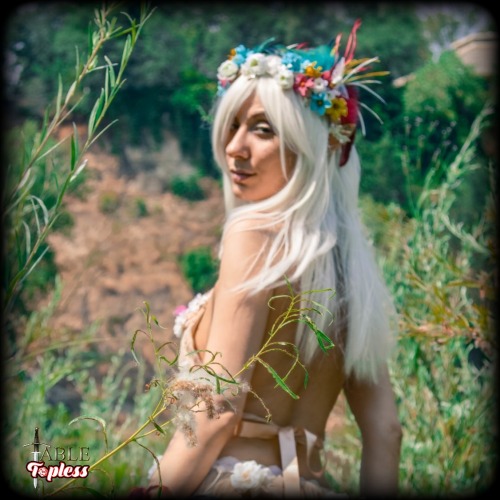 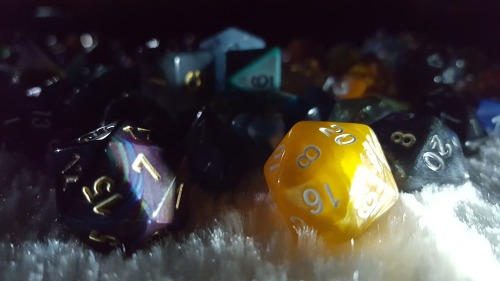 ❤️ What would your OC’s ideal lover be like? Appearance, personality, voice? Would their family approve or would it be civil war?

The true, if boring, answer is that Bash doesn’t really have a type per say? Or at least if he does he hasn’t had enough experience to find any commonalities. Physical attraction tends to be the last thing to occur to him in such instances - whatever the person he loves looks like would become his ‘ideal’ more or less. Beyond that, though, Bash is drawn to conviction and loyalty and strength - not physical strength, though muscles are never a bad thing in his mind xD - the things that make Bash want to do better, to be better, than he is.

As for approval, I’ve not the faintest idea. Bash’s mentor is the closest thing he had to family outside the Silver Tongues and I’d like to think he would approve. Can’t speak for the other Silver Tongues though. xD 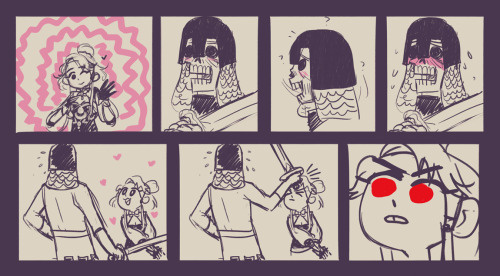 I sometimes let the players listen to creepy sound bites representing events in the story. Often its clips I didn’t get to use.

Other times I just like to screw with them playfully.

RQ Gaming said you Will fall in love with all of the characters, every second of every day

#rqg, #rusty quill gaming, #rqgp, #azu, #oscar wilde, #dnd, #orc, #dungeons and dragonS, #my art, #this was me trying to figure out how to draw them lol, #personal
11 notes · See All
rkdvanguardPhoto

Made a new kid. This is Sigmund :V 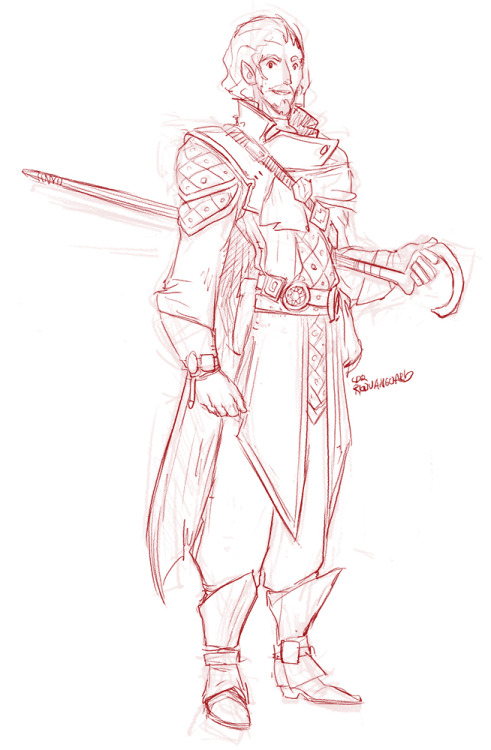 It’s really awkward and you don’t have to listen to my rambling for 12 minutes but it would mean a lot if you went and checked it out!!!

The pros of rolling for stats from a group that has been doing it since 5e came out. (self.dndnext)
submitted by brett_play to /r/dndnext
3 comments original

I’m really revamping an oldish dnd character idea of mine, and I’m trying to decide on a color scheme. She grew up on a farm, and she’s a nature domain cleric whose diety is an arch-fey. Any thoughts on what looks best?

Party, knowing that another Druid in the evil Druid group can cast Reincarnate: “Okay, we chop up her body and take some of the pieces to burn so that the other guy can’t bring her back.”

#For context the spell Reincarnate only needs a part of the deceased person, #And the party didn’t take the whole body, #dnd, #d&d, #ttrpg
0 notes · See All
bellia-25Text

friend: I am running on three cups of coffee and antidepressants *sad* yee-ha

other friend: * distant but very clear in an accent “YEE-HA”* 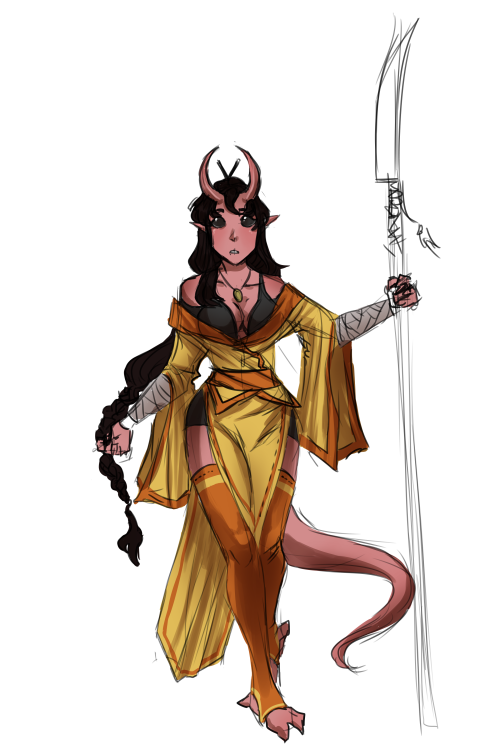 @irenefondorn ohhoho getting an early start on planning our monolith aren’t we? xD Buckle up this is gonna be a long one

🍼 Does your OC have any children or want children? What names would they pick? Are they good with kids or a complete disaster?

I mean he has Ellia of course in the way that we’ve all wholesale adopted her as our daughter despite literally any alternative probably having been a better plan. xD Honestly, though, before Ellia Bash didn’t have much experience with young children and thought he was the kind of person who didn’t want children/to be around children much but now he’s not as sure. He loves Ellia to pieces and, while he doubts he’d particularly wants kids of his own, wouldn’t be opposed to being around kids more in the future. With Ellia as his only measure I honestly couldn’t say but I think he’d be okay with most kids though not great, Bash’s default is sarcasm and silence which doesn’t always work out great with kids.

🏡 Describe your OCs ideal house! Give us a tour around! What’s their garden like? Their bedroom? Kitchen? Where is it and how many people live there?

Ohhh never thought about it tbh I’ve never pictured Bash settled down in one place for long. I think something fairly small and cozy, near a decent sized town but still a little removed with as nice a kitchen as he can manage and a small garden just outside split between cooking and medicinal plants. A small shed-like building a bit separated to be used as a workspace for creating poultices/other mundane remedies as well as doubling as a kind of medic station if people come needing healing. The smallest room in the house would be his bedroom, comfortable but fairly barren - only really used to sleep - but every spare surface around the house would be filled with books.

And, of course, there would be enough room set aside to host all of the Silver Tongues if they came by. Or lived there.

❓ A random fact or short drabble! Or make up your own question to ask the OC!

“Why did I even wake up this morning?”

With a groan that was as much annoyance as it was pain Bash rolled over onto his back, dislodging a veritable avalanche of dust and pebbles from his clothes, and assessed his situation. A glance up at the steep side of the ravine – from which he’d oh so gracefully plummeted – made him think he was lucky he hadn’t broken anything. Bruised to the abyss and back, sure, but a quick stretch confirmed he gotten nothing worse than a few scratches from the fall.

A blessing given he now had to find a way back out of the ravine and to the Enclave before Leal realized he was missing.

This groan was entirely annoyance but there was nothing to do for it but get up and get moving.

Back on his feet he shook his hair out of his eyes – the leather band he’d tied the chin length strands back with must of come off in the fall. He looked around hoping to spot it amongst the scree but his attention was instead diverted by a hint of movement near a small boulder a dozen feet away.

He froze in place – there were a lot of things more dangerous than a gangly teenage half-orc in these mountains after all – but when nothing appeared howling for his blood after a long moment he cautiously made his way closer rather than away, his curiosity beating out common sense.

‘What else was new,’ a dark part of his mind whispered. He batted it away like an annoying fly.

At the base of the boulder, mostly hidden in its shadow, was a half-grown lynx laid out limply with dark red blood matted into the fur of its back where sizable talons had raked across in search of a meal. Only the sporadic twitch of its tail gave lie to the appearance of death the creature exuded.

Of course that too would still before long, the lynx wouldn’t survive the night if Bash had to guess.

The smart thing to do would be to ignore the cat and get started on finding a way out of this hole he’d found himself in, if he moved quickly he might even make it back before dinner, but almost without intending to he found himself instead kneeling next to it.

He sighed at himself, trying to ignore the thought of damnably patient gray eyes that had prodded him forward.

“This isn’t even going to work.” He grumbled, not that there was anyone here to hear him besides the pain-dazed animal. Still he gently laid his hand on the least damaged bit of cat he could find, closed his eyes, and tried to focus like Leal always instructed him to. ‘Focus on Mishakal, reach out to her and ask that she grant you the power you need. Let her grace flow through you, see it knitting the flesh back together-’

He recited the lesson in his mind, eyes scrunched shut and reaching with everything he had.

He opened his eyes, jaw clenched as he pulled his hand back from the still-dying cat. He’d failed, just another failure in a long line of them – a lifetime of them – but this time there was no one there to fix what was broken.

His eyes burned and he angrily blinked back the tears.

‘This is stupid of course I couldn’t do it. I don’t know why Leal would even think I cou-’ His breath caught as a flash of unnatural warmth flared in his chest, a faint tingling of magic he’d only even been on the receiving end of.

He looked down in shock at his hands as faint sparks of blue light danced over his fingers and, before he could think his way into messing this up, pressed his hands back to the lynx’s side.

The blue magic slid from his fingers to the lynx, sinking into its skin. Almost immediately the gouges stopped bleeding and slowly began to close, new skin blooming over wounds like they’d been healing for weeks.

Finally the magic died away again, the flesh under his hands now whole, leaving him kneeling – tired but strangely light – next to the cat.

“I did it?” He whispered disbelievingly to himself, thoughtlessly scooping the lynx up for a better look. “I did i- ow!”

A shock of pain sliced down the left side of his face and he instinctively dropped the cat who’d clawed him. Luckily she seemed more interested in getting away from him then doing more damage, jumping out of reach with a threatening hiss.

“You’re welcome.” He grumbled under his breath, pressing his sleeve up against the gashes across his eyebrow to staunch the bleeding as the lynx gave a displeased twitch of her tail and started to scramble up the rock face with a dignity he could never hope to duplicate.

Still, despite the fresh blood streaming down his cheek, Bash felt his lips twitch up in the first genuine smile he’d felt in a long time.

Maybe today hadn’t been so bad after all.

❓ A random fact or short drabble! Or make up your own question to ask the OC!

Lathander, despite being a bit of a stone cold bastard, really loves his mother. After his piece of shit dad died and he started getting more caught up in some of the more illegal dealings of his hometown, he’d saved up a decent bit of money and used it to buy his mom a place in a small town a ways away from the city where she could safely retire without getting caught up in dangerous dealings but also where she would have the security of knowing she would never be kicked back out onto the streets, something neither of them had ever had before.

#silver tongues, #dnd, #asks, #hooooo boy that is way too long sorry about that, #shaylan 'why write one word when you could write eighty instead' strikes again, #xD
1 notes · See All
squidneText