Made a lil sketch kida proud of it doe

#queen, #Freddie mercury, #doodle
0 notes · See All
yublenaText
#self portrait, #me, #i draw myself, #폰그림, #doodle, #piercings, #face piercing, #so tierd
0 notes · See All
amii-stuffAnswer
are you still taking redesign requests? if not, thats fine! if so, what about alice or the twins?

and these two are bastards, yet i love them so much 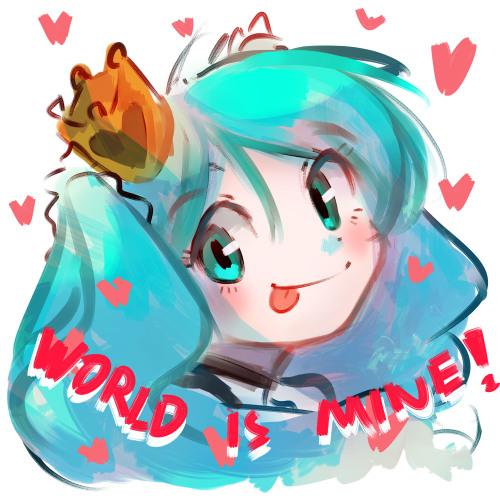 #digital art, #doodle, #oc, #dnd, #haahahha im making a new character, #but idk what i want them to be, #i love half elves, #but i also love tieflings so???, #half elf, #i discovered that one of the brushes looks like a crayon, #and even though you have to pay for the crayon brush, #you dont have to pay for the sort of crayon bleed pen thing, #and i love crayony brushes so
1 notes · See All
cancan-jpgText

I saw this bird today that, and I say this in the most loving way possible, looks like a worm on a string

#doodle, #can can doodle!, #worm on a string, #birds
4 notes · See All
goggledoddlePhoto

“I felt sure that I’d see my name in electric lights before long.”
–Anna May Wong

Today’s slideshow Doodle celebrates the first-ever Chinese American movie star in Hollywood, Anna May Wong, on the 98th anniversary of the day The Toll of the Sea (1922) went into general release, which was her first leading role. Featured in the Doodle slideshow are scenes from her life, including some of her most famous characters from the more than 50 movies she was featured in throughout her career.

The Los Angeles native was born Wong Liu Tsong on January 3rd, 1905. Originally from Taishan, China, Wong’s family taught their children both English and Cantonese. When not at school or in her father’s Sam Kee laundry, Wong began spending her time hanging around movie studios and asking directors for roles, and by age 11, she had chosen her stage name: “Anna May Wong.”

Wong was often overlooked or only offered small roles due to prevailing racial barriers. However, refusing to be limited to or typecast as Asian stereotypes, she moved to Europe in 1928. There, Wong starred in many plays and movies, such as Piccadilly (1929) and The Flame of Love (1930), and was soon promised leading roles in the U.S.

Upon returning to the U.S., one of the roles Wong was cast for was opposite her friend Marlene Dietrich in the 1932 release of Shanghai Express, which became one of her most famous roles. Shortly after, she was named the “world’s best-dressed woman” by the Mayfair Mannequin Society of New York, cementing her position as an international fashion icon. In the 1950s, she also became the first Asian-American to land a leading role in a U.S. television series, playing a mystery-solving detective in the show The Gallery of Madame Liu-Tsong.

In recognition of her many accomplishments, Wong was honored with a star on the Hollywood Walk of Fame in 1960.

Today’s Doodle was created by Doodler Sophie Diao.
Below, she shares some thoughts on the making of the Doodle:

Q: When did you first learn about Anna May Wong? What part of her story do you find most inspiring personally?

A: I first learned about her through working on the Doodle. She’s amazing! I wish I had known about her when I was a kid. I was always looking for Chinese American role models in movies and TV shows. Asian American actors are underrepresented even now, so amazingly Anna May Wong was so active right at the beginning of film history, bridging the gap between silent films and talkies.

My favorite thing about Wong is her can-do approach to life. It shows in her dedication to her craft (hanging around film sets early on as a child, giving herself 10 years to succeed as an actor, and then moving her entire life to Europe when the U.S. wouldn’t let her play meaningful parts). She was a second-generation American, but others still saw her as an exotic foreigner. Despite this, she rolled with the punches, took on lots of roles that gave her practice and notoriety, and stood up for herself when she could (like when she turned down a secondary role in The Good Earth when she was passed over for the lead). I can empathize with feeling caught between your own identity and the identity others expect you to have.

Q: What was your creative approach for this Doodle? Why did you choose this approach?

A: While researching Wong, I put together a huge folder of her photographs, film stills, costumes, video clips, and interviews. After looking at everything together, I noticed the heightened sense of drama in her outfits and the lighting used to portray her. She also has a ton of on-screen charisma - and that voice! I knew I wanted to highlight her commanding stage presence, so stylistically I felt a dramatic black-and-white slideshow would be the way to go. When deciding what content to include, I went for a highlight reel of some important aspects of her career, from her first starring role in The Toll of the Sea to her incredible costumes to The Gallery of Madame Liu-Tsong, a detective TV show that she starred in. I also wanted to nod to her humble beginnings working in her parents’ laundry, to show how far she came.

I was in Brazil over Christmas and i love all things creepy crawly. Here are some drawings, done from life, of some of the bugs i encountered. Can you name them all? 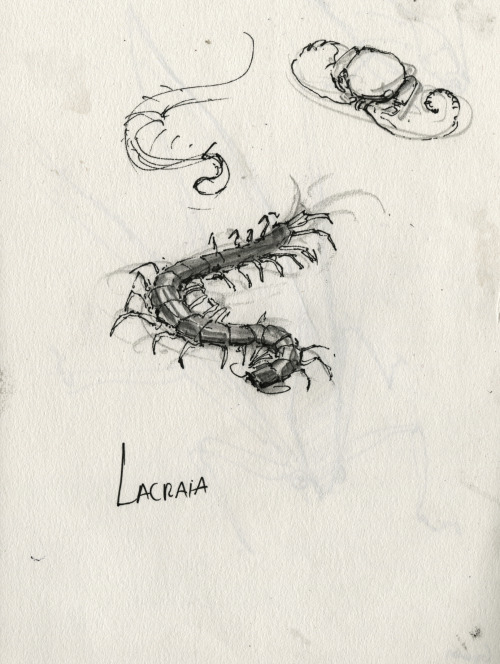 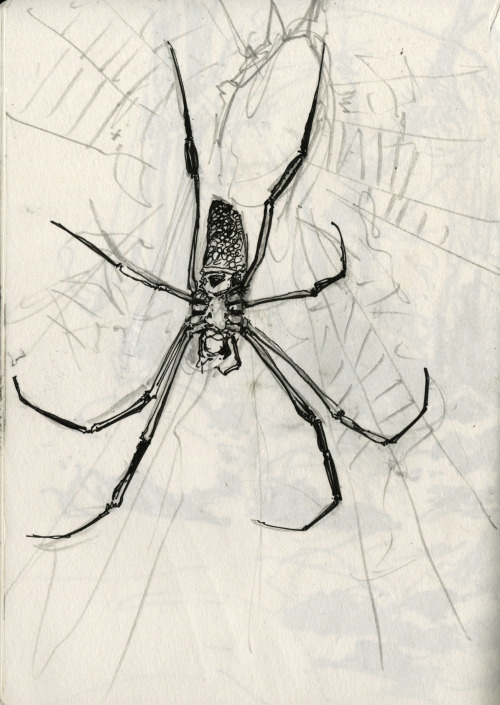 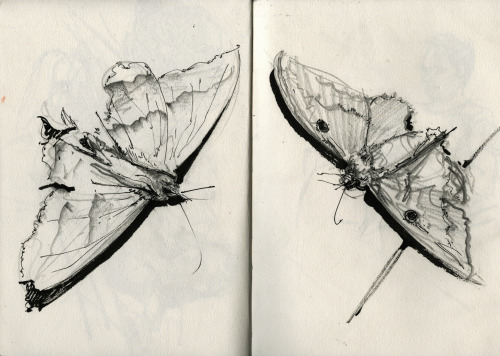 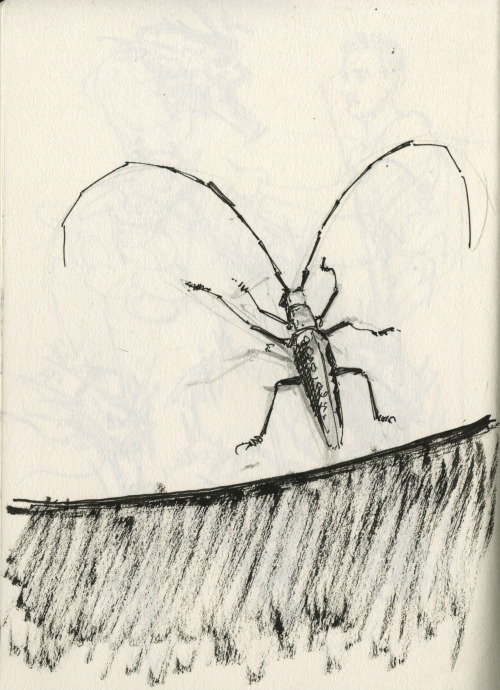 don’t tag my art as kin/me, thanks. 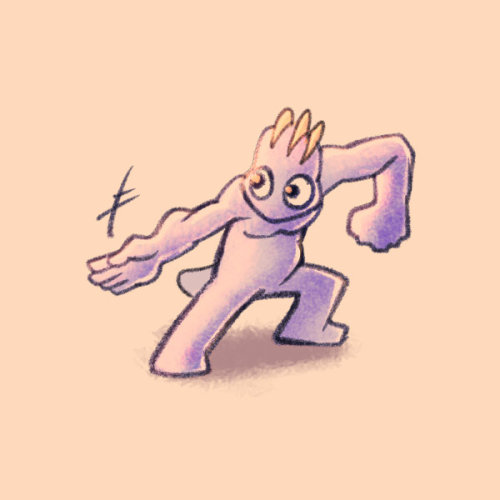 I’ve been in the mood to experiment so I decided to draw a caracal! I worked my ass off on this one because the fur and colors were tricky to do. My favorite parts of this painting are the lighting, eyes, nose, and the ears. One you add the eyes, nose, and ears, the painting really comes to life! I am happy to finally take steps into the realm of digital painting. It’s tricky to learn. 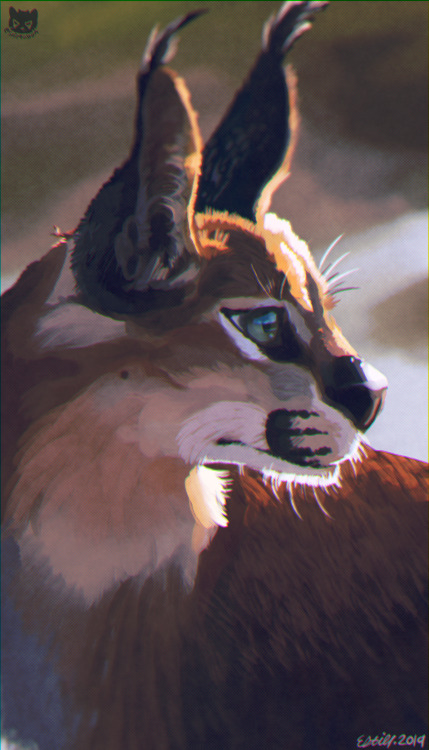 Just in case any of y’all thought you were safe 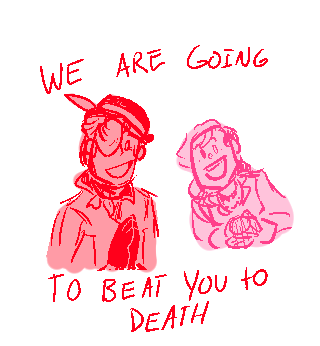 Part 2 of 3 for this pokemon fusion line! Drizzile and Swadloon! 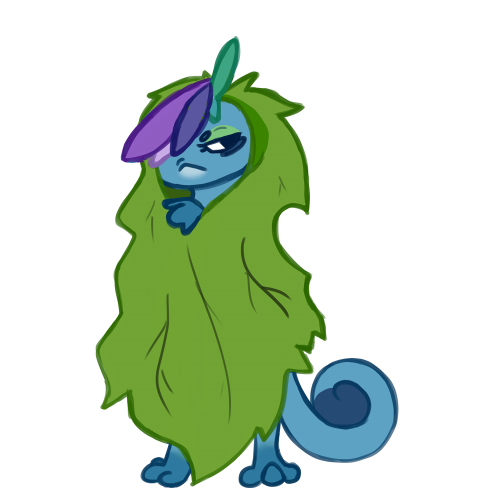