Last night was really good. It was exactly the release I needed. I think that was probably the purest mdma I’ve had before. I was so euphoric. Really good stuff man fuck.

This page is about bringing you great content and helpful information. Help us continue it. Please follow us, reblog us and invite other’s to follow us now. You will not be sorry that you did! It’s February 21, 2020 at 08:00AM
via IFTTT

It’s my 3rd day on methadone, 30mg per day, who knows if this will workout to make me stop crave opioids..

while on a walk to get oreos with my two smoking buddies, jacks saw this!

But it’s so late and i’m so high

Okay so I did lsd and weed two nights ago

I don’t like tripping on acid with drunk people around. not a decent vibe like. Especially when you’re the only one who hasn’t been drinking and you roll blunts quite frequently so,, you’re asked to roll. but you’re hands are shaking real bad and there’s like almost ten drunk people shouting and asking for weed. Dont recommend. I was decently scared.

But when I was doing it in private with time on my side it was fine. I did some decent rolls for all the shaking.

It was really good fun

Anyway 5am I started seeing shit and that was real fun. (I’ll probably talk about this later bc I made some notes and did a drawing)

But all I can think about two days later is how good it made me feel and how I just wanna keep doing it,, I’m at work today so I won’t but like

LSD is so much fun I was buzzing all yesterday as well when I was coming off cus I was still a bit over sensitive to light and colour still so when I went to sleep after not being asleep for 24hours ,, it was really funky. Just felt really good.

Now I’m pretty much fine, I’ve got a buzz still because things just feel a lot clearer bc of doing it.

So yea, my first trip on acid was awesome.

this batch of K is. particularly barfy

#the one downside to ketamine is how much it makes you vomit, #emetophobia, #im here for the K-holes not the wobblies and the dizzies >:(, #drugs
2 notes · See All
bosnia-del-reyText

i wish i was cool enough & bad enough to pull the shit you did.

i wana be disgusting, do absolute wrong and get away with it.

i want to be evil enough to kill all the precious parts of you and not give a single fuck.

teach me to murder; show me how to get blood on my hands but remain sustained.

you’ll be starving for an answer but i won’t take the blame.

if you’ve never known death, knowing me will be the closest thing.

ive never known death, but knowing you was the closest thing.

when will you know pain?

when the fuck will you realise you had nothing to gain?

These Glendale (AZ) cops PISS ME OFF.

The cops then ordered him out of the car (NO reasonable suspicion of any crime) and illegally search his wallet for others drugs.

HIS having medial marijuana DOES NOT equal the cops having the ability to do an illegal search of his person.

Absolutely disgusted by the cops in this video.

The man having other drugs does not matter, it’s an illegal search based on his being a medical marijuana patient.

Proof we need to legalize ALL drugs and stop these abuses

WTBF is wrong with this world!?

#coke, #drugs, #wtf is going on
0 notes · See All
caphoundPhoto

can’t believe i didn’t post this! it was my FA icon i made a few days ago. 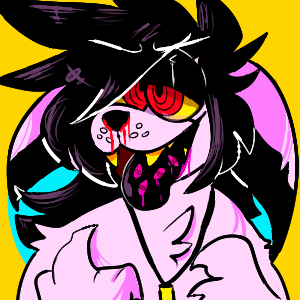 I can’t get away 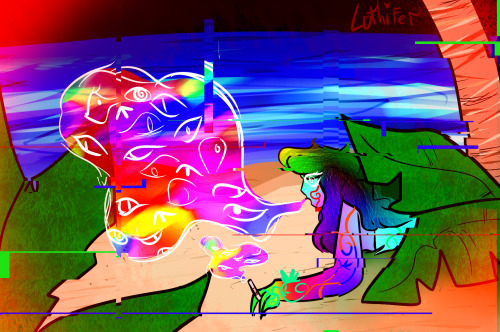 sincerely hope death is not as terrifying as when i was having a bad trip depersonalizing/disassociating and almost called 911 with ollie right beside me because i was completely convinced i was about to experience heart failure or be taken away by some higher power. laughing like maniacs sitting naked in the bathtub together was pretty fun though