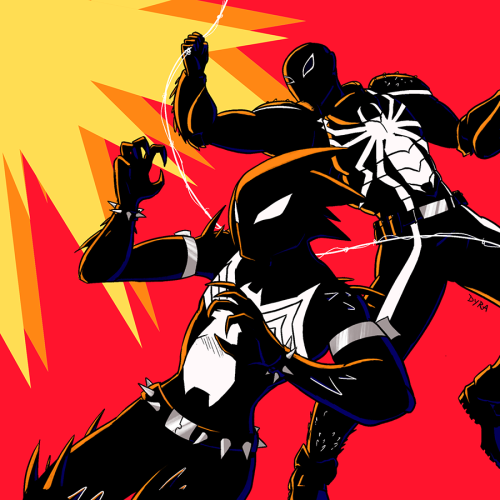 #y’all i love the midtown kids so much its not even funny, #i wanna draw them together more, #I’mma prob do that after posting this, #my art, #fan art, #marvel, #mcu, #peter parker, #spiderman, #spiderman homecoming, #michelle jones, #mj, #ned leeds, #liz allen, #flash thompson, #the breakfast club, #au
85 notes · See All
dumbassvengersText

#flash thompson, #all of the flash ones are just someone doing something dumb, #thats gonna be a trend
39 notes · See All
dumbassvengersText

Summary: Major canon divergence in that the Cates run is a drug-induced fever dream, and Eddie and the symbiote have to deal with some resulting psychological consequences. Bonus, Flash Thompson didn’t die, and is the symbiote’s go-to when it becomes apparent that it is wildly unqualified for healing its host’s emotional trauma.

Warnings: language, dumbassery, Halsey & Justin Bieber lyrics ?? like a mention of someone getting high, drinking

AN: taglist is closed babes

Flash: I wonder what spider-man thinks..

A classic field trip to Stark Tower, where Peter already works and they find out fic.

Here Peter is already in the building when he stumbles upon his classmates on a field trip, they are a bit surprised to see him there.

Warnings: none, but tell me if I need to tag something!

It was the other class who got to go on the field trip in the end, it was on the day the rest of the school was free and Peter didn’t mind not going all that much if he was being honest. He and field trips didn’t have the best of history. Besides he would get to spend an extra day at the Stark Tower on his “internship”, even though it wasn’t really an internship anymore.

Just like I promised, here’s chapter four of SMVF! I’m very sorry for my month-long absence in updates, but I’ve finally finished it, and I’m pretty happy on how it turned out! I also have some fun Agents of S.H.I.E.L.D./Spideychelle art coming up soon, that I’m pretty excited to post, so keep an eye out for that!

Teen and Up Audiences

Peter suddenly yelped, jerking his left hand sharply, almost as if he had burned it. “Son of a bitch, that hurt!” Gripping his hand, he noticed the underbelly of a blue-black and indigo spider.

It bit him. One of those freaky Super Soldier spiders bit him.

Peter Parker’s life hasn’t been all sunshine and rainbows. After losing his uncle in a shooting, and witnessing his neglectful aunt take up drinking as a coping mechanism, he learned to fend for himself, no matter the hardships he faced.

But with one bite of a spider, Peter’s life is changed forever.

Tony Stark, former investor of the Avengers team, and undercover crime boss, has taken an interest in him, while Natasha Romanoff, the Black Widow, is determined to protect him from the life of crime she knows will be bestowed upon Peter if he stays with Stark.

Tensions rise high with the threat of alien technology, and unwanted news of Peter’s parentage send the well-known hero’s life spiraling beyond his control.

“The United Nations has issued that immediate action must be taken after the Avengers attack in Nigeria. Over one hundred, seventeen countries will be attending the press meeting at the Capitol Hill to ratify the Sokovia Accords, which were in development since the Sokovia attacks of 2015…” The new anchor’s voice filtered through Peter’s apartment as he gathered everything he needed for school that day.

“Do you have everything for school, Peter?” May asked, stumbling a bit. In her hand was a wine glass filled with a sparkling champagne one of her friends had given her.

Resisting the urge to roll his eyes, Peter gave a curt nod. “Yep. I’ll see you after school.” He let her kiss his forehead before staggering towards the couch. “Bye, May.”

“G’bye, Peter,” May slurred, talking another sip of her drink.

Slamming and locking the door behind him, Peter sighed in anger. He was getting tired of having to deal with May’s alcoholism. Not even throwing out her alcohol stash stopped her from somehow getting drunk, and it was making him tired.

Betty: I blipped on the school bus, narrowly got hit by a car when I got back.

MJ: really? I blipped in my room, came back and landed on some 10 year old boy.

Flash: lucky! I had just dove into my pool when I blipped! When I came back, the water was still their but no one had maintained the pool! It was dirty! It stunk!

Betty: what about you Peter, where’d you blip?

Peter: on the toilet.

You loved messing with this kid. Put him in his place for being an arrogant bully. Peter started it, letting it slip that not only did he know you, but you were best friends, hanging out together when you weren’t saving the world. You tried to ignore it, distract him, find something else he could obsess over, but he was stuck. Fixated. You had to shut him up before he said anything more, before he picked on Peter for making the whole thing up. So, you showed up when they least expected it, even surprising Peter. It had to look real. Made a big show of knowing him, asking him things only a best friend would know, and ending the scene on inviting him to hang out with the Avengers if he wanted. You really put on a good act, good enough for Flash to believe it.

Mr. Harrington: ok kids why didn’t you turn in your science projects?

Flash: my dog ate it

Brad: my little sister smashed it with her hulk gloves

Ned: I dropped it on my way to school.

Harley: I left it at home

Peter: it was confiscated by the government.

Mr. Harrington: sadly, Peter’s excuse is the only one I actually believe. 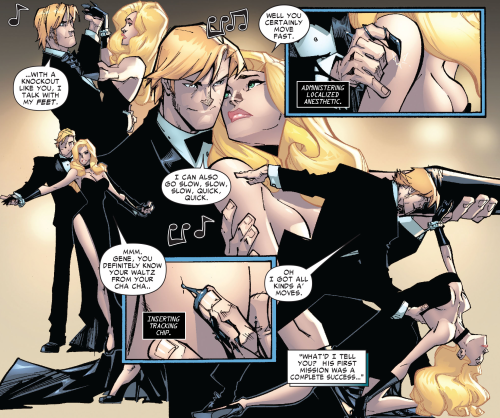 If I tried to do a pic for all of the amazing, wonderful fics I’ve read, I would never get anything else done ever :’D So I tried to narrow it down to the ones that have stuck with me for months and months after first reading them. Been meaning to draw fanart for these for ages, so this was a great opportunity!

FYI before clicking links: all of these are Mature/Explicit

All of these are fics that I love to go back to for inspiration, or just a fun time! I highly recommend checking out all of these wonderful authors and their other works as well!

Obviously there are also fantastic artists in our fandom ( @d-erm, @owlapinart, and @freedomconvicted to name a few!) I’d list them all but others have wonderfully done that already, so I suggest perusing the rec lists I’ve reblogged because we have so many incredible people providing quality Venom content <3 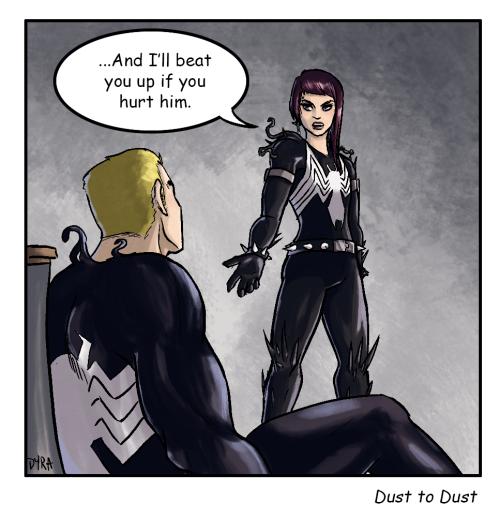 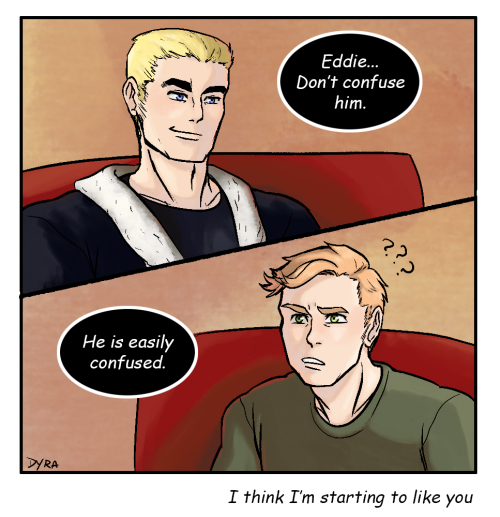 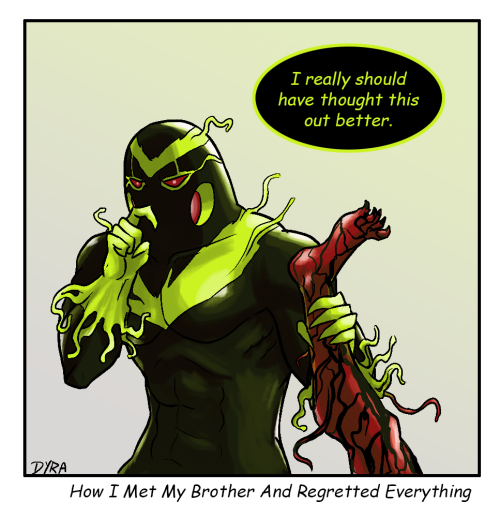 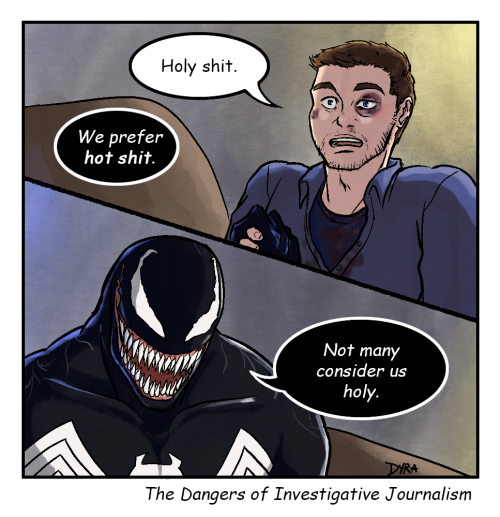