Trending Blogs
#foamy
katiemglossyText
#foamy, #Foamy the Squirrel, #Foamy Be With You
1 notes · See All
kaleidosoapsVideo

Nothing quite like the calming swirls from our • Manila Vanilla • Bath Bomb. Sensual Sandalwood is paired delicately with soothing Chamomile & sweet Vanilla Absolute. If you need to melt some stress this slow foamer is for you! 📸 : Bathing Babe @shaeloveslush #foamy #soothing #superrelaxing #manila #vanilla (at New York, New York)
https://www.instagram.com/p/B78w7uXAc2k/?igshid=sx56knm6izfb

Review:
I love this Aero Self Tanning Foam Ultra Dark by bondi sands because it is very easy to use. The product comes with an application mitt which is also gentle on the skin. You first apply a small amount of product to a mitt and then gently using sweeping motions, apply that mitt to your skin. You can also re-apply after 30 minutes for a darker tan. I have a light brown skin tone and this product gave me a very natural looking tan. I loved how quickly it helped my skin tan. The instructions are easy to follow. The texture is foamy and the color of this product is brown. The scent is that of coconut. I like that the scent is pleasant and it isn’t too overpowering. I love the packaging too. All in all, this product is a much safer option than tanning beds and gives an even and uniform tan on your skin. I used this product without any fear or hesitation. It works much better and easier than other tanning machine options. I’d definitely recommend this product to everyone.
to everyone. #ad #FreeSample 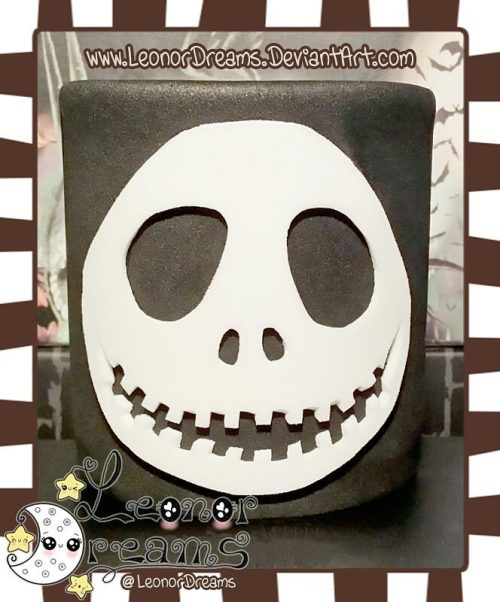 As a bit person I endorse this message

#virtue signaling, #as a bi person I endorse this message, #anti bs, #foamy the squirrel, #in year of our lord 2020
0 notes · See All
elementalgod-ajPhoto

( thank you @angiewolf09 for this lovely band of Cutthroats) 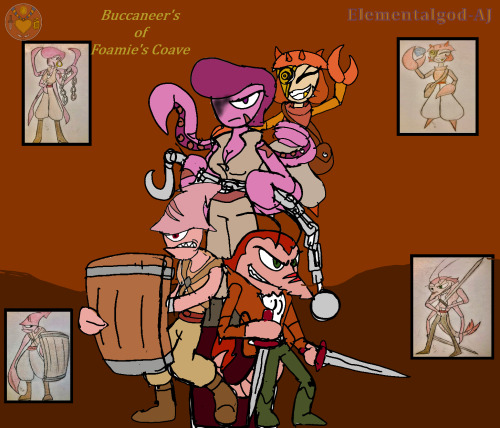 After escaping International Police, he turned towards Galar and was interested in D-maxing. There, he went from this King:

Another old piece from before I switched to traditional lineart. Wanted to make, like, a fake screenshot of Foamie from when she got separated from her family during the break-in.

I think that, if I do decide to finish it, I’ll have to start this one over, too. My art skills from three and half years ago are just not up to my standarts anymore. 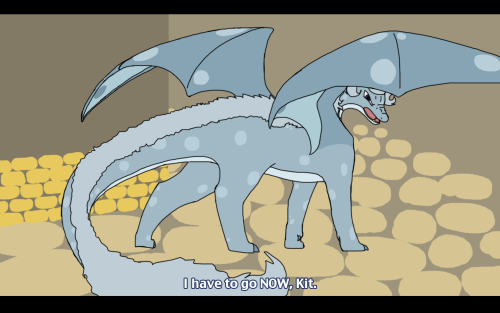 Ok, back to kyoshi island it is then.

HE’S BACK!!! oh my god this episode is EVERYTHING. I thought I had seen the last of foamy, but ONE SEASON LATER, he returns. What a legend.

So, I can kind of judge your age by if you know my new avatar or not.  Way back in the early days of the internet, there was a web based video animated series staring a very, VERY, angry squirrel name Foamy who drank a ton of coffee and liked to rant about things.  That is Foamy:)

So, I had my eye surgery yesterday.  It went well.  For those who have not been following, it was a SLT procedure to lower my intraocular pressure (glaucoma).  So, I drove myself because I wanted to feel in control.  They put a numbing drop in my eye and took my pressure to make sure I still needed the procedure.  Then, they put in a drop to “get my eye ready” and sent me back to the waiting room for 20 minutes.  I have no idea what that drop did, but it did not affect my vision.

Then, they took me back to the surgery area…and it was just this room.  Like a regular exam room with kind of an old stretcher in it and what not.  I mean, it was clean, but I was expecting, I dunno, like a GLOWING room or something?

Anyway, there was a rolling chair for me to sit in and that worried me because it was a low chair and that meant no head support.  I had to keep my own head still.  And because I’m, well, fat, the head bar I had to press against was just like half an inch too far away.  So I had to just squeeze myself forward and up to touch it firmly.

They put in another eye numbing drop and then the Doctor came in and was very calming and they made sure they were doing the correct eye and all of a sudden, it was GO TIME!

I leaned forward and held on to the handles with all my might and looked where he told me to look which was his left ear.

It was very clean.  LOL.  I wonder if they are extra careful about that, knowing they tell people to look at their ear all day?

He put a lens or something in my eye that I couldn’t feel that kept me from blinking. It didn’t hurt.

He said I’d hear some clicking noises and see some red, and I did.  It was like looking at a soft red light with tiny black spots in it and through it, seeing his ear.  I felt nothing at all.

Except for the death grip I had on the machine, the strain in my back from leaning forward, and the burning in my right eye from trying not to blink.  Finally, I did blink and apparently, that was fine.

He had me move my eye a little up and then a little down during the procedure.  That was my job.  He said I did really well!

He was so calming during the procedure.  Talked to me the whole time and said things like, “It’s going very well.  You’re doing just fine.  We’re about 3 quarters done now.  Everything is going great.”  I liked hearing that.

Then it was done!

I sat back and exhaled.  He patted me on the shoulder as he left.  The nurse told me to sit in the waiting room for 30 more minutes, and then they’d check my vision and my pressure again.

I could NOT see well out of the eye. It was because of the gel they put in it with the lens.  She washed my eye out, but said it would take hours to a day to get my vision back.

They called me back in 30 minutes later and checked my vision and I kid you not..I could only read the top E and that’s only because I knew that’s what it was.  The second line I said, “81?” and she was like…No.  LOL.

But no worries there, she said, it was the gel distorting my vision.

They took my pressure again and then sent me to the exam room.

The doctor came in and said my pressure had already dropped one point!

And that the drops had dialated my eye so he took the opportunity to examine it and it was all good.

Then I found out that my “follow up” appointment for next Tuesday is actually the procedure for the right eye!  OKAY THEN.

I drove myself home. I felt okay doing it.  I could focus with my right and my peripheral vision was fine with the left.

I had some stinging and my eyelid was droopy and it ached when I turned on the light, but otherwise, it was fine.  Mom brought me some visine and that took away the stinging.

I took today off and I’m glad I did because I was just exhausted.  And my crown fell out last night.  LOL.  In the front, next to my front tooth.  So it worked out that I could get to the dentist today.

Lucy is doing great, but has some areas on her skin that are bothering her.  I need to take her in soon.  She’s 11 months now.  Can you believe it???

She played peek-a-boo with my mom yesterday.  It was adorable.

I hope you are doing well.  Middlesex, the book, is just outstanding and I’ve listened to a ton of it in the past two days.

Talk to you soon!  Lucy loves you and I do, too!

Some old doodles I’ve sent to discord, but never found worth posting on DeviantArt. The last one says “QUIT BLABBERING I’VE HAD ENOUGH OF YOU!!!”, and yes, I did doodle that one before Spyro’s actual size has been shown. 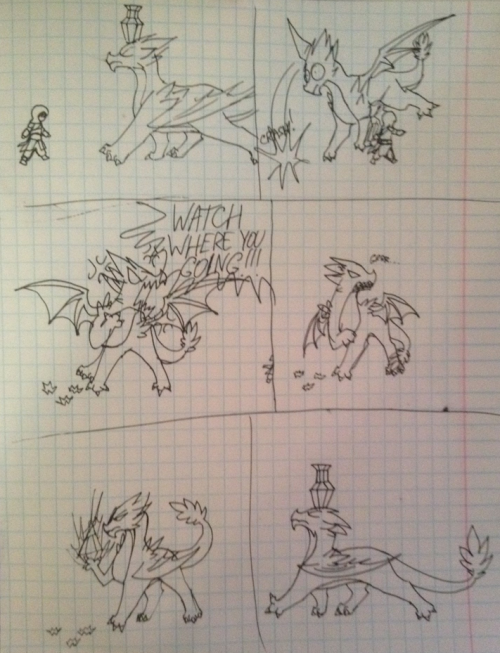 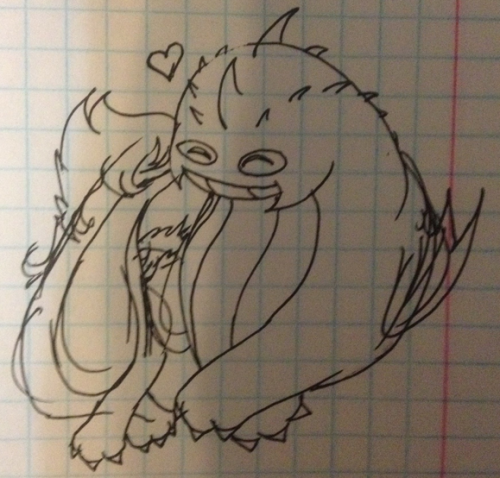 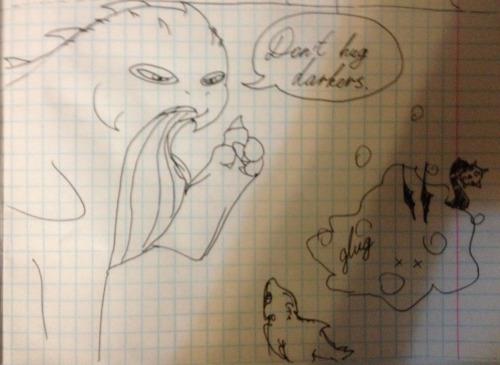 “If you want me to be a little nicer, why don’t you try to be smarter?”

Pretty much sums up my day to day feelings ever since I entered the work force all those years ago.

#foamy the squirrel, #me af, #it me, #i’m not mean, #you’re just stupid
4 notes · See All
xxsweetestpsychoxxText

on a ship without an end and there were sirens in the waves who were looking to kill my family, impale them with splintered shutters or choke them until every thought was a dud, i dont think ive ever dreamt up deaths so graphic unless they were my own

#d0nt rblog, #the crests in the waves were dozens of heads with hair a foamy, #shapeless absence of colour, #grandma is dead and my aunt looks at me saying dont move me just leave, #wood stuck through the mouth in one cheek and out the other, #gurgling garbled speech, #i didnt even mean to fall back asleep, #i was just scared of hearing the phone ring and hid under my pillow, #if the phone rings today it means the bad thing happened, #death tw, #gore tw, #family mention
5 notes · See All
Next Page