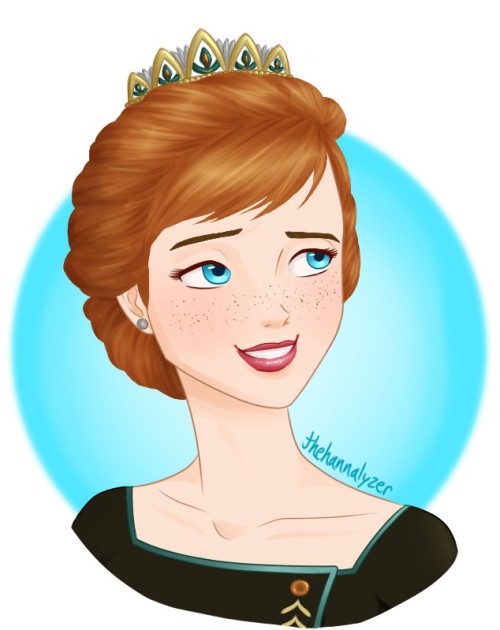 Hello, fellow European fans, here are news we were waiting for. 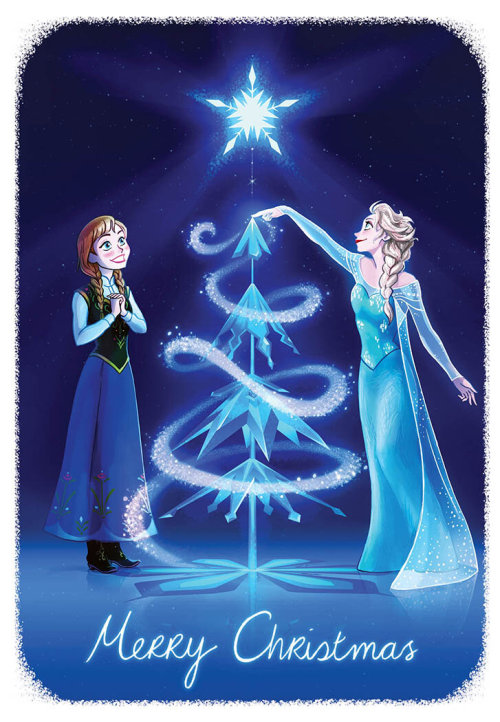 I don’t know if this is unpopular opinion, but I’m ok with the ending of Frozen 2. As in, the separation. I see it as a progression and I’ve never thought of it as a complete separation. For one, Nokk is supersonic! Also, Anna can send Elsa a message via GMail ie Gale Mail (credit @kpfun​!)

Also (and this is a new thought that I just had):  Elsa now has an unbreakable connection with Anna. Maybe it’s because as 5th spirit, she now has 4 extra pairs of magical eyes and ears (Gale, Bruni, Nokk and Mr Giant)!

In the first GIF, Elsa sent a message to Anna who is miles away in some unknown, dark cave. Elsa had no way of knowing where Anna is except by magic. In the second GIF, Elsa sends a snowflake to Anna despite being miles away on the fjord, and Elsa knew exactly where to bring Nokk to find Anna (Anna could have been anywhere in the forest).

The point is, I believe 5th spirit Elsa knows exactly where Anna is no matter where she is in the world. And I’d like to think that Elsa also knows how Anna is feeling. “Big Sister is watching” haha. Kristoff better watch out!

To further prove my point, consider that Elsa did not know where Olaf’s flurried remains were; but when she asked Anna if she wanted to re-build a snowman, Elsa just used her powers and magically located Olaf’s remains.

I recently watch the photo in Twitter of Ciara Renee
as Elsa; the pose inspired me to do this fanart of her/Elsa in the new costume of the second movie. 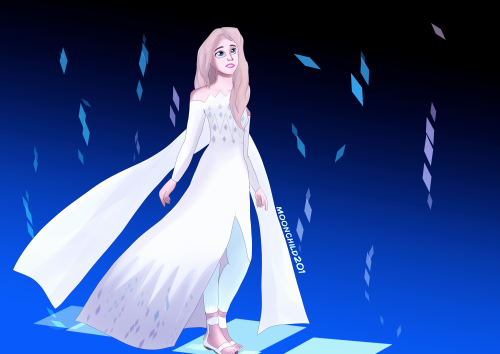 Why in the world did they not do all the trailers with snippets of Show Yourself instead??????

I would not have waited so long to freakin watch it!!!!

I think it’s WAYYYYYY better than the first and SOOOOOO shoulda got a freakin bitch ton of awards!!

New fav movie for sure

Me: NO U DINGUS BUILD A BRIDGE INSTEAD YOU CAN STILL GET INTO THE FOREST BUT YOU DONT HAVE TO BLOCK THEIR WATER SUPPLY

Recently I’ve been thinking how alike Anna and Iduna are.

1. Anna’s resemblance to Iduna is so strong

2. Anna takes on a motherly role to Elsa in Frozen 2 from the moment Elsa is troubled by the voice. OK, sometimes it’s overprotective and irrational but that’s what some moms are like, right?

3. She soothes Elsa to sleep by using Iduna’s method.

4. “Show Yourself” shows us that Iduna has been proud of Elsa all along and believed Elsa had a destiny with her powers. It’s heartbreaking that we never get to see Iduna telling Elsa that though I’d like to believe it did happen off-screen.

Thus I’ve made a very raw edit imagining Iduna is the one speaking to Elsa in the following 2 scenes. Had to make it black and white so Iduna’s face isn’t jarringly blue! I’m not good at this so apologies. And maybe someone out there with mad editing skills will take this as a prompt.

You’re doing great, Elsa. When are you going to see yourself the way I see you?

If anyone can resolve the past, if anyone can save Arendelle and free this forest, it’s you!

I believe in you, Elsa, more than anyone or anything.

Idina Menzel, AURORA - Into the Unknown (Live from the 92nd Academy Awards)

#frozen 2, #elsa, #elsa appreciation, #ashley talks, #frozen, #she is just! so special to me
51 notes · See All
londonfallz76Photo 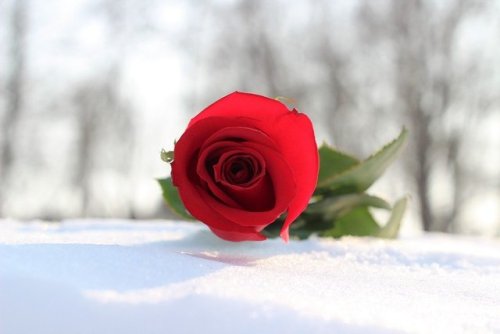 It seems like Kristoff always keeping his eyes on Anna 👀

Had a guy order a Frozen themed cake today for his daughter and he goes, “Yeah, last year I got her a My Little Pony cake for her birthday thinking she was probably tired of Frozen by now.  The first thing she said was, “Where’s Elsa?”  Never again will I make that mistake.”

#Frozen, #Elsa, #one doesn't just get tired of Frozen, #Frozen is an obsession
12 notes · See All
bearholdingasharkLink
So Close (Was Waiting Here With You) - Chapter 7 - Spacecadet72 - Frozen (Disney Movies) [Archive of Our Own]http://archiveofourown.org/works/22583347

Kristoff was happy with his life: he had a job, his own (small) apartment with his dog, Sven, and family nearby. He bumps into Anna one night, who claims she’s from another world and needs help returning home. His help is reluctant at first but as he gets to know her more, he wonders if there was something he was missing.

Chapter Summary: Kristoff and Anna go for a walk to see the city.

so elsa’s the fairy 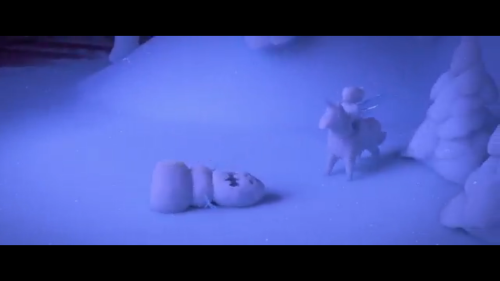 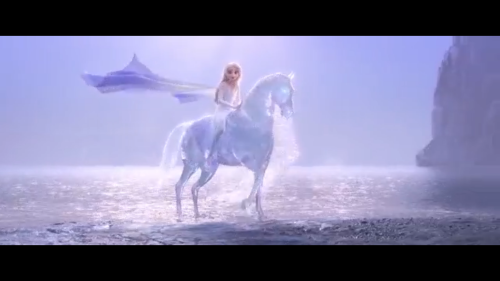 #frozen II, #frozen, #im sure someone already pointed this out, #it stuck out to me because i thought it was odd that she made the fairy be on a horse, #and also elsas double flowy sleeves stuck out as well
4 notes · See All
starry-dreamerText

I felt like I learned so much about the creative process of these two from this.

Sleep my darlings safe and sound

Shh… My babies are sleeping…