Trending Blogs
#he was important
mothamanniText

so I really want to find one specific fanfic and I forget what it called so I dunno what else to do than ask you guys,

it’s loki-centric and it isn’t shippy, it starts out after infinity war and explains how he came back from death, later I think that he and thor are staying in hotel for a bit and thor just can’t stop drinking and loki ends up just packing his stuff and leaving. he goes to… Norway, I think? and gets himself a cottage. blah blah some shit happens and he develops an eating disorder not because he’s insecure but because he was so depressed that he refused to eat until it became a huge problem. someone finds him and gets him back to thor in new asgard. more shit happens and he actually joins the avengers into going back in time.

that’s all I remember tbh 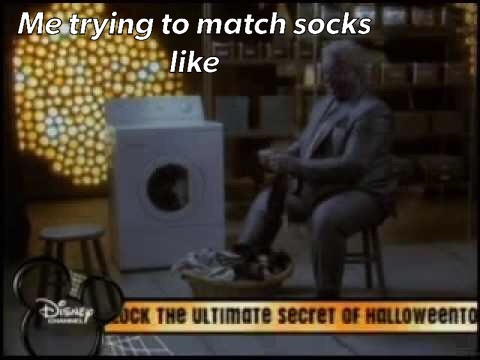 #matching socks, #halloweentown, #Gort, #He was important, #he is still important, #I am nothing but an matchless sick hoarder
2 notes · See All
shawnsrepText

#idk man I'm tired and still upset Herc was barely even in the musical, #even though him and Alex remained very close friends, #hell they're even buried next to each other, #like, #he was important, #I guess I'll tag this as hamilton, #hamilton
52 notes · See All
vanukas-mestariText

what ever happened to the moreos guy

#i feel like we just collectively forgot about him, #he was important
0 notes · See All
jewelcrowText

#mine, #peter pettigrew, #i love him, #okay fight me, #he was important, #HE WAS IMPORTANT DAMMIT, #hp, #marauders
4 notes · See All
geodebiomeText

ok but if you’re fan of the following please don’t think “oh they’re a main character they wont die!!” because you’re wrong!! oh my god!!! everyone dies in the following!!!!!!

#HOW COULD YOU KILL THIS GUY AND JUST EXPECT THAT THIS SERIES WONT GET CANCELED, #HE WAS IMPORTANT, #IM CRYING, #the following, #im having flashbacks to when i was a wee child and the main characters didnt die
2 notes · See All
cclovesbooksText

#the 100, #finn collins, #idgaf that everyone hated him, #he was important
4 notes · See All
the-crowe-and-the-magpieText

Read today that my ancestor Benjamin Rush convinced John Adams and Thomas Jefferson to resume correspondence after they hadn’t spoken to one another in a long time.

#yo I feel so COOL, #he was important, #Benjamin Rush, #Declaration of Independence, #thomas jefferson, #john adams, #history, #linmanuel
1 notes · See All
cabbage-bitchQuote

Wise words told to me by first love.

#personal, #this was 2011, #wow, #he was important, #i still love ya though
0 notes · See All
awakenforce-blogText

Today marks the birthdate of Cliff Edwards, aka Ukelele Ike, aka voice actor of Jiminy Cricket (Pinocchio) and Jim Crow (Dumbo). Needless to mention he was also the original singer of our most treasured and beloved theme song, “When You Wish Upon a Star”. As Pinocchio and Dumbo are two of my most favorite classics, Cliff’s involvement in Disney means a great deal to me! Those roles are both legendary; he always be recognized as an important part of the Disney family and history.

Continue to rest in peace, Cliff! You’ve been gone for 32 years now, but will forever be in our hearts. You were the first to make famous a song that is today so very sentimental to Disnerds across the globe. Jiminy’s moral standards and determination to do what is right has stopped so many youths from telling fibs or participating in unjust acts…you brought that character to life– today, he lives on! Your voice will have a lasting impression on the Disney community for years to come. Cliff indeed was said to have went down a treacherous path with drug and alcohol abuse in his personal life, but Walt Disney Productions was there with him every step of the way, paying it forward (literally) by providing for him in his medical bills. Walt, his studios, and company were there in support of him until the very end…the rest of us will be too, as his name stays with us.

#Cliff Edwards, #wow this is sort of meta but I don't even care, #He was important, #he still is
4 notes · See All
internalrhythmText

8th: many things, including that I guy I…idk even know what when I was 16 dropped out of a great uni in Moscow to open a coffee shop with his friend.

i wasn’t expecting to hear that.

me writing caldera: o what if …. all our ocs’ eye colours.… . Meant something. wow. im big fuck for that idea -maxx

#i guess its obvious with the royal system tho. but, #its also important in cases like., #izula's eyes being purple bc her family was nobility, #sargon's are purple for that reason too, #matthew's are gold bc hes Golden Boy :), #liam's are dark green bc sometimes dark green is royal too and liam/irak are technically princes, #bartholomew's are red because hes evil. Duh, #but crimna's are red and hes NOT evil. its just super sexy that way, #xanthe's im not gonna get in to dont ask, #mia's are just two different colours bc it looks cool. thats it, #merelda's goin for the vampire look...., #im blanking out on my other ocs. dont know them right now, #oh! cc's are red because i wanted them to match crimna's, #rebel's are red bc Im want red eyes! self indulgent. edgy, #thats. tahts it i think, #maxx tag, #caldera, #OH. EZMIRA. yeah theres no reason at all for theirs. like. none. just liked those colours, #theyre an excception i guess
3 notes · See All
funtime-michaelText

the tiredest man ever

“I can’t just tell him that.  I can’t.  I literally, absolutely, cannot - under an circumstances! - tell him that.  There’s…There’s pride at stake?  And my reputation?  And probably a million other things that can be seen as a microagression but I don’t care.  I’m not telling him.  I will literally prop my eyelids open with toothpicks, if I have to.  He’s not winning this, he’s not, because if he wins now, he’s going to hold it against me.  I lose Al as an excuse.  Keep it together, Stark, keep ‘em open, pal.  You got this.  You’ve been skipping out on sleep for - don’t think the years, don’t think the years - a long time.  Bucky Barnes is not winning this just because he thinks he has you figured out.”

The way Yennefer was written in Netflix Witcher was horrendous and wildly ableist. I keep seeing posts and gif sets of her going through the transformation and lauding her as a badass which is fucked up on so many levels. There was nothing empowering about her (a disabled woman) going through an intensely painful surgery while awake in order to become able bodied. Even worse is the fact that the surgery left her sterile. This ties straight into eugenics where disabled women and women of color would be forcibly or unknowingly sterilized during routine procedures. She was abused into thinking that there was something wrong with her which caused her to hate her body so much that she underwent a horribly traumatic event to “fix” it. And then when she is angry about her infertility (as she has a complete right to be) she is told she knew the price and that she wouldn’t make a good mother anyway. Again, reinforcing the idea that disabled women cannot and should not be mothers. This is voiced several times by the man who supposedly loves her and instead of portraying her anger at her sterilization as reasonable we view her wish as irrational. Yennefer is a deeply tragic character and she is not a badass because she underwent a traumatic procedure to become beautiful and powerful. She’s a badass because she was constantly abused by the people who were supposed to protect and care for her and experienced deeply traumatic events and yet she still keeps going and fighting.

#the witcher, #yennefer of vengerberg, #pls keep geralt 25000 ft away from her, #i love him but he does not deserve her nor would he treat her right, #anyway idk how shes portrayed in the books and i just started playing the game, #the rest of the show is good but the writing for her is, #ugly, #making this into a seperate post bc its important, #and im tired of seeing gifs of her screaming in pain w captions like, #she did that
19 notes · See All
kltzartPhoto 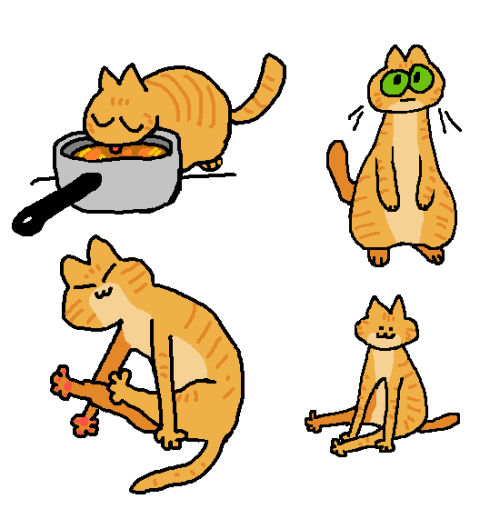 #cats, #artists on tumblr, #digital art, #i caught him drinking the chicken soup on the stove :(, #also he just Sits like that a lot, #hes so sweet and cuddly tho so i cant be mad at him for anything ever, #including the time he killed a mouse and put it in my drawer of clean clothes :(, #it was a sweet gesture but cmon, #his christian name is jasper but we call him little man more often, #or just kitten, #disclaimer: none of my family is christian, #i just feel thats important to state
219 notes · See All
jeffsmoreauText

#this isnt important information i jus think hes neat, #anyw i have HEADCANONS for the BOY when i come back, #the og robot fucker........., #tbd.
6 notes · See All
nghtvingText

#why is this so COMPLICATED., #anyway the important thing is he said yes and so ... the work Begins, #helen.txt
2 notes · See All
zelda-and-princess-hyruleText

#in appearance at least, #legit the description for him is how i see most people draw that guy, #just wo the circle things, #and its so funny bc he is Such a Nervous Wreck, #yet hes like one of the most important guys in ilium
2 notes · See All
fatedrosesText

Ymir and Jotunhiem, the world shrouded in eternal darkness.

#seraphim, #painting, #sketch, #digital art, #Ymir, #practice, #messing with textures and drawing a bit looser, #nothin like carrying important documents to and fro cities, #hes too old for this lol
1 notes · See All
Next Page