Why is it that when the story ends we begin to feel all of it?

I’m so fucking confused as to where you went.. I kept trying to find my way back to us.. but it was like fumbling around in the dark meanwhile you were telling me you’re mine and I was yours.. but you walked further into the dark and left me to find my way out alone..

You are my best and worst addiction 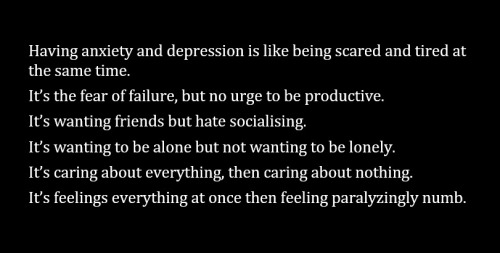 Why does it hurt so much?

I wanna be her because he wants to be hers

“We search for the feelings that will destroy us in the end.” 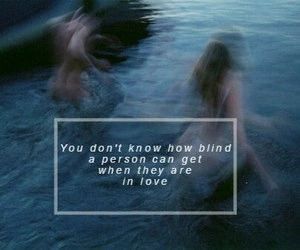 I wish I could hug her.. one last time.. kiss her before I go.. the weird part at it? I cannot suicide now. What if it fails? I would have nothing. I have to wait till my education is over and then I finally can go.. Every morning I wake up with a smile, knowing it is one day less to finally get this over me.

I became possessive and pulled him away from some of his female friends, but does him cheating and lying excuse my insecurities or am I just as bad as him?

I had his passwords to his social media, but he gave them to me in a bid for me to trust him again, am I just as bad?

I slapped him after he made fun of me for being molested, which lead to him punching me and leaving a bruise on my face.. wouldn’t that be my fault? I struck first

Maybe if I hadn’t been upset he wouldn’t have hurt me, or screamed at me.

I’m struggling with accepting that I was abused while accepting the wrongs I did in our relationship too. It’s hard to not blame myself for it when he would turn everything into my fault and I believed it. I don’t know what to believe anymore

All my tired heart is asking for is a little rest

I’ve decided that I am giving up on dating and romance. I’ve realized that I don’t like people enough to put myself through the stress. I would likely be much happy if I changed my priorities and have up on having a family.

There are only so many years in a row you can constantly be asking yourself, “what’s wrong with me.” I think I would accomplish much more in life if I stopped being so concerned with finding a romantic partner. I’ve really never had a positive experience, so I don’t know why I keep thinking things will be different.

I always thought it was really sad when I met girls who felt this way, but I don’t think they’re so unreasonable now. I’ve come to the conclusion that while love is highly desired among humans, it’s a state that is rarely achieved. Maybe it’s irrational of us to just expect love to happen for everyone. I’ve always had a romantic flare, but I think it’s time to find fulfilment in live outside of intimate relationships.

I am not an object you can just throw away.