Not the best photo cause of the lighting, but this little huntsman has been hanging around our house for a few days now

Every time I see a huntsman I think about the comment someone made on a huntsman post about how their legs end in cute little paws instead of tarsal claws like most spiders AND THEN I think about the little pitter patter noise they must make when running around that I could hear if I were very tiny and I get emotional. Anyway I love this spider thank you so much for letting me admire it

“When he saw me weeping, he answered: ‘You must go another road, if you wish to escape this savage place. This creature, that distresses you, allows no man to cross her path, but obstructs him, to destroy him, and she has so vicious and perverse a nature, that she never sates her greedy appetite, and after food is hungrier than before." - Inferno Canto I:61-99

Happy birthday, @bacchanalium! Because it is still January 9 where I am.

Lemon tart for the birthday rat! 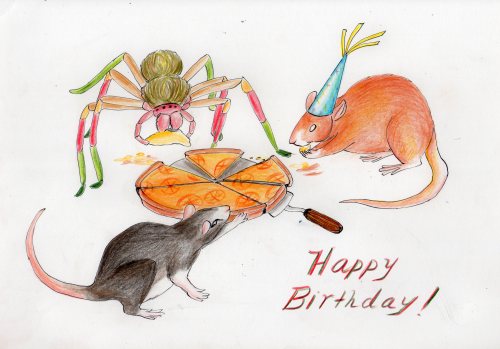 As I was opening a crate of Aboriginal artifacts I had recently recieved from a Australian friend of mine, something strange happened. Hiding in the packaging was the largest spider I had ever seen. Didn’t know if it had been placed in there as a joke by my friend or it was just a hitchhiker. I jumped back as it lunged at me. It than ran into the kitchen. I decided to do a little research (googling) to see what I was getting into. Turns out, it was a Huntsman Spider.

The Huntsman had gotten up the wall over the sink. It was as large as a dinner plate so it could not be missed. My research told me they don’t typically attack and normally stay on defense but this giant bastard had one of my knives. How it did this, I did not know. As I reached over to grab a larger knife I thought,“ that’s not a knife, this is a knife”. I threw it and stuck it dead center. Turns out those knife throwing lessons did come in handy. This gave me a great idea.

So, our uncharted meal and recipe will be Fried Huntsman Spider. I turned on my large deep fryer and did some more research. Turns out Google is lacking in this area. I may be the first or no one has documented it yet. I had to wing it.

I’ve fried plenty of foods like chicken, squirrel, and zucchini but I’ve never fried spiders so I went with making a batter. I checked out my Huntsman and it was dead. I must had knifed it in the right spot. I took it down and cleaned it thoroughly with a brush being careful not to break anything. My goal was to keep it in one piece.

Mix all that together in a LARGE bowl. Add more water or flour to get the thickness just right. Stir it thoroughly. Don’t want any lumps.

Make sure your oil is heated to 400°. Carefully dip your Huntsman spider into the batter. Don’t break any legs or other body parts. Once you are sure all parts of your Huntsman is covered in batter, carefully place it in your fryer. Both hands with metal tongs in each works best.

Once it is golden brown and floating on top of the oil, it’s ready to take out. Place your fried Huntsman spider on a large plate covered with a paper towel. While it cools, heat up some frozen peas. If your Huntsman is female with a hefty egg sack, add those to the peas along with a couple tablespoons of butter (the real shit).

I found it similar to eating crab. Hope you enjoy!

Giant huntsman spider living in my recycling bin is going to get a rude shock come garbage day.

This is nightmare, my child. My little house demon. I love them very much.

Kerra was born from a half dead pod and her first breath echoed her dying breath of her Dream.

Upon getting her wits about her from dying but still being alive, she starts piecing together what her Dream was.

To die in place of Caithe.

Kerra doesn’t take kindly to it.

And the voice in the back of her head doesn’t help.

So she rejects the Dream.

Rejects the Pale Tree and her protection. 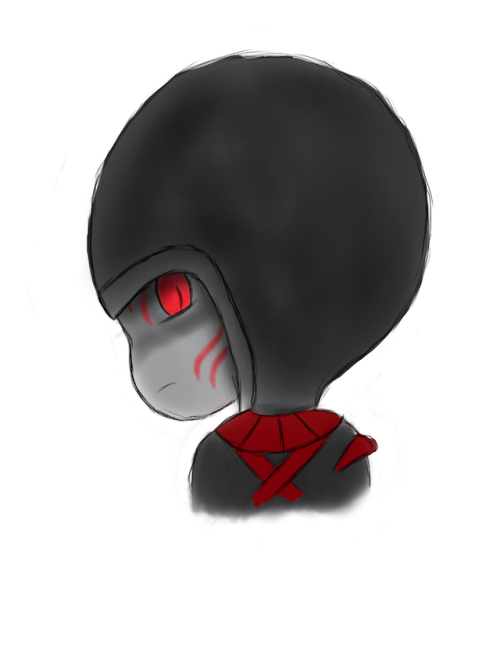 My chonky girl, Felix, is still going strong!  Soon, I hope to try and pair her with Dorian T_T.  Cross your fingers for me, I’ve never attempted breeding spiders before, let alone these teleporting fuzzballs.

I’ve got this design, inspired by Queen Felix, (and a few more buggo related things) up on tees (S through 5X) and vinyl stickers in the shop (link in source, below). 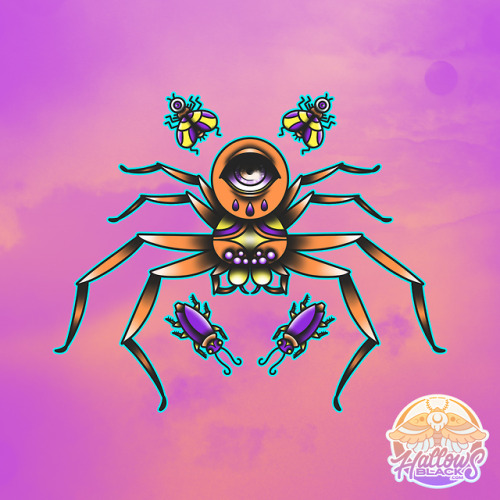 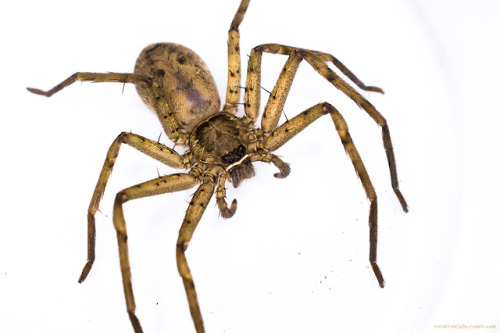 A large Huntsman Spider species, with long hair and banded legs. Common in Western Australia and the southern states. One of the Huntsman species pursued by the Giant Spider Wasps in the genus Cryptocheilus. I once saw such a pursuit, high up a tree where the spider was hiding under loose bark. The spider flung itself into the air and fell to the ground, rather than try and face the wasp.

Often found in houses, but usually living under loose bark and hunting at night.

The Giant Huntsman is a Cave Spider 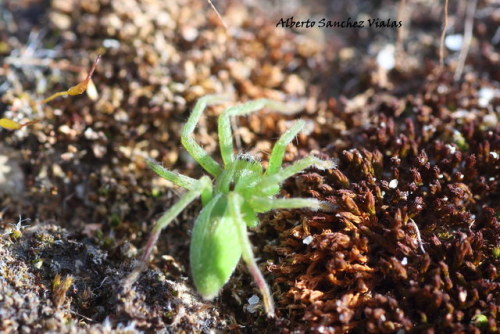 #bugblr, #spider, #huntsman spider, #olios giganteus, #personal, #my pets, #finally got them all moved into a better enclosure, #there’s like. No information on how to care for the slings, #so i’ll do my best
92 notes · See All
bemineunderthestarsText

Fed her for the first time today, during which I realized something crucial:

She has rosy cheeks. 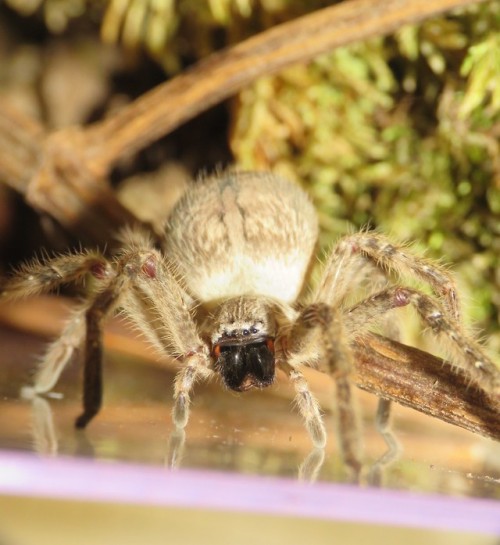 brought home a big lady from the expo today!

The female H. venatoria, Felix <3.  (I named them Dorian and Felix because holy shit, I’m a nerd.)