He made it for you.

After being nine days late, here’s the update! Just a few left until the fic itself is done.

I thought you two didn’t… get along.

[Caption: assorted gifs showing Pepper and Natasha in scenes from Iron Man 2 (Pepper ordering Natasha to fetch Happy; Natasha standing as Pepper signs the documents she handed her, glaring at Tony; Natasha opening Pepper’s door in the car; Pepper and Natasha walking up the stairs of the Expo side by side; and Natasha slamming Hammer against a table in front of a surprised and impressed Pepper).]

Watching Iron Man 2 (Ivan Vanko is valid)
And suddenly realize why the fandom likes to pretend Rhodey doesn’t exist… He dared to disappoint fandom’s white fave lmaooo. How dare he not personally babysit Tony and have his own agenda.
Anyway, glad to see how a black character doing his own thing (for better or worse) separates the real from the fake.

TFW you’re rewatching the court scene in Iron Man 2 and suddenly realize Rhodey’s only a Lieutenant Colonel. How have I gone this long not knowing that? Literally everything just calls him Col. Rhodes! Flip!

When I first saw it, I thought “oh I get why they cut this, it kind of goes against every other Howard we had so far”

Which takes me to avengers endgame, where that Howard comes out of the sewer to give us another reason why the Russo brothers were full of bullshit with that movie

What I’m saying is: if the ultimate Howard was going to be the parent who loves his child but isn’t sure how to display it, WHY OH WHY would you not at least build up to it???? I mean, it wouldn’t fix the difference in the tie-in comic, but few people take that into account anyway

If they had just shown the cut scene and said “oh, Howard cut that out himself”, it would at least give us ground to believe he loved Tony, so why not just do it?

Neglectiful Howard (which is, by the way, his character at least up to far from home) and loving parent Howard might as well be two completely different people and there was absolutely nothing to connect the two, which is why almost no one took their endgame interaction seriously

So which one is it? Why would you cherrypick your own canon??? How is it that the fans thought about their relationship more deeply than the writers?????

hIS HAIRSTYLE IN THIS MOVIE IS EVERYTHING I CAN’T-

Iron Man helmet made out of flowers 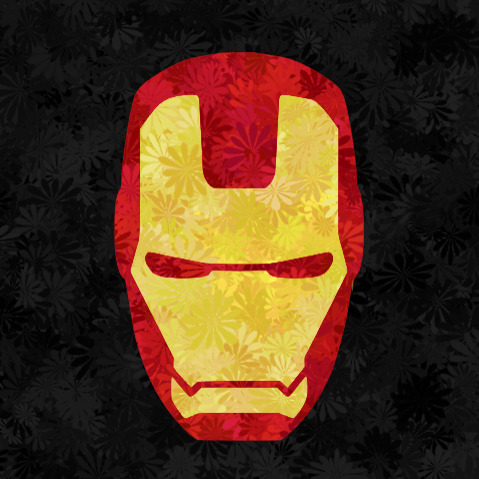 Listen, for all I’d heard this was a terrible sequel to a good movie, I actually kind of enjoyed this.

But the reasons I enjoyed it are more to do with individual characters or the reasons as to why it’s not a great movie in the first place. I’ll be honest, Scarlett Johansson as Black Widow really had me drooling because I am a useless gay. Pepper was stunning and wonderful as always. It was an easy watch… but that does not a good movie make.

First off, let me deal with something that really jarred me: the replacement of Terrence Howard with Don Cheadle. That threw me off for a good while until I either googled it or the name ‘Rhodey’ was mentioned and it put me back on track. I understand this was an issue of pay (really disney????) and availability for the rest of the MCU. Anyway, getting over that hump, let’s get into the meat of the review.

So, this film, if you haven’t watched it, is about Tony Stark staring his mortality in the face while 3 ‘villains’ gang up on him. Senator Stern, Justin Hammer and Ivan Vanko. I really would have rather two or even one fully fleshed out character in that spot, given them more emotional depth.

Speaking of emotional depth, really, for a movie that was about Tony counting down the days till he died, it lacked any. Zip, nada, zilch. I didn’t even feel the intense ‘I must hug him’ feelings of the first film. I should have been cringing off the sofa with his wild and erratic antics, but it all just lacked energy and any real emotion behind it. Nothing soared emotionally, and the whole thing with Pepper at the end should have been beautiful, slightly cheesy, sweet, made my heart sing. Instead, nothing.

It was just… flat. Very flat emotionally. Lots of explosions, lots of people doing things, no time to reflect on the action that had just happened. So, I guess you could call it pacing issues! Nothing as extreme as CA:tfa, where nothing was given breathing room, but it sure happened here. Things like Fury showing up and feeling extraneous to the story, Coulson appearing and disappearing for not much reason- aside from tying in Thor on a timeline, I guess. If they had either made more of or this connection had faded into the background, it could have worked!

It did give us some great moments though, like Tony sulking inside a giant doughnut, and the car with the boards sticking straight up out of it.

This is, out of the films I have seen so far, pretty skippable, even if I did think it was a nice couple of hours of entertainment.

@theherothechampiontheinquisitor and I chat a lot about Howard. Who Tony knew versus who Cap and Peggy knew, what that change was, why it happened…. that sort of thing, so when she sent me the clip of this we both had a field day.

I get why they exchanged this scene for the one where he’s speaking directly to the camera. I think the one they chose works better for the movie and for Tony’s story on whole, but this…. this one brings up some interesting questions for Howard.

Namely: why is he so affectionate to his sleeping son and in the video message he’s leaving him, but can’t seem to say any of this or even show it to him in a way that Tony remembers it?

I think it boils down to the way he learned (or didn’t learn) to express genuine, deep affection. Even in Agent Carter he has trouble with it. He laughs things off, brushes worry over him off… it’s a defense mechanism that I have to think he learned throughout his own childhood and one that deeply hindered his emotional growth into adulthood.

But this video is so telling in the little things. It’s the way he’s holding Tony so close, the way that he keeps pausing and sighing and taking a moment like, even at four years old or so, Howard’s still having trouble believing that he had any hand in making this perfect little human being. He loves him. He’s proud of him. He wants to give him the world. I just don’t think he knows how to say that to him. He’s doing the best he can. It may not hit the mark, but all those little micro expressions and beautiful moments in this scene help support the words. Hats off to John Slattery. I know I lean towards Dominic’s Howard full force, but this really does help provide yet another few pieces of the puzzle to try to figure out Howard Stark.

Summary: When Morgan Stark accidentally discovers a working prototype of her father’s time travel equipment, she travels back in time to different points in his life. It’s dangerous, and she knows she can’t change too much or risk the fate of the universe, but Morgan can’t resist the chance to see her dad again. She offers advice and consolation during Tony’s darkest times, shares his excitement and joy during the best times.

Or, 5 times Morgan went back to be with Tony and 1 time he came to her.

Note: Please let me know what you think, comments and reblogs are always appreciated!

The second time Morgan Stark time travelled, it was not an accident. That is not to say that the trip was without its difficulties, though.

It took Morgan two years to decode FRIDAY’s secure files and gain access to her father’s notes on spatial and temporal shift. He’d been very thorough in ensuring his theories would never been seen - or used - and it certainly didn’t help that Morgan had to do it all in secret. For every day she spent trying to crack Tony’s security measures, she spent another three days hiding her tracks from FRIDAY for fear that the AI would report the break in to her mother.

As it turned out, that was the easy part. Once Morgan had gotten into the files, she found them corrupted by the very process she used to crack them open in the first place. It took a further year of study and secret communications with experts far older but far less intelligent for the young girl to eventually reach a point where she was willing to face time travelling again.

This time, she took precautions. It had taken months for the sickness and other nasty side effects of travelling unprotected through the vortex (which included blacking out and losing time, unexplainable nosebleeds and hair growing shorter instead of longer) to subside. She’d learned from her mistakes though.

Now, Morgan had ‘borrowed’ her mother’s Rescue armour - certain that she wouldn’t notice as she never wore it anyway, just as her father had once joked. Protected by the blue shell, which shrunk to fit her perfectly thanks to the nano technology, Morgan stepped on to the weird platform in the corner of her lab.

She’d had it moved here last year to study it, to learn its secrets and understand the role it played. Its presence explained away as a new testing chamber for her other projects, Morgan managed to keep her mother out of the loop with relative ease. Getting extra Pym particles to make the exquipment work had been simpler than expected although Morgan feared that the thousands of dollars used to pay for them would be considerably harder to explain away than the sudden appearance of the platform itself.

Tapping in new coordinates, solidly fifty percent sure that it would take her when and where she wanted, Morgan stepped onto the metal stage. A quick glance confirmed her patched up programme was running. Her face plate materialised then she tapped the guidance system twice, bracing herself as the vortex surrounded her. 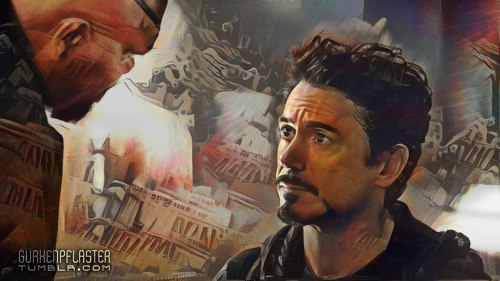 Tony Stark and Pepper Potts bicker as they walk through his garage, with a newly added full-floor holographic aparatus (part 1). Iron Man 2 (2010)

I hate Howard for how he treated Tony but 🥺 This is the dad he should have always been. My heart