PSA to the Fandoms with Hispanic/Latinx/Portuguese/etc Characters: When you see that someone has been given two surnames, remember that both are their surnames, not just the latter given one.

If they were canonically given only one surname, it’s okay! Just use that, you don’t have to make a second surname for them! It’s how they identify themselves!

But if they were canonically given two of them… remember that both are their surnames, don’t cut it down to one.

Just trying to clear up some cultural misconceptions here.

Not a professional nor is it my culture, personally, but I did my research, okay? This is what happens when you stick around the Latin Hetalia fandom for just a bit too long. And I swear, if I read one more fanfic-!

I remember when I made this post on Google plus, but I'ma do it again because my Tumblr account has more active followers than my G+ account ever had. Spoilers for tyrants tomb.

The sevens voices, plus Nico and Reyna

His voice is as smooth as, well, the Ocean. It has a nice wave to it and it’s usually laid back sounding. But, just like how the ocean churns when a storm is coming, so does Percy’s voice. It becomes shaky and gravely when he’s emotional or high pitched when he’s scared. The only real time his voice is calm when something bad happens is when he’s trying to reassure others.

When she was younger, she probably sounded like one of those annoying cheerleaders. But, when she got older her voice deepened and so did her attitude. Growing up with Percy definitely caused her to slow down a bit and enjoy whatever time they had together, so I could imagine her voice rounded up to be soft but steady (especially when she has full confidence of herself), having a bossy tone to it sometimes when she takes control of the situation.

(fuck I love this boy) I can imagine Jason’s voice as deep and firm, especially while giving commands. It booms like lightening while he yells orders, causing him to have a natural authority vibe. But when he’s around his friends, being laid back? He’s more soft spoken, laughing loudly and clapping people on the back and giving knowing looks.

Literally Jeremy Shada. Perfect for jokes and laughs, but also tender when emotional. Because let’s be real, Leo is a very emotional dude, he just bottles it up inside because he believes he isn’t important enough. He’s cocky when he wants to be, which gives off that kinda annoying high pitched voice. Also, could you imagine Jeremy Shada saying “badboy supreme”??? #JEREMYSHADANEEDSTOVOICEACTLEO

A typical mean girl voice, which makes her angry because she hates mean girls and being girly at all sometimes, (obviously i’m NOT like other girls 😠) but it’d be one of those soft girl voices, not the snarky kind. Partly because I can never imagine Piper being snarky. Her voice is also soothing due to her charm speak, lulling anyone to sleep if they listen to her talk long enough.

(I would literally fucking die for this boy.) OKAY, so where do I even start with this cutie??? He doesn’t have a hot boy™️ voice, he’s too kind and shy for that. He’s soft spoken at the beginning of HOO but his voice evens out and becomes more steady and sure of itself during the end of HOO. Ever have a very tall friend with a deep voice but in reality he’s a sweetheart? That’s Frank.

HER.VOICE.IS.ADORABLE. partly because it has that 1920-30 vibe, and because she was raised in new Orleans. She obviously has an accent, and has cute little gasps when she says “oh my!” I kinda imagine her voice to be like Tiana’s from Princess and the Frog, just younger.

Ya know this girl has one of the most (hottest) deepest voices. Firmed from shouting orders at the legion, with a accent from living in Puerto Rico (and also being a pirate) but very good grammar wise because of how disciplined she is. Her voice rarely faltered because has a Praetor she had to be sure of everything she did, but now as a hunter of Artemis I’m sure she can let go some of that responsibility and be more free with what she says and how she says it.

Maaan, this 14 year olds voice is dead as hell. Or, kinda. I mean, after going through the underworld and Tartarus, you can imagine he’s kinda dead voice wise. But, that’s not the case all the time. He DEFINITELY has emotions, and it shows through his voice when he let’s his guard down if he isn’t carful. While confessing his crush to Jason and Eros, you can imagine how raw he sounded. When he gets excited, his voice goes up a octave higher, (kinda like when he was young and hadnt seen hell) he definitely has or had a Italian accent, especially when mad or talking fast.

all of the seven from hoo are all dating each other, no i do not take critism

Leo learned quite quickly that studying was not something he could do with Mr Muffin around. Too bad Mr Muffin didn’t learn that as well.

GUYS I JUST REALIZED THAT WHEN JASON DIED HE HADN’T MET LEO. HE DIDN’T KNOW LEO WAS STILL ALIVE I-

big ol marvel au doodle dump ft. captain zero to dorito shaped hero and the antithesis to that ‘billionaire playboy’ nonsense, bc it’s boring as hell. the genius philanthropist part can stay tho. 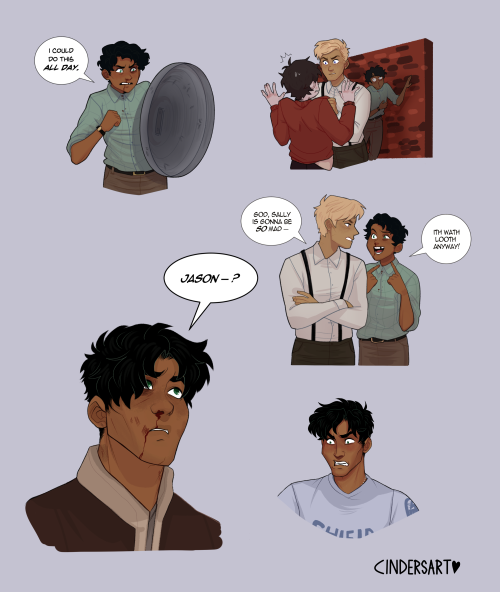 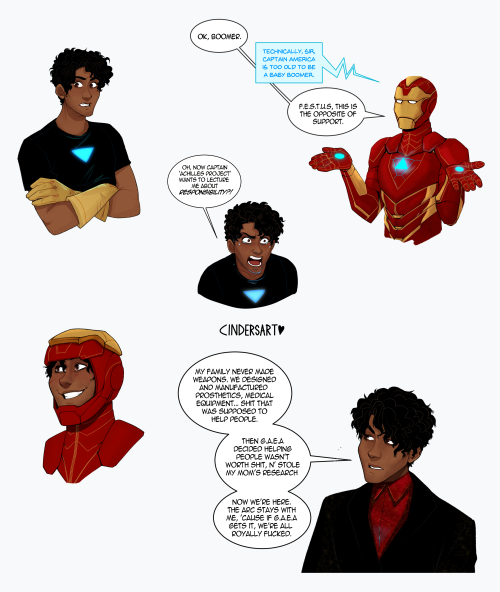 #percy jackson, #leo valdez, #jason grace, #pjo, #sfw, #cinderdoodles, #marvel au, #sometimes u gotta put ur 2 stupidest interests together like that scene in rat tat tootie, #dont look at me i know this is a crime
719 notes · See All
pjozzPhoto 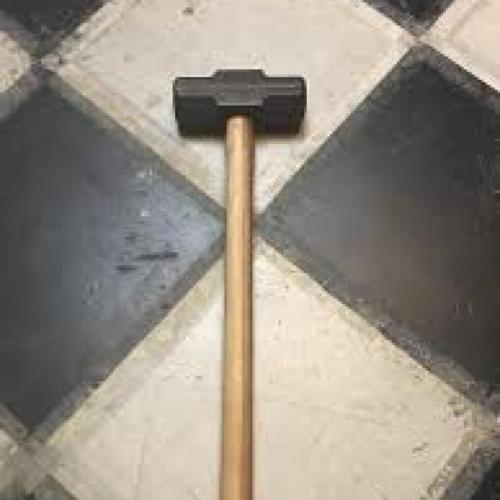 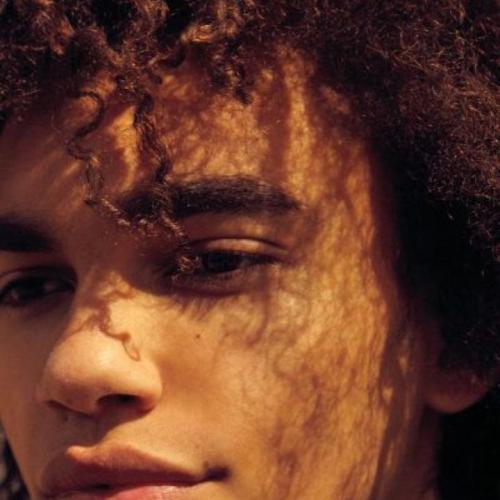 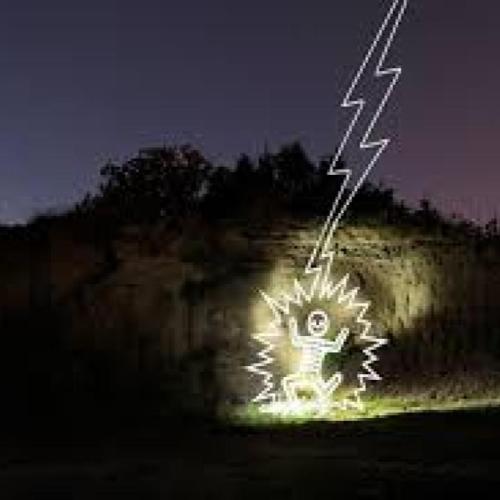 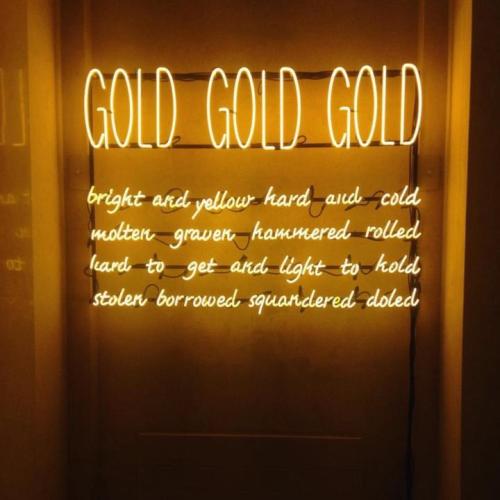 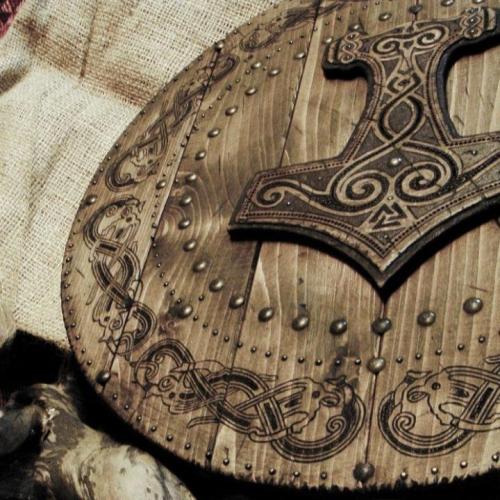 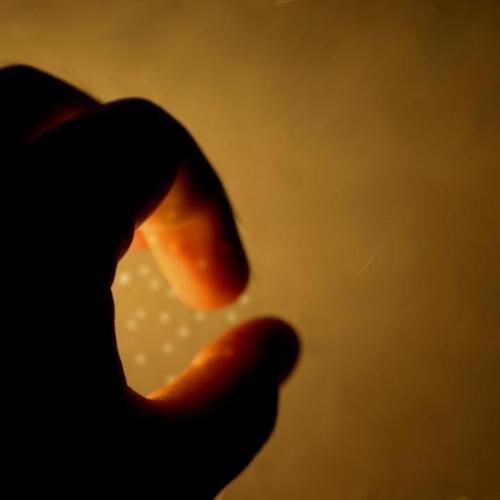 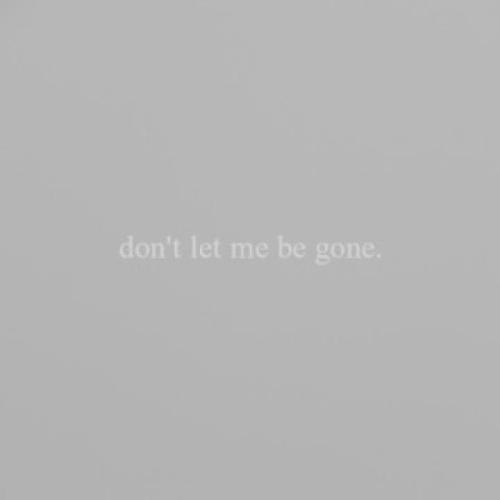 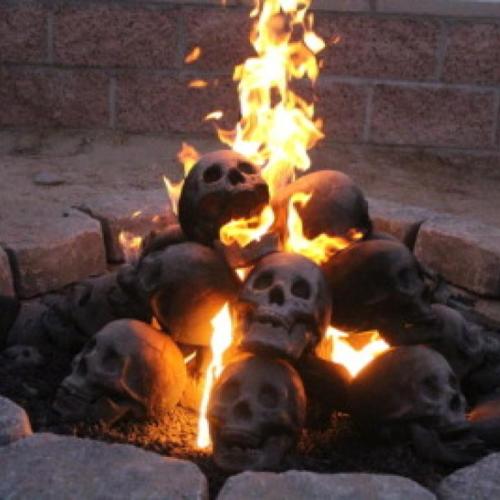 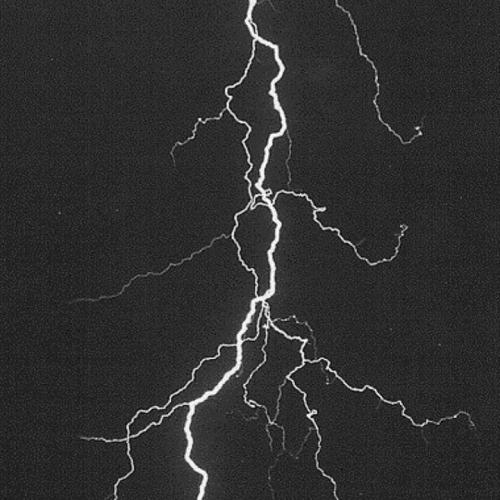 the only scene that really matters in the lightning thief movie is the lotus hotel scene with lady gaga’s pokerface playing. that scene is what really sent us. 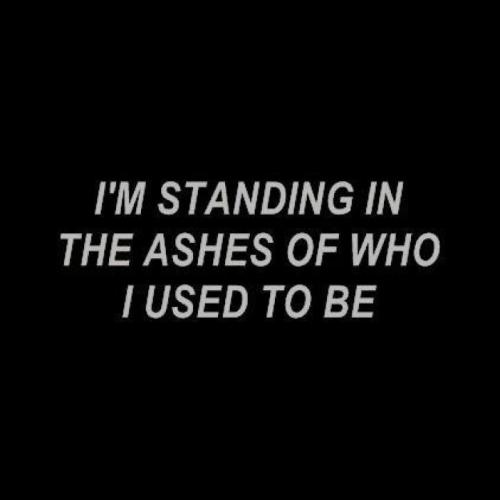 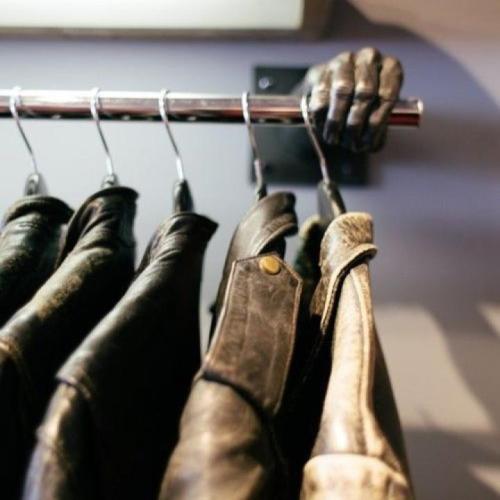 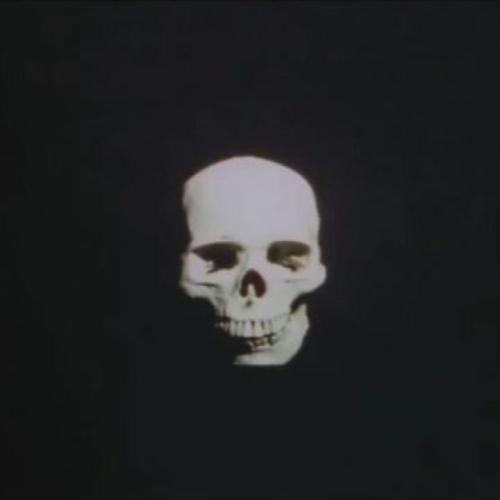 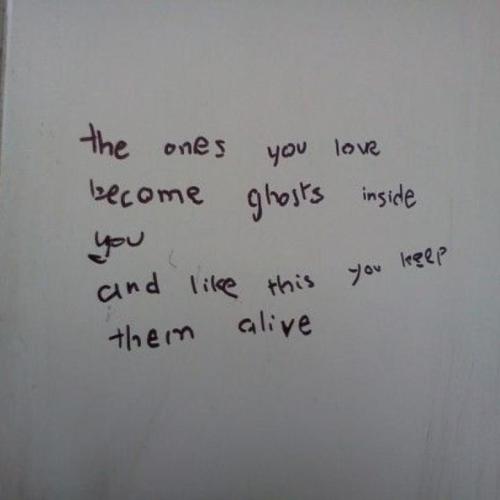 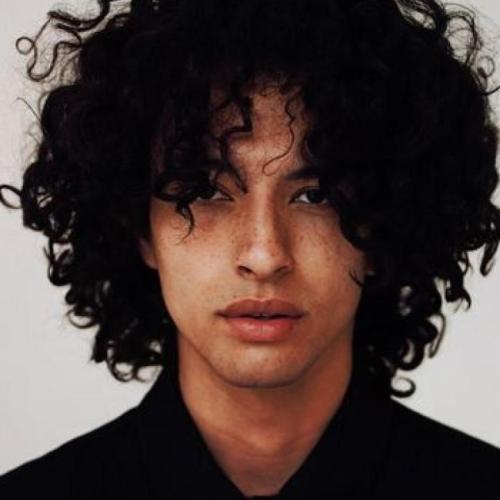 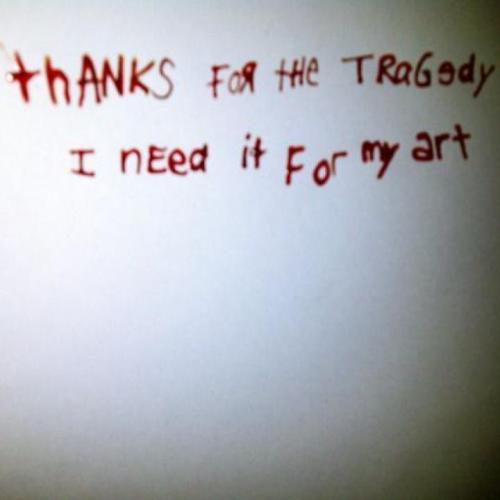 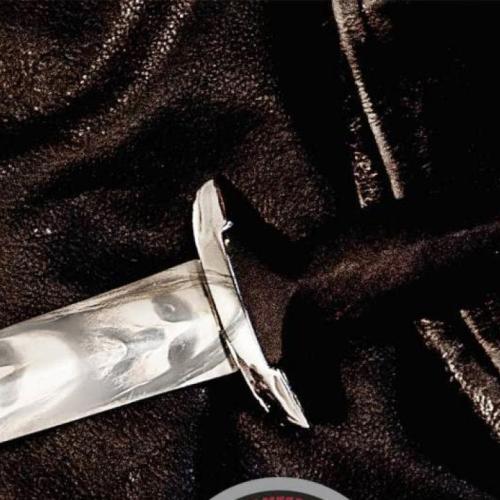 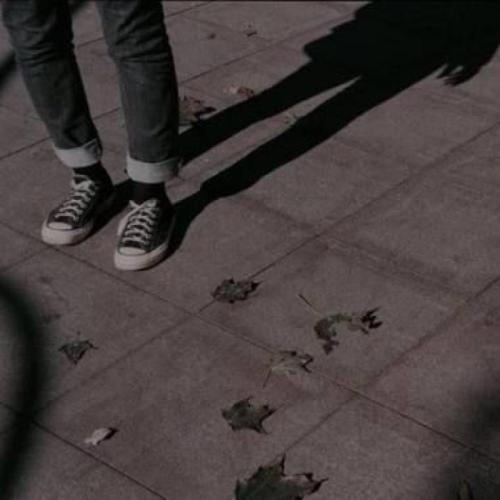 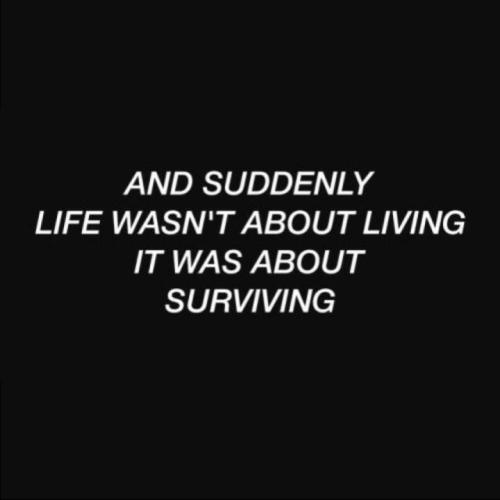 leo, in his head: omgs that girl is so cute..

calypso: YOU DISGUST ME SO MUCH WHY DID THE GODS SEND YOU HERE GET AWAY FROM ME

leo, in his head: omgs i think she likes me

what would you guys recommend/what would you want to see? (don’t feel pressured to interact lmao if you aren’t interested please reblog/share to spread the word) ((or don’t if you don’t want to it’s okay))

again if you’re not interested that’s alright but if you are it would really help! if people show interest I’ll go a little further into prices and such

Me *finally starts reading the burning maze, bracing for suffering because I know what’s going to happen*:

1. Percy reuniting with Leo and Calypso and realizing that they’re in a relationship is an underrated moment.

2. Blitzen’s password in The Hammer of Thor is one of the funniest underrated moments.

3. Carter waking up in Pokemon pajamas in The Throne of Fire is also an underrated funny moment.

4. Also Carter getting shitted on by a hieroglyphic bird.

5. Coach Hedge and Mellie’s relationship moved too fast. They only met in The Lost Hero and were already married with a kid by the end of The Blood of Olympus.

6. I’m tired of Solangelo fics/headcanons where Will is portrayed as a controlling schist. The only reason he gave Nico strict doctor’s orders in BoO was because it was a life or death situation. In The Hidden Oracle, Will doesn’t object to Nico using his powers at all.

8. It is an injustice that the MCGA fandom doesn’t use the term “meinfretr” more often.

9. I generally don’t like AUs (though Jason being alive I can accept).

10. The Arrow of Dodona is one of the funniest characters and deserves more appreciation.

11. Even though most “Not your type” jokes show Percy way OOC, I still find them funny.

12. Every time someone calls Nico “Neeks” I cringe inside.

I should stop projecting on emotionally unstable fictional characters.

Sketched them a little .

Hazel just has such a beautiful colour palette and Leo is just so “Light'em up!” by Falloutboy.

Does anyone remember that it was Will that introduced Leo to CHB, before delivering him to his siblings, back in TLH? Does anyone else headcanon that they developed a closer friendship? Because this is one of the more underappreciated possible friendship (even ship!) combos I’ve seen rn. Also, both are Texan Boys. *not Texan but as a Hetalian obligation to make such groupings*

relationships:
what the fuck is up with calypso/leo???? why is that needed??? its NOT.

leo always felt like a seventh wheel w the Seven, a lot of which stemmed from how much he hopped around as a child. he didnt feel like he fit in with the Seven because they were all paired off (which is annoying but anyways).

he didnt need a relationship with some immortal chick (which is a DISGUSTING age and maturity gap thanks). he needed character development to where he realized that he did have a family, a home, with the seven. to feel like he fit in despite being the only single person.

to open up about his past and trauma a bit more, or at least acknowledge it more, and realize that he has a home. he doesnt need a relationship to fill that void because he has a group of friends who love him and care for him

his past:
its either implied or made clear that leo’s “class clown” persona is a coping mechanism. which 100% makes sense, percy kind of does the same thing. its good.

but whats not good is that RR never gave him a chance to show that he wasnt just some jokester, which resulted in a lot of fans being annoyed w leo’s character.

leo is so much more than just comedic relief and i feel like RR totally did him dirty on that. yes, showing his coping mechanism for his trauma is good. no, not showing him as anybody other than a jokester is bad.

i could keep going on but like………. im right

#text, #leo valdez, #this is a hot mess but if u wanna RB it be my guest
18 notes · See All
riordanverse-dorphinText

Leo: *walks into the Athena Cabin* I’m here to borrow an owl

Annabeth: what are you talking about. we don’t have an owls.

Leo: somebody told me you did

Leo: Really I just heard one

#this is the twelfth person today, #annabeth chase, #Leo Valdez
30 notes · See All
Next Page