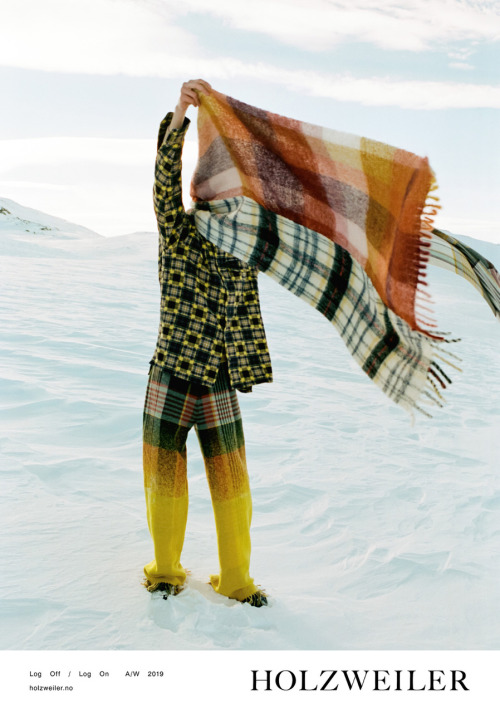 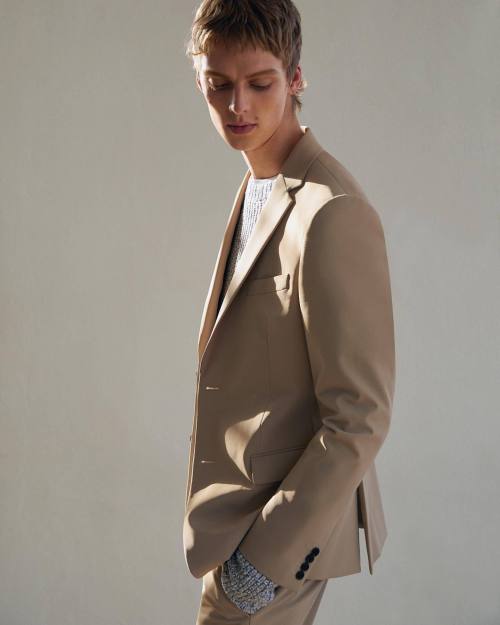 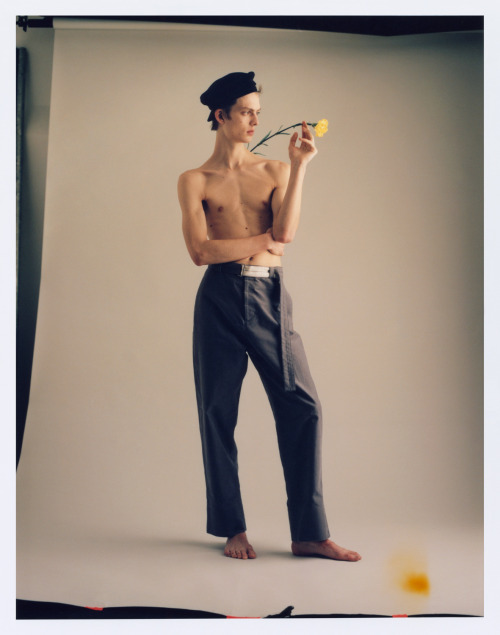 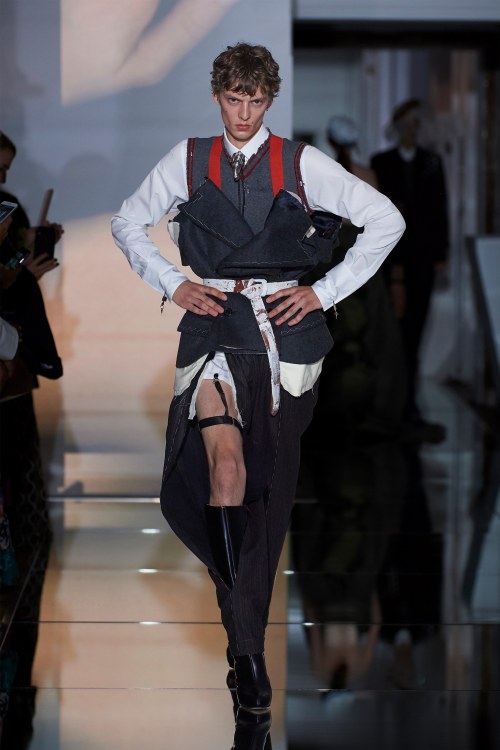 who are the new risk takers in fashion? the mature ones that come to mind are Gaultier, Galliano, Alexander McQueen, Vivienne Westwood and those are just the immediate legacies that come to mind. But who is it now that is shocking, that is riveting? I believe fashion, true fashion should make you feel above all else. feel what? well when I watched Valentino’s SS ‘19 show I felt emotional. It was beautiful and one felt tearful. It was the feeling of hope and everyone sensed it. The draping and the colors and not to mention the striking color against the multitude of models of color. It felt fresh and renewed.

Then we have Margiela. Oh M, making us think about the construction of a garment. No surprise because he studied from the same institute that some of the famed Antwerp 6 studied at. Yes I’m talking Demeulemeester and yes I’m talking Dries. His reinvention and deconstruction can be attributed to yet another risk taker in fashion, Gaultier, because he began by studying under his tutelage. Margiela’s style soon became known for his grunge and unfinished looks that made a statement in the industry. Perhaps what draws me most to Margiela is the master or the anonymous factor to the brand. He denies photographs and interviews even though after two decades he hasn’t been attached to his own label but rather a design team that creates in his name. He left the label in ‘14 and didn’t assign a creative director until…Galliano. A bit surprising but not so, since Galliano for a while was blacklisted since an unfortunate drunken anti-semitic incident while he was at Dior. Its fitting, seeing as what we know about the alternative, de-constructed nature of Margiela’s clothing. Its ‘haute couture’ (since 2012). And aren’t we thankful to Galliano for employing choreographers such as Pat Boguslawski for giving us these infamous Leon Dame walks down the runway. The evolution of Maison Martin Margiela has the three components that make the brand timeless and stand the text of time: intrigue, anonymity and electricity.

Pat Boguslawski takes you inside his world via Instagram to show you the movement behind the model.

Pat Boguslawski or also known as “pat_boguslawski” on Instagram, is a model and Movement Director represented by Streeter’s Agency, but he is, at the moment, most recognized for “that walk,” at the Maison Margiela S/S ’20 this last week. The walk being a clunky, bulky stomp down the runway by model Leon Dame, a signature Margiela model for the house, and has quickly become a meme on dozens of Instagram accounts alike. The walk wasn’t created on accident but orchestrated by Boguslawski who’s main part of his job is to construct movement on shoots, videos and on runways.

If you decide to glance at Boguslawski’s profile on Instagram or choose to follow him you will find he has 17K followers, lots of selfie’s, photos with clients and who’s who of celebrities and models as well as some cute throwbacks of the model with his family. Boguslawski is represented by Streeter’s talent agency as a movement director where there are two others who share the same title. Streeter’s represents a multitude of talent such as choreographers, fashion stylists, make-up and photography among others. Pat was discovered for his talent with movement when a representative from Alexander McQueen saw him saunter down the runway and insisted, he teach the other models how to walk. Now, Boguslawski is the go-to movement consultant for John Galliano on practically every show.

On Pat’s Instagram there’s an extensive list of celebrities he’s worked with Kim Kardashian, Lara Stone, Cindy Crawford, Winnie Harlow, Kendall Jenner and FKA Twigs among so many others. His account is mostly made up of videos or photos that he has directed the movement for; magazines such as Elle, Wonderland, GQ, Numero, and Vogue but the list continues on. In addition to these magazines and the numerous celebrities you’ll spot throughout his Insta-page, you see some familiar brands as well such as Nike and Chanel.

If you are interested in fashion and the “ins” and “outs” of the industry and you’re like me, where you crave the newest knowledge and who really runs the show then this Instagram profile comes highly recommended. Between selfie posts of Boguslawski, campaigns he’s movement directed for and his own posts of personal inspiration (including Tupac in a bathtub full of chains) and the videos of runway walks he’s invented his profile is modern and provides insight into a profession that keeps him very busy. 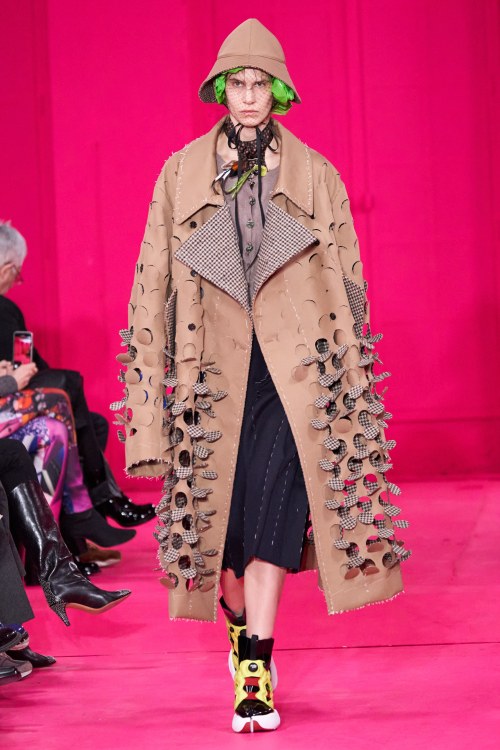 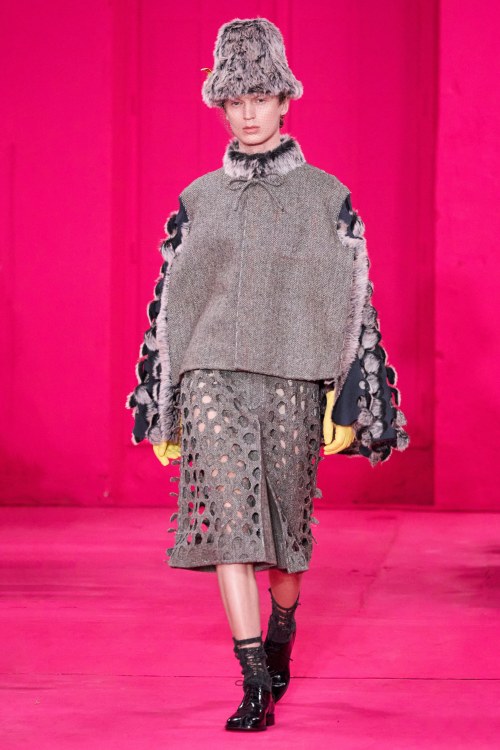 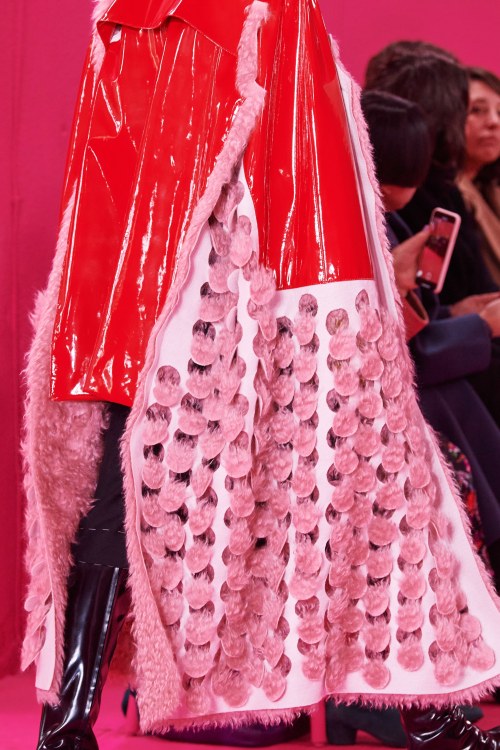 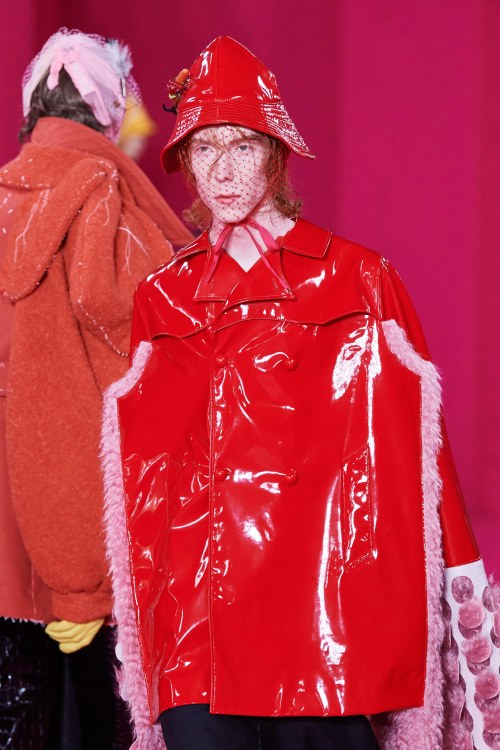 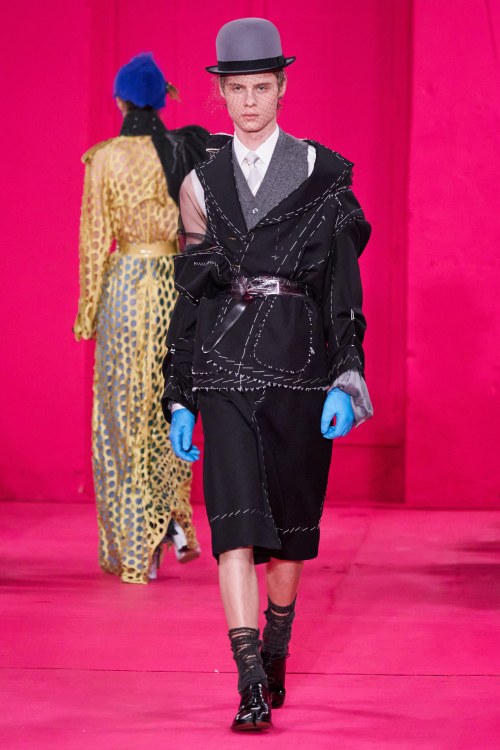 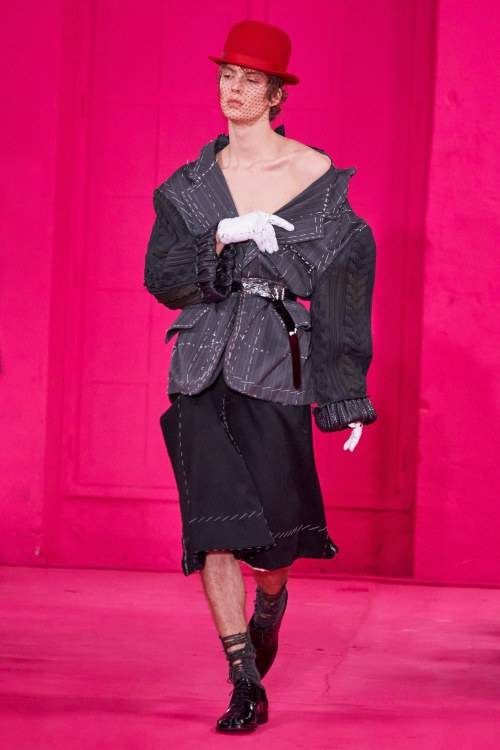 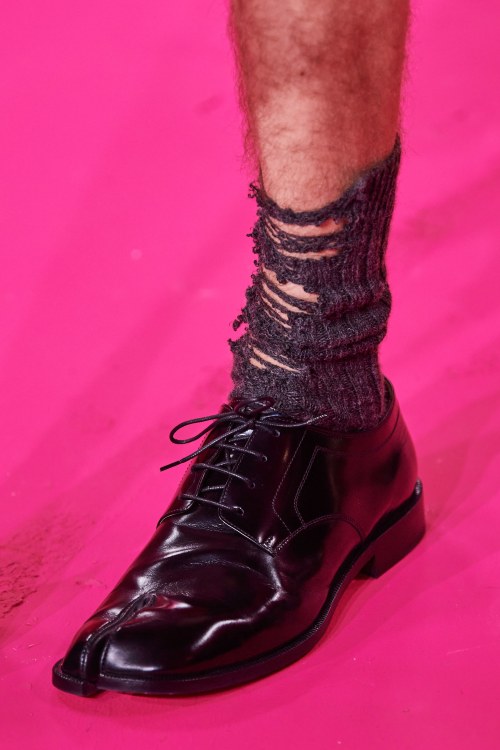