MCU callbacks are the best callbacks we have left shield behind 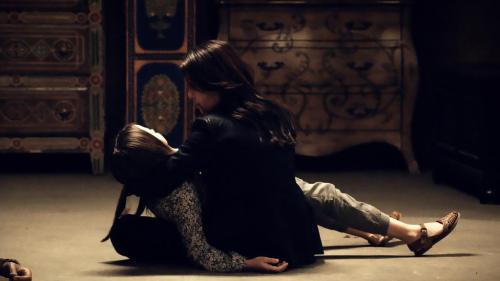 Tony: What was your street name in Queens?

Tony: You lived on a street called Lil-?

Peter: OH you meant my address… Melina, packing lunches: Why is there a normal sized carrot in the bag of baby carrots?

I recognize that hawkeye has made a decision, but given that it’s a stupid ass decision, I have elected to ignore it

Scarlett, Taika and Roman presenting an award at the SAG Awards in Los Angeles on January 19th.

Summary: The team finds out if the time heist worked.

It was the kind of summer that clings to you, winds itself around your body like ivy to an old stone building. The air was weighty and sultry, and even the ice cream cone in Bucky’s hand was already wilting beneath the sweltering heat. A bead of sweet chocolate cream dripped lazily down his wrist, and Bucky didn’t even check to see if anyone was watching before he casually licked it off, concerned only with saving the sleeve of his white shirt, which he had cuffed to the elbows in a vain attempt to cool off.

He wondered if it was all of the tall buildings that kept the heat trapped between them, a slow but inevitable way of toasting the patrons of Brooklyn to crispy little bits. Bucky mulled this over as he popped the tip of his ice cream cone into his mouth and, once more, used his mouth to eliminate some of the sticky sweet residue left behind. As he continued to move through the bustling street, a smooth twang caught his attention, and Bucky cocked his head to one side, listening carefully in order to catch another swath of the familiar sound. Jazz music.

The corners of Bucky’s mouth curved into a helpless smirk; he loved jazz. Hell, he loved music, but he especially loved dancing. Following aural cues alone, Bucky continued to weave his way through the foot traffic in search of whichever one of these nightclubs was bold enough to start the party just as the sun was barely beginning to set. It didn’t take too long; the barroom was small but teeming with life, absolutely bursting at the seams with music and laughter- definitely Bucky’s scene, if there ever was such a thing.

As he made his way across the floor to the bar, he wondered how it was that he had never been to this place before. After ordering a cream soda from the cute bartender, Bucky perched on the edge of a spin-top stool and surveyed the room for his new dancing partner.

Get that Oscar girl!

IW concept art depicts a wizard battle across the multiverse, even the forehead touch from Doctor Strange

another one from the one where the Grandmaster decides executing Loki sounds like a fun idea, which I didn’t write recently but I did type it last weekend

“Please,” Loki says again, letting his voice waver just a little. “Whatever you want—” And then he stops, because he can think of nothing he can offer that might convince the Grandmaster to spare him. Even Thanos valued Loki for his potential usefulness, saw him as a means to an end and broke him to that purpose, but on Sakaar—the Grandmaster’s whim is both the means and the end. There is nothing Loki can provide that he cannot find elsewhere; he lives or dies based purely on which option strikes the Grandmaster as the most entertaining at the moment, and he has no idea what would encourage him in one direction or the other. For the first time, his silver tongue and quick thinking are utterly useless.

Fanart for @lycan-queen88’s upcoming She-Wolf trilogy. Which is to be a werewolf themed WinterWitch fanfiction.

If it’s anything like the trailer, it’s sure to be amazing

How Don Cheadle Wants War Machine To Return To The MCU After Avengers: Endgame