honestly? might fuck around n go to goodwill to look for cosplay stuff 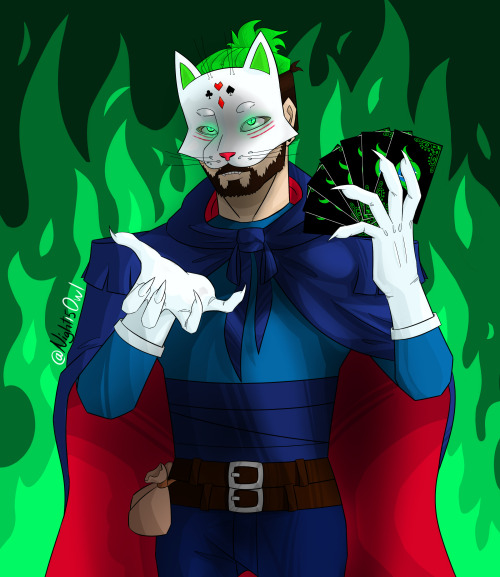 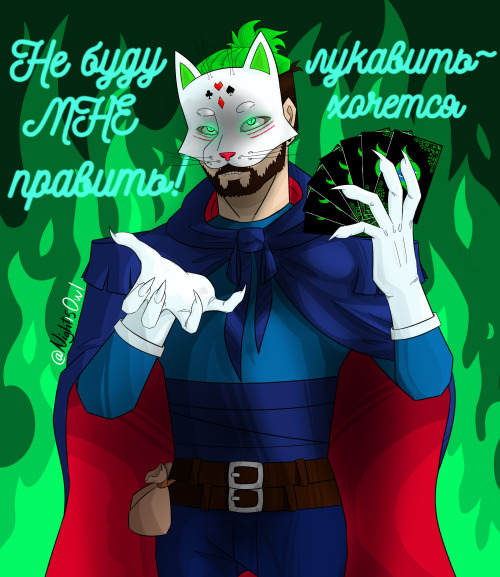 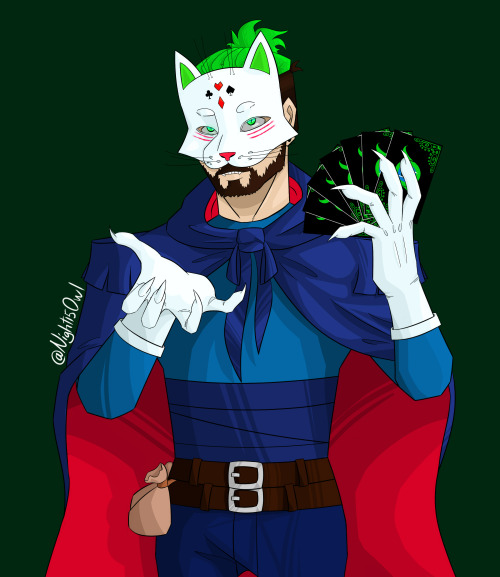 Chase: Rubix cubes are the single most top selling toys of all time.

Jackie: hey what’s the phobia for being murdered

Headcanon, or at least something for my writing verse - Marvin can’t do slight of hand magic without cheating. To the public, he’s known as a magician, not a wizard, so for any performances in front of an audience that doesn’t consist of other characters like himself, he uses his actual magic magic to make his card tricks and the like look natural, when in reality his tricks are merely illusions within illusions.

is sassy af but also a sweet heart

he also feeds the neighborhood stray’s

is scared of dogs and thunder

Marvin knowing how to play the violin.

First four are a couple of fusions me and my friends made! Exa (with the glasses) is mine and Eero is @iv0ry-keys and @sparky-stunned ‘s!

Then middle is a first panel I’m trying to work on for a heterochromaic comic! I keep getting burnt out working on it tho |D

Third is a birthday present for @iv0ry-keys from last week! It’s one of our fusions, Dissonance and her oc, Samira!

Abd lastly- another fusion ^^; but y’all may know! It’s Chroma!! In a fancy phantom!nate inspired costume!

Platonic Jackie/Schneep will always be first in my heart, but platonic Marvin/Schneep is wonderful too and it always makes me happy <3

It was nothing but bait, a ploy for his humiliation, but Marvin had nothing else to bank on. The others had already broken him: Chase, beaten to near-unconsciousness, moaning in his own world of agony. Alex, his stage manager, clueless and petrified into silence. Elyse, just a helpless little girl, sobbing for him in the corner.

Slowly he lowered himself to hands and knees. “Please,” he murmured, no pretenses, no pride. “Please, I beg you. Have mercy. Let them go free and I…I’ll surrender to you.” Anti giggled, a shrill, grating sound, and shifted a foot toward him—an obvious request. Face burning, Marvin dipped his head, ghosting pale lips over his boot. It tasted like poison. “…Master.”

so i’ve started watching “13 Reasons Why” recently & gotten really into it, so i thought it would be a cool concept if i took the egos & put them into that universe.

nobody really has a set role yet, except for chase who would be hannah baker & the rest of the septics are on the tapes.

Sorry All… I sprained my ankle a few days ago and I just needed wanted to write some fluff… Doing this with Anti was my first instinct (because I usually identify with him more) but all my headcanons say that’s impossible: Anti heals too fast and, even if he didn’t, he doesn’t feel pain. Regardless, this was a lot of fun to do with Jackie and it kind of fits better anyway: I don’t like being babied, although I do like being cared for, and I think Jackie would feel the same way even if he feels like he’s the hero and shouldn’t need to be taken care of by anyone even Bro Daddy.

Anyway! Thank you for reading my selfish story and for tolerating my shameless self-promo!

If you like my writing style or just want to support me: please consider commissioning me! ♦♦♦

I’m really out here considering making the Killer!Jackieboy AU a full-fledged thing after looking back on it now huh. For anyone interested, search my blog for “killer jackieboy.” :)

This entire AU/story concept was inspired by Set It Off’s song Killer in the Mirror, 10/10 recommend giving it a listen even if its just to get a better gist of this whole idea. :D

So anyway, here’s some ideas that might be subject to change-

I dunno how involved I’m gonna get in this idea because it feels more like a story idea than a whole AU, but even just this concept post is a good summary for me. Maybe I’ll doodle some concepts for Jackie and Henrik

I doodled a Jackie a while back but he looks like All My Other Jackies and I wanna change that. Killer in the Mirror is from a blue-themed album so his appearance might be more blue and green than his iconic red. Obviously even if primarily blue, he’ll have RGB all in him Somewhere, its just His Colors, yknow?

It’s too early in the morning for Marvin, and he has to settle for drinking his coffee black. It’s not the greatest taste in the world, but it’ll do, for now. He’s enjoying a blissful few moments, watching the sun rise as he takes this time to enjoy the serenity he never experiences before the day begins for the rest of the household. Later, he’ll have to go into work, Chase and Jackie will be fighting over the bathroom in their attempts to get ready for the day, and Henrik will probably slink down into his lab to avoid the chaos.

Unfortunately, his peace doesn’t last when he hears heavy footsteps on the stairs. They’re too heavy sounding, which tells Marvin that someone’s either sleepwalking, or just barely crawling out of bed and isn’t fully conscious yet. He guesses the latter when he sees Jackie stumble into the kitchen, clumsily grabbing at a bowl and…fork, before heading for the pantry to grab a box of cereal. Well, oatmeal, but Marvin isn’t going to say anything.

He watches in silence as Jackie spills the contents of three packets into his bowl before dropping them into the bin. It’s now that Marvin remembers why he’s drinking his coffee black this morning, because Jackie is now pouring milk into his cereal.

“Jackie, no wait, the milk is spoiled-” Marvin tries to jerk forward, to grab at the bowl, but Jackie just stares at him as he takes a forkful of the disgusting concoction he’s created, crunching noisily on his mess, then swallowing.

“…Er….I’ll leave you to it then. I hope you feel sick later.” Marvin leans back against the counter, going back to his coffee. At least black coffee is preferable.

“S’your fault,” Jackie grumbles. “Didn’t say anythin’ until I got to the milk. ‘M gonna spite you.” He picks up his bowl and moves closer to Marvin, forcing Marvin to watch as Jackie…well…eats.

Absolutely🖤💚🖤 And Thank you so much! 🖤

(Pretty Please Reblog 💕 Do not Repost)