Swiss Army Man is an incredibly weird but an incredibly relatable story. At least incredible and weird to me. It is made by the directors Dan Kwan and  Daniel Scheinert who have previously made the “Turn Down For What?” music video, so yeah, it’s weird. But touching. Paul Dano (Dwight from Little Miss Sunshine, the dude who took a vow of silence because he wanted to be in the air force) and Daniel Radcliffe (you fucking know who he is) The laughs start before the movie too because a special thanks was granted to KT Tuntsall (Country singer; Suddenly I See, Black Horse and a Cherry Tree). I don’t see anything directly related to her from this movie so if there is, please let me know. So before I spoil it with the story, just know that it’s a good watch, and you should watch it.

The story starts with Hamk (Paul Dano) about to kill himself. Stranded on an island, alone, about to hang himself when he spots Manny (Daniel Radcliffe), a corpse who just happened to wash upon the shore. Hank runs over to see what it is and if he needs help. He knows that he’s dead, but still checks around and makes sure that he’s dead. Manny isn’t dead. Or is he? Is Hank hallucinating? Anyway, Hank is able to use Manny like a jet ski and make a little escape from the island they’re on.

Hank finds a cave for he and Manny and then Manny scares the shit out of him by talking. Then Hank learns that he can use Manny like a Swiss Army Knife for various obstacles, and uses him to get home/ 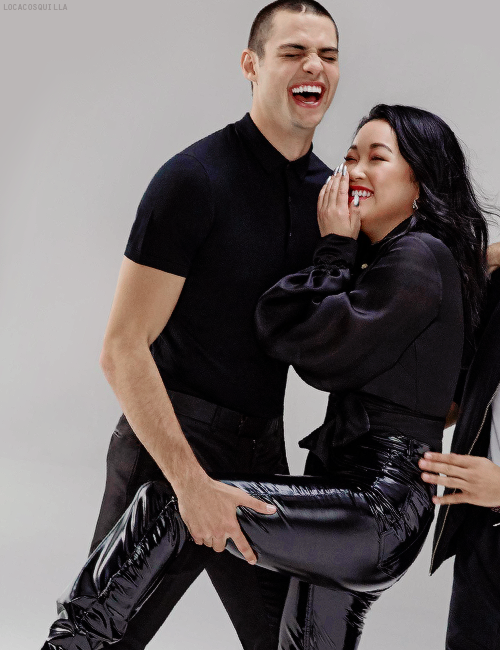 Over the years I’ve read some brilliant star wars fanfics, to the point where I have to wait for fics to update to continue. In the meantime I need to scratch that itch so I keeping looking for new stuff, finally taking the plunge to AO3 (only ever really read stuff on FF). Whilst I’ve read a few things, actually finding good fics is somewhat made a challenge because I prefer more serious fics that retain most of what makes star wars, star wars.

There isn’t much I don’t like, but, I preferably want recommendations that are fairly long which tells a good AU story from the third person.

I do not want stories that are erotica, have gender swapped characters, self inserts, characters that are completely out of character or an OC main character (unless it is solidly well written).

Two things I will absolutely love you for though, a good leia/vader story, or a very well done crossover fanfic. Beyond that, go nuts with recommendations, AUs, time-travel, that kind of stuff is what I like to read.

As the 22nd film in the overall Pokemon Universe, Mewtwo Strikes Back obviously is a big nostalgia gut-punch. A beautiful CGI-remake of the original Pokemon The First Movie, with nearly identical shots. All the Pokemon are given a full-makeover, making them not just a colour but fully-textured creatures inhabiting the world.

Throughout the movie, there are changes which can create friction with the absolute hardened fans who will want the whole thing unscathed except for the makeover, leaving us the original voice actors and script. Some of these scenes do give more credence to the film, such as the expanded scene of Mew’s discovery in the forest, showing more than the six trainers leaving the pier, also some of the fighting Mewtwo does with Giovanni. One particular shot I enjoyed was seeing an Arcanine and Nidoking being levitated and then a pan shot to show they were Gary Oak’s team (if that was in the original, I can’t remember it).

But there were three changes that didn’t vibe with me and I do not claim to know why the changes were made. And all three are from the latter half of the movie starting with:

1): Ash saying “I won’t let you.”
In the original, right after Ash declares this, a military march/fight beat picks up, initially just a snare drum, picking up a few measures later with the horns. That as a kid was such a bad-ass moment, with our hero (with whom we grew up with) walking out of the smoke with all the original Pokemon. In the remake, a horned “rising from the ashes”-type melody plays, still giving it some feel but not the same as “I’mma about to ruin your day” vibe.

2): “Brother My Brother” by Blessid Union of Souls
At the crescendo of the fight, the song “Brother My Brother” starts to play, when Ash first catches the sight of the Pokemon originals battling their clones. The song, though a strange choice because it was lyrical, was a real nerve-hitter; it really hit home what Ash felt at that moment of utter chaos and pointless fighting. It created a melancholic feel and didn’t try to glorify the violence which was even further punctuated by the fact that all the Pokemon were using literal physical moves (biting, scratching, slapping, tackling, etc). However in the 2019 version, whether it was for copyright issues or something else, removing the song felt like a let-down since not enough was there to help set up the mood of desperation and pointless violence.

3): Meowth talks with his Clone
In the 1999 version, when Meowth and his clone first encounter each other they put up their claws, both ready to dastardly fight the other. However they quickly realize they almost had a “clawful” mistake (I love that pun). The whole point of the movie is expressed right here, between a Pokemon who is (almost) framed as one of the main villains of the entire franchise and his battle-ready clone. When these two stop and simply talk, they literally give away the message of what the movie is trying to convey: what we have in common is more important than what we have different. It’s such a small enlightened moment that helped break up the sad and desperate fighting around it. Sadly in the 2019 remake, this dialogue is cut drastically short and it feels horribly blunted; the once-beautiful message is more of nuclear deterrence (“Well your claws would hurt a lot more, you know.”) It lacks the coherent simplicity of the original.

Overall, the movie was fun! After a long grueling work week, it gave me a nostalgia trip, right back down when the internet wasn’t what it is today and I had to beg my parents to let me rent this again and again. Everyone who worked on this, from the rigging, animation, sound design, voice acting, directing, they all get my thanks for making this! However, it seemed to fall short of the magical bar I had from the original. And at least for me, it wasn’t because it’s CGI instead of classic animation, none of the voice actors are the same, nor even the emotional connections I made as a kid to this movie can rarely be matched with what is being made today. It was the real stand-out moments, those charged moments that broke the pace, that made this feel just less than it did.

But Mewtwo’s speech is still undeniably one of the best.

the new movie from

the gifted directors behind

a movie that was eerie, unsettling and

the Lodge is eerie, unsettling and

proving that the Austrian duo

that builds immediately in the first half hour of the film

as we watch two siblings, played by Jaeden Martell and Lia McHugh,

about their father’s fiance

who we don’t actually meet until

THIRTY MINUTES INTO THE FILM

adding to the tension as they head to the secluded

in a strong multi layered performance that immediately spells

and so good she is alone worth the price of admission.

The movie, built on tension, atmosphere and suspense

is shrouded in mystery and to say more I would be

are ok with disturbing,

then you will want to see

Three and a half stars (out of four)