this is like a super late valentine’s day drawing with my ocs Yonaka and her lover who’s name i haven’t decided yet. 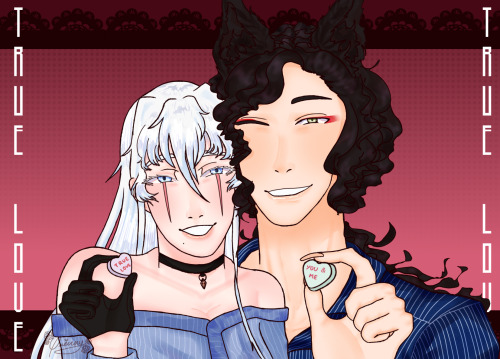 #late valentines, #my ocs are my babies, #my ocs stuff, #digital drawing
0 notes · See All
fridafgartText

It’s a she I suppose, Mossali took over with that one.

They would be really strong, since I giess it’s the power of Void, Radiance and Nightmare…

Nulisali in the mask and without the mask.

Also those two together = me kinda so X’“D

#my asks, #answers, #fusion, #Mossali, #Nulitosc, #drawing, #traditional drawing, #pencil, #my art, #traditional art, #art, #my post, #my ocs stuff, #have a nice day, #hope you like it
6 notes · See All
jemstonedartText

Decided to redo this picture digitally.

Poorly drawn and colored comic of my ocs

These are some back from 2019, specially for halloween! 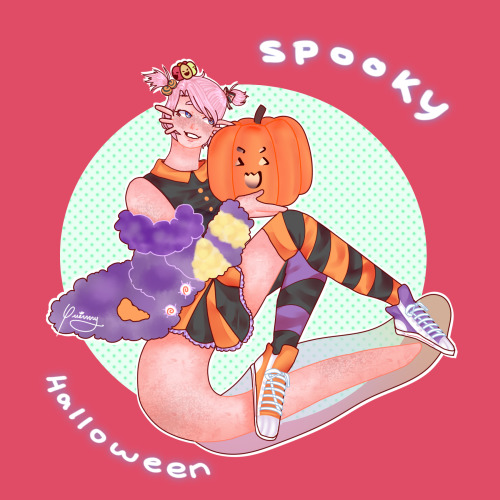 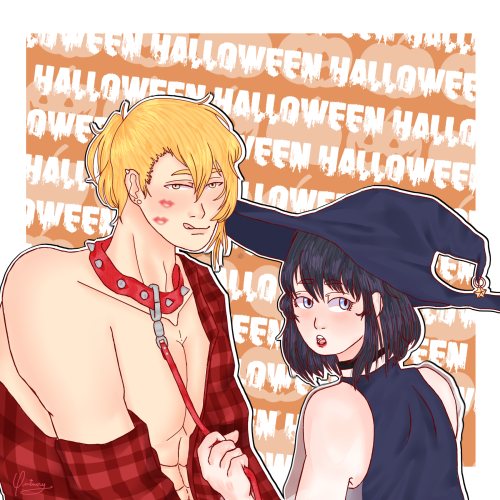 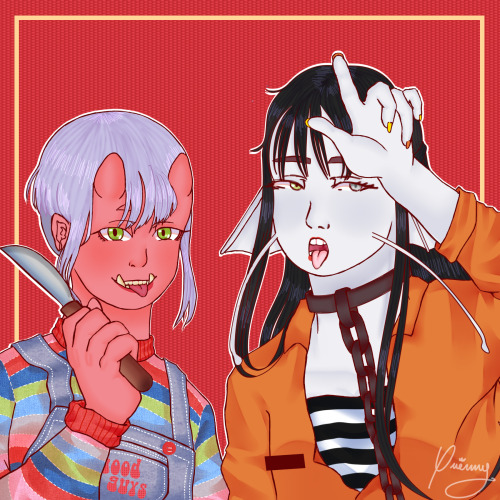 I made a Sonic Heroes team with two of my buddies. We have Team Rad, consisting of Derby the Seagull (speed), Roberta the Coyote (power), and Kai the Dragonfly (flight).

Here, they celebrate with the resistance as the war with Eggman and Infinite comes to an end before taking their leave on their next adventure.

Just wanted to draw some adorable babies. A blind man that gets easily flustered by the slightest affection his tol muscular gf shows him.

Drawing four of my girls (plus one enby),,

cuz I’m bored, plus I’ll probably end up dewing something fandom-related later, so I’ll get all the OC drawings out of my system

I’ve held back on posting this oc but I think she’s good to go. This is Rubi, she’s a dog character but I like to draw her as a person too! She’s 15 and is fabulous show dog. 🎀 She’s Chavo’s one true love. (I’ve drawn her as long as I’ve drawn Chavo lol).

From the same kingdom as Ptolema, her name is Alena!! She’s kinda dumb, so good thing she isn’t on the battlefield.

Ptolema can’t remember for the life of her how her and Alena met, but if anything happened to Alena she’d rampage

Alena is apart of an aristocratic family, so she has connections, naturally. These will come in handy later. Alena is about 5’5 and she is sitting on her balcony.

Made in Autodesk Sketchbook in 2018

The short of her character is a Shitty-Mage-for-Hire and a Warlock moonlighting as a Mage… or is it the other way around, honestly she doesn’t even know anymore.

Unless of course you count being the most repulsive attention whore ever made a talent.

Slowly but surly though her almost commitment to what ends up being an almost comically bad portrayal of a powerful Sin’dorei is breaking down. However, the question of what’s left when her denial and mal-adaptive copping is gone remains to be seen 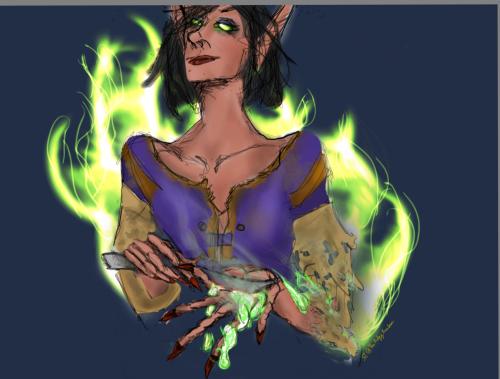 “But Tessa! 8 boys is a tiny team and illogical!! Where are your other characters?”

If anyone actually had this concern, you’re right and I love you.

I love them all so much

#ss, #sscheer, #sanders sides cheer au, #sanders sides, #thomas sanders, #cheer au, #cheerleader au, #cheerleader, #my ocs are my babies, #my ocs stuff, #ocs
2 notes · See All
rulersfromthievesChat
Lessons from the Eldest.
Ones: What is the most terrible thing you can do?
Fives: Become a dreamer. Two was.
Ones: That's how you remember him as?
Fives: I don't...but I know that's how you get killed.
Ones: Smart boy.
#mafia, #mafia roleplay, #literate roleplay, #independent roleplay, #The Seven Aces, #my ocs stuff
1 notes · See All
tatah123sthingsText

Hello Little Vampire fans, I’ve been posting some things related to this fandom and I finally decided to show one of my projects here.

For two years I have been looking, reading and analyzing several fanfictions from different sites, however, I realized that most of them were not well developed by the authors who wrote them. They seemed too generic for my taste, there were always characters with the same personalities and still some badly developed, it was frustrating me too much.

In the middle of last year (Maybe, between September and October.), An idea popped into my mind and hung on for weeks, what if I wrote / drew a fanfiction for The Little Vampire?

After a few months and weeks of drawing / writing, I come up with a draft of a fanfiction.

This fanfiction will have some OCs (Original Character.) That I ended up creating some time ago, I will explain one of them now and maybe others in other posts.

This is Rosebelle Thompson, older sister of the other children in the Thompson family.

Rosebelle is 14-15 years old, with blonde hair (which has some lighter locks than others.) With the sides of her gourd shaved and is always seen wearing a ponytail, slightly tanned skin and blue eyes that she inherited from Dottie.

The young girl is known for her difficult temper to deal with, her stubbornness and her lack of patience around people, she is described by her parents as a delinquent who is recovering.

Is she a delinquent? Well, yes. Rosebelle suffered some traumas in her childhood and ended up trusting the wrong people when she studied in one of the worst schools in her country, the young woman was for a few months in a reformatory in her hometown because of some crimes she committed.

Luckily for the young woman, she only spent two years in retirement and then was released. She never touches on the subject of her arrest with anyone, in her family few know where she really was in those two years that she was away from home, Tony is not one of them.

Moving into Scotland was a divine gift in her eyesight, since she left the reformatory, no one at her school spoke to the young woman and her former friends left her. Mainly, the young girl’s old girlfriend, Stacy.

I won’t go into details, but having your girlfriend sent to a reformatory and then discovering everything she did behind your back is not a good feeling.

Of all the members of her family, Rosebelle has more affection for Tony, or, as she calls him Sunflower Boy, Lovebird and Amore Mio.

Because sometimes your own ships are better.

I had it in mind to call this a “Happy OTP Day” Picture instead since it shows recent pairings with my and some friend’s ocs,

All in all, Happy Valentine’s Day all the same~! 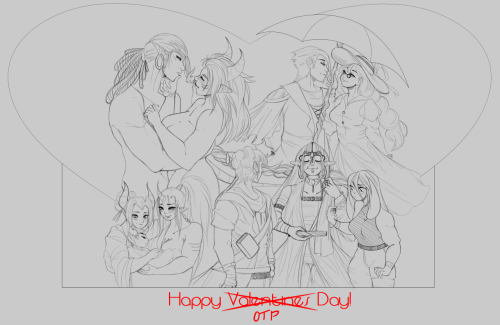 In any rpg’s type game I play I always try to make this one character.

This one character that is:

Just finished my babies a bit ago but just got the time to post them. Still working on them and yes, I’m not good at anatomy..