It’s really messy lol but I thought it was cute so why not post? Might do a clean up version later~

Okay, new theory. The clothing on the wall is examples of the clothing shapes we can put custom designs on to, at least initially, though I think we can still adjust sleeve lengths on most of them like we could before? 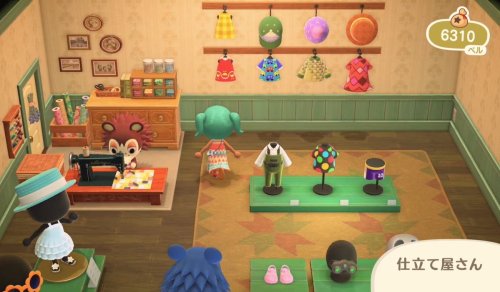 look i know you’re not here for animal crossing BUT this game got me hooked into gadget gaming. it’s been with me since i was a kid. so i gotta spill my headcanons. yes? thank you.

-Nook is a lot less stressed now he* runs a tropical island relocation centre (*Timmy and Tommy). He’s richer than ever. The changes to his speech are permanent.

-All the islanders attend legendary barbecues held by KK and Isabelle. MF’ing. Year. Round.

-KK is bi, Isabelle is a lesbian, they are wlw/mlm solidarity. I don’t take criticism.

-Brewster and Blathers formed a best friendship, bonding over the low effort they put into their jobs yet burning passion they have for them. Now they wear Hawaiian shirts and sip coffee from coconuts. Yeah buddy.

-Pavé has moved to the island! He leads the daily exercise classes on the island, encouraging with his catchphrases (his favourite is “we dance, we sway, we move with Pavé”)

-Zipper T. Bunny FINALLY got out his suit. He’s no longer trapped in it 24/7 and is thus much nicer, but still does his routine on Easter. He also no longer scares the children.

Hello! I am a Japanese girl from Japan looking for new AC friends :) Please like and/or reblog this post so that I can check out your blog! I’m especially looking for chatty people as I love reading tags and personal posts hehe. As for myself, my blog is about 90% AC and 10% Pokemon.

Also, shameless self promo. I started a small YT channel recently and you can check out my first AC related video HERE or below. I plan on posting more AC content so if you’re interested in that, I’ll really appreciate it if you can like and subscribe ^^ I’m just an awkward little potato but I really love sharing cool things/spots in Japan. (When I say small channel, I mean like SMALL.) I also really love doing giveaways (I’ve done a big one on my main tumblr blog before) so I definitely want to do something cute, Animal Crossing themed when there’s more stuff out there.

Hope we can become mutuals and play AC together in the future!

Someone add the Ring Fit avatars to Smash

#ring fit adventure, #super smash brothers, #Nintendo
1 notes · See All
steenastudioAnswer
Lucianna!! What’s the most terrifying scene you had to be apart of! I mean, you must go through so much dangerous stuff, correct?

Lucianna: Oh sure! But the most terrifying? Hmm, well it would have to be the scene where Morty wanted me to reenact the female character who gets captured by the big monkey ontop of the Empire State building. While normally I wouldn’t mind it, because it reminded me so much of home, I was absolutely petrified of the height that I had to be at. After what happened to me, heights and I are no longer the best of friends. I know I’m already dead now so it doesn’t particularly matter anymore but I’m still afraid of potentially falling. Thankfully Morty understands so now those scenes are limited.

When you are considering that now would be the perfect time to go and buy the amiibo cards of your favorite animal crossing characters, but you realize that all your money will be spend on the new switch… 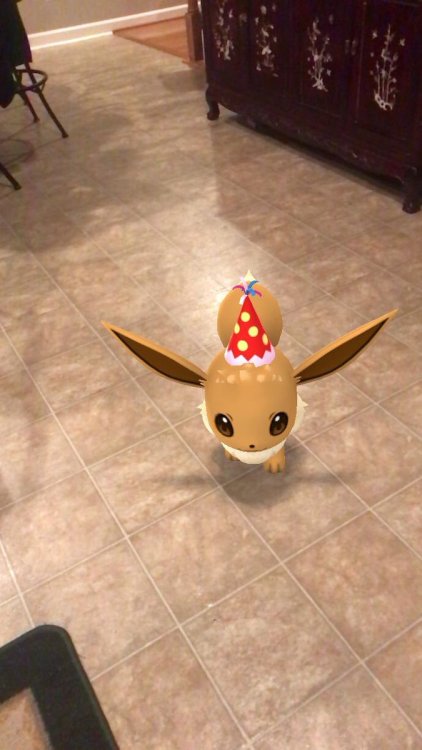 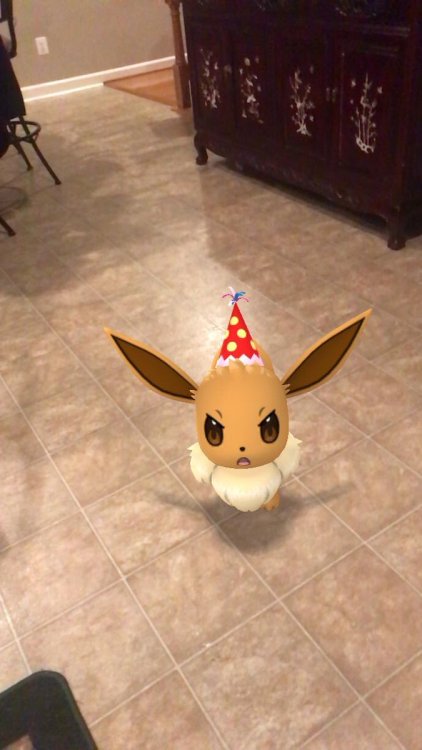 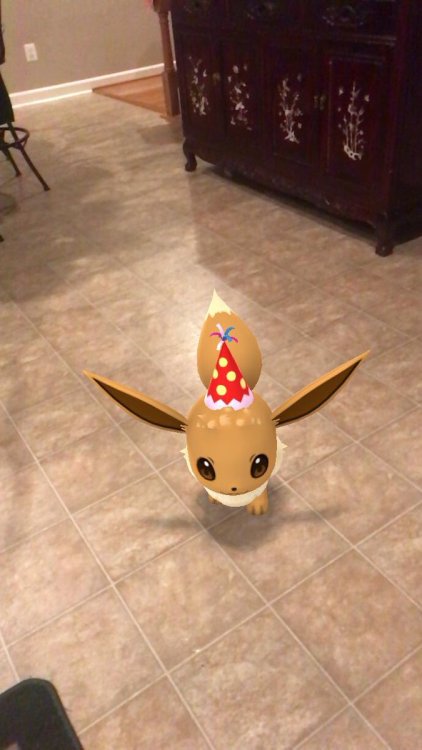 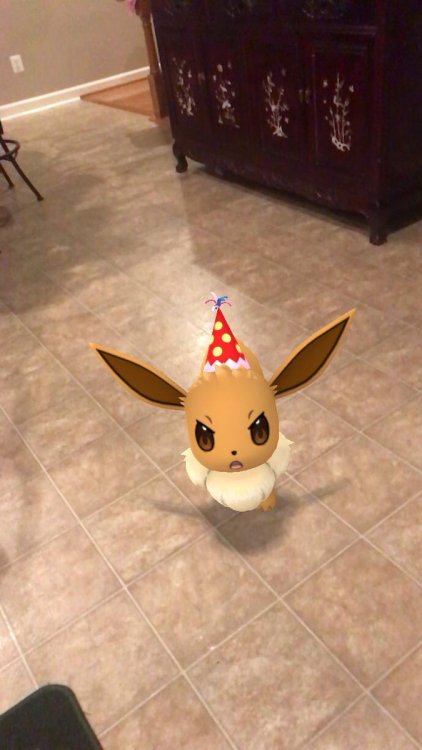 When I saw that Japan was selling these Animal Crossing chocolate eggs I had to get my hands on them!! I was able to find some in a 7/11 that I stopped in, but I really wanted to get a bunch so I ordered a pack of 10! I already got Peanut and Rosie in the two chocolate eggs I bought at 7/11, so in total I have only 2 sets of doubles! (Two Peanuts and two Goldies.) This was fun and nostalgic for me since I had loved Kinder Egg Surprises as a kid, and I am so excited for the new Animal Crossing. 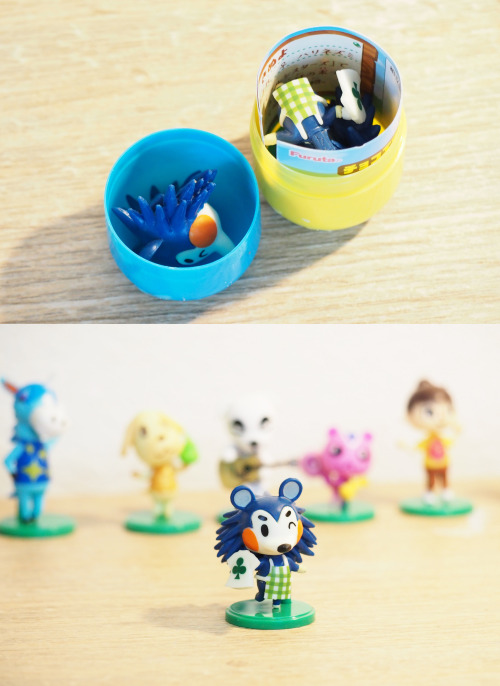 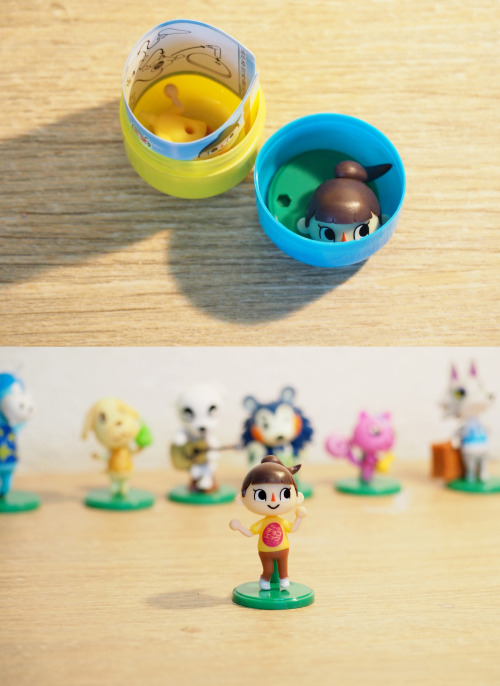 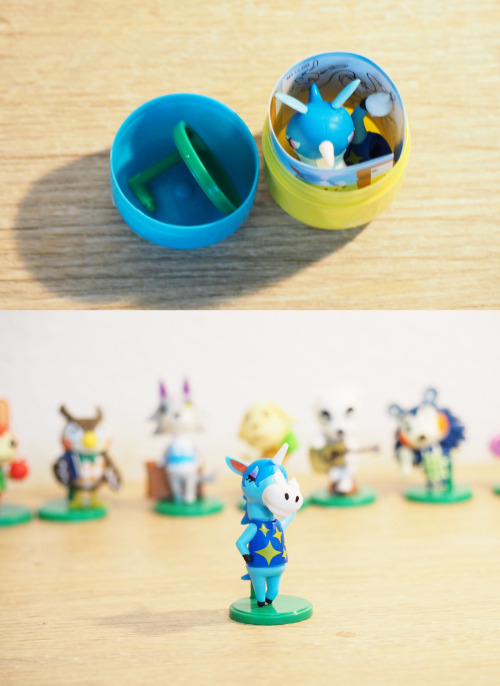 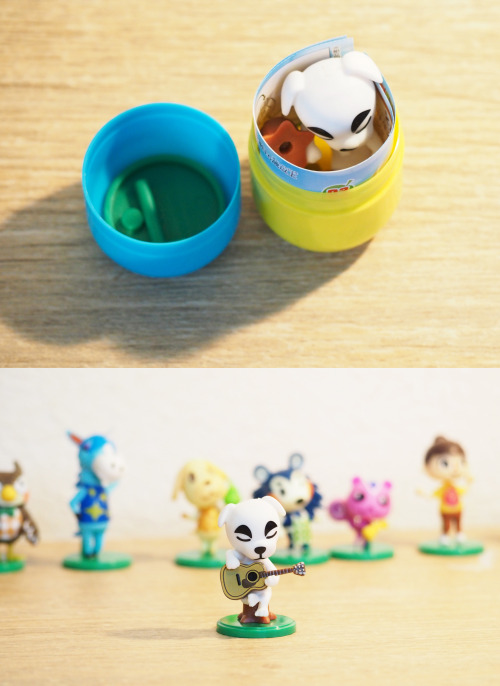 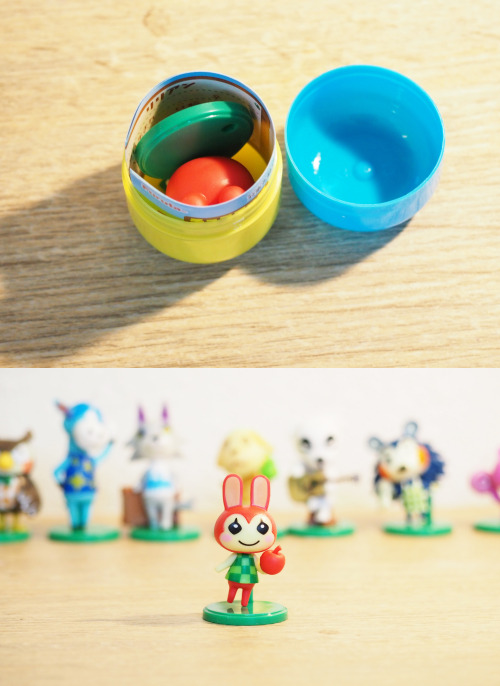 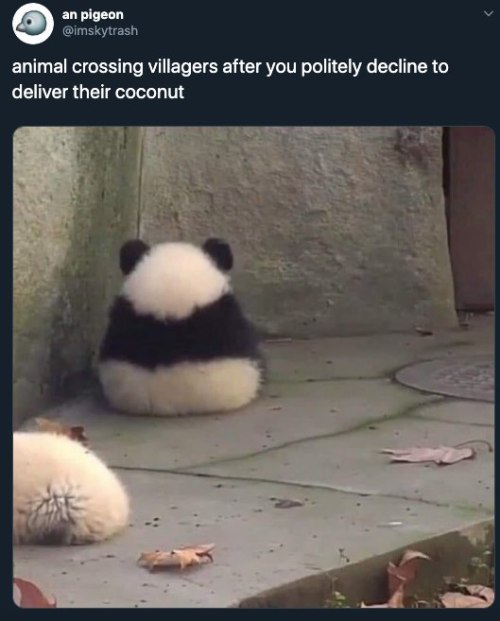 Made some doodles of my friend’s OC!!