“Deep Work: Rules for Focused Success in a Distracted World” by Cal Newport.

I modified the principles outlined in this chapter to fit the FITT (Frequency, Intensity, Type, Timing) principle often used in physical fitness regimes as it is something that I am more familiar with due to my occupation as a physical therapist. Helps me to remember better.

“Deep Work: Rules for Focused Success in a Distracted World” by Cal Newport.

i’ve started annotating my notes in a different colour to my actual notes and it super duper helpful!! (ft. margin scribbles)

You asked for real studyblr photos and I’m providing 😤

hi! here are some biology notes about the nervous system and neurons, hope you like them! do you prefer biology or chemistry? i personally cannot decide, they’re both extremely fascinating to me✨

I finally got my SLR back, and after pretty much convincing myself I’d failed I actually got a distinction! Which means I’ve managed a distinction overall for the first module of my masters degree. So now I’m incredibly happy, and motivated to move on to the first essay of my next module, focussing on the ventromedial prefrontal cortex. There’s a few different viewpoints, so I’m very much enjoying the colour coding here.

“It was too early to tell what was happening. I told myself from the beginning this was a no strings fling, but today marks the end and I feel strings stronger than ever. Sheets rustled and my heart beats louder. I cursed myself for starting something I couldn’t handle.”

~endless pages from my journal // nervousoutcome

i can understand why we need it… but still — WHY

there was a moment last year though where I went to a friend’s wedding and this was at the peak of my depression regarding my failed relationships. I felt pathetic, unlovable and secretly envious of the fact that I was one of the few in my friend group to be having this problem. So to be attending a wedding - the antithesis of unlovability; a public declaration of care & devotion! - I worried this would only amplify that sense of loneliness and inadequacy for me. Not that I wasn’t happy for my friends. It’s just that I was hurting. But you know what? the sheer joy of that experience and being present for it really enlightened me to an understanding around being inspired by other people’s happiness instead of jealous… Knowing that I can feel that sort of sincerity is something I want to hold on to.

I think that, in moments of envy, it’s important to say, This person isn’t “perfect.” Good things weren’t just “handed to them.” I shouldn’t think of other people as “better than me” and give into false resentment towards myself. They DESERVE good things. They worked hard to be where they are!! Their path wouldn’t work for me anyway cause we’re different people! It’s not all or nothing - there’s no shortage of happiness or love or resources that I lose access to as a result of someone else finding their own. Success has so many faces. I haven’t lost anything. There is still so much to gain. I can learn something new about what happiness looks like. I can ready myself and prepare for what it will take to be my best. I am equally deserving. Equally capable. It is important to be patient. Sincerity is the only way through. I can make my own peace. 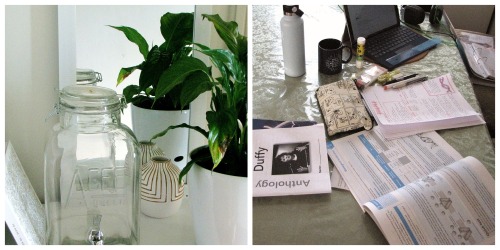 I keep trying to make my notes look nice but it never seems to work out.

Today is going to be a home session. Home sessions are something I have really struggled with earlier, so I thought I would share some tips that have helped me stay more focused during these kinds of sessions.

Personally, I like to have some background sounds, when studying - therefore I tend to use youtube platforms such as ChilledCow, Chillhop Music or the Jazz Hop Café, who - in my opinion - makes the best playlists for studying.

Another thing I really like to do is to watch one of those “study with me” videos, where you - in real-time - follow the YouTuber’s study session and that has “tricked me” into having a single sit for over 1 hour straight, which is normally impossible, so if I has to get a lot of reading done, this is my go-to option. My fave videos on youtube are made by TheStrive Studies and Studydelicious.

Another important thing  > Snacks or no snacks?

I am a BIG snacker - like really big. Therefore I’ve always been used to take a snack with me when studying, but recently I have found that the snacks are more disturbing to my study-process, that I have realized before. For that reason, I don’t really bring snacks with me anymore when going in for a good, intense study-session. One thing I do though is to have some sort of drink with me. This could be ice water, coffee, ice coffee, a soda or some juice. I wouldn’t really recommend drinking soda during study-time, but it can be helpful if it’s really late on the day and you just need those pages to be read in a hurry.

Lastly > Notes or no notes?

This one is a bit of a struggle for me, b/c sometimes I get a lot out of writing notes during reading - other times if the subject is really difficult I tend to just read since the notetaking is taking some of the focus away. But I do find that notes are a big help during those finals, so if the subject is very difficult or advanced, I tend to make a deep read, where I read slowly and get the full meaning of everything and then go over it again, now writing some good notes, highlighting, etc.

How do you guys study? I really wanna hear your single best tip for a good home study session. 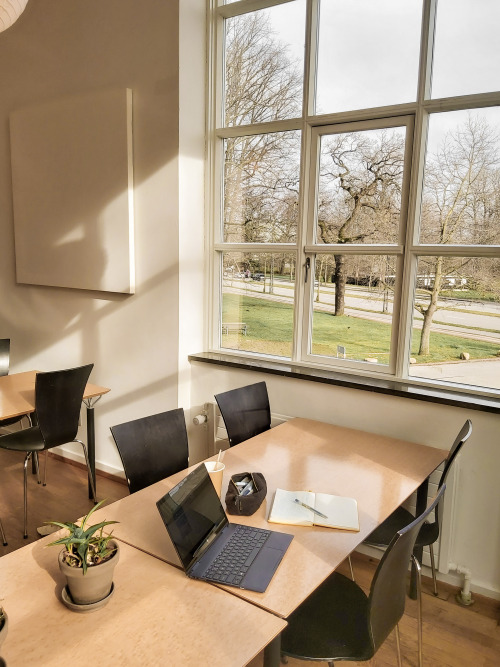 Longggg to do list this weekend: group project deliverables, midterms, and individual papers

I will be posting my to do list and pictures of the work I have to do tomorrow :)

Hope you’re all having a lovely week!! I plan on posting an article within the next week :)

Anyone else joining me in AP Calc BC? I’m extremely nervous!

forgot to post dj facts on his birthday oops

He is pink goth, baby.

He has a temper, but he’s gotten calmer as he aged.

His hair is way too long, but he’s emotionally attached to it and refuses to cut more that split ends.

He has a wonderful singing voice. He is also eerily good at imitations. He has a large vocal range and abuses this power often.

Despite being negative and skeptical about romance, he is in a long term, committed relationship.

He also enjoys cooking and is very good at it.

He’s very philanthropic. All the earings he gets from his music(as well as his own money) is immediately donated to charity.

He has a very weak immune system, and gets sick easily and often. This often inconveniences both him and his doctor (ghoul)

He was born on Christmas eve. Despite liking the holiday season, he hates cold weather.

He can control shadows. That’s pretty neat, I think.

Generally a grumpy guy, always. (Unless you’re ghoul). He curses a lot.

He has a tattoo (I forgot what it was tho)

He has an exceptional memory, but only when it comes to things pertaining to music. He can dissect, memorize, and play any song he hears.

So.. this week was honestly tough because I lost motivation to draw anything. Even if I did draw something, it was somewhat forced. But I found that motivation again- but.. I’m not gonna open anymore projects.

The ones I’m planning on going back to work on are:

I’m just gonna cut down on making ocs outside of distancetale and- if i do have a new idea, imma just force myself to write it down and leave it at that. fjsadklag

this is biggest self note.