Todoroki and the dog gang 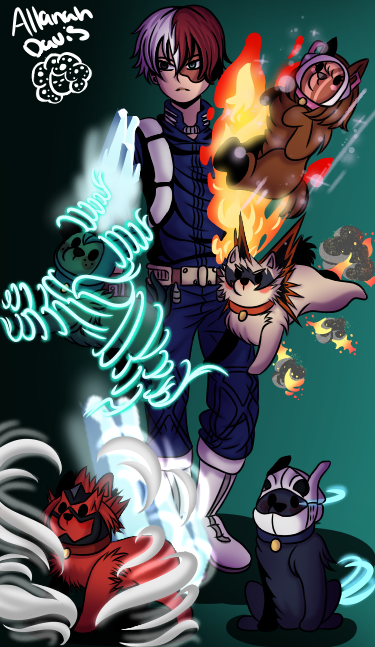 ohhh, my friend, you’ve given me so much liberty… let’s hope it doesn’t go down in flames! I think I’m in the mood for fluff with this pairing so here goes.

It was a fairly cold winter evening, and Bakugou Katsuki was incredibly grateful there was no need for him to step outside today. Heroes didn’t technically get ‘days off,’ but he hadn’t been needed for any meetings and it seemed that the city had become cold enough to keep the villains inside for the time being. A gentle snowfall had come through the night before and now there was a decent blanket of white coating the world around him. Katsuki hated to admit it made him feel… warm. inside. A quiet day, a warm house, the opportunity to relax. All that was missing was…

BANG. Katsuki flinched at the sound of the front door crashing into the wall. SLAM. Aaand it shut just as loudly. Feeling the wall behind him tremble, he considered that perhaps he should teach his lover to be a little gentler with the house they were supposed to leave in one piece.

“KaaaatsuKIIIII!” A distressed voice carried into the living room, making the man in question jump from the couch. “Baby?” His voice was soft as he jogged over to the usually bubbly girl who was now slouched in the entryway. “Baby, what happened?” Kneeling beside her, he reached over to move a lock of chestnut  hair from her face. To his relief, it wasn’t a pained expression that emerged, but a very pouty one. Ochaco looked at him with the most pitiful face she could muster and whined “I’m cooooooooldddd.”

“Fucking,, I thought you were in trouble, ‘Chako! Don’t do that shit to me!” Despite his profanity, Katsuki’s face displayed a look of amusement and he leaned forward to scoop the girl into his arms. “But you called the right man for the job if you’re really that cold.” He tossed her, giggling, onto the couch and helped her peel off her coat. Without warning, he leapt onto the cushions with her, ignoring the frightened squeal that tore from her throat. “Katsuki, what the hell? You’re supposed to help me warm up, not crush me!” The brunette’s harried cries went unanswered as large hands wrapped around her body and pulled her flush against a broad chest. Katsuki enveloped her smaller form in his own, hugging her tight and pressing light kisses to her neck. “I missed you, Round Face.” He muttered, using the nickname that had stuck around since middle school. She struggled to turn over to face him and then planted a smooch on his lips. “I missed you too, stupid.” Ouch. Sometimes Katsuki forgot how much his mannerisms had rubbed off on the girl, taking him by surprise with profanity and insults now and again. He had to laugh, pulling her head back down to kiss her again. She was warm and sweet, everything you’d expect her to be. Moving to give herself a little more leverage, she pressed herself into his chest as if she could get any closer than she was already. “Kats..” She sighed into the kiss, letting go of the stress from her workday. There really was nothing better than a good snuggle with the one you loved. Feeling his legs wrap around her own, she laughed and pulled away. “Not so fast, goofy. I want food.”

“Well, you’re gonna have to fight me first!” His arms dropped to her sides and he dug his fingers in, tickling her while holding tight with his legs. Thrashing, she rolled onto her side and pushed against him, managing to fall off the couch. “Not so fast!” He came tumbling after her and wrapped her up, rolling the two of them across the carpeted floor laughing. “Say it. Say it!” Katsuki teased as the girl below him screeched and flopped around in his grasp. “You’re not going to escape! Say it!!!” With a concentrated, stubborn look on her face, Ochaco only thrashed harder. Unfortunately, this only made it easier for Katsuki to pin her to the floor, immobile. “SAY. IT.”

“Fine!!! Uncle! Uncle, uncle, uncle!!!” She shouted, gasping for air after laughing so hard her sides hurt. She had to take a moment after Katsuki got up to catch her breath, eventually rolling over and glaring at him as he stood a few feet away. “No dinner for you, I suppose~” he taunted in singsong. She popped up from the floor to chase him as he walked to the kitchen. Jumping onto his back, she gave a sad whimper at the thought of going hungry (not that she thought Katsuki would ever actually deny her food). “I’m just kidding, baby.” Holding her up, he turned his head around to look at her. “I want to live to see tomorrow. The beast must be fed.” She giggled at that, knowing he was well aware of how grouchy she could be if she didn’t eat. “You’re gonna have to get down if you want me to dish food, though.” She made to hop down from his back, but he held fast. “One more thing.”

With a grin, his sweetheart hummed in satisfaction and pressed a kiss to his lips. She really was lucky to have this boy, wasn’t she?

SOOOO I have no idea what the japanese version of uncle might be or if they even do anything like it but I really just started with “I’m cold” and ran with it. I’m not incredibly confident abt it but hey!! I hope u like it! Thank u for requesting! <3

hands u tsuchako before i go to sleep 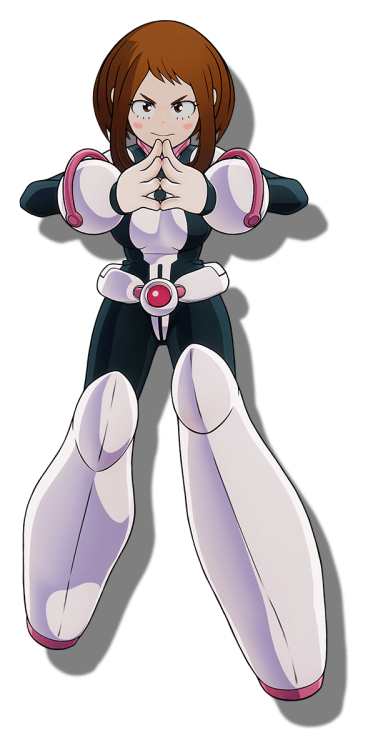 I am pretty excited for this movie, especially with Hawks being introduced, plus the villains look pretty interesting. I hope I get a chance to watch this in theaters!

Hmm… let me take a look.

Ok, here is my answer: Oh, she doesn’t care about me…

-Uraraka from My Hero Academia

*pictures aren’t mine, I found them on the internet and put them in this template I made inspired by the Instagram, just for fun. If you know the cosplayers or are one of them, tell me so I can tag them.* 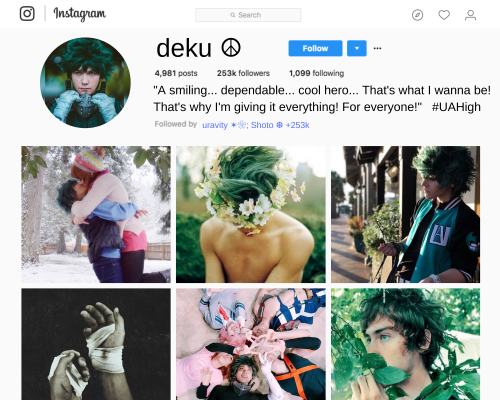 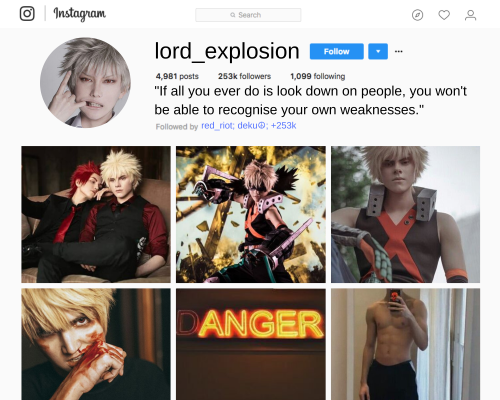 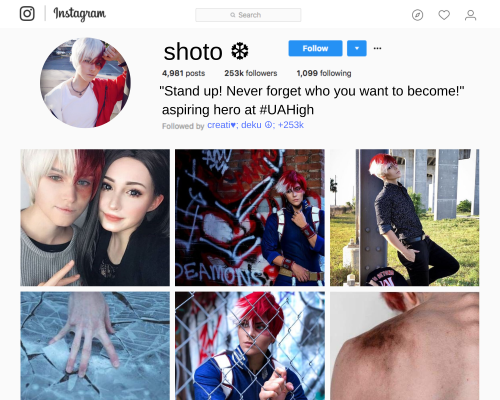 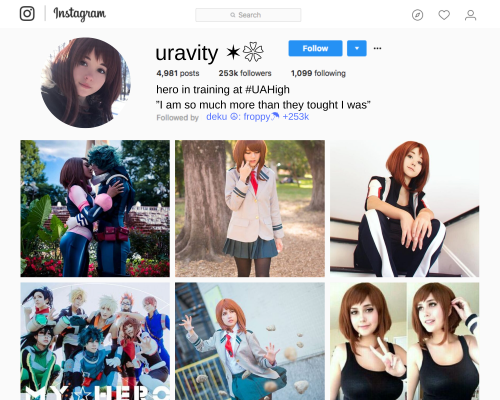 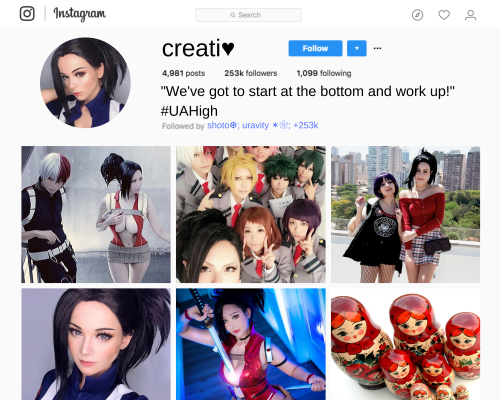 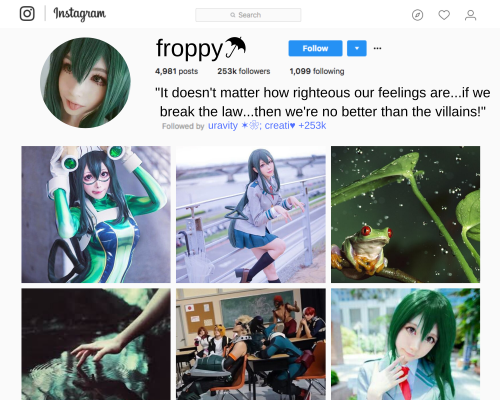