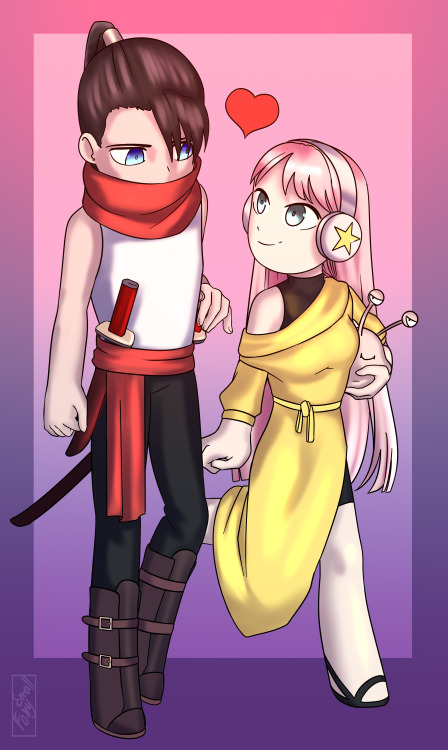 #every katakuri, #Charlotte Katakuri, #charlotte smoothie, #one piece, #chapter 862, #whole cake island
0 notes · See All
random-fandom-scenariosAnswer
Excuse me! I would like to ask for a scenario of katakuri(op) falling in love with a giant women that is his high. Maybe she is new to Tottoland and didn't knew about big mama's past because her family is nomade, so they didn't keep in touch, asking bug mama to live there and she asking the parents to marry her son so they could live in luxury. (Sorry if it's too specifc, btw I'm loving all of the stories I'm reading from your page!❤ keep up the awesome work!!!❤❤❤❤)

thanks boo.  hope this is what you wanted, I got a little lost trying to figure out your request.

Katakuri new Big Mom wouldn’t deny him his request.  He was one of her eldest and rarely asked for anything.  Still, he was a little nervous.  Only she and a couple others actually new about you and your relationship with him.

Knocking on her door before entering, he took a seat on the couch in her waiting room.  “So what is this about?” she asked, several trays of sweets piled high around her.  “Is this about that girl of yours?”

“It is,” Katakuri said.  “I want to marry her and I want to know if you would be willing to bring her family into ours.”

Big Mom stopped, the pastry inches from her mouth, a grin forming.  “I was wondering when you would finally settle down, child.”

“Is that a yes?” Katakuri asked.

“Of course, tell her to bring her family here, they can live on the island.  We need to start planning the wedding.”

“Nonsense,” Big Mom said.  “Since when has our family ever done anything in moderation?”

“It’s a yes,” Katakuri said, grabbing your hands and kissing your palms.  “She said to write to your family, they can come to live here and we need to start planning the wedding.”

You grinned, throwing your hands around his neck and hugging him.  “I’m so excited.”

#one piece, #one piece scenario, #katakuri
1 notes · See All
misc-headcanonsAnswer
Hello there, Can I get Kid liking girl who's strong and Independent (XD) whenever Kid tries help her in difficult situation she always deal with it first before He could do something. Leaving him speechless all the time he's with her. Thank you ｡◕‿◕｡

Catch me melting into a puddle on the ground Everytime a fanfic has Roci referring Law as “his boy” “his son” or just generally his and turns full on parental mode being protective to the boy. Bonus point is Law was being a little shit as usual and Roci is half exasperated half resign (and sometimes amused). 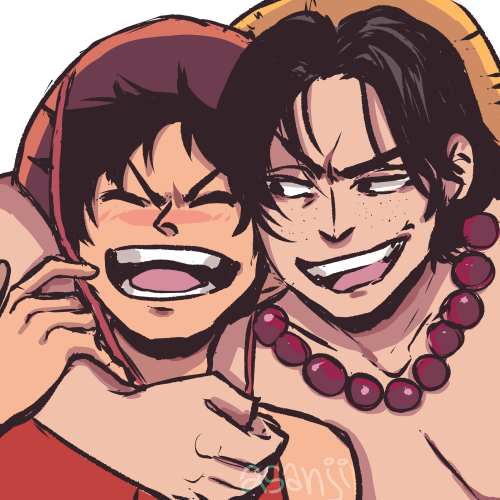 So I bought a labeling machine and now I am putting stupid labels everywhere.

I am considering doing labels with the names of my favourites animes characters. Damn me.

Luffy’s nickname for Smoker will never stop being stupid cute to me, to be honest. He calls him ケムリン/kemurin, which is just… cute?? It’s a play on the Japanese word for smoke (煙/kemuri) but with the n sound, which is a fairly common name-ending sound, added onto the end.

I’ve subconsciously drawn him in my grandpa’s vest. 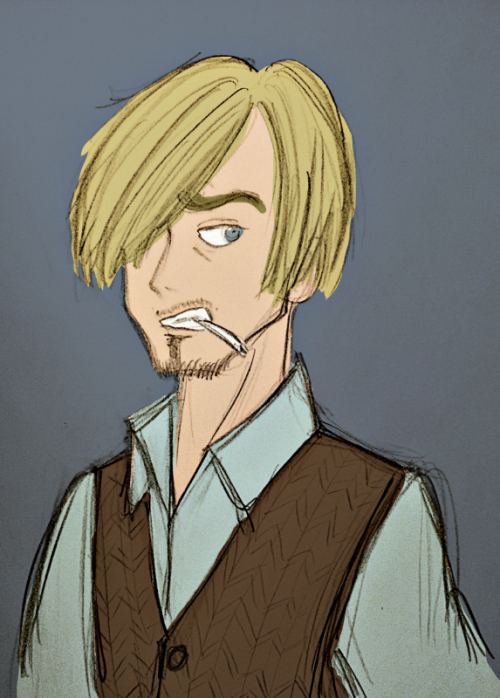 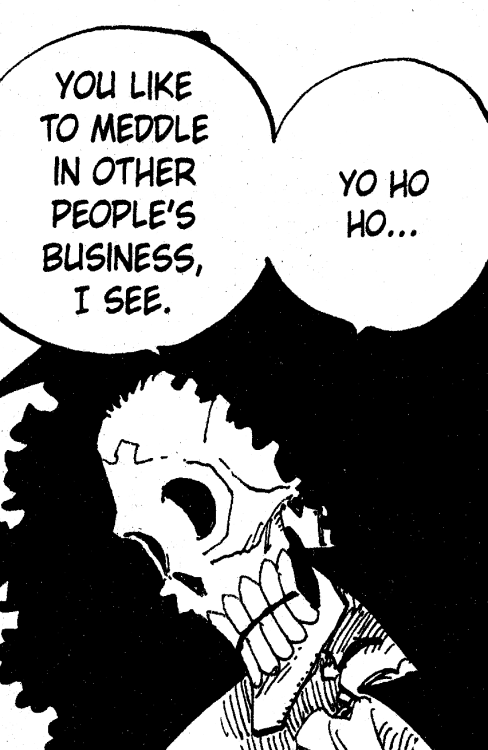 May do a short change for Dahlia (again LOL) But after the Marriage event, peeps seemed to really Like Marine Dahlia! So send questions in for Rear Admiral Dahlia!!

Hey guys! So I have one request left while I’ll try and have up tomorrow! And I was wondering if you had any ideas for a 1000 follower event.

Or just a request event youd like to see?

…I was not expecting to actually get any asks.  Thank you so much!

13) Who is your least favourite character to write for? Why?

Ouch, go for the hard questions why don’t you :P  I can’t really name a single character because I write so many different fandoms (some of which with a huge cast) but my least favourite type of character to write are the straightforward kinda dumb ones.  An example would be someone like Luffy, from One Piece, I guess?  Although Luffy does have that other part of him that’s easier to delve into and I have written him on occasion and enjoyed it.  It’s just the characters that jump straight into things, don’t think things through, just plain don’t think.

It’s just too hard to get into the head of a character that doesn’t seem to think!

18) Do you have any abandoned WIP’s? What made you abandon them?

Many.  Many, many, many.  They get abandoned for various reasons - I fall out of love with the plot, I just can’t get the words to work properly and it’s not coming out the way I want it to, more canon info comes out and renders them too AU for my liking…  So many reasons to ditch WIPs.  I have 10-word WIPs and I have 50k word WIPs, and while many of them I have categorised as ‘on the backburner’, chances are I’ll never touch many of them again.

19) Are there any stories that you’ve written that you’d really love to do a sequel to?

I have a few with planned sequels… which will eventually happen.  Hopefully.

The Combat School (Harry Potter/D.Gray-Man) is slated to get a sequel which is currently tentatively named Black Phoenix, but I’m waiting for more DGM canon (preferably the manga to finish) before I start to work on that in earnest.

Uboku Koroshi-ya (Naruto) is less getting a sequel and more being turned into a snapshot-type multichap.  I have another few chapters written already but it’s not a high priority right now.

I’d also love to expand on Bedtime (Should Not Be 4am) (Thunderbirds) with some next-day fallout and reactions.  Nothing’s written yet but I have ideas, helped by the fact I wrote it literally last Saturday so it’s still in my head!

There’s a part-written addition to Hope (Thunderbirds) as well, but it’s doing the thing I mentioned in the previous question and refusing to flow properly so whether or not that’ll ever come to something is up in the air.

Hero (Thunderbirds) also has scope for a sequel which would be fun to do, but that’s got no planning or anything at the moment, just a off-hand fancy.

That’s all for complete fics, but Uchiha Itachi (Naruto) also has an entire series planned, if I ever actually finish it.

20) Are there any stories that you wished you’d ended differently?

Honestly endings (alongside beginnings) are my nemesis, and finding somewhere to actually stop fics in a good place is tough, especially as I find myself most often writing oneshots reacting to a moment in canon so there’s no real over-arching plot as such.

None of my recent fics are standing out in my mind, though, mainly because I still can’t think of a better ending for them.  Unwanted (Naruto) was my first-ever fic, and I feel like that shows badly.  I’ve considered rewriting it on occasion, but honestly I find it so cringe-worthy now I don’t think I could, so it stays on my AO3/FFN accounts alongside my other 2009-2010 messes as a reminder of how much I’ve (hopefully) improved.

Thank you so much for the ask, anon!  If there’s anything else you or anyone else wants to know - either from the prompt list or just in general, my askbox is always open!

Even with how frustrating it feels to draw the whole body, Franky is such an expressive character that I’ve been having so much fun just drawing him

#thank you oda for this man, #one piece, #ramblings, #franky, #ill show what I made when I get home, #just wanna draw some more frankos
2 notes · See All
hellbent-senpaiText

If you don’t think luffy hasn’t had any character development throughout one piece your obtuse and I will fight you. 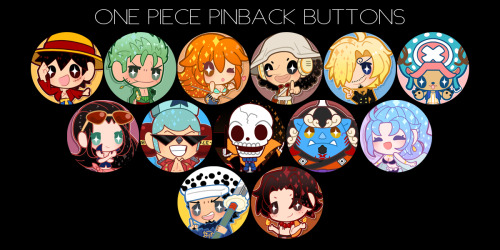