What met me as soon as I got out of the shower. I found that the translation was “Maaaaaa, Midnight’s in my room!” #cat #orangecat #creamciclecat #loudmouthcat
https://www.instagram.com/p/B73S7UhFewR/?igshid=1iqqvoaxow3hw

came home the other day to persistant cat meowing but not from my cat. turns out this orange boi was under my house (have to figure out how the hell he managed that). took him to the kitsap humane society to find out he isn’t chipped but is neutered. hopefully they can find his family if he is lost or find him a new one if not. he is very sweet and did not claw or bite when i put him in the carrier.

i would like to ask the universe to stop sending those in need of rescue after 4pm - the humane society closes then and my cat gets very upset when we have overnight guests of the feline variety. any time before 4pm is just fine.

Tumblr, let me introduce you to my cat. This is Pi. Pi is literally one of my favorite beings on this planet. The amount of cute shit this cat does is unreal and I want to share some of it with you.

First of all, that little cheetah print string on a stick is his new favorite thing. He carries it around the house with him and will drop it near us if he wants to play.

Pi also has a green string that he likes to play fetch with. The other day boyfriend and I left the house for two minutes to put out the recycles and garbage. We come back up the stairs and hear Pi crying. He’s a very vocal cat. We open the door and in the maybe 3 minutes we were outside, Pi brought the green string to the door and waited for us. He does this on a regular basis.

Pi has a basket of toys in the family room. He will occasionally go and pick one out in the middle of the night and bring it into our bed.

Pi has a fascination with hair ties. If I set a hair tie down ANYWHERE in the house, he will find it and he will take it if he’s able.

Pi almost always wakes us up in the morning. He knows when our alarms go off and he’s usually 5 minutes ahead of them.

In conclusion, my cat is the purest being I’ve ever met and I would actually die for him. He has an Instagram too @pi_theorangecat. Thanks for coming to my Ted Talk

Good morning from this glorious Dude. 🧡 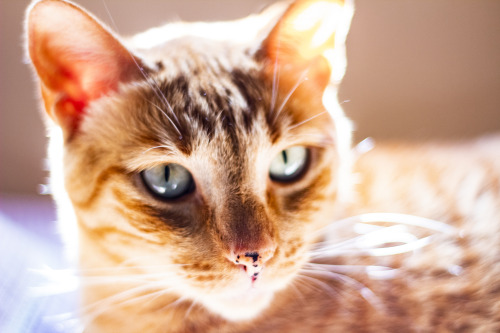 Everyone admire my gorgeous cat thank you 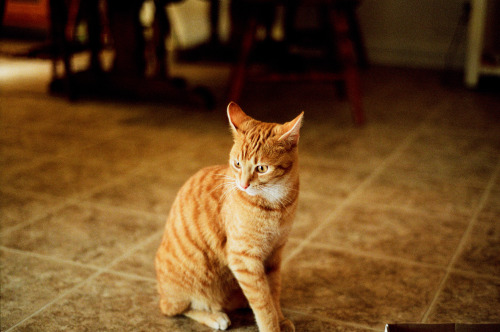 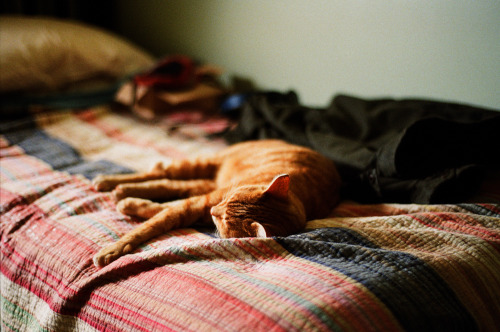 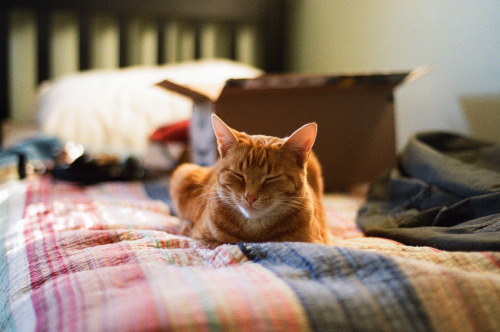 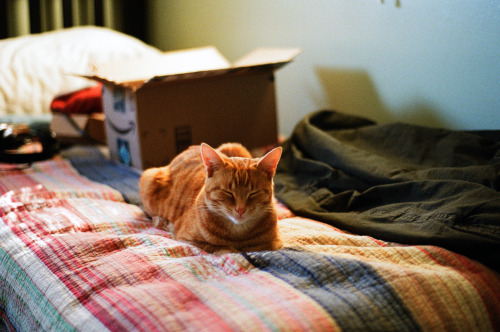 For just $22.49
This cute little big green eyed Kitty is happy to hold your flowers for you! Lovely fabric yellow large black eyed susans, white gerber daisies and other colors. This would look great in a kitchen or entry way, and on a table on a covered patio. The size, including flowers is….. 7 ½" tall, 6" long, and about 5 ¼" wide. 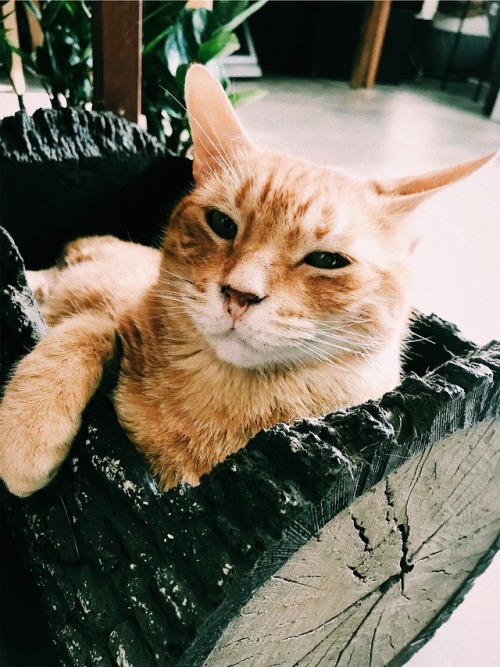