‪Aw look at my lil brat…

She is strong, loving, & so beautiful.. She is my world, even on the worse of my days, she can melt all my worries away.. She can be a handful but I love her so much. She’ll always be my baby & that will never change.

May God always be with you when I’m not around. You complete me ♡

“The power - the real power is with these people. They’re the ones that keep you afloat. And they have kept me afloat for a long, long time…” - Johnny Depp, February 21, 2020 at Berlin International Film Festival.

“You know when you’re as long in the tooth as I am and you’ve been around this sort of thing as I have for a number of years, you don’t get used to it. And I think if you do I think you should worry. You know, I’ve never been a great attention hog but the fact that these people come here re-insures the fact that I’ve always believed which is that it’s not the billionaires involved, it ain’t the studios involved, it ain’t all that. The power, the real power is with these people. They’re the ones that keep you afloat. And they have kept me afloat for a long, long time. I’m just hoping I’m going to have enough time to ask them all why?“ - Johnny Depp, February 21. 2020

That’s why we f*cking love this man. He IS NOT in this business to be the most recognizable, or the one with a huge fanbase and millions of followers on his social media, or for the money, fame and indications to an award. He IS NOT that type of actor who goes for a premiere thinking in how the tabloids will talk about him or how much the fans will scream his name, buy his products or raise his fame to be called for the next blockbuster movie.
He is not there for his own image, he is there for the human touch, to spread happiness, to make somebody’s life a little better just by a handshake or an eye contact…
We all know how he still feels a little awkward with all this attention upon him. Even with more than 30 years of career he still not used to it, but he does his best for his fans. And we can see by his behavior; his shyness, the way he touch his lips as he tries to hide a shy smile, and the way he nods to his fans with his head followed by placing his hand on his heart…
The respect he has to give attention to each one who were there for hours, taking photos, selfies, signing (although unfortunately some will be sold on internet few hours later for a huge value), the way he tries to attend the until the last one fan be touched, even being pushed by his bodyguards to prevent him to be late (I thing even Jerry Judge must be in spirit on his side during these moments), it’s something amazing, and something REALLY hard to see in nowadays.
THIS is why I, and I bet ALL of his fans, are we him for all these years.
That’s why we are, and always will be, with you Johnny Depp.

ALL MY RESPECT FOR THIS AMAZING HUMAN BEING!

(via “Dear me: I see what you’re doing your best & I’m proud of you ” iPhone Case & Cover by fill14sketchboo | Redbubble) So, I jut want to write down, I break down my third wall on Saturday!

The first was I participated in a running race in January ♡ The second is I ate lunch with my colleagues at my workplace ♡ And the third wall is I was in the swimming pool on Saturday. ♡

I was very afraid of undressing in front of others, and I’m not a good swimmer either, but I had to do it to know that fear and anxiety couldn’t get in my way. It’s about my life! I want to live a happy, courageous life, and now I have to take the first steps, to be proud, calm and confident later! Fucking fucking hard but I-have-to-do.

I had uncomfortable moments. For example, when a dad kept staring at me from the stand while I was walking by the pool. Or when I saw pretty women. Or when I couldn’t look in the mirror in the dressing room … but I felt really good in the water! When I was in the pool, I only looked at myself: my breathing, my movements, my technique, the smell of water, the lights.

The point is that I have mixed feelings, but the training has left me with a positive memory. I would like to confirm this experience in myself. So I decided to swim every week!

I need some cuddling 🥂🌹❤️

okay it’s not mtl but i’m proud of this regardless hehe
me, my hot hispanic bf and cold canadian wifey 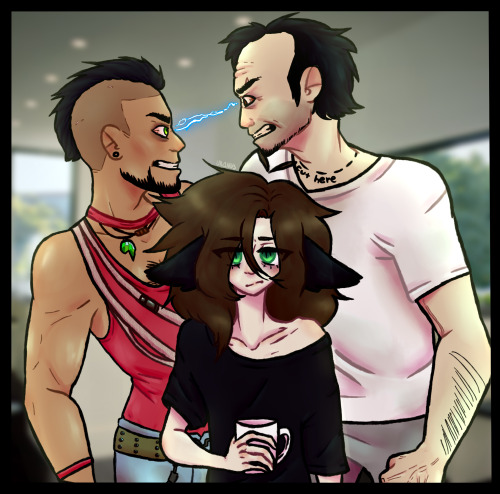 I was at a friend’s birthday party yesterday. I went a little over, but still very safely within range, so I’m not even m'n mad about it. I skipped the cake 😊

Took a stab at digital art, any criticism welcome. Don’t be too harsh 🙈

Gosh, I couldn’t feel more proud of my people…😌

The Indian government should look into the issue of lack of ambulance services in the country. And this guy should be given more support.