If you look long enough into the void, the void begins to look back through you.

Draco Malfoy will never be able to hold anything for long. Constant crucios over 3 years has damaged his nerves.Voldemort was most displeased with his inability to finish his task, the Carrow’s annoyed with his refusal to torture students for their detentions. His hands shake and shiver, nerves constantly shaking with invisible, imaginary pain that stopped years ago. He yells in frustration as his shaking body repeatedly clinks his teacup loudly against its saucer, another futile attempt to keep his hands steady, and smashes it against the floor, a thousand white shards glittering against the black tile.

Harry Potter breaks down every time he gets a headache. Hand clapping to his forehead as the pain sets on, muttering to himself that ‘hes not back.’ ‘I killed him.’ ‘Its over’ as he scans the room; flinching at too pale skin, hand twitching towards his wand as brown eyes reflect red in the flickering, fluorescent light. The cold tile beneath his fingers grounds him as he tries to convince himself that he’s okay. The feeling that some part of him died that day in the forest, surrendering before Voldemort’s wand never leaves, the hollow feeling leaving an aching, painful hole in its wake.

Ron Weasley finds himself scanning rooms over and over again. Planning exit strategies and ways to take out everyone in the room in order to escape. He imagines everyone as an enemy in disguise, subconsciously moving people like chess pieces and picking his small flat, not because it was cheap or because the neighborhood was good (its dismal really) but because it had the best strategic advantage in regards to the city and places around him, in order to hide in case of attacks. He once again comes to his senses after a nightmare and sighs as he realizes that in his delirium he once again had filled pages upon pages of his notebook with battle tactics and the floor plans of places hes been and fought (Hogwarts, the Ministry, the Burrow…). He rips them out and adds them to a growing folder before making a cup of tea.

Hermione Granger finds herself hording food, slipping apples into pockets and bread into her purse. She comes home to find herself with pockets of tarts and a bag of crackers, handfuls of berries slipped between pages of paperwork and cereal bars snuck into file folders. The months of hiding and foraging have made her paranoid and hyper aware of how much food she’ll need to get through the day. She’ll find herself counting calories and balancing proteins, carbs and fats before she can stop herself and measuring how much she eats, intuitively leaving some over for Harry and Ron, forgetting that they are no longer on the run, having to ration food.

Luna is no longer as carefree and dreamy as she was. Her creatures turn from whimsical and delicate to horrifying. Claws and teeth grow to protect and attack. She won’t leave the house for days, wandering around inside with closed eyes to avoid Blibbering Humdingers who now have poisonous spines and Nargles with razor teeth, her mind having twisted them from cures for loneliness to share with her father, to weapons of destruction to protect her from the outside world. They are real enough to her that she convinces herself they’ve locked her inside her house and won’t let her leave, she thinks they’ve kidnapped and hurt her friends because ‘It’s  to protect you’ ‘They are spies’ ‘It’s not real Luna’ ‘They only want to hurt you’. The whispers follow everywhere and consume her, dragging her into the void. It’s when she locks Hermione in her basement under the influence of her broken mind, twisted by false images and under the guise of Hermione being someone else using polyjuice, that she gets a room in the Janus Thickney ward of St Mungos. She has moments of clarity but they are few and far between. her mind crumbled, her spirit broken, a twisted shadow of the young, bright girl who hummed happily as she waltzed barefoot through the halls.

Dennis Creevey perpetually has a broken, cracked, dirty camera on a shelf in his bedroom, never to be touched.

Percy Weasley takes to straight vodka and tequila out of the bottle because his guilt over Fred.

Kreacher forever wears a cracked and blood stained locket till the day he dies.

Teddy Lupin spends hours staring at pictures of his parents, shifting into one or the other or trying for the perfect mixture of both, never getting it quite right.

Minerva McGonnagal finds a dusty box under Severus Snape’s bed filled with cracked records; a flaky leather jacket; old Polaroids of a girl with a head of flames and eyes of shattered emerald, smiling, arms wrapped tight around a boy with inky hair and sharp, onyx eyes; a fractured glass figurine of a lily lying carefully on top of the pile; folded within an old letter. She sobs over a life spent hating and being hated as she pats the scratched lacquer on a string-less bass guitar

There will always be an empty seat at many tables all over the country as people mourn lives lost unfairly.

You can take people out of the war, but can you take the war out of people?

Why do my ears ring?

Why cant I sleep?

What if a storm comes?

Why isnt there anything good on tv?

I hope my kids are ok?

How long is mom going to have to suffer?

Would it be easier to not be around?

When does life become a time of simple pleasures?

A look into a moment in my head. Today happens to be a good day, I can actually focus on some thoughts. And yes its literally a moment in time.

*gets to bed earlier than usual*

fantastic, now I can have a breakdown and still get a good amount of sleep :)

To get to play the new Zelda game, and any others released after it. - Also to complete my collection of every Zelda game! – Guest Submission

The reviews have been exceptional.  Don’t miss your opportunity to read this wonderful story.  "Through a prism of war, betrayal, and the search for salvation, Letters takes you on a deep dive into several core human struggles that we can all relate to: love, loss, self-worth, and the search for meaning.“  Available at cathyschaffer.com or amazon.com 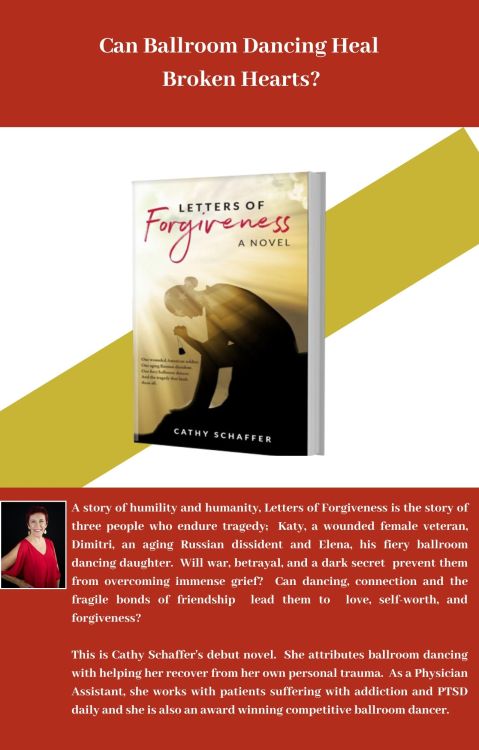 “Unlike other forms of psychological disorders, the core issue in trauma is reality.”

Depression hit me so hard I feel paralyzed rn

#depression, #anxiety, #bipolar, #ptsd
21 notes · See All
chronicallybloggedQuote
My therapist in regards to cutting contact with an abuser
#cptsd, #ptsd, #actuallydid, #dissociative identity disorder, #this is from my new therapist!
5 notes · See All
justseveralowlsText

I know you are trying.
You are doing your best, and that is enough
It won’t always feel like this
I believe you
You are more than your past
You are strong
You are lovable

You are capable
You are so much more than you can see
You are allowed to feel
There is still hope
You are still you, and if you don’t know who that is yet that is okay too

I was really struggling with my trauma thoughts and flashbacks today, so I thought I would post some reassurance for anyone who needs them too. We are stronger than we feel, we can heal, we can get better, we can reclaim ourselves. We are not alone, and in that we can find strength.

Keep fighting, you are loved.

The tide is rising…

things people have told me about my scars 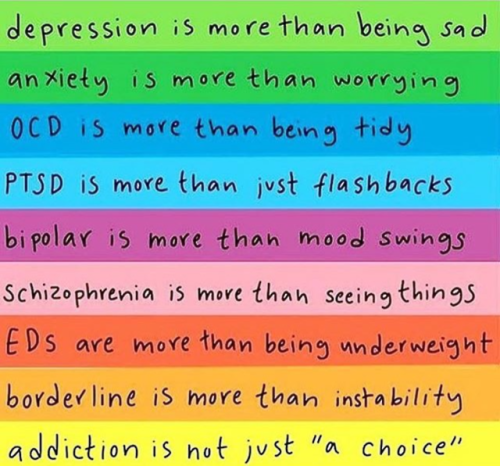 #mental health awareness, #depression, #anxiety, #ocd, #ptsd, #schizophrenia, #bipolar, #ed, #borderline, #addiction, #stop stigmatizing, #mental illness, #it's okay, #you are not a problem, #you are not a burden
77 notes · See All
parasitichoneyText

23 years old with an apartment of my own i never thought i’d
leave my city behind the one that gave me strength, hardened me like
no other then gobbled me from the inside, spat my core out like bitter benzos on my tongue that’s how i know it’s real baby i don’t have to do
what you tell me to so why do i feel trapped? i can leave, i can leave
but i’m gonna feel the chill of living in the same place, same space,
your behavior would let you live
until the day i leave the city i love
and maybe i’ll go back
when you’re old
when i’m older
when you won’t
be standing in my way