You went back to work, Pippin is triggered about cookies, and you gotta play mediator.

IMAGINE: Kili seeing you in a nightgown and starts flirting with you wanting to see you blush but becomes the blushing one when you start flirting and seducing him.

IMAGINE: Singing a lullaby to the company to help them fall asleep and killi falling in love with your voice. From then each time you would sing he would come and lay on your lap to hear your voice much closer.

Quotes From the Daughter’s of Justice:

IMAGINE: Comforting Kili by placing his head on your chest so he could hear your heart beat and petting his head softly.

IMAGINE: Kili getting mad at you and you try to apologise to him by kissing his cheeks and neck.

Okay, so he was kinda getting it. Maybe not as much—definitely not as easily—as the other saiyans had when they first started getting situated with the less war-torn climate of Earth, but what mattered most was that he was making an effort to fit in.

And it wasn’t like he had started a fight (did sending a guy into a nearly comatose state with a single punch count as a fight?) for the thrill of it either…after being harassed by a creep for the past half-hour, it was only natural he’d come to you defense and go with his natural instincts; surely that had to count for something, right?

At least that guy isn’t buried six under, you snorted darkly, sparing a glance at the grumbling saiyan who was still obviously peeved by the events at the convenient store; the vein growing on the side of his head, you noted, seemed to bulge dangerously with every vindictive threat spilling from his lips.

“I’ll kill that bastard next time…break his neck and make remember my name for the rest of his worthless life…ooh, if he were with me right now—!”

“Don’t squeeze the bags too hard. That’s our dinner for tonight.”

He shot you a glare that would’ve made any grown man piss himself on the spot in return, but upon noting that you hadn’t meant for it to come across as anything but a gentle reminder, turned away with a huff and muttered something or another about not being stupid enough to destroy such important commodities.

this fucking book is going to end me how can anything be this real and still be so beautiful.

IMAGINE: Having to deal with Kili every night due to him always wanting to cuddle with you ; having trouble sleeping due to his lips nibbling and sucking at your neck.

#Kili x reader, #Kili, #dwarf, #The company, #the hobbit, #middle earth, #reader
4 notes · See All
scenariosofcapsulecorpAnswer
Your blog is a breath of fresh air for me ! there is not much blog on dragon ball x reader on tumblr, May I have a drabble with trunks + "girlfriend", please ?

If anyone actually took the chance to do a once-over on him, really studied his features and calculated the extent of his strange habits, then they would’ve easily seen the true cause of his subdued behavior written all over his face.

Long fingers tapping absentmindedly against the table, a small smile graced Trunks’ features when the tell-tale buzzing of his phone indicated to him the receiving of a message, and, after shooting a glance at his surroundings and finding everyone else distracted, went about answering it discreetly on his lap.

Okay, it wasn’t like he was trying to hide it per se, but he wasn’t exactly willing to just blurt it out when his family—and to that extent the rest of the people in this room—had absolutely no concept of the societal norm and had the collective energy of a five year old on a sugar high when it came to meeting new people (sans his father and Piccolo).

The demi-saiyan chuckled at your response, eyes dimming just the slightest when a part of him dared to ask again, even when he already had the answer set firmly in his head: should he stop beating around the bush and just…present you to everyone while the world was still living in a time of peace?

Nah, he dismissed easily as he slipped his phone back in his pocket and gave a sarcastic remark to Goten’s innocent observation of Yamcha’s attempt at flirting with one of Capsule Corp.’s servers…he’d like to keep you to himself for a little while longer.

IMAGINE: Thranduil purposely kissing your neck in front of Thorin to put him in rage. 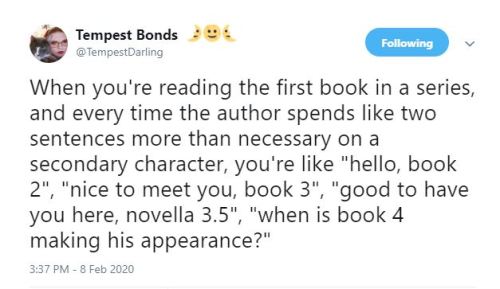 “Hiiii ~ What kind of kisses the Espadas do like better? Eskimo kiss? French kiss? Kiss on the hand or on the cheek?“

Honestly, I think they’d all like just about any affection you could give them XD

-He likes kisses along his throat while the two of you are cuddling. The vulnerability mixed with the affection relaxes him in no time.

-She likes soft, simple kisses on her cheek best. Nothing too intense or over-the-top; just a small form of affection that makes it very clear she’s loved.

-He’ll never, never admit it, but forehead kisses get to him a lot. There’s something about the tenderness of it that makes him weirdly calm.

-While affection always does make him a little bit uncomfortable, kisses on his hands make him feel weak… in a way that somehow isn’t unpleasant.

-A simple kiss on the lips is plenty good for him. It’s a blatantly human form of affection that always makes him feel special to you and loved.

-Cheek kisses are so tender that they fluster him every time. Such obvious, tender affection is something that’s hard for him to understand.

-When he’s in his true form, when the twin heads that make up his mask are exposed, kisses to those two are what gets to him the most every time.