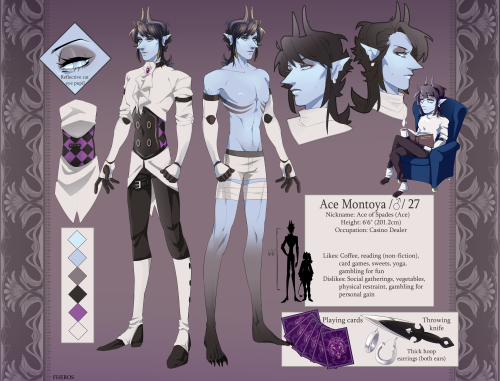 a ref of Kiri, aka the oc I used for my DTIYS. didn’t have exactly the right colors with me, but this is pretty close. she has other outfits, but this is the one from the dtiys.

A reference sheet commission for @duneythehyena ! 🐯🌱

Look who has a reference sheet now!!

Made Five into a mer-shape thing, cuz I thought it was cute, based his designed off a betta fish.

Nicknames: Pretty fishy (Used only by Opal and his lover,), Fancy-fin (Used by  his close servant and his brothers on rare occasions)

Kind and shy with a strong tail and fancy fins, Five is quite the desired fish. He’s the heir to the throne of his kingdom, and has four biological siblings plus Opal, a friend so close she basically became his sister. Five is very fond, if not attracted, to shiny or glowing objects and has a large collection of pearls, coins, bio-luminescent things and other trinkets. He’s nervous around almost all shapes unless he knows them really well, but no matter who he talks to, he always has a bit of a stutter to his voice. Five is also scared of the dark and usually finds himself in the deep dark parts of the ocean one way or another, usually chasing a trinket he dropped. He did find a light in the darkness on one of his trips, and fell for a certain angler fish- unfortunately not a lot of shape are fond of that…

~ He’s very small, most average or ‘small’ shapes have at least a couple inches of height difference on him.

~ Five hates being called nicknames by shapes he doesn’t know very well, but he won’t admit it.

~ Five loves small gifts, even if its just an hour of quality time with someone. 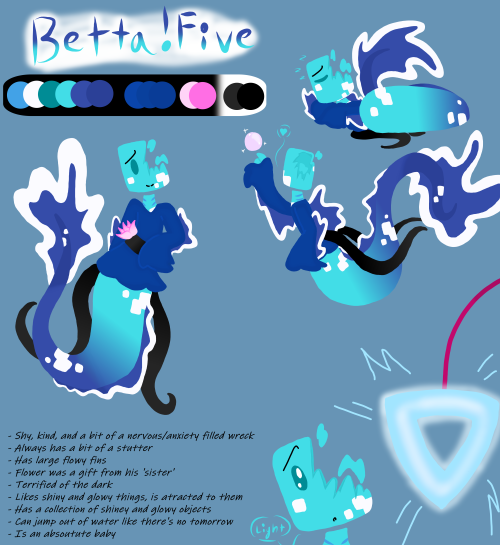 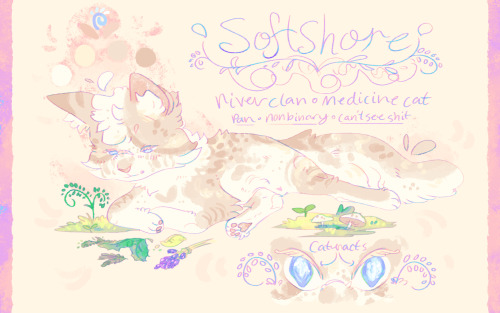 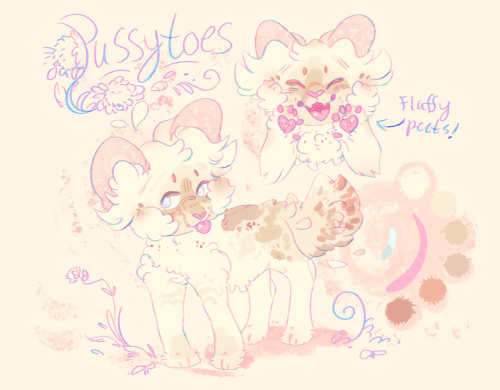 New annual reference sheet for my Fursona, Lunch. This thing took me way longer to draw than I’d like to admit. (18 days). I really don’t like doing these but ya gotta do it! XD;;

Not what my Pig Destroyer shirt looks like but there’s no way I’m drawing Robojack every time. 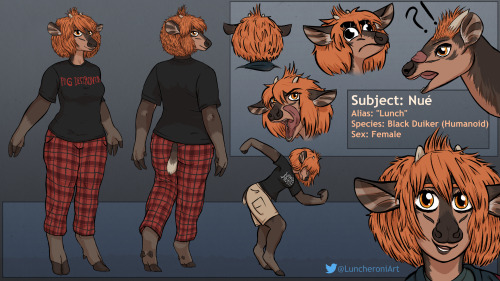 Underwear version of my new ref sheet for Lunch. Better for seeing the patterns. These chonies are actually based on the boyshorts and bralettes from
MeUndies Only the finest MicroModal® for this butt XD 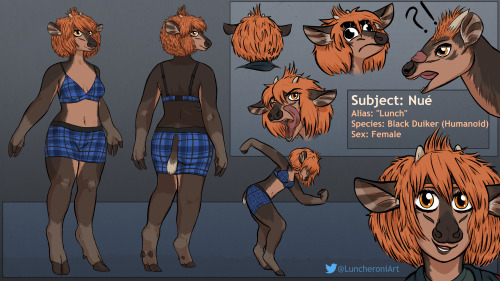 New annual reference sheet for my Fursona, Lunch. This thing took me way longer to draw than I’d like to admit. (18 days). I really don’t like doing these but ya gotta do it! XD;; 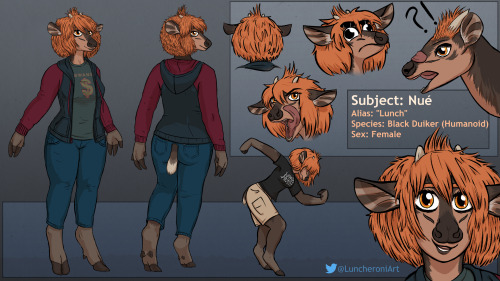 I still need to work out my other witch Iris tho..

I’m still working on her but you can read more about her on toyhou.se

Main sona, btw 🥺 @soolakringel made her for me and I made the ref sheet msbxksb

Meet Orpheus, He lures people into his forest to hunt and toy with them. Also my first time using paint tool Sai. :) 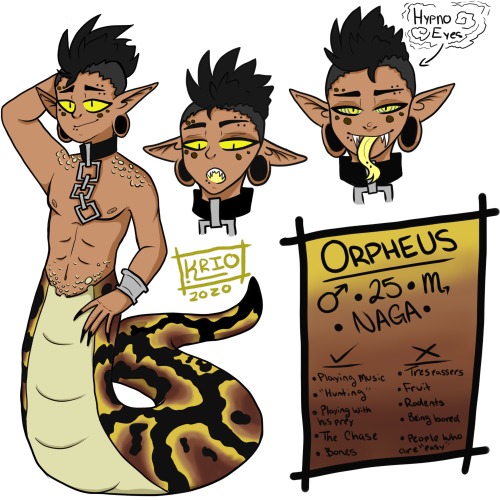 You Are A Slug 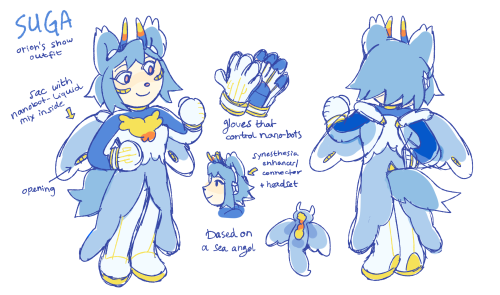 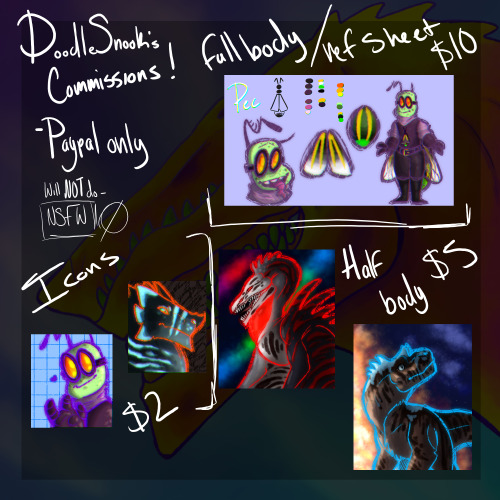 finally got around to drawing my sona uwu

except the goat he can stay hes a good boy 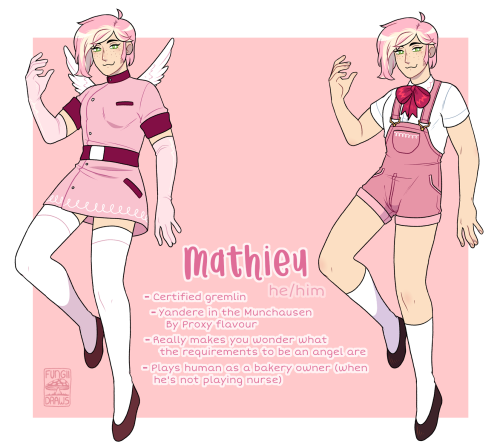 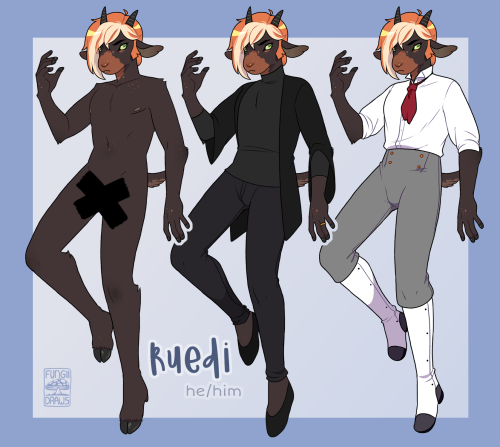 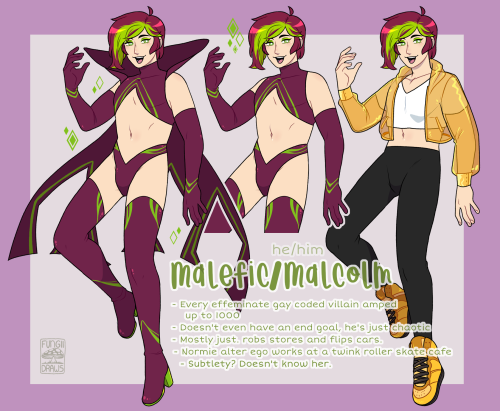 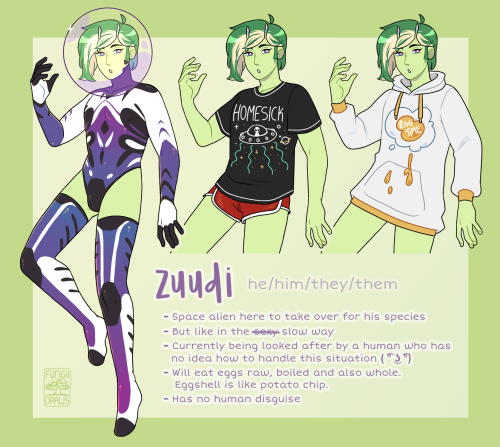 i made ref of me 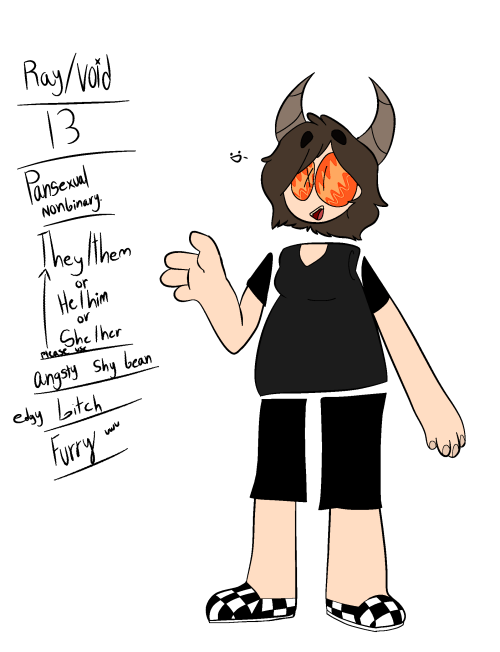 Finally- after a whole damn week of rearanging, sketching and drawing its finally done-

This is an extended Senemocija ref sheet, finally with some lore too

Everything is explained in the ref sheets, but if you have more questions please ask me before making one!

Thank you for everyone who made a senemocija so far, it means a lot to me to know so many people are interested! Thats why I will keep working on this passion project and I will keep updating it! Remember, you guys are the one making it happen