doctor: you have one minute left to live

“keep laughing or she’ll kill us” 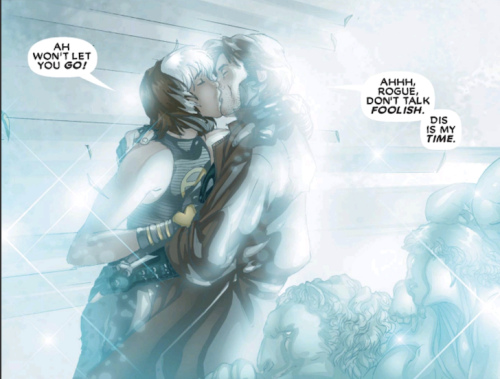 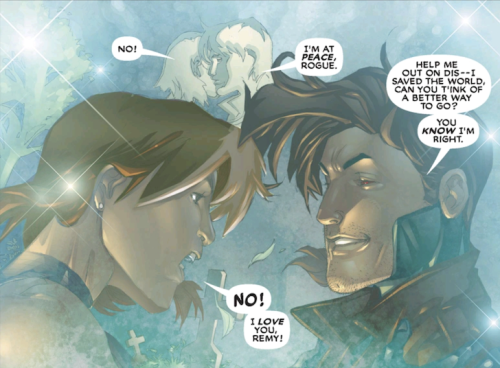 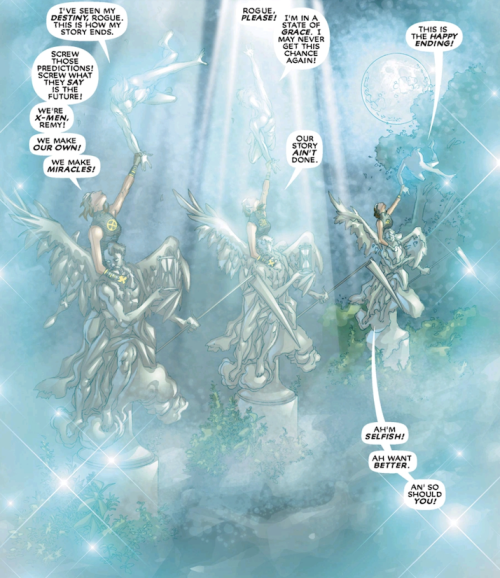 being afraid of commitment

Deep X-Men conversations between @justanotherwannabeclassic and myself:

Me: Remy would love people confusing him with Ratatouille
Shea: YES
Shea: “Not my favorite Pixar movie but still good”
Me: HE WOULD MAKE THE RAT HIS PROFILE PICTURE
Shea: omg he would

#gambit, #remy lebeau, #marvel, #but actually tho, #x men, #don't lie he would do this
11 notes · See All
fareeehaAnswer
Gambish

And they say romance is dead

#gambish, #remy lebeau, #lucas bishop, #that tweet cracks me up every time. thats them, #gambit
139 notes · See All
doritossssText

remy with a red bandana is something special

Pairing and prompt done for @seleneaduial​

the x-men really pull no punches 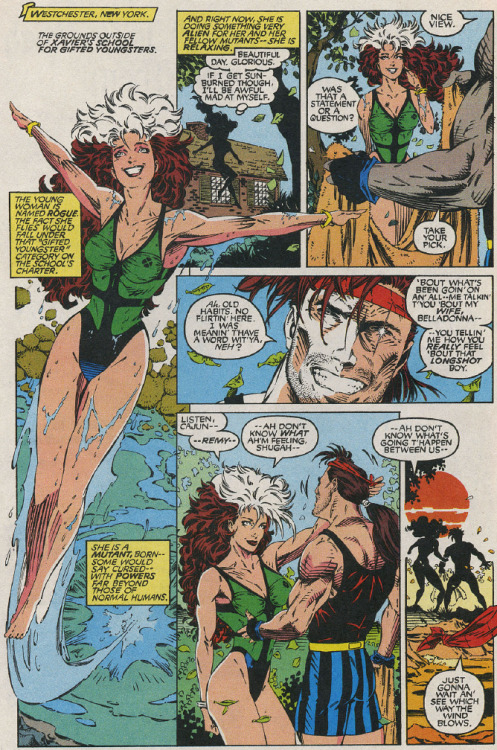 Gambit takes 52 Pickup to the next level. 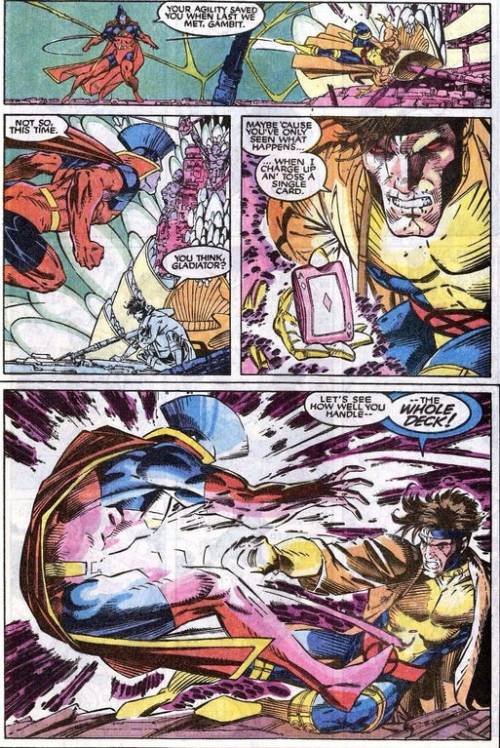 Alright, time to get a bit ranty.

I think Gambit needs more awesome and badass moments. Now I don’t mean him fending off hoards of duplicates of himself and Rogue, like from the comic Rogue and Gambit 4&5 (2018), I’m more talking about feats and fucking awesome moments.

The one I like most was in the Jim Lee era(of course it is) and it’s the infamous finish to the Gambit vs Gladiator fight, in Uncanny X-men #276.

When I saw this moment I literally fanboyed all over my fucking screen it was unbelievable that the fact that Gambit beat fucking Gladiator in a 1v1 fight.

Admittedly, he lost the next fight vs Gladiator but that moment was fucking awesome to behold!

I believe that the community has a lot more examples to give of badass Gambit moments, but I think we need more!

His run as the horseman of Death was kinda lackluster, however it was very cool and ballsy of gambit to do, and just seeing him getting his ass beat—fucking twice by the way— by the x-men was not really fun to see. Yeah, bad guys have to lose, but as a total gambit fan I didn’t get their reasoning of not letting him have 1 victory as he can literally kill any creature that breaths by filling their lungs with toxic gas. Fuck, he threatened Apocalypse by doing so!

There’s reason for why he didn’t do it, however. It’s cause gambit is still within Death’s subconscious, and he won’t harm the x-men. But they missed a totally cool chance to make him seem actually invincible and a threat to be reckoned with if they let him win!

This whole rant is kinda useless, but I think that with Rogue’s plentiful moments of total fucking badassery, I think her husband is getting less of those cool and breathtaking moments.

In my opinion he’s often written kind of poorly, keyword often: Kelly Thompson always wrote him great, and that his Excalibur’s performance is just: Grumpy. And that’s not Gambit, cause gambit’s smart enough to know that punching Apocalypse is a bad fucking idea, regardless of how much kinetic energy is in the mix.

Excalibur’s gambit isn’t what I think the Ragin’ Cajun really is, but this is not a rant about Excalibur. I think that he should have more cool, badass moments to give him not only the title of ‘Rogue’s Husband’ and ‘owner of big dick’ but also ‘Certified Badass’, amongst other titles.

I really want to see Remy’s awesome powers come through with this next run of Excalibur, and for him to have more personality other than ‘Loving Rogue’ and ‘Grumpy’.

I just want him to be as cool as he is in my head, you know? Pardon the rant, it’s over now. 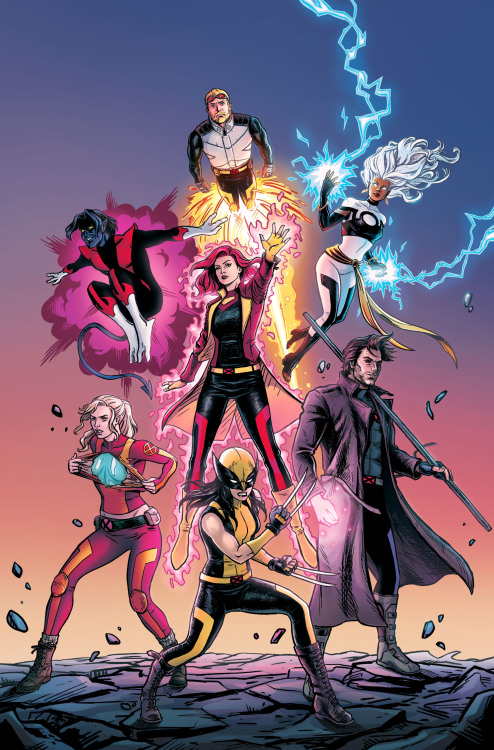