Fellow Studyblrs, I did a Rocketbook review video!

I’m on break from work, so I decided to come to the Math Center Library and review some banking terms for a Business quizz that I’ll do later today

I’m chugging away on Project Quaere et Inveni, but I wanted to take a moment to give my opinion on a little notebook and the app that comes with it.

The way it works is that is has a series of symbols on the bottom of each page.  On the inside front cover are the same ones, but you can write in which symbol goes to the which destination.  (These should match how you set them up in your app as well.) It can sync up to your Google Drive, Dropbox, and (most importantly for me) EverNote along with a few others.

The real thing I like with the app is that you can do pdf scans.  It scans multiple pages (that have to have the same symbol marked in the notebook and the option has to enabled in the app) and consolidates them into a single pdf file.  I wrote up four pages of notes for my game, scanned, and now they sit in my game’s project notebook in EverNote.  Though I need to figure out how to set up color in my scans since I have multiple Frixon pens now in various colors. ^^;

But, this little notebook beats carrying around a ton of notebook paper!

#DK talks, #rocketbook, #rocketbook everlast, #recommends it to folks that a world building or doing other writing
5 notes · See All
musicandstudiesPhoto

Got my Rocketbook Everlast today!! I’m so excited!! Love it already!!! 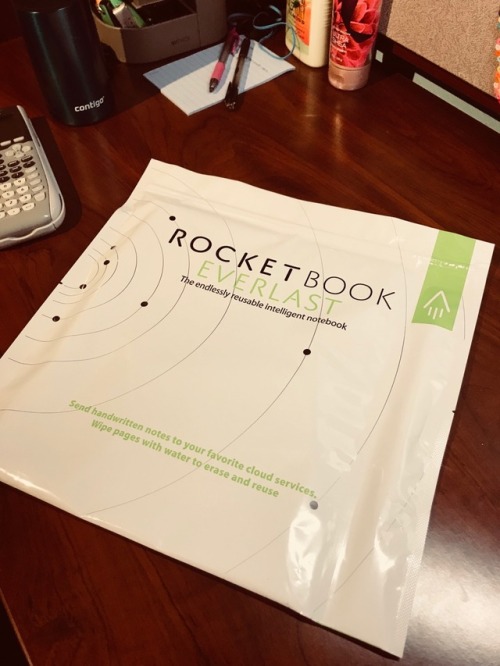 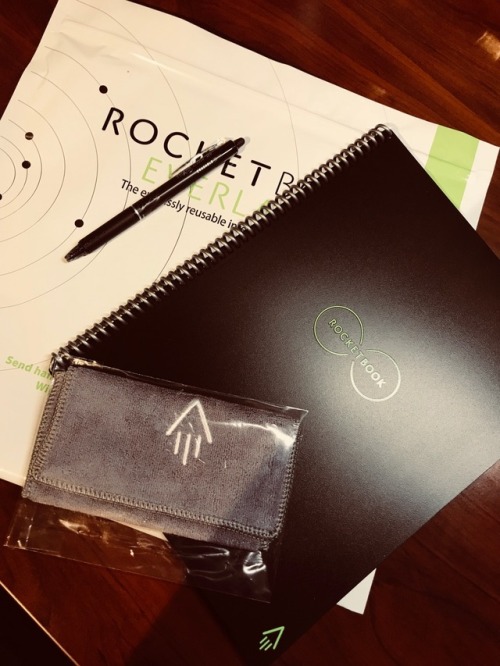 #I want to post more original stuff, #so here’s something I wrote a long time ago, #Rocketbook everlast
2 notes · See All
collegebossText

At the beginning of 2018 I tried taking notes for my lecture classes in the Everlast notebook, which has been getting some hype as of late. And here’s why I stopped trying to even struggle with it after two weeks of class notes, and what I do with it now:

Why it’s horrible for lectures:

-The friction pen that’s suppose to be used on the plastic notebook sheets takes longer to dry, since it’s not being used on paper, and smears everywhere (left handed users beware). Also, because it takes a longer time for the ink to dry, it’s difficult to keep up with note taking during lectures, due to waiting for the pages to dry before you can flip the next one over.

- If you write to hard on the pages, it’ll leave bumps and creases that will be difficult to get the friction pen to leave ink on, on the next use.

- Takes up more time, between trying to take a good picture of each page one at a time (and at the right angle so that the ink doesn’t have a weird color reflection that makes the notes look messy and hard to read), and trying to wash the notebook off in a public bathroom sink before the next class (one notebook lasts me 4-6 lectures, which is about two days).

- Organization and editing previous notes are also a major problem. The notes are entered in by date, and after taking the photos to enter them in, notes can no longer be edited unless you were to print them out.

- The actual notebook writing portion is 8 1/8″ by 5 3/8″ (the white section not measured is where the boxes directing where the page will be sent to lies).

What I do with it for now:

- Make basic diagrams that are re-printable.

- Basically for anything I don’t mean to keep after it’s used, so that paper won’t be wasted.

The producers have a good idea, don’t get me wrong, it’s just that the Everlast notebook isn’t very convenient for day-to-day college courses, as it is now. It’s more of a colored gel pen, Washi tape, or letter cutter kind of tool. You won’t necessary use it that much, or begin to depend on it, but its a fun little thing to have. I do sincerely hope that Rocketbook will continue to work on their notebooks and apps. 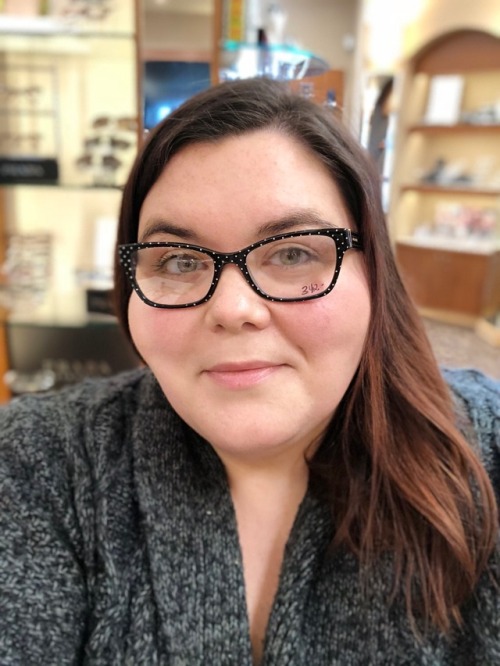 #Day in the life, #Rocketbook Everlast, #New Glasses, #went with the polka dots, #Newbie to the FRIENDS fandom
0 notes · See All
Next Page