Trumpet: Listen, I really need you to relax.

Skeptic, banging fists on table: BUT HOW CAN IT BE “BIRTHDAY CAKE” FLAVOR IF A BIRTHDAY CAKE CAN BE ANY FLAVOR

Anne: I’m excited to finally announce that I’m at my fucking breaking point.

Reporter: What are your thoughts on the Space Kook?

prosciutto: [arrives home on a motorbike]

melone: oh my god… i want to ride that

prosciutto: i know, it’s so fun and the wheels are awesome

melone: … the bike would be fun to ride too i guess

Mimic (offended): Ten thou- YOU THINK IM ONLY WORTH TEN THOUSAND DOLLARS?!

Overhaul (on the other line): Shut the fuck up

Kris: Alright buddy, just show me where your valuables are and I won’t hurt you.

Alexa: Shuffling songs by: The Police.

Fl4k: HE HAS CHOOSEN THE SKAG!

Stanyer: I already named my switch-blade Stabitha, but what’s a good name for a sword?

Peridot from Steven Universe is often thought to be aro. (2013 - 2019) The show does contain some romance between other characters (Greg and Rose, Sapphire and Ruby)

Also, came across a possible platonic relationship between Henry Higgins and Eliza Doolittle in “My Fair Lady” (1964). Otherwise not much romance, iirc. (I haven’t watched it in a while, but listen to the soundtrack often!)] 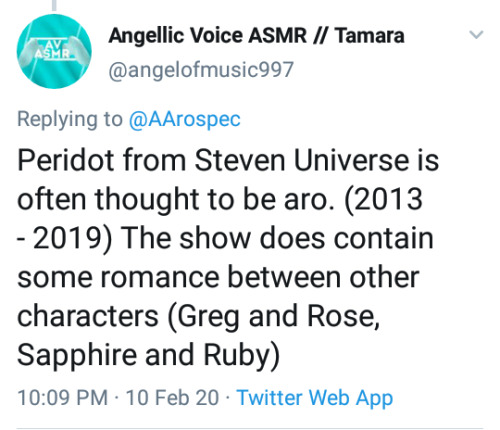 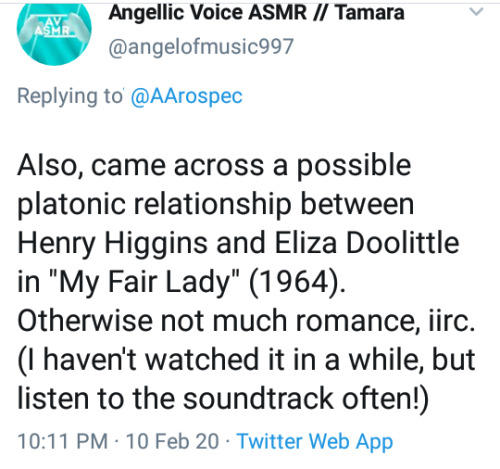 Frozen (2013) and Frozen 2 (2019)
both contain a lot of romance on Anna’s part but it’s not the “most important” form of love; they celebrate all forms of love. and i see Elsa as aromantic bc she doesn’t show any sign of experiencing romantic attraction.] 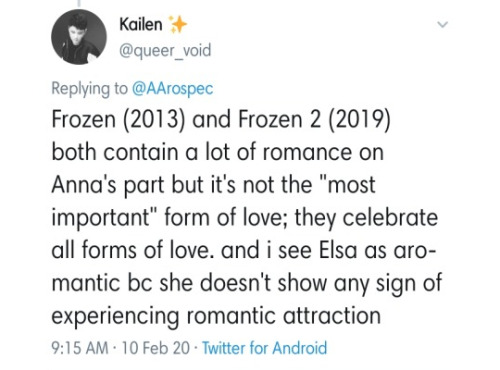